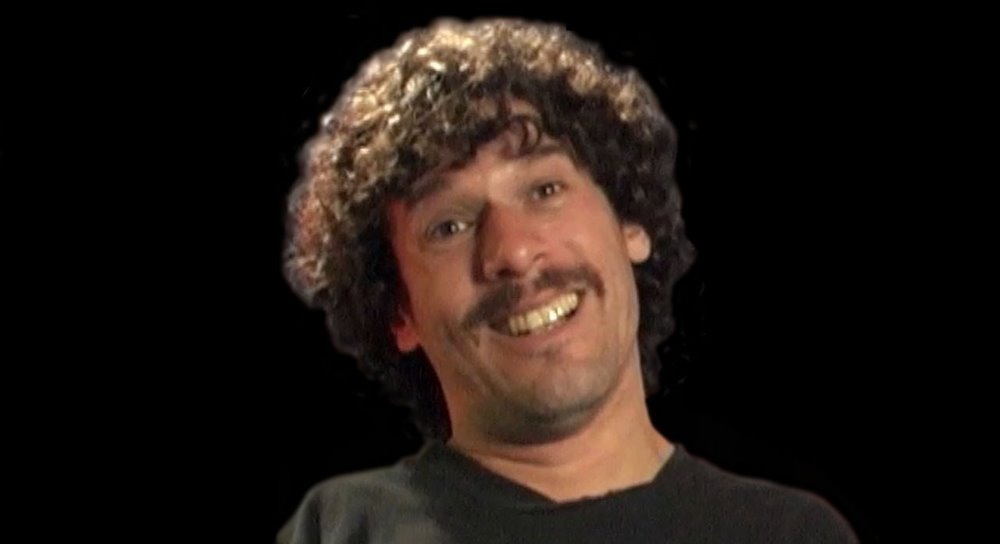 Between 1999 and 2009 Lightsabre.co.uk brought news, fanfic, podcasts and much, much more to the masses. Our one hundred and twenty-seventh guest came to our attention via his groundbreaking internet film TROOPS before moving on to Tag and Binks and The Clone Wars television series – Kevin Rubio.

Lightsabre – As a writer, director, producer and fan, how exciting is it to be an active part of the Star Wars universe?

KR – It’s always cool when I get to play in George’s sand box…and get paid well to boot.

Lightsabre – You worked for Fox Kids on their Saturday Morning line-up. Do you think a lot of your comic book sensibilities sprang from there, or did you bring your own sensibilities to the animation?

KR – Not really. When I was at Fox Kids, I was an animator/artist designing characters and not really focusing on story (though I did have to take that into account). Later I was running the animation art dept. restoring cells, so there was no writing involved there. So if my sensibilities sprang from anything, it’s a lack of proper psychiatric care.

Lightsabre – What initially kick-started your interest in Star Wars?

KR – I was ten and the move had spaceship, laser swords and floating cars. What’s not to be interested in?

Lightsabre – You came to the public’s attention back in 1997 with TROOPS, which was a massive hit with the early online community. What was the inspiration behind mixing COPS and Star Wars?

KR – I was working at Fox at the time, and a group of friends all when to see an advance screening of A New Hope on the lot. As we were walking back to the parking lot we started throwing out ideas for a comic strip that they were thinking of doing for a magazine called Sci-Fi Univ. One of the ideas that was casually tossed out was “You should cross COPS with Star Wars“. I asked if anyone was going to take that one, and when no one said yes. I took the idea and ran with it.

BTW one of the guys involved in that initial discussion was Steve Melching, another writer for The Clone Wars.

Lightsabre – You won a Pioneer Award for TROOPS at the Official Star Wars Fan Film Awards in 2002. How did that feel, getting such recognition 5 years after making TROOPS?

KR – Odd because they all kept it a surprised, and I was kind of being a “dick” to Atom films because they wanted to put TROOPS on their site and I said they could link to TheForce.Net, but they could not showcase it. When they went ahead and did it anyway, my lawyers called them up and threatened to sue them if it was not taken off the site. As a result, if you go on Atom films, you will not see any mention of my award.
I’m thankful to them and Lucasfilm for the honor all the same. 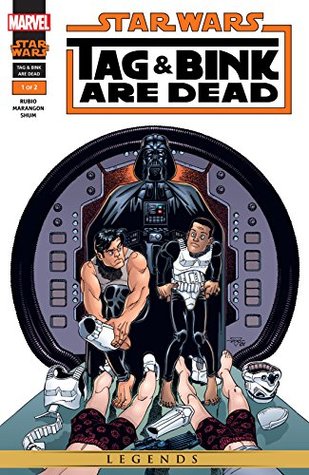 Lightsabre – In 2001 you worked for Dark Horse, creating Tag and Bink. They’ve been a huge success and are massively popular with the fans. What was the concept behind them?

KR – Dark Horse had been asking me to do a TROOPS comic ever since I started writing for them. I didn’t want to repeat myself, but I remembered that one of my writing partners – Steven DeSouza, had mentioned how much TROOPS was like Rosencrantz and Guildenstern Are Dead, so I just pitched that to Dark Horse – RAGAD in the Star Wars Universe.

KR – It was a nice diner held in San Diego. It’s always nice to have a legion backing you when you need something.

Lightsabre – Abyss is your latest project for Red 5 comics. How satisfying is it to be able to plot a story and build the character arcs over a long period of time?

KR – Darth Vader. The guy just needs a hug. Well that and a good HMO. 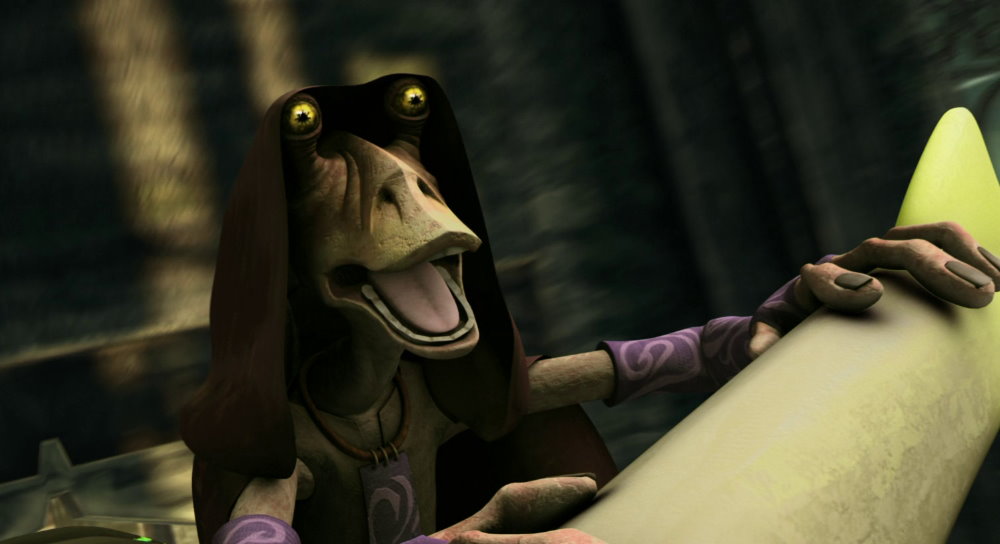 Lightsabre – You’ve become part of the writing team on The Clone Wars television series, writing the 8th episode of season one, Bombad Jedi, which features See-Threepio and Jar Jar Binks. Clearly you have an ear for humour, but The Clone Wars isn’t all-out comedy, so how did you balance the potentially slapstick antics of Threepio and Jar Jar with the more serious aspects of the show?

KR – Well unlike the comics, where I pretty much have free reign and I work outside of Cannon, The Clone Wars is within the cannon universe, so already it’s a different mind set, I also have a good story editor who keeps me in line with George and Dave’s vision, and when that fails, it gets re-written by Henry Gilroy or Steve Melching.

Lightsabre – What are your hopes for the forthcoming live action series?

Lightsabre – It’s been a great interview, and thanks for being our guest on Lightsabre. Just one final question. The Stormtroopers from TROOPS, Tag, Bink and Jar Jar Binks are all riding the last train home when the line is attacked by a giant space slug, eager for a meal. All of them have their own unique ways of tackling the monster, but which one manages to succeed and how?

KR – Man, I hate math problems…uhm….Jar-Jar, when he accidentally spills salt from the dining car on the slug.