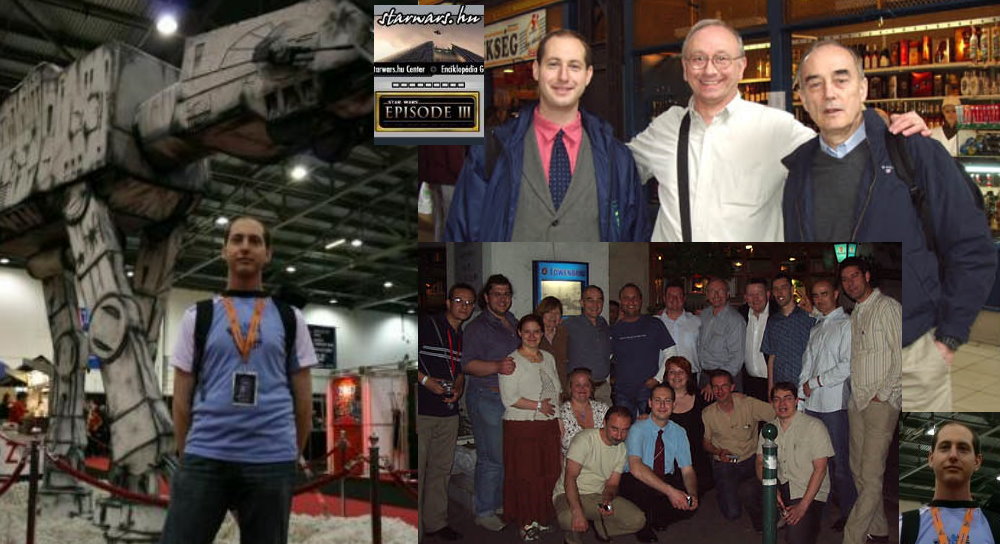 Between 1999 and 2009 Lightsabre.co.uk brought news, fanfic, podcasts and much, much more to the masses. Our ninety-seventh guest was part of Hungary’s biggest Star Wars fansite, starwars.hu – Petovari Attila.

PA – Welcome to all readers! 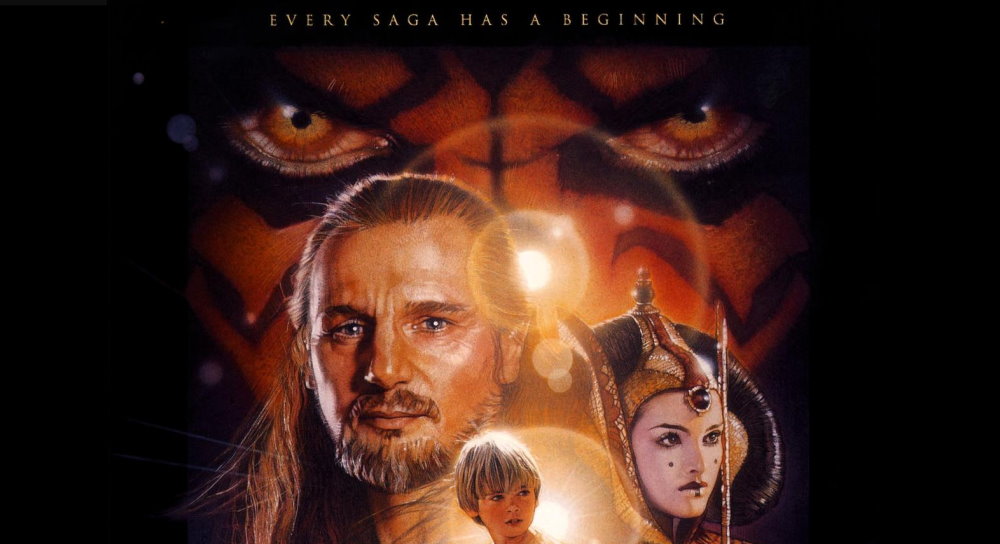 PA – Most of the fans would say that Star Wars is love at first sight but for me it was a longer process. The first experience was the classic trilogy that I saw on VHS in 1996 and I said: they are the best movies! Unfortunately, I missed the special editions but I decided to watch the next chapter, The Phantom Menace in a cinema. I watched it with a friend and it was a huge experience in comparison with the VHS tapes. I immediately decided that I wanted to see Episode II on the fan premiere in a multiplex. On the 16th of May 2002 I went to Budapest (after I managed to get some tickets) and I was waiting for the movie with hundreds of fans. That was the time when I understood what enthusiasm is and that was the moment when I called myself a Star Wars fan.

Lightsabre – starwars.hu is Hungary’s biggest Star Wars fansite. Tell a bit about how the site grew and developed to where it is today?

PA – It was founded in 1999 as one of the first Hungarian Star Wars sites. I joined them on the summer of 2004 and now we have five staff members. The heart of the portal is a huge databank in Hungarian which has been expanded regularly during the years. The other main feature is the news – we try to publish news every day which is very hard since we have normal jobs and make the site in our free time. Now our main goal is to redesign the site and find more possibilities to expand it. 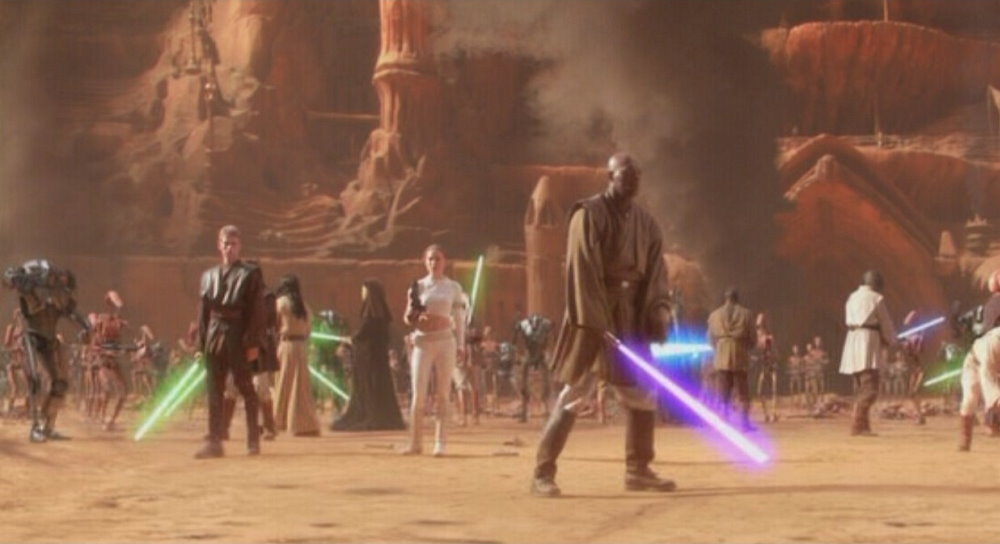 PA – It’s hard to say. After Revenge of the Sith I watched the six movies together on DVD and I felt this is one story with six parts. If I must name an episode, I would say Attack of the Clones which made me a fan.

Lightsabre – What is it like to be involved with such an important part of the Star Wars phenomenon in Hungary, bringing the news to your fellow Hungarians?

PA – It’s fun and a responsibility. Fun because I really like to write news and try to spread what’s going on in the Star Wars universe for the Hungarian fans. But it’s also a responsibility that I have to take care what I write because hundreds (or thousands) of people read it. When I write news I try to add some extra to the information, mostly my feelings about it or some prediction for the future. I hope that the readers like it – I haven’t had any criticism from them so far. 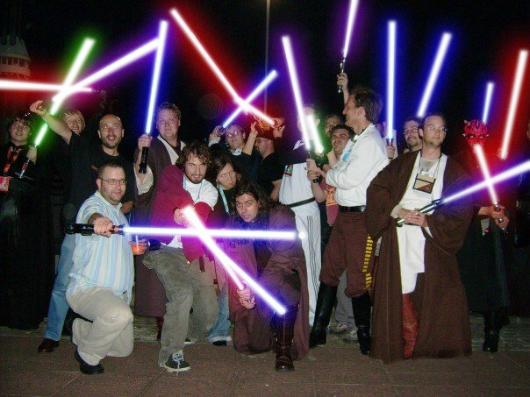 PA – I could tell you stories for weeks! Of course, seeing a Star Wars movie for the first time (and afterwards many more times) is a typical golden moment, but it’s also great to feel that Star Wars lives: new books, video games and every small information about the TV-series. And – which is also very important for me – the friends. It’s always a huge pleasure to attend in a Star Wars event with friends: the forum meetings, the Hungarian club events and the most memorable: Celebration Europe. And I couldn’t miss the possibilities to come to know Star Wars actors who helped to make Star Wars to such a great part of our life.

PA – I would say Qui-Gon Jinn. I remember almost starting to crying when I saw him die. He is a Jedi, a person who is as positive as I always want to be, but he is also wilful and he doesn’t fear to express his own opinion and act as he thinks best, even if it’s not the recommended way by others.

PA – I think the movies are quite perfect, no need to change anything. There were some changes during the years (special versions, DVD editions) but I don’t feel that they were so important – I like both the original and altered versions. What I would change is only the release date of the movies: since I was born in 1982 I couldn’t watch the classic trilogy in cinema so George Lucas should have been waited at least 12-15 years!

Lightsabre – What interests do you have outside of Star Wars? I understand you are a table tennis umpire? 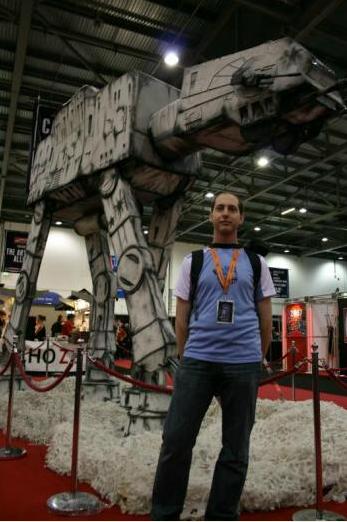 PA – Yep, an international one. I have been playing table-tennis since 1996 (yes, the same year when I saw the classic trilogy) but I realised that I couldn’t be such a good player to participate on the Olympic Games so I decided to be an umpire and have an Olympic Games on the other edge of the table. I love to watch movies (I have a pretty large DVD collection at home), to solve crossword puzzles, to play video games and to sleep if I have some spare time!

Lightsabre – The television era of Star Wars starts in the autumn of 2008 with the Clone Wars and in 2009 with the live action show. What are your hopes for the shows?

PA – Lucas is famous for making revolutionary technologies and I bet he has some idea to make something new with the Star Wars again. I also hope that both of the series will expand the galaxy with great characters, locations, vehicles and prove that Star Wars is forever by making more and more fans.

Lightsabre – What do you foresee for starwars.hu in the future?

PA – I pray to have a brand new site within some months with modern technology and a spectacular design which would help us to make easier editing, give possibility to expand the current content and introduce some new features – but they are a secret now. We really think that the things mentioned above will increase our popularity.

PA – This is a great one! Unfortunately I couldn’t read the huge material about the Setnin sector but I checked the amazing interviews. I couldn’t say anything else but please continue!

Lightsabre – It’s been a great interview, and thanks for being our guest. Just one final question. Gerald Home calls you up one evening and tells you that he has been offered three acting jobs, but he doesn’t know which one to take. He can play Tessek, the Mon Calamarian or he can once again be Mister Muscle. Which role do you suggest he accept, and why?

PA – Mr. Muscle ads are really funny but they are not the part of Star Wars so there is two remaining. Since I have some advantage by knowing the background story of his characters I would say Tessek – he is much more exciting than a Mon Calamari officer. But only in that case if George Lucas and the staff would provide perfect air flow in the mask and would remove the pits around Gerald!

This interview was originally posted on lightsabre.co.uk on 17th February 2008.