Between 1999 and 2009 Lightsabre.co.uk brought news, fanfic, podcasts and much, much more to the masses. Our one hundred and seventeenth guest trooped as Stormtrooper TK-8738 in the UK Garrison – Trevor Lloyd.

TL – Hi, pleasure to be here. Me and Lightsabre have built up a good relationship, crossing paths many times at events ranging from Celebration Europe to Memorabilia where I have often shared a chat with Mark and at least one late night beer.

I will never forget our first meeting either. I was doing my thing at CE posing for group pictures, doing my very best to look serious and there was your face in the crowd cheekily poking your tongue out. Needless to say this made me crack and I had to turn away in an attempt to compose myself only to find that you were still there when I turned back.

Funny, I remember thinking you were funny. I never thought I would hear from or see you again. Small world, good times. 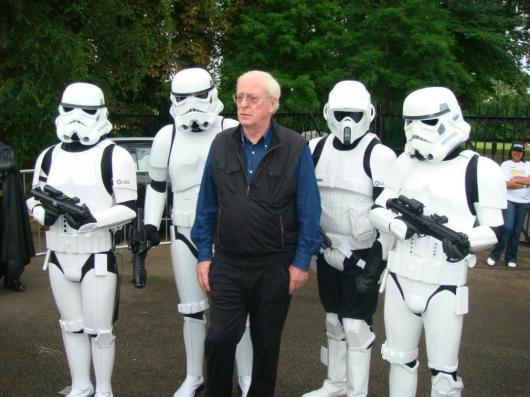 TL – Hmmmm, difficult to answer this is. I would love to tell you the age old story that my Father took me to the cinema to see Star Wars in ’77, but alas it was not like that.

I do remember when I was very young seeing snippets on TV. I was the type of kid that couldn’t sit still to watch a whole movie. Images that I carried through to when I was a young adult and I thought ‘I want to know what that’s all about’, those images where Han Luke Kenobi and Chewie in the cockpit of the Falcon and the line “get this big walking carpet out of my way.” They just never left my head.

Sadly the first Star Wars movie I got to see on the big screen was Return of the Jedi. I bought the box set, watched it through and was hooked. For me it really stood out as something more than a movie. I loved the morals and seemed to care about what happened to each and every character. I wanted to learn all their names and started to collect toys. It stayed this way for years enjoying Star Wars by myself. No fan clubs, didn’t go to conventions or really communicate with other Star Wars fans. This led to me always buying merchandise as if I was looking for a definitive piece. A little obsessive really.

There is a lot you can draw from the Star Wars morals and carry through to real life. We have all at one time or other done something whilst angry that we have regretted later. I always know I can trust a fellow Star Wars fan because you know they can see the morals and understand the magic. We are all forever young. We’ve all got jobs now yes, but we are all still here talking about it taking time out for conventions and socials.

All that mixed with the countless iconic images and sounds all backed by the awesome John Williams soundtrack, the original trilogy was always going to be unforgettable. Still feeling the Buzz!

Lightsabre – The 501st is huge and practically everyone has heard about it. Can you tell us a bit more about the UK Garrison?

TL – The UK Garrison is a non-profit organisation. The brainchild of the late Graham Campbell, he wanted to be a Stormtrooper but he also had a vision to create somewhere he could share his knowledge and create a costume group.

Members attend events in costume raising funds for our three main charities Make-A-Wish, Medicinema , NSPCC and have raised over £100,000 in the last 4 years.

For me finding the Garrison was a moment that changed my life in so many ways. I met them at Memorabilia late in 2006. I was wearing my recently completed Jedi outfit (at this time I had no idea the Garrison existed ) I had never been to a convention before let alone wore a costume in public, but I held my breath and went for it. I was really nervous as I got changed in the car park. Kitted up I headed for the N.E.C still nervous I walked around the corner only to see in the distance 2 Stormtroopers a biker scout, an Imperial officer and Jango Fett. Needless to say my confidence and my pace of walking immediately increased. Only to be immediately arrested on my arrival.

I had to find out who they were. Since then I have attended countless events right from the big ones Like CE to the fantastic little troops fetes hospitals and such.

I joined as a member of the Rebel Command, received a grand welcome when I signed up to the boards and was surprised how active the group was and blown away at the professional manner the club was being run. I have since turned to the darkside and have been so enjoying the thrills of trooping as a TK. Believe me, it seems everyone loves a Stormtrooper, young old even people who don’t know what we are still demand their pictures. The Stormtrooper is a powerful image and it seems people will do almost anything we ask of them. I’ve made butch grown men pose as a teapot, arrested Police officers, posed with stars, everyone wants a piece.

So glad I joined, I have made so many friends, some are practically family now. 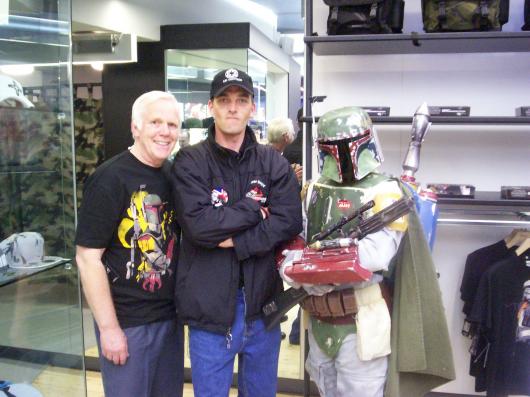 TL – You know whenever I am asked this my mind seems to jump to The Empire Strikes Back when it really should be A New Hope, due to the fact it was a concept movie and the first of its kind.

Why Empire? Maybe due to Yoda mixed in with the jaw-dropping revelation later in the film – I won’t say any more, don’t want to spoil it for those who haven’t seen it yet, but if you ask TK-8738 about the movies he will tell you should not be watching what is basically Rebel Propaganda!!!

TL – Fantastic! As a costumer and fan I have found myself in some real privileged positions and met some fantastic like-minded people. It’s a community like no other I have ever known, there is a lot of trust and love between Star Wars fans both inside and outside of the Garrison. It has become an integral part of my life.

TL – Yes, many happy memories. Most of them are attached to trooping. I have been fortunate enough to meet a few of the Brit stars of the originals. Jeremy Bulloch is a personal favourite of mine, such a great bloke.

CE was also fantastic and it was great to see so many fans in one place. Three days of socials too – who could ask for more? To be honest every weekend seems to be filled with yet another troop, be it a school fete or a big Lucasfilm troop. The good times are constantly piling up.

TL – Have to say Luke Skywalker, if only because of my failure to focus on the here and now. I can’t help but look forward to the next troop or even looking back to the last one. Anything to fill a rather mundane working week. 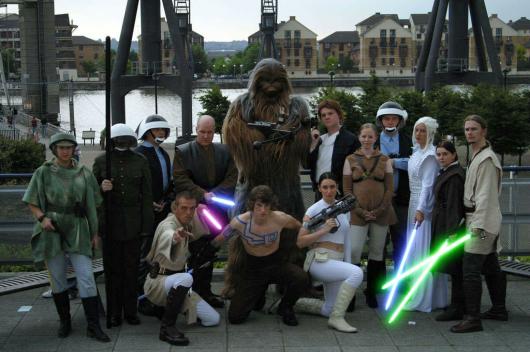 TL – I would probably make Lucas rethink the whole prequel stuff. For reasons of greed I would have had Lucas make the Prequels for the old school fans rather than the next generation (who I admit love the prequels and are indeed the next generation of fans). You have all heard the complaints before – too much colour, too much CGI. I won’t go on!

I must admit, the fishing and football have really taken a backseat to trooping. I troop almost weekly now. If I didn’t have a troop I could attend in a month I think I would lose the plot! 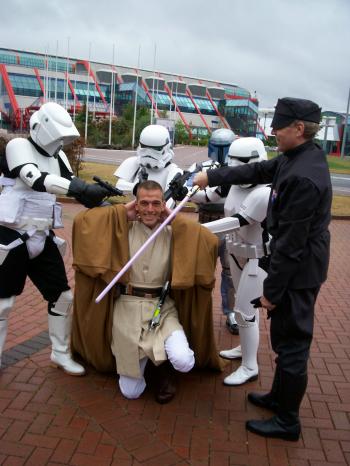 Lightsabre – How many TK units are there in the UK?

TL – The UK Garrison currently has 270 Imperial costumers. 80 of them are TKs. The rest are made up of Biker scouts, Imperial officers, Bounty Hunters, Clones and Sith Lords to mention a few.

In addition to the Imperial side of things the Rebel Command at the U.K.G boasts around 50 Rebel costumes. We have everything from C-3P0 to Jedi to Wookies, all cleared to the same high standard as the 501st members.

Lightsabre – In a battle who would win? TK-8768 or Jedi Master Wattaloda?

TL – This one is easy because I love them both equally. I can be totally unbiased. The logical conclusion of any battle between a Jedi at the peak of his trade and a survivor of the battle of Geonosis and mindless TK that can barely count to 10 let alone shoot straight would mark the certain destruction of said TK.