Between 1999 and 2009 Lightsabre.co.uk brought news, fanfic, podcasts and much, much more to the masses. Lightsabre closed its doors in 2009 and as such, a handful of interviews went unpublished on the site, so here is our 153rd interview, with Marvel artist Cynthia Martin.

Lightsabre – When were you first contacted to work for Marvel? 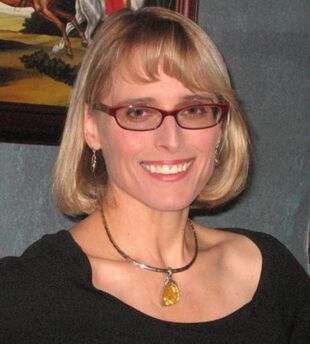 CM – I believe it was 1984. Mary Jo Duffy took my card at the first convention I ever attended, in Los Angeles. Ann Nocenti, the editor, called me (about a week later?) and offered me the Star Wars gig.

Lightsabre – What was your reaction?

CM – I covered the phone with my hand and my knees went out from under me. I mouthed to my fiancé’s mother, “Oh, My God.” Luckily, the editor was still speaking and by the time I had to answer I was under control. Also, I was really scared.

Lightsabre – Is it true that Star Wars was your first gig as an artist?

CM – It was my first paid job. I did a book called Ms. Victory and finished it but they never paid me. However, those pencils got me the Star Wars job.

Lightsabre – Were you familiar with the Star Wars fandom? 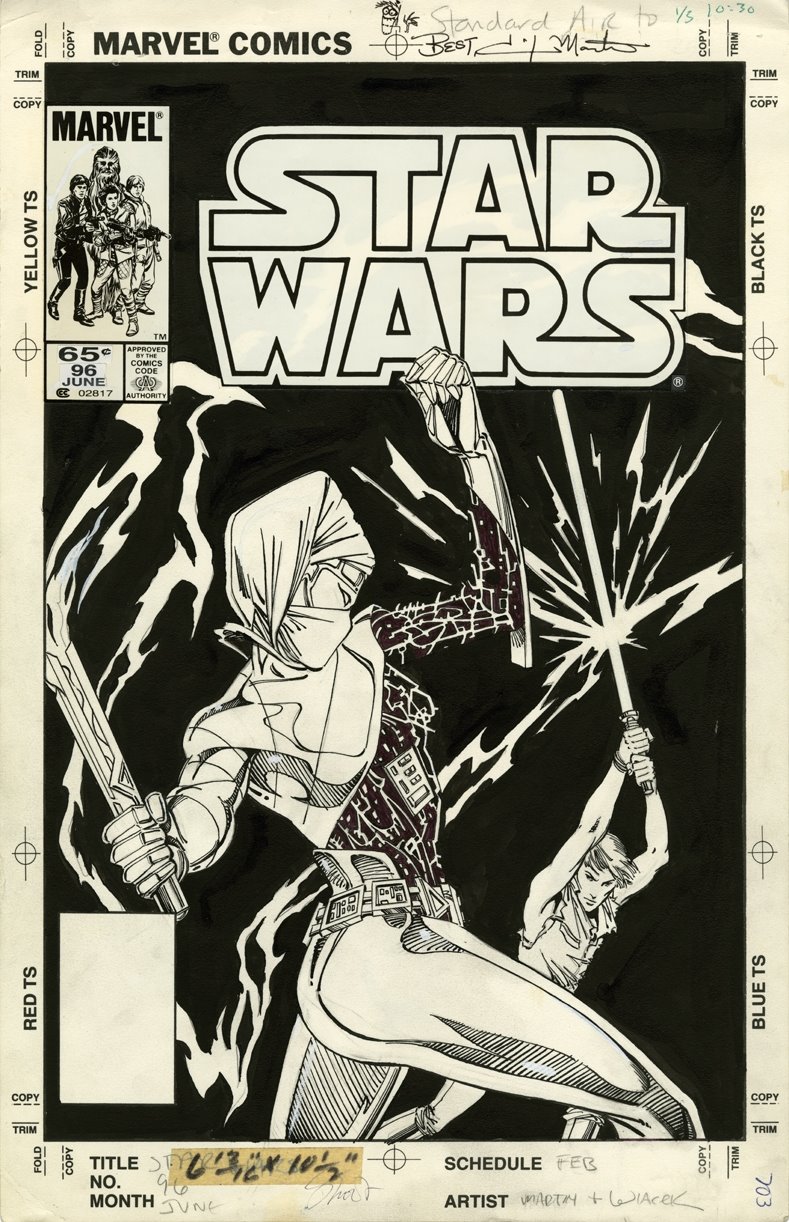 CM – Yes, because I was a huge fan myself.

Lightsabre – How was your relationship with Jo Duffy?

CM – She discovered me and became my mentor. She brought me to New York, bought a bunch of Manga on her own nickel, and showed me the style she wanted. She’s an immense talent. She also took me to see The Karate Kid, which I never would have seen on my own.

Lightsabre – Did you receive any directions or restrictions from Lucasfilm or Marvel?

CM – The reason the expanded universe existed is that Jo Duffy had to invent it because so many of the movie characters, like Obi Wan Kenobi and Darth Vader, were off-limits under instructions from Lucasfilm. That’s why Lumiya was invented, to be a female version of Darth Vader that we could use in the stories.

Lightsabre – What’s your favorite of your covers for Star Wars?

CM – I really liked a painting Bill Sienkiewicz did over some of my pencils for the cover of Luke confronting Vader in a dream.

Lightsabre – Can you share some thoughts about how you envisioned both the Nagai and the Tof species? 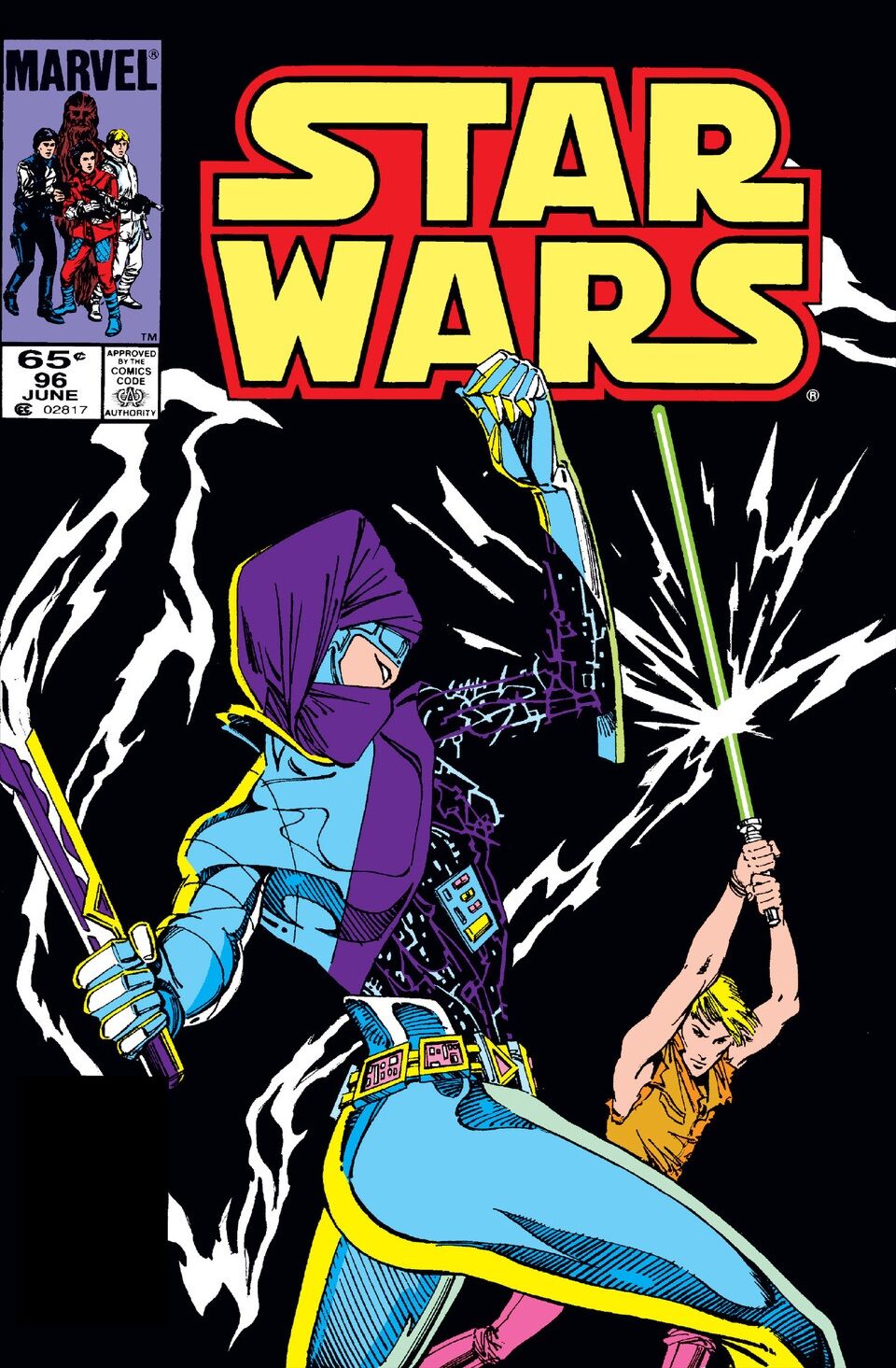 Lightsabre – You had the opportunity to draw Lady Lumiya. What do you remember about that?

CM – I was very excited to design Lumiya. She was based on medieval Japanese female ninjas. Jo had the gift of making her characters very interesting. I went over to her house and we looked at Japanese films. A lot of thought went into her character, so I’m glad people still remember her.

Lightsabre – Can you tell us something about the sudden ending to the Marvel series?

CM – There is a whole issue that we penciled, inked and lettered that never saw print. Indeed, we felt it was some of our best work and we were finally hitting our stride. But Marvel lost the rights to publish Star Wars, so we were paid for that issue and set at liberty.

Lightsabre – Did you know the series was going to end?

CM – No. The ratings were low and we were always on the bubble, but in those days that didn’t mean your series was going to be canceled, so there was no warning of any kind.

Lightsabre – Was there any work of yours that never got published?

CM – Plenty. There was also a story for DC for a Big Book of Wild Women. Lightsabre – Did Marvel explain why the series was cancelled?

CM – There is an incredible, amazing, funny story, but I have no idea what the legal issues are so I can’t tell it.

Lightsabre – Did you continue to follow Star Wars after your Marvel work?

Lightsabre – In the 90s, the Star Wars Marvel series was poorly regarded but that attitude has rightly changed. How do you feel about that?

CM – It’s really nice because at the time everyone hated what we were doing. I was young, so it really affected me as an artist and a person. Both Jo and I were working very hard. It’s great that the attitude has changed, but I never expected it. It still amazes me.

Lightsabre – How do you feel that your designs have found their way into other books, stories and comics like the Nagai and the Tofs?

CM – I think it’s fantastic, and a credit to Jo’s ability to create lasting characters. Lightsabre – Did you buy the Hasbro Comic pack figures based on your artwork?

CM – Until I got these interview questions, I didn’t know about them. I really want a Lumiya figure.

Lightsabre – In retrospect, how do you look back on the experience?

CM – Gifted writers like Jo managed to introduce characters with story arcs of their own, which has extended the stories by generations, greatly enriching the Star Wars experience for fans. Personally, one of the great joys of my life was being admitted as an honorary member of the 501st, a fan group that does so much for so many and always observes the highest standards of honor, all in the name of the Star Wars universe.