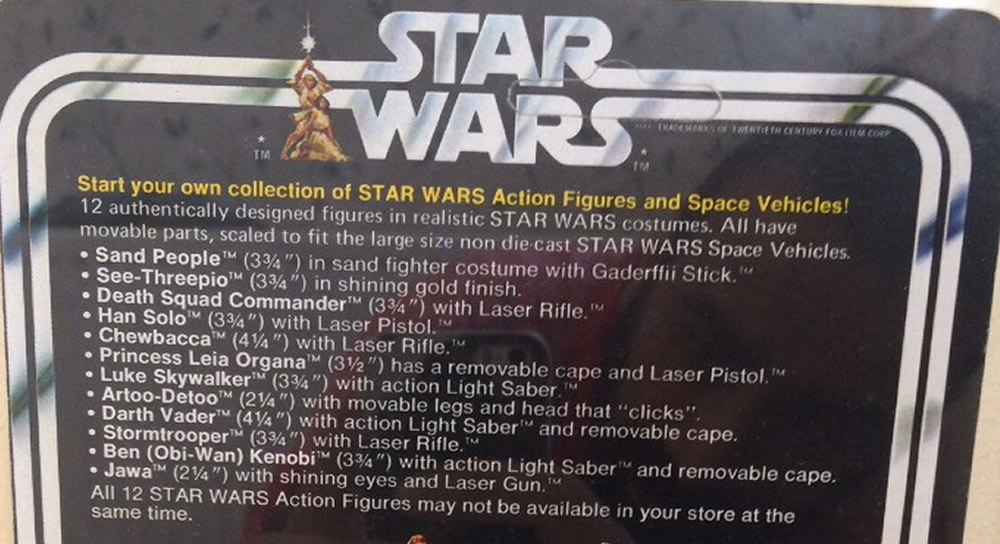 Has 2018 been the year of discoveries or what?  New carded Uzay Headman and ESB45 C-3PO discoveries and now a new Palitoy 12c cardback variation.

NEW 12C PALITOY VARIANT FOUND !!!!!!!!!!
Hiya Folks, As stated on the Mr Palitoy Website there is only A and B version for 12 back Palitoys. Well After 40 years of the 1st Release Of 12 Back Palitoys, I can confirm that this is incorrect and that there is an A Version, B version and C version. Yes you heard right a C version! Look carefully on the C version for added words. 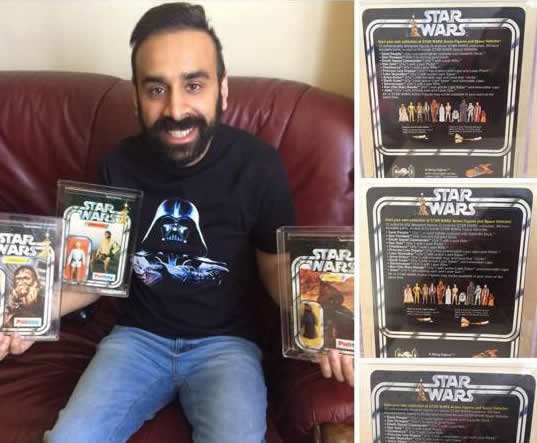 Quite a lot of information is given in this paragraph so I’ll break it down for you.

Mr Palitoy (aka Jason Smith) is the owner of the Palitoy cardback guide website which details all of the variations in Palitoy packaging.  On his website are clear details as to the differences between the 12a and the 12b:

12a – 11 of the first 12 figures have been found on the 12a cardback with only the Jawa proving elusive so far.  The 12a cardback advertises an X-Wing and Tie Fighter which feature light and sound effects which of course the Palitoy vehicles did not have.

So how does the 12c fit into this?  Well, it is to do with the text at the top of the cardback.

That’s right, clarification that the 3 3/4″ action figures do not fit in the less than 2″ high diecast vehicles! The mind boggles that it seems plausible that Palitoy reacted to complaints from parents that the figures did not fit inside the tiny diecast vehicles.

Once the discovery was made then the hunt was on for known figures that could be found on 12c – with equal nervousness and excitement from focus collectors.  Within 24 hours the following releases were found by Jeet and Jason: R2-D2, Darth Vader, Stormtrooper, Jawa, Sandpeople and Death Squad Commander.

If anyone finds any evidence of the other figures available on a 12c then Jason would love to hear from you and he can be contacted through his website or facebook.

The Many Faces of Palitoy exhibition