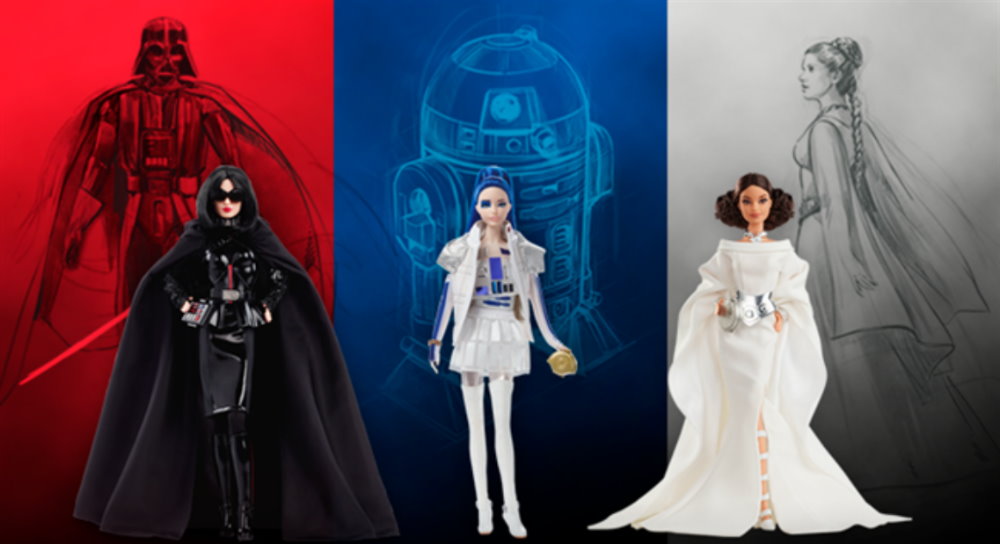 It’s only taken 40 years and my inner 70/80s girl is crying out! I remember when I was 6 years old trying my very best to make the Sindy and Barbie dolls (I had been given and frankly had no interest in) into Princess Leia and create a world far far away!

Mattel, who own the Barbie brand, have announced a range of dolls inspired by the universe of Star Wars;

The collection comprises of 3 dolls including our beloved Princess Leia. The other 2 dolls  themes were chosen for their iconic status; R2-D2 and Darth Vader.

In an interview on Mattel’s blog the collection’s designer Robert Best had this to say:

The character of R2-D2 is instantly recognizable. What are some of the more subtle ways you integrated elements of the droid’s design into the doll’s fashion?

Barbie doll’s hair and make-up firstly are a fun, subtle nod to the signature shapes and colors that fans of R2-D2 will recognize. Her belt is a very specific R2-D2 element that immediately stands out. The silver lining of the puffer vest is also a nice detail.

With the Leia-inspired doll, how did you approach the task of designing a look that’s fresh, yet honors the original, since the movie costume and hairstyle are so indelibly iconic?

With the look inspired by Princess Leia, I knew that keeping the signature elements would be important and the challenge was making them different enough where it didn’t feel like a costume or a strict recreation. I also wanted to make sure Leia’s confidence shined through. I took the hairstyle (that might be one of the most recognizable of all time) and added braids and volume as well as lowering the placement. For the gown I really wanted to amp up the glamour but still keep it relatively clean & simple. We created a stunning white gown with dramatic cape-like sleeves, highlighted with the silver corset belt, necklace and cuffs adding a cool touch of shine and texture.

Darth Vader’s movie costume is actually a suit of life-supporting armor and cybernetics. How did that fact change, enhance, and/or limit your approach to the doll’s couture design?

While these details are interesting and relevant to the characters in the narrative related to the films, when you’re creating a look “inspired by,” the purpose is to capture the essence of the character and include notable details. Then, it becomes more about what the costume and its narrative purpose represents emotionally, and finding a way to convey that through fashion.

The dolls are currently available for pre-order via Amazon. 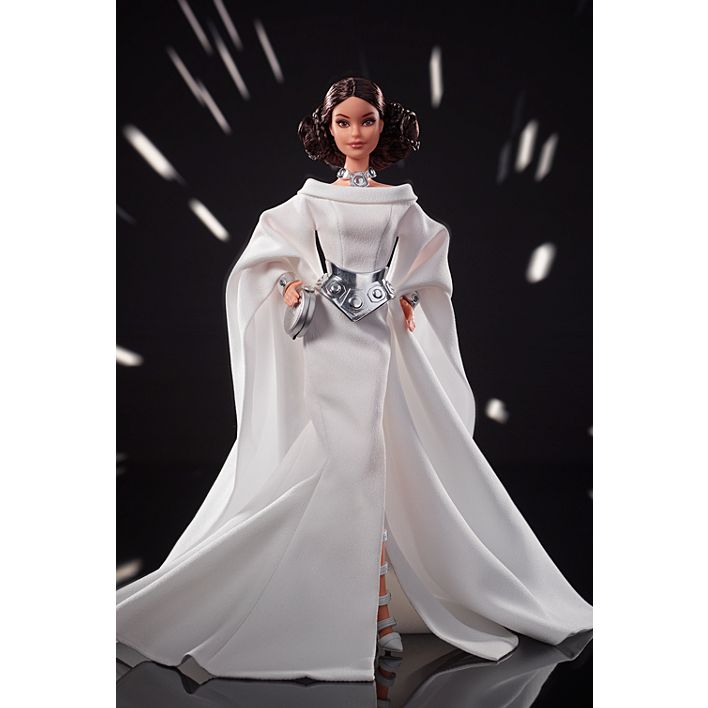 Princess Leia Organa was one of the Rebel Alliance’s greatest leaders, fearless on the battlefield and dedicated to ending the tyranny of the Empire. This collectible Star Wars™ x Barbie® doll captures Princess Leia’s iconic look in an elegant white gown with dramatic, floor-length sleeves. Details include a silvery peplum belt, cuff jewelry and an up-do inspired by her signature bun hairstyle. Star Wars™ Princess Leia x Barbie® doll makes a great gift for Star Wars™ and Barbie® fans. Includes a Star Wars™ doll stand and Certificate of Authenticity. Colors and decorations may vary. 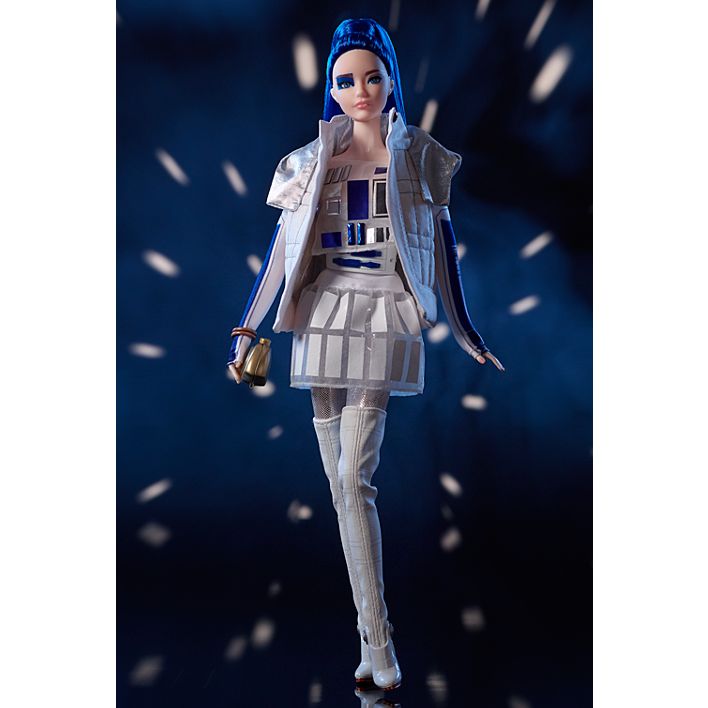 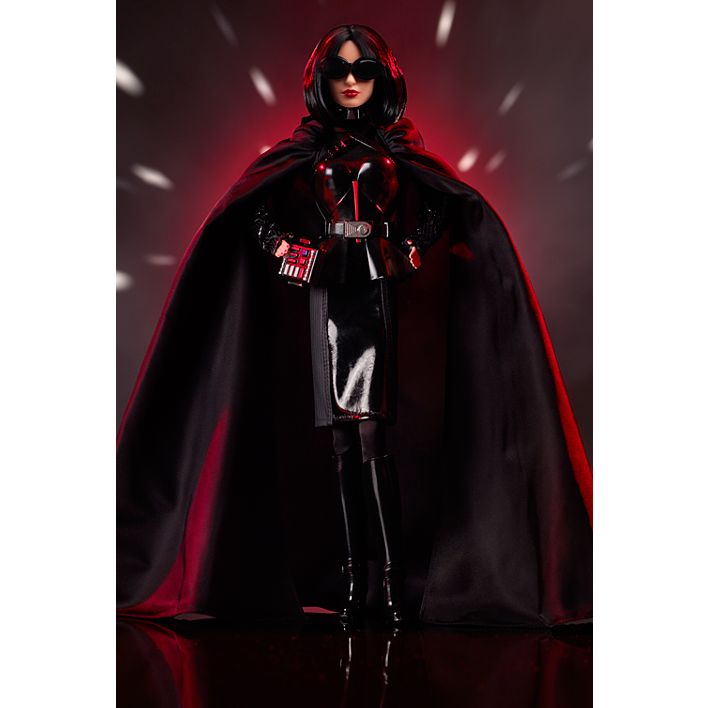 Once a heroic Jedi Knight, Darth Vader was seduced by the dark side of the Force, became a Sith Lord, and led the Empire’s eradication of the Jedi Order. This collectible Star Wars™ x Barbie® doll captures Darth Vader’s Sith armor silhouette in a head-to-toe shiny-black ensemble. Metallic details at her collar and waist, dark glasses and an emblematic black cape finish the look. Star Wars™ Darth Vader x Barbie® doll makes a great gift for Star Wars™ and Barbie® fans. Includes a Star Wars™ doll stand and Certificate of Authenticity. Colors and decorations may vary.

The best little Force House in Texas: Darth Vader house up for sale for $4.3 million