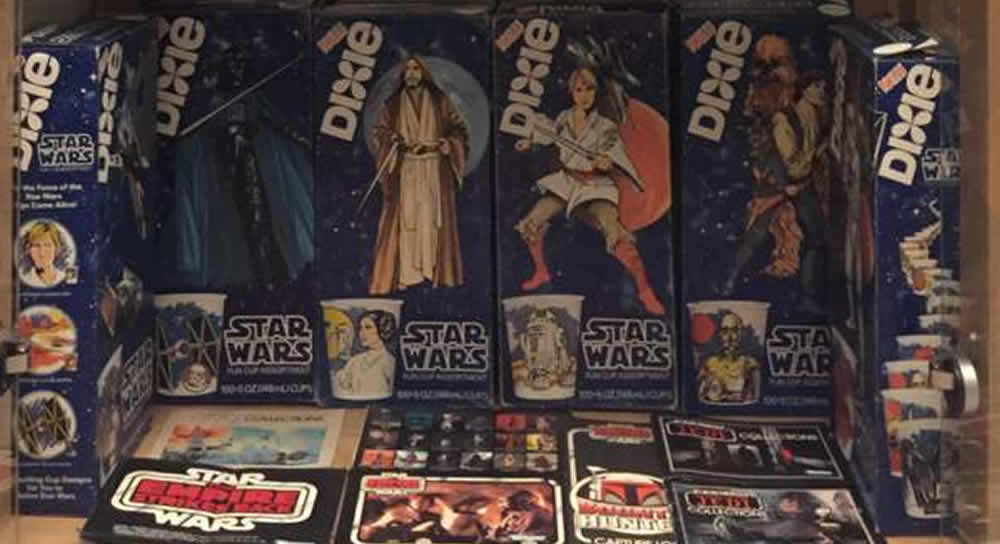 Welcome to the third part in a series of articles on Dixie Cups – a thoroughly rewarding and enjoyable sidestep from the world of vintage action figure collecting. Make sure that you’ve read the first part and then the second part before you continue. Similar to the A New Hope and The Empire Strikes Back Dixie Cup range there are 40 cups in the saga range but I’m sure you’re initially confused as to what the saga range is.  Before the Return of the Jedi range was released Dixie Cups rereleased many of the ANH and ESB cups with slightly different artwork on them – this can make it a little tricky initially to work out which range some of the cups belong to.  Together with the usual range of characters, ships and vehicles and movie scenes, Dixie also released 8 cups called IQ tests which asked fun questions about key characters or vehicles.

The second series of cups feature 10 characters, 8 ships or vehicles, 14 different scenes with movie quotes and 8 IQ test cups.  As you can see from this shot (original ANH on left) there are clear differences between the two and I for one do not think the artwork is anywhere near as good as the original. 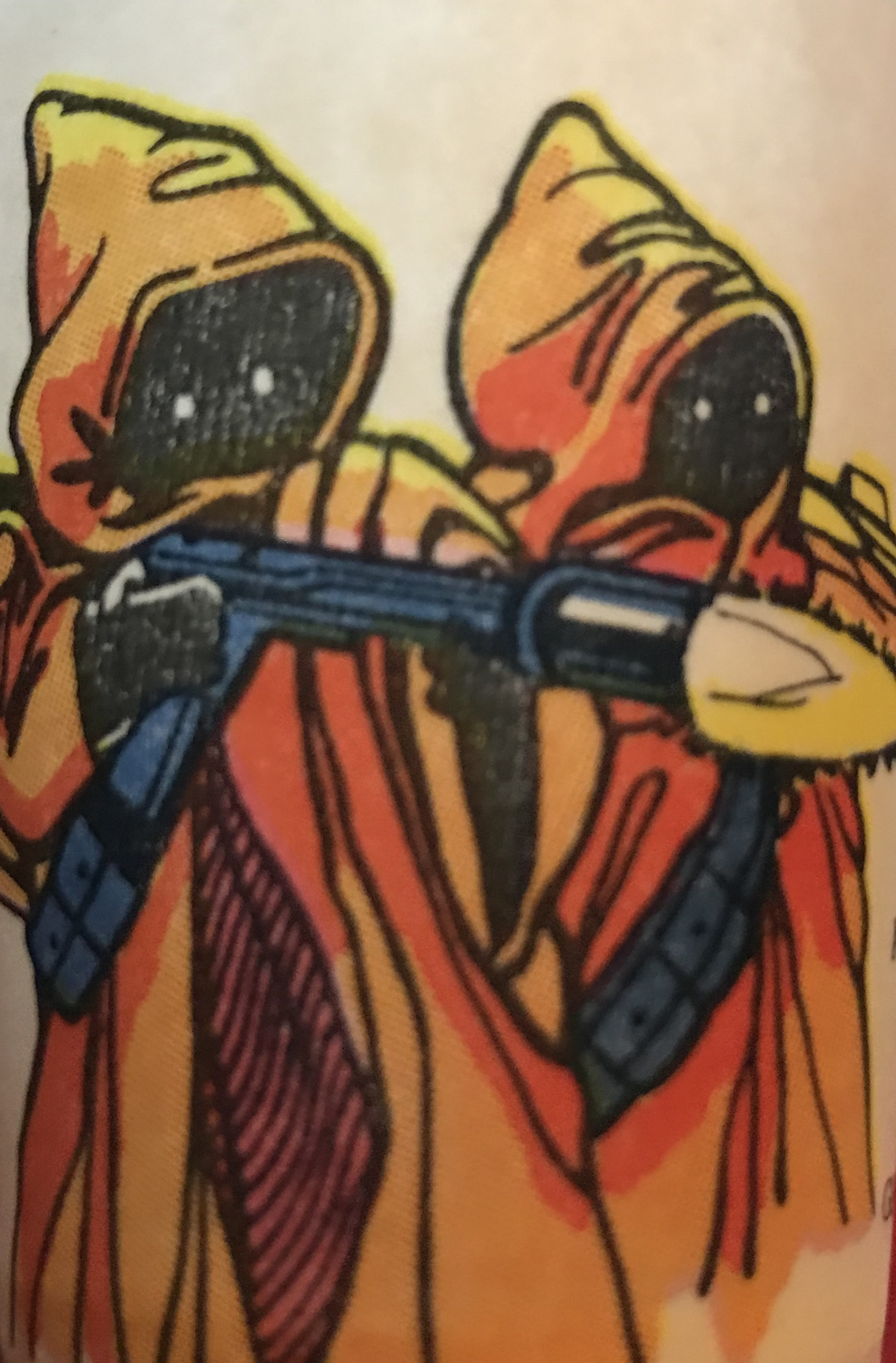 The movie scenes are not cohesive and more than two thirds are from A New Hope.  However, the IQ tests are a fun spin although they could have perhaps put the answer in a better place.  I did initially think on the base of the cup but clearly that wouldn’t work! 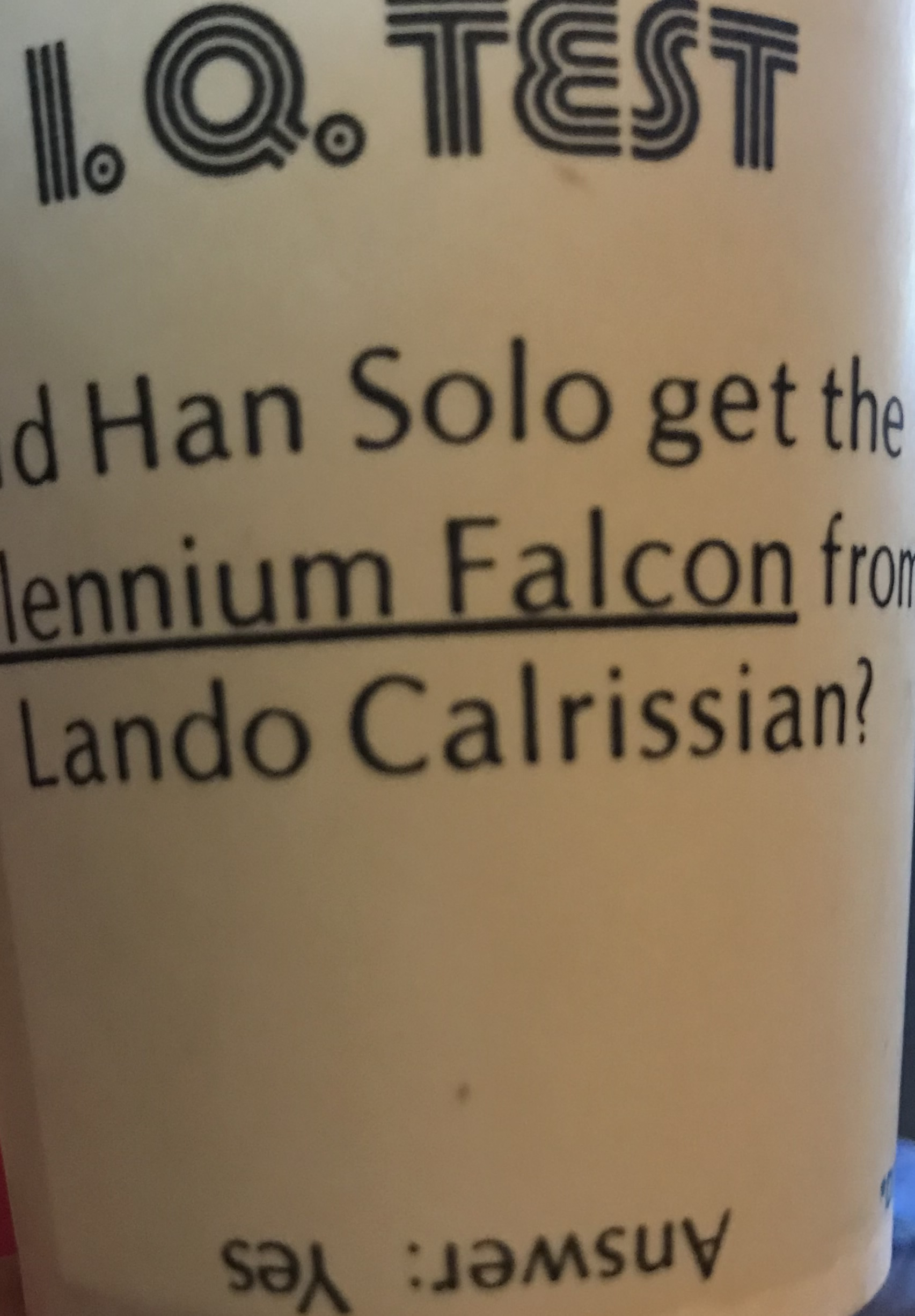 The eight questions are:

These cups were packaged in amazing boxes which featured 100 assorted cups.  For The Star Wars Saga series there are 8 to collect with 4 different fronts and 2 backs: Droids on Hoth, Darth Vader, Han and Leia in a chamber and Luke and Yoda.