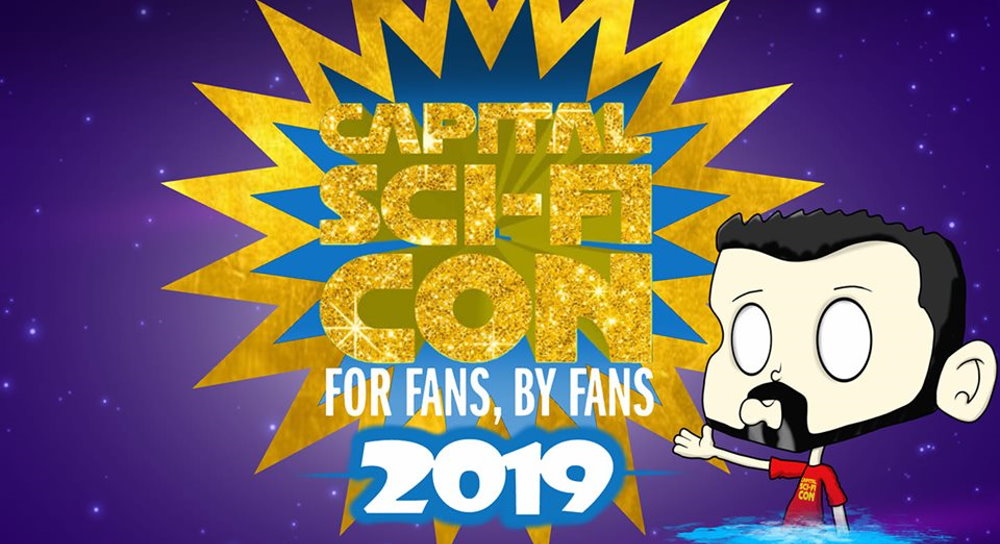 Once again, the team at Capital Sci-Fi Con have raised a crazy amount for charity, with £62,704.16 raised this year bringing their total funds raised in just four years to £250,276.07, a figure expected to rise by another £13,000 once corporate sponsorships are tallied in.

Fantha Tracks were thrilled to be able to attend Capital Sci-Fi Con 2019, with myself, Martin Keeler, Andy Lyth and Brian Cameron helping to host the panels, many of which were recorded for Making Tracks. Take a listen to those shows to get an idea of what a great event this was, and hats off to the entire CSFC team for such a sterling fundraising effort.

Volunteer fundraiser and community superhero, Keith Armour, has raised more than a quarter of a million pounds for Children’s Hospices Across Scotland (CHAS) by putting on five major sci-fi and pop-culture events in Edinburgh and Falkirk – Capital Sci-Fi Con and The Falkirk Invasion.

From Livingston, Keith and his team of fellow volunteers have tirelessly organised the out-of-this-world events since 2016, which have attracted global superstars including Peter Capaldi and Warwick Davis as well as thousands of fans. 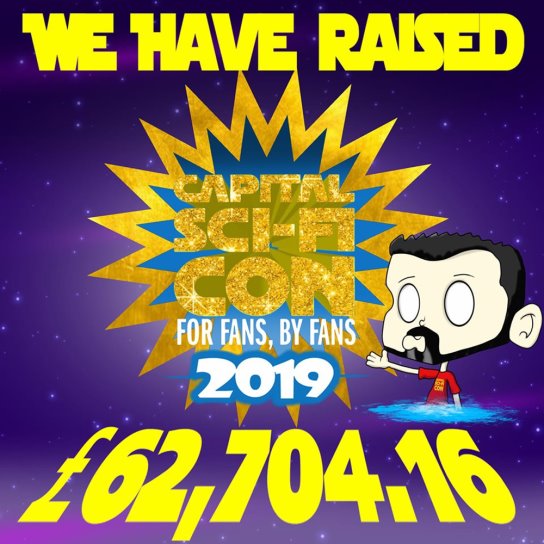 The volunteers – known as the ‘causeplayers’ because they cosplay for a good cause – attended a party at Rachel House children’s hospice in Kinross today, which is part of the CHAS family, to celebrate their success and meet with families that their funds are helping to support.

Keith Armour said: “I can’t believe that our events have attracted so much interest and support. I’m overwhelmed that we have managed to smash our fundraising target of £250,000 for CHAS, which cares for families who are facing the unimaginable – that they’re child is going to die.

“I would like to thank all of the volunteers who worked so hard in making the events a success, the supporters who travelled from far and wide to attend and everyone else involved. Roll on Capital Sci-Fi Con 2020!”

Laura Campbell, Senior Community Fundraiser at CHAS, said: “We can’t thank Keith and the Causeplayers enough for everything they have done. The £250,276.07 they have raised equates to the cost of funding six and a half full-time nurses for one whole year or 32 full days of care at one of our hospices – it’s an incredible amount!

“The team have not only worked tirelessly over the past four years to organise the extremely successful events, but they also take the time to visit families at the hospices to spread joy with their amazing costumes. Many of the children believe they are meeting their favourite superheroes and the looks on their faces are priceless.”

In Scotland, more than 15,000 babies, children and young people live with life-shortening conditions. Working across the whole of Scotland, CHAS is determined to reach every family who needs them, by providing palliative, respite and end-of-life care via its two hospices, Rachel House in Kinross and Robin House in Balloch. While it’s CHAS at Home team and Diana Children’s Nurses can reach families in their own homes and in hospitals across the whole of Scotland.

Find out more about CHAS and how you can get involved by visiting https://www.chas.org.uk.