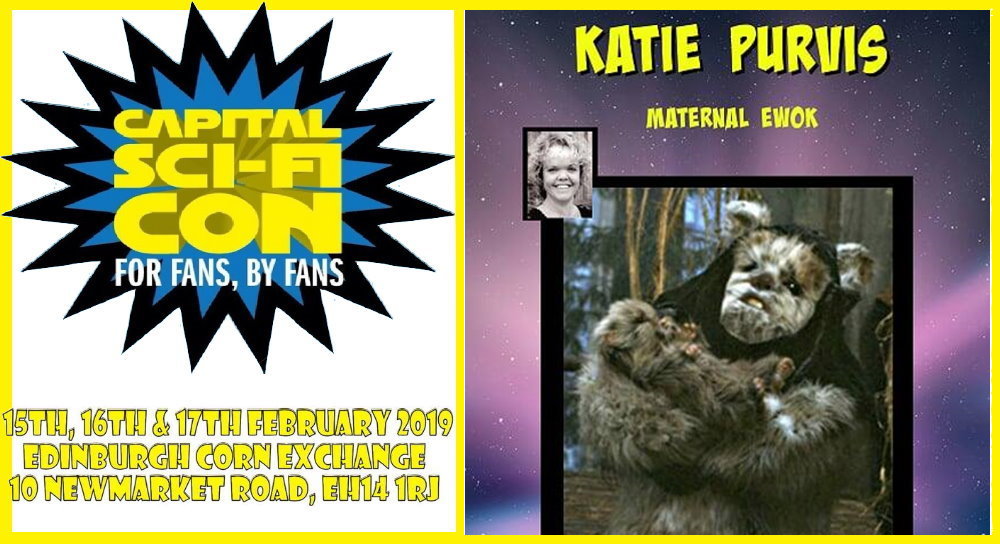 Capital Sci-Fi Con takes place at the Edinburgh Corn Exchange on 15th, 16th, 17th February 2019 and joining the event is a performer from Return of the Jedi. 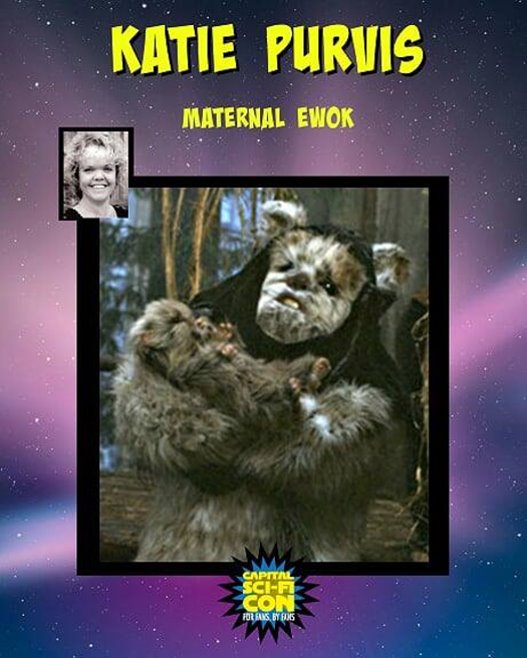 We are really pleased to announce our next guest for Capital Sci fi Con 2019!

Katie, an actress who was originally born in England but now resides in Scotland will be returning to be with us on the 15th-17th February.

Katie has appeared in Films ranging back to her first in: Time Bandits (1981) where she stunt doubled for actor Tiny Ross. Katie then progressed on to being part of the Star Wars saga in Star Wars: Return of the Jedi playing the part of the Maternal Ewok who is holding a little Wokling.

Following on from this Katie now experienced in creature roles acted as a goblin in Ridley Scott’s Legend and played the role of Madame Zitzki in Jim Henson’s Labyrinth, Katie was also one of the Newlyns along side her father in the film Willow (1988).

Katie will be meeting fans and signing autographs over Friday, Saturday and Sunday. She will also be taking part in our panel talks and photo shoots on these days too. You will be able to join Katie at Meal with the Stars on Saturday evening where you can dine with all our guests at a beautiful 3 course meal.

Katie is joined by DJ Elliot, comic guest Nick Brokenshire and guests Angus MacInnes, Jimmy Vee, Annabelle Davis, Mike Quinn, Warwick Davis, Jerome Blake, Chris Parsons, Kiran Shah, Katy Kartwheel, Aidan Cook and Lewis Macleod. Fantha Tracks are there covering the show where myself and fellow Fantha Tracker Andy Lyth are stage hosts for the weekend, so be sure to say hi when you see us on the show floor.