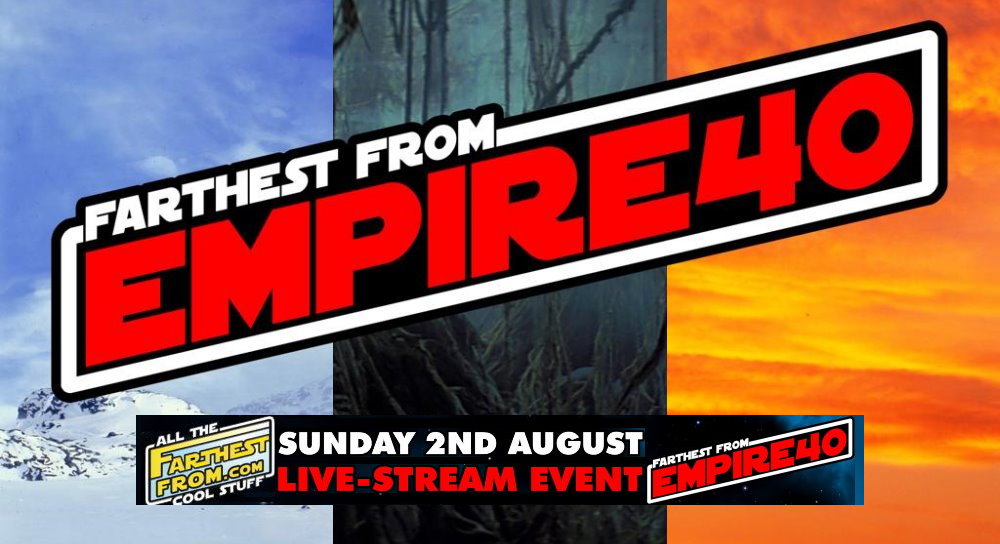 There is just one hour to go until Empire40 launches over at the Farthest From Facebook page, and if you’re not already planning on heading that way to spend the day swimming in all The Empire Strikes Back goodness then why not! Here’s what’s coming your way today:

Fordingbridge, 31st July 2020: Following on from May’s ‘Farthest From 22 LIVE’ online event which replaced the physical running of the ‘Farthest From Vintage Toy Show’ with an online extravaganza featuring Anthony Daniels and Brian Herring, Dave Tree of All The Cool Stuff has brought together a team of creatives to create Empire40, a livestream event celebrating the 40th anniversary of ‘The Empire Strikes Back’.

The livestream is split into three distinct segments. Opening the show is ‘Hoth’, followed by ‘Dagobah’ and finally ‘Bespin’ with content tailored to match each of those unique portions of the film.

The stream also features a selection of podcasts from across the spectrum including the award-winning Rebel Force Radio, The Vintage Rebellion, Skywalking Through Neverland and Fantha Tracks podcasts Desert Planet Discs and Making Tracks. There are panels featuring experts from around the collecting world including the Retro Gamer, Jedi News and SWCA, messages from fandom and the cast and crew of the saga as well as musical performances from Blues Harvest and Darth Elvis, specially produced commercials and quizzes based upon the three key locations of ‘Empire’ – Hoth, Dagobah and Bespin. 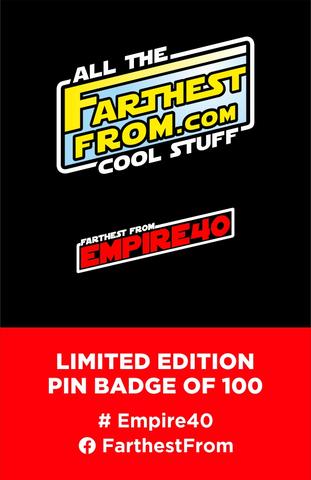 There’s also a very limited edition Empire40 pin badge available from All The Cool Stuff, so don’t delay, get your order in asap as it’s limited to just 100 pieces.

Stay tuned as we will be following the stream on Fantha Tracks Twitter.

Empire40: A Farthest From Facebook Live-Stream Event is less than a week away

Two weeks to go until Empire40, an online event