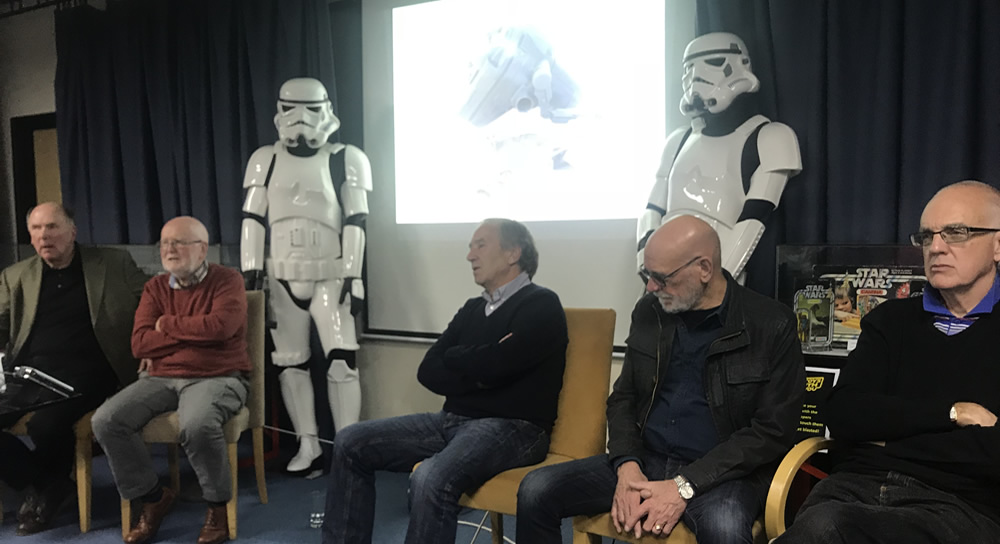 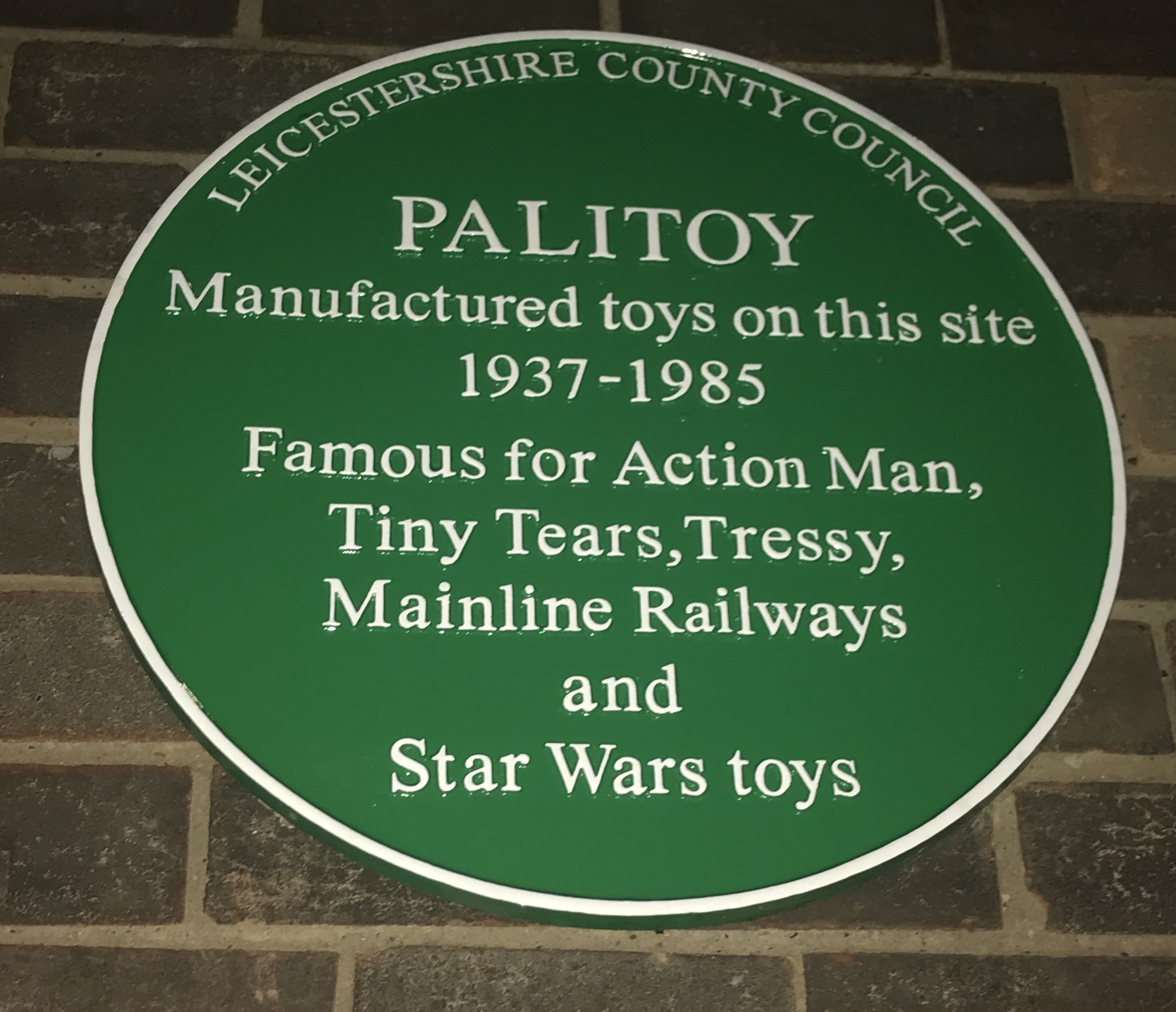 On Saturday 10th November 2018 at 5:15pm around 50 fans of Star Wars were eagerly anticipating an historic event. Former employees from the Palitoy factory were delivering a panel right in the heart of  the Star Wars toy manufacturing region in the UK. The event was part of the “May the Toys be with you!” touring exhibition organised by Matt Fox and collectors from all over the UK witnessed firsthand the amazing range of pre-production and production items on display. 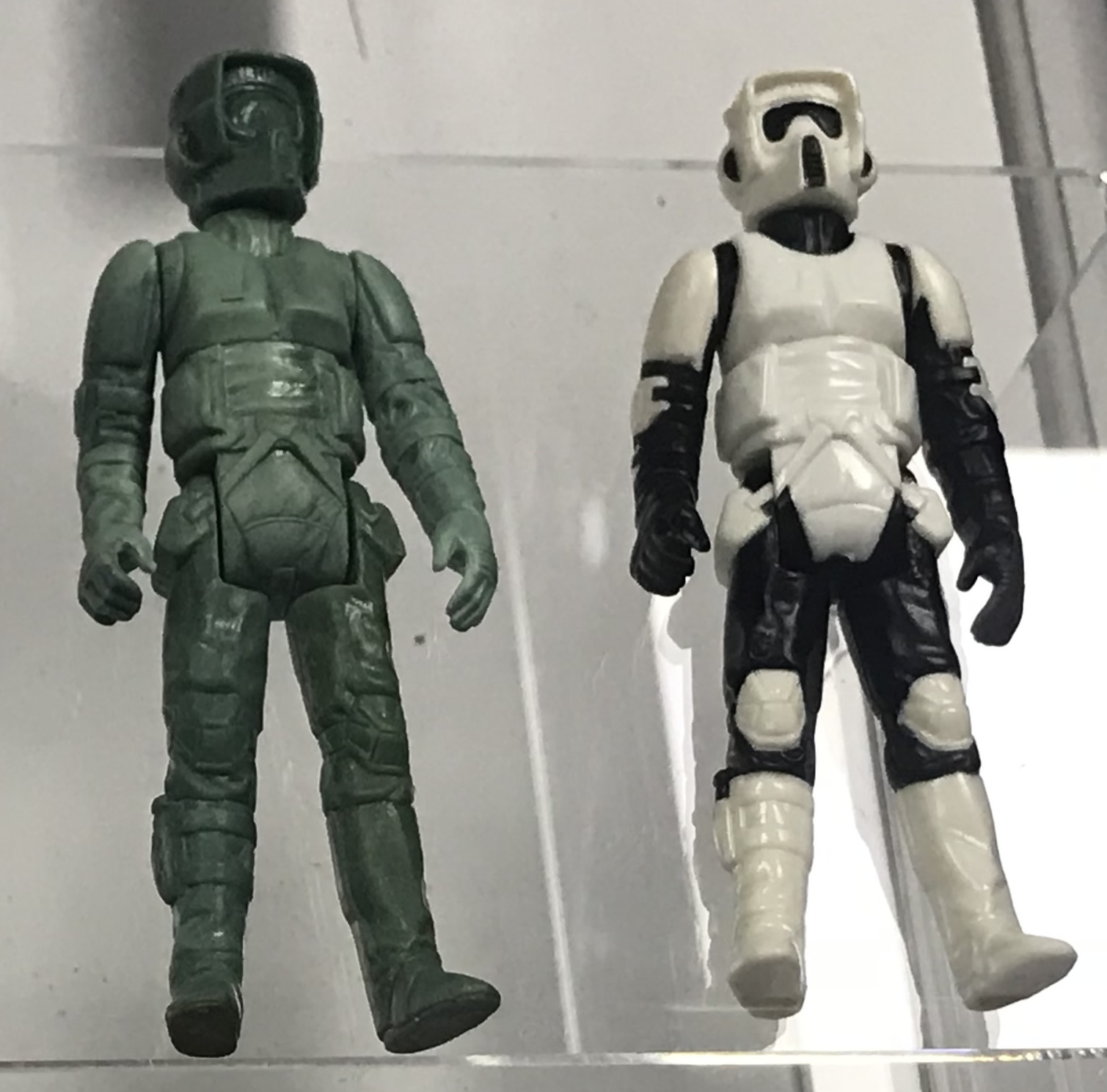 The image to the left shows a hard copy of a Biker Scout which would have been sculpted at Kenner before being shipped to the UK as an aid to the correction of the tooling for that figure.

The hard copy is larger than the production figure to allow for the shrinkage in the beryllium copper in which it cast.

After an introduction from Matt we listened to Marketing Manager Geoff Maisey who explained how Palitoy managed to acquire the license in the UK after describing the problems that Hasbro were facing, from a financial standpoint from overreaching themselves and problems on the GI Joe line, and that Mattel were just about coping with their very successful Barbie range.

Ultimately a decision was to be made by Kenner between Palitoy (UK) and Meccano (France) as to who would co-ordinate the European distribution, fortunately for us the French literally dropped the ball at a swanky hotel in Paris and the rest is history. 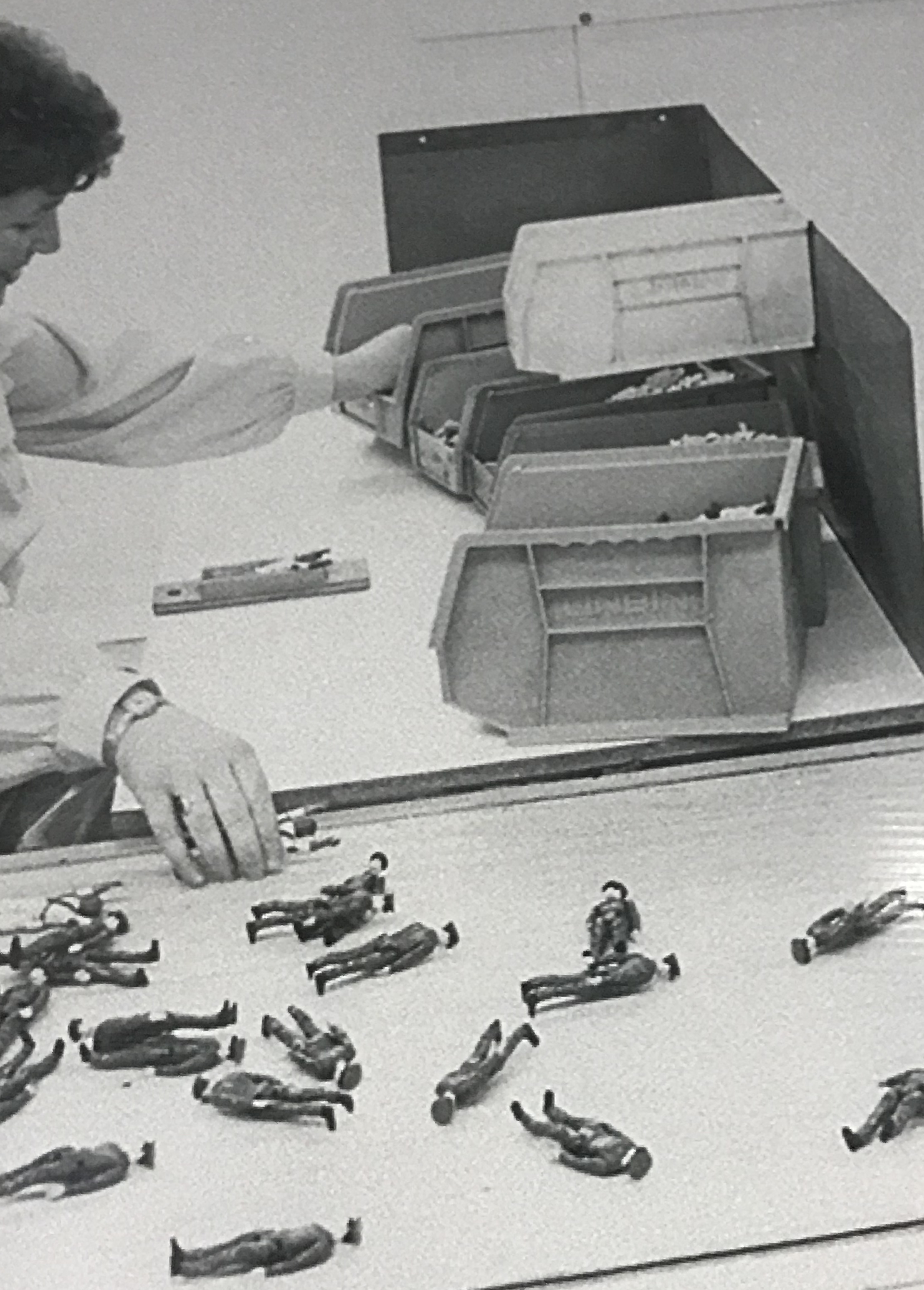 99% of the manufacturing force were women, employed at Coalville.  The employees at Coalville had their own shop on base and Bob Brechin told us that they could happily load up bin bags of Star Wars toys for £5.00.

Geoff confirmed that hundreds of thousands of cardbacks would be ordered, but then they’d be unable to get the figures for the correct movie so they’d have to go to storage.  I wonder where all those cardbacks ended up?

Geoff described the many problems faced by the company; retailers were not interested in promoting toys in Spring, the mail order companies wanted nothing to do with the product, and the future demands for stock that they couldn’t cope with once the movies became a big hit.

Purchasing aisle space direct in Woolworths was just one of the many strategies and tricks they pulled to push the brand – such as sneaking Dave Prowse in his Darth Vader costume through a hole in the fence to greet a delivery of toys on an airplane!  They were told Darth Vader must wear a high-vis jacket or wouldn’t be allowed in. 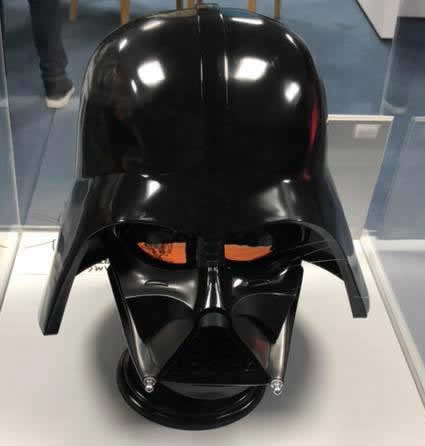 The image on the left shows the helmet worn when Darth Vader toured the UK as part of their promotional strategy.  This included toy adverts in cinemas and tie-ins with comic books.

Geoff answered many questions, and yes 40 years is a long time ago and memories fade, but it was great to bear witness to the struggles between Palitoy and Kenner and listen to the nicknames given to their American bosses.  There was a clear sense of who was in charge and what they thought of their bosses.  Geoff confirmed that Darth Vader was by far the most popular character, although all of the main characters were popular with estimated sales of 8,000,000 when he was at the company. 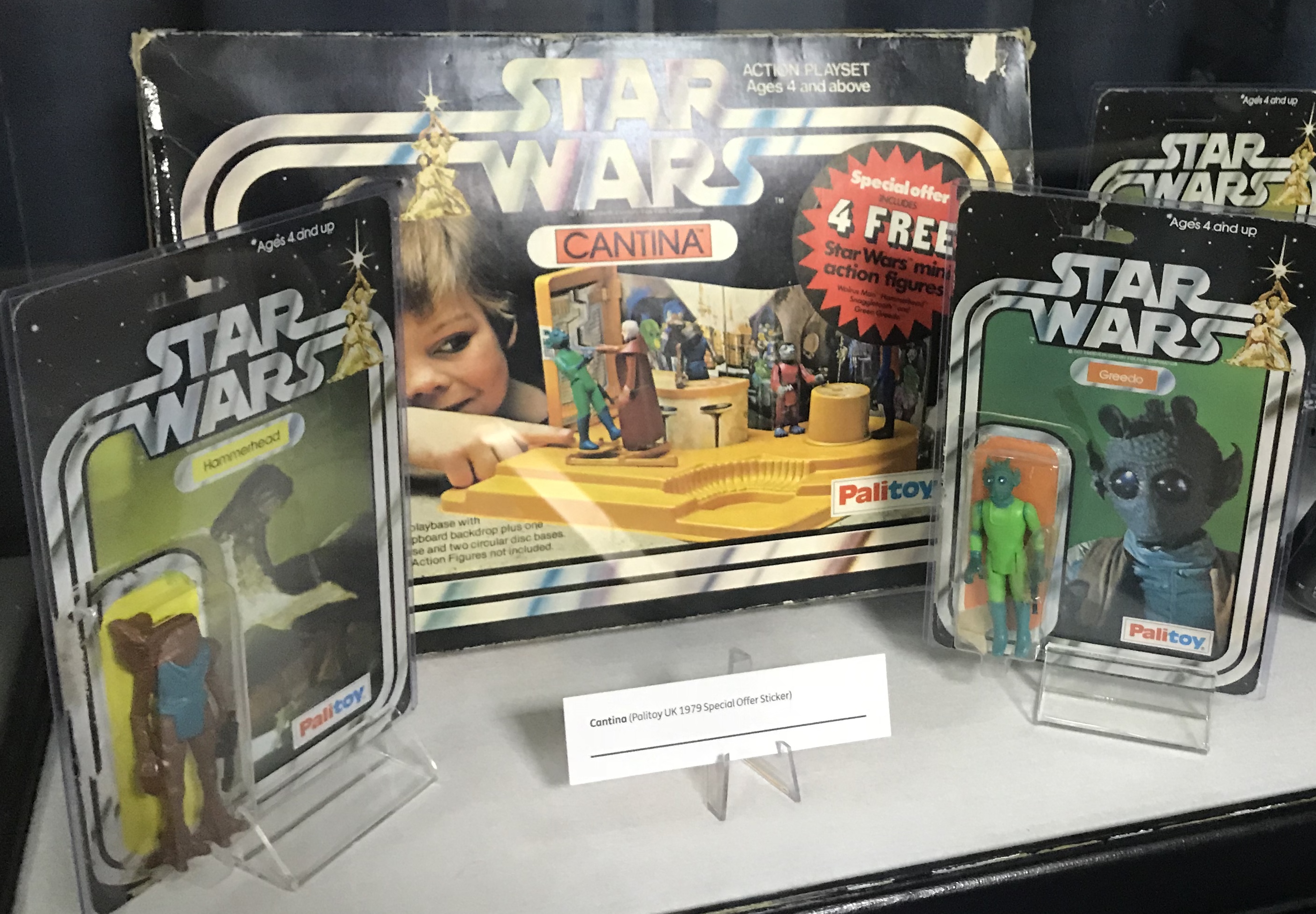 All were available to answer questions pitched from the audience such as the design of the Palitoy Death Star (and other notable discrepancies between Kenner and Palitoy products such as the Cantina) and the manufacturing process.  Roger believes that keen eyed collectors may be able to identify differences between the Kenner and Palitoy Millennium Falcons due to repairs and modifications to the tooling. 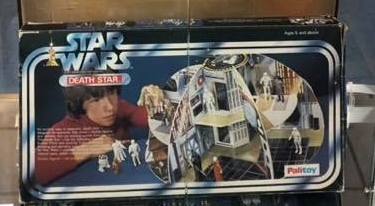 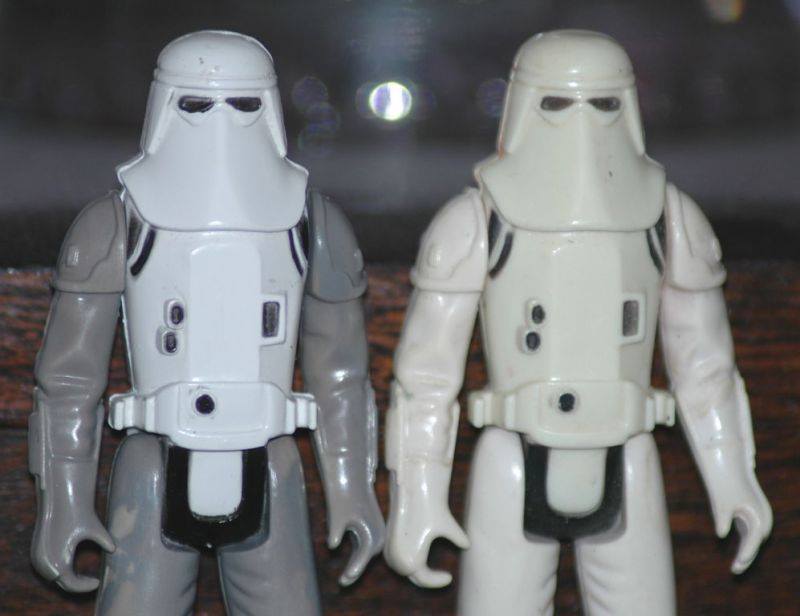 Some interesting tidbits of information came out such as Roger believing that the grey limbed Hoth Stormtroopers are first shots (test shots, not intended for retail but for quality control, so it didn’t matter what colours they were).

This is a practice which still exists to this day as many wonderful colours of pre-production Hasbro items are available on the market. 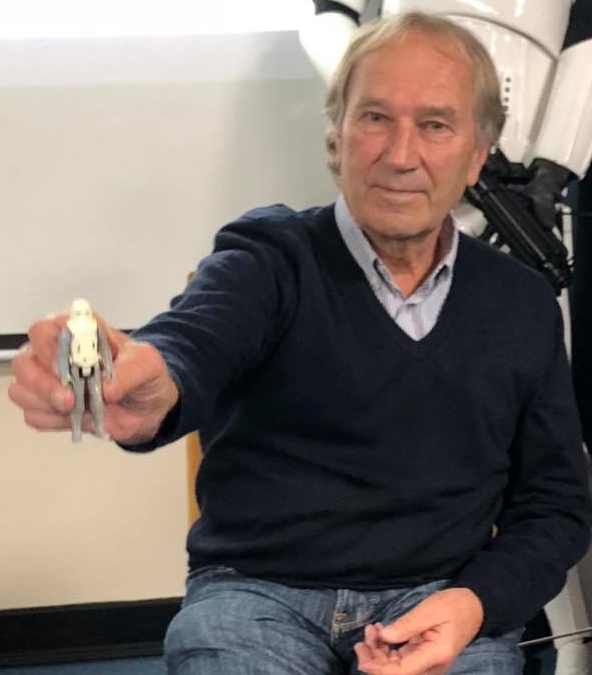 Showmasters owner and uber-collector Jason Joiner turned up the first of these grey-limbed Hoth Troopers back in the mid-90’s and will be particularly delighted to know that his early beliefs have been shown true.

We all had a shock for a moment when Bob tossed a loose £5000 figure back to an audience member after discussing the reasons for a thicker sole on the Death Squad Commander he’d brought along!

All of the major areas of manufacturing were covered and whether your love is 2D or 3D, if the opportunity arrives and you can make any future talks then do not hesitate.  Dave brought along a sample of his transparencies together with a previously unseen leaflet.  You never know what little gems they’ll bring next time. 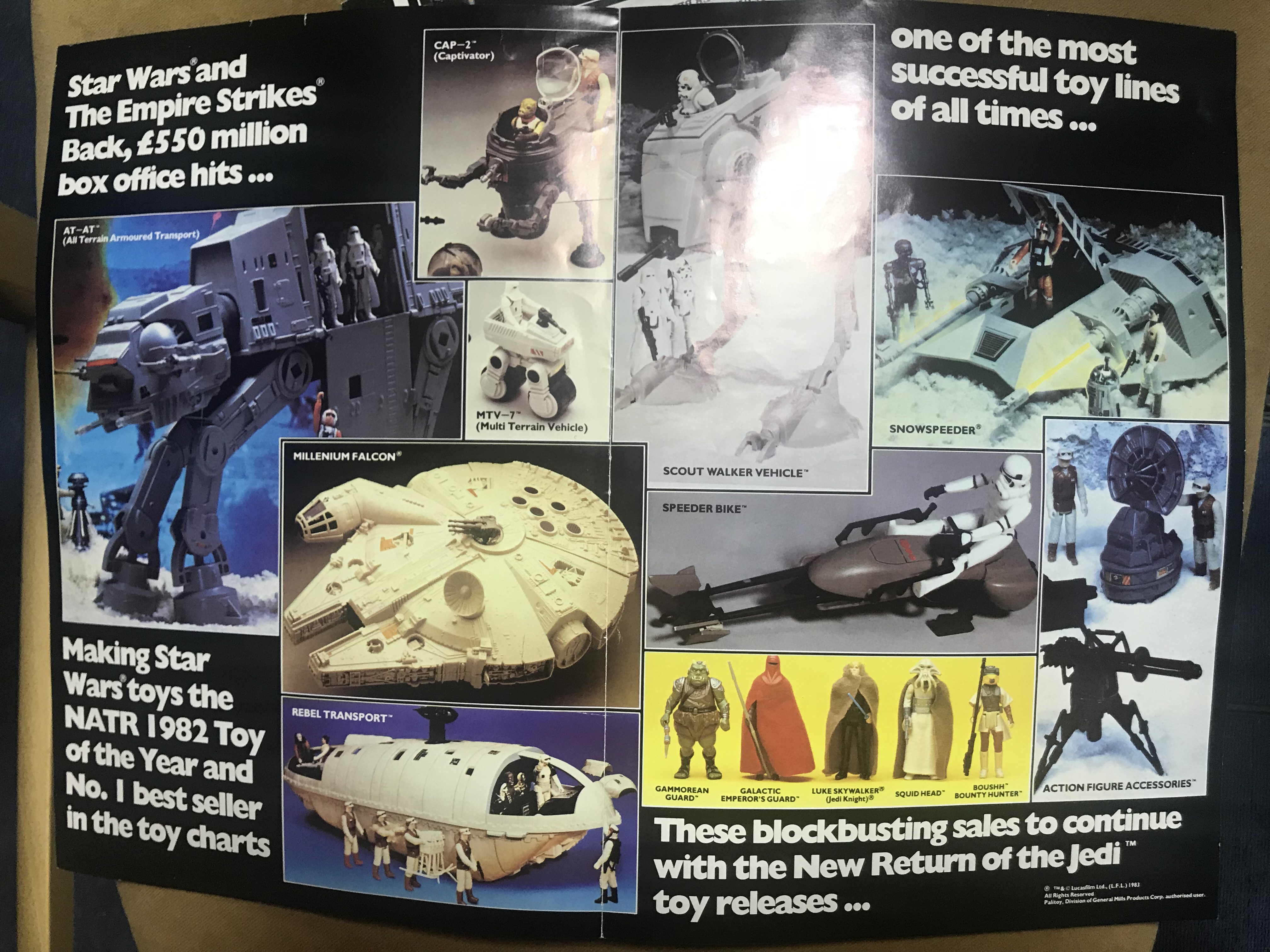 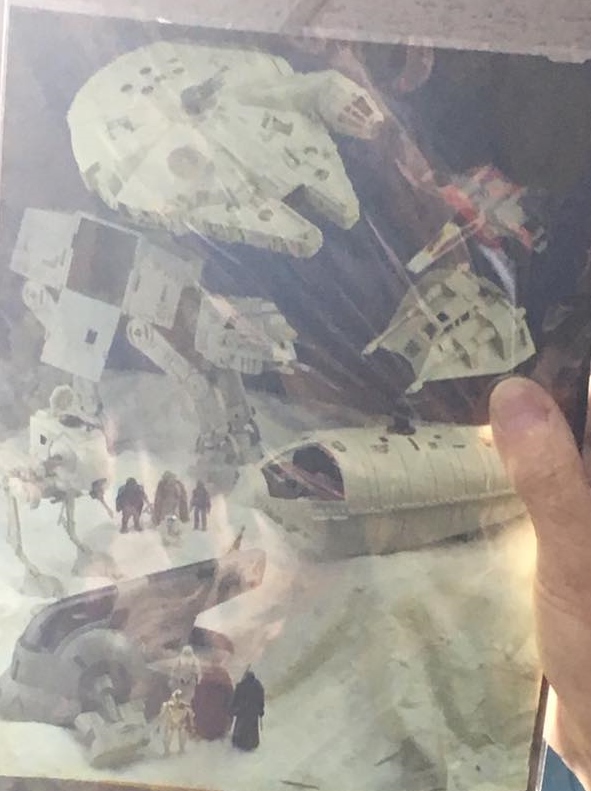 Finally here we have one of many transparencies which needs to be held up to light to be seen clearly.  This is from an old Argos catalogue advert. The guests confirmed that they created their own store displays materials.

To hear the interview in full then tune into future episodes of The Vintage Rebellion and on Fantha Tracks TV.