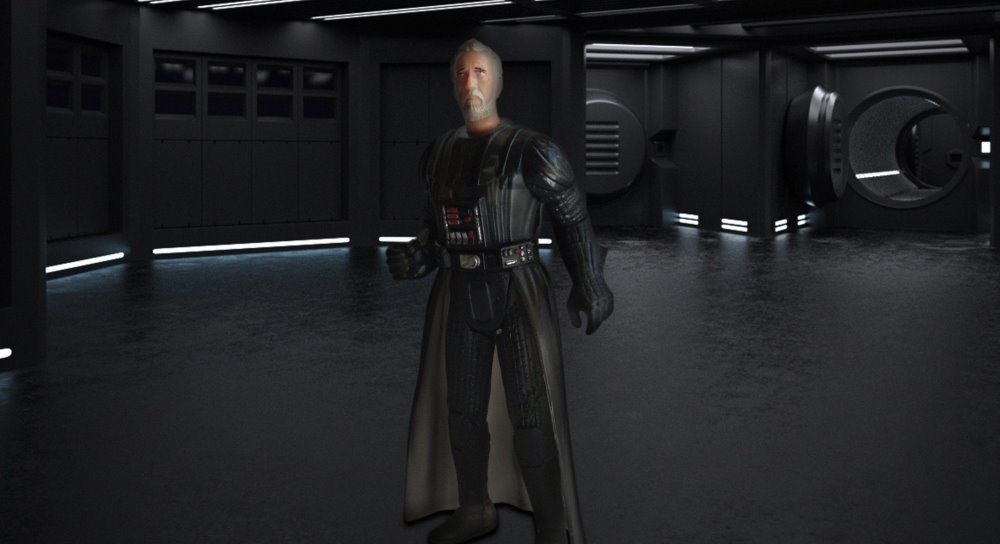 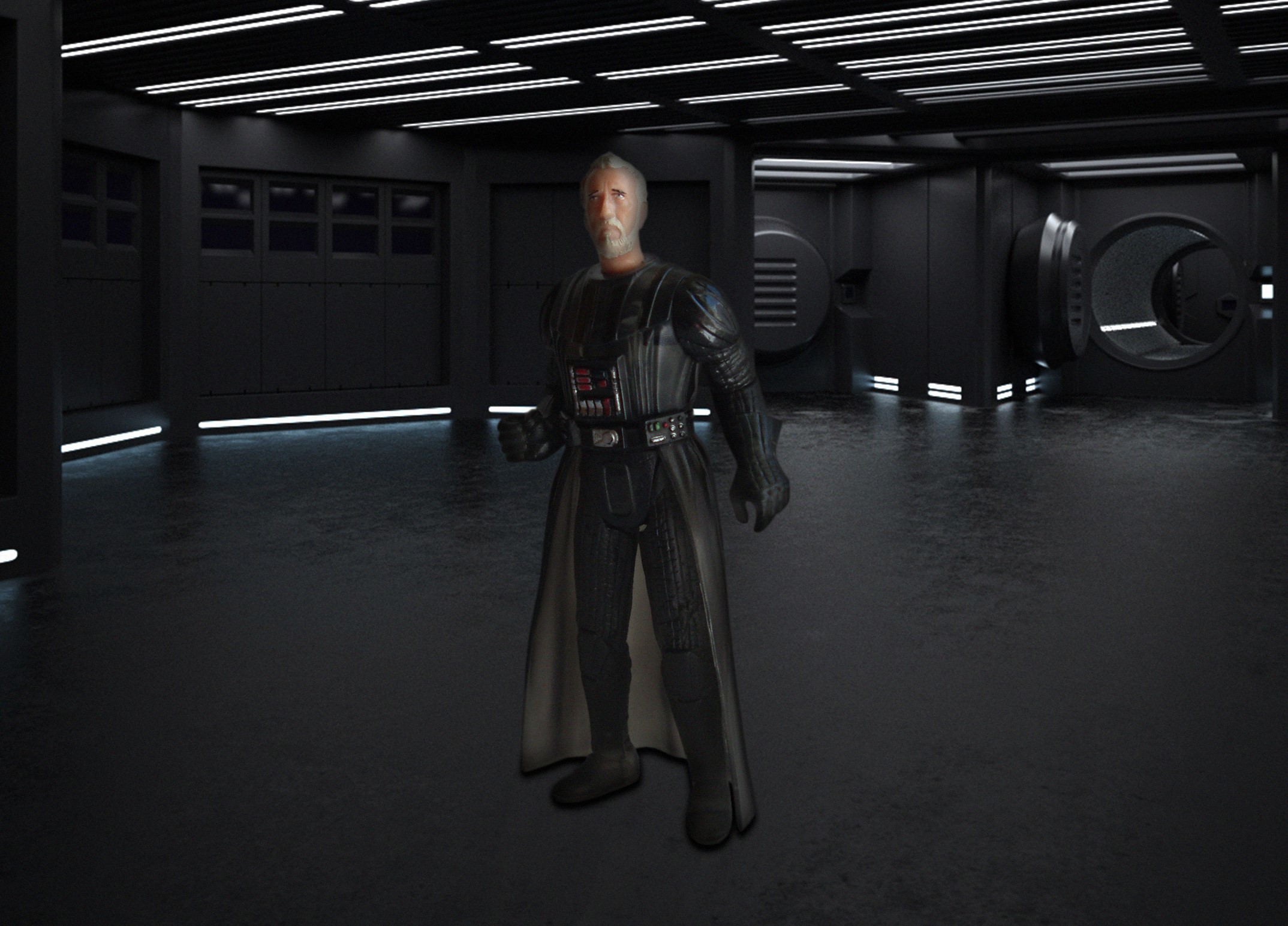 Probably the quickest, simplest and silliest custom I’ve put together but despite this, there was some methodology amongst the madness.

The Parts: Another organic blending of spare parts from the fallen Jedi and Sith apprentice Count Dooku’s head with the headless body of a Darth Vader Dagobah figure.

The Concept: While some aspects of Star Wars fandom have altered through transition from Legends to Canon, one constant remained, Emperor ‘Darth Sidious’ Palpatine’s continual quest for immortality.  Through his mastery of multiple manipulation, as evidenced by his puppetry of both Confederation and Republic forces, Palpatine believes in strategising no loss situations.

Applying Palpatine’s philosophy with a twist, culminated in this customs creation.  The concept follows that a calculating Palpatine was unwilling to commit his immortality ambitions solely towards force knowledge and so challenged his scientists to formulate alternative medical or technical means.

His scientists worked across a spectrum of projects, ranging from cloning technology to the development of life supporting armour. 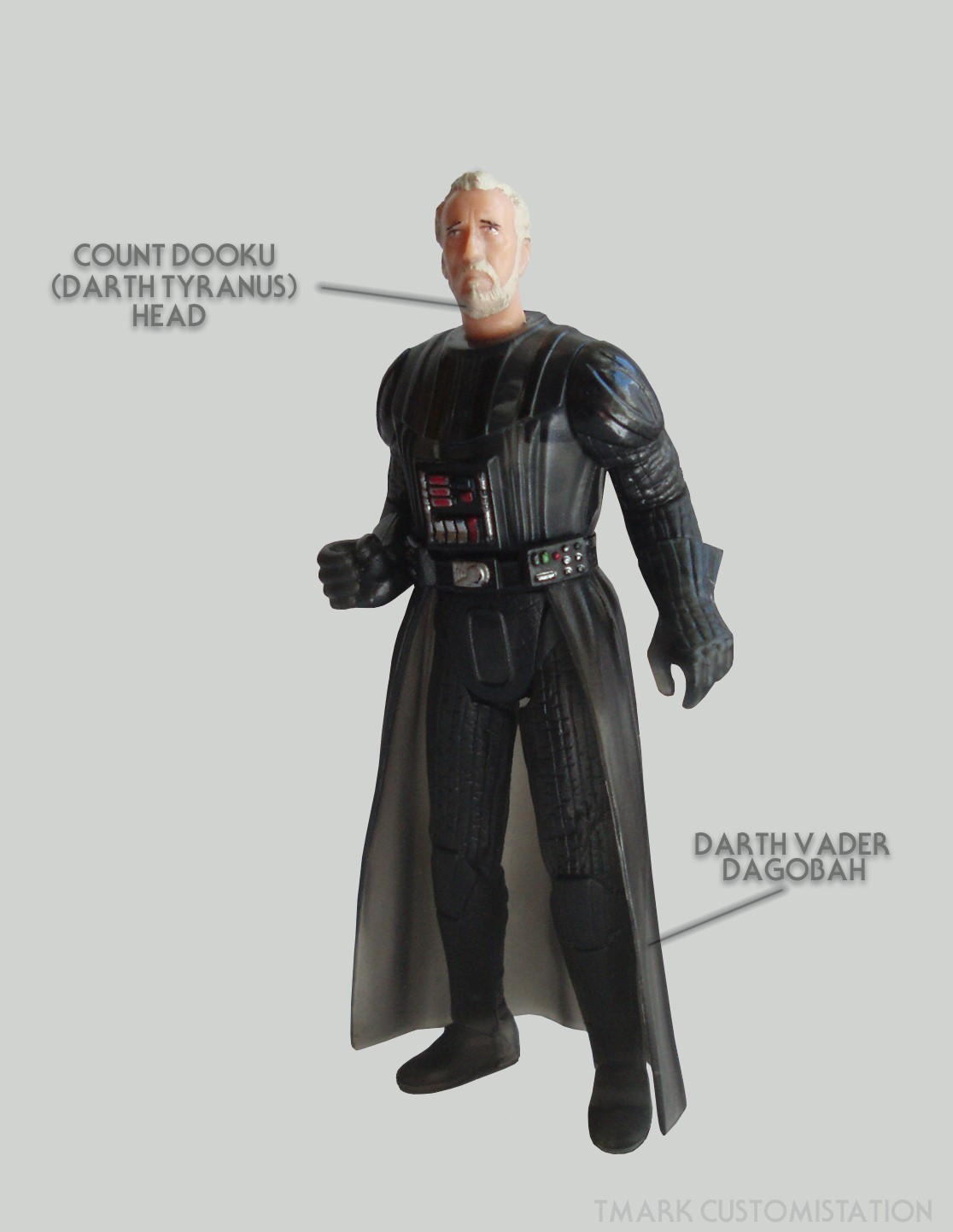 Inspired by the miraculous cybernetic re-emergence of Darth Maul, Count Dooku’s head proved too irresistible an opportunity to test force strong biology with proto-type life supporting armour.  Following the Chancellor’s rescue during the battle above Coruscant, a spy droid aboard the Confederate Battleship which had been planted by Darth Sidous as measure to ensure Palpatine’s survival, recovered and unceremoniously plopped Dooku’s head in a rudimentary bacta pouch.  The droid then located an escape pod, which were rare given the low ratio of Nemoidean’s aboard.  The pod jettisoned outwards to space masked and ignored by the raging battle below before being intercepted by a re-directed clone piloted carrier instructed to dis-engage from battle and deliver this confidential cargo to a hidden base.

Count Dooku’s head was calibrated within the housing of the life supporting armour proto-type and when testing had been successfully concluded, his head was removed, carbonited, catalogued then stored.

This armour was intended to form the basis for further development, however was rushed into service sooner than expected upon the arrival of a charred Lord Vader.