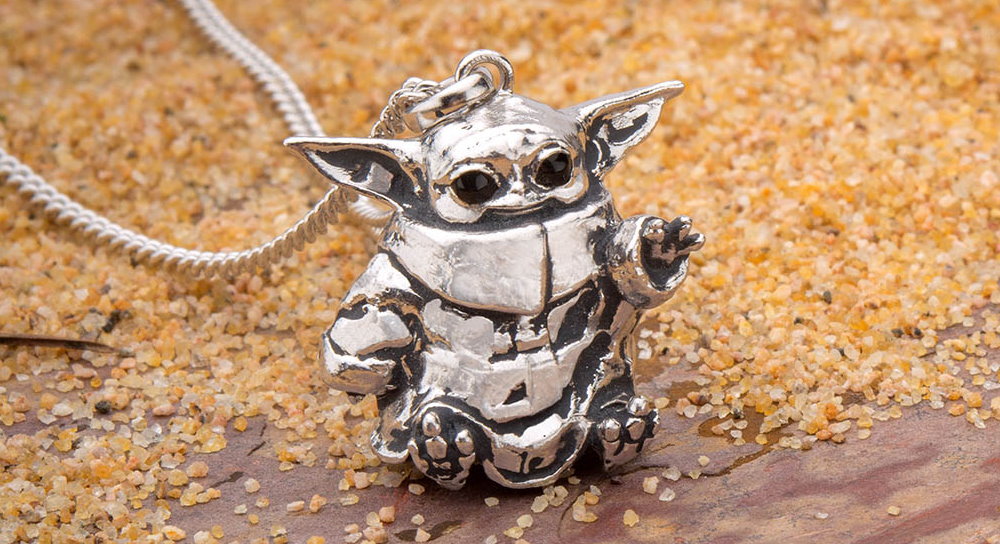 RockLove have announced the latest addition to their Star Wars collection, The Child from The Mandalorian. 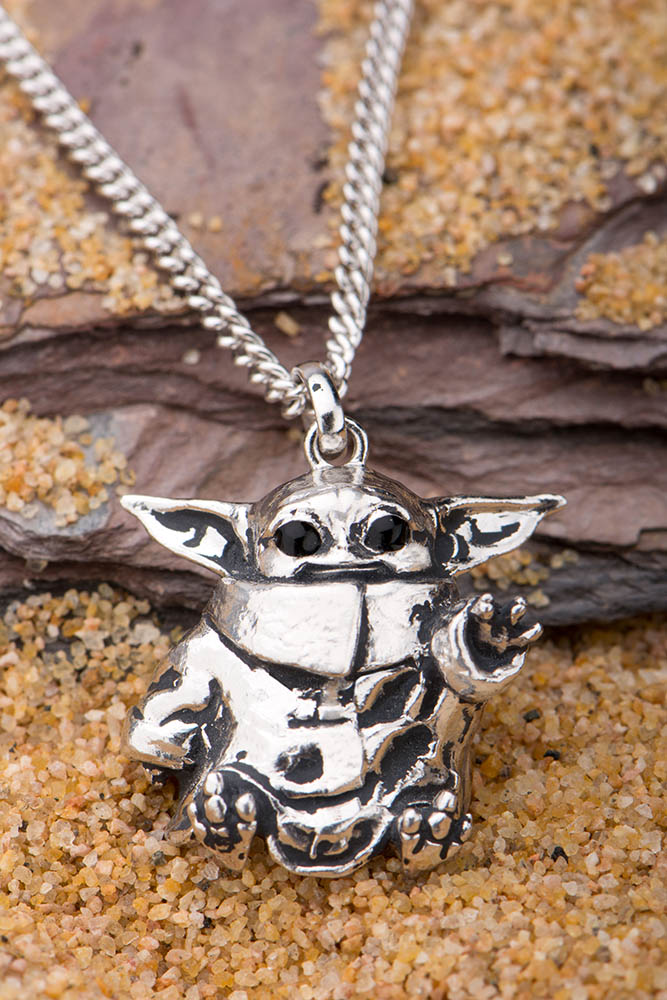 This new addition is a solid sterling silver necklace with The Child in a pose recognisable to all who have seen the series.

She barely made it through the credits of the first chapter in the new live-action Disney+ series before she was emailing Lucasfilm “begging if we could work on this adorable new character.”

The necklace is available for preorder now and is sure to sell out quickly, RockLove jewellery is a fan favourite as their attention to detail is fantastic and because each pendant is hand finished ensures a unique touch.

This is an extremely challenging project — tweaking over and over, trying to make one perfect sculpt that celebrates an entire season’s worth of love for the Child,” Cimino says. “We were particularly focused on all the minute details, from his tiny button nose to each finger and toe nail. His mouth is down-turned but we didn’t want him to look sad or stern.”

The biggest challenge was capturing the detail in the eyes. “Most difficult was the shape of the eyes and brows, which express fragility, concern, and curiosity all at once,” Cimino says. “We had to keep tweaking the eyes and forehead wrinkles to get it right, adding hand-painted glossy black enamel to the pupils, so that the Child looked content…like he’s eagerly reaching for Mando’s silver ball.” And the final step, to distress and antique each one by hand, means no two pendants are alike.

Head now to Rocklove and you too can be a clan of two….