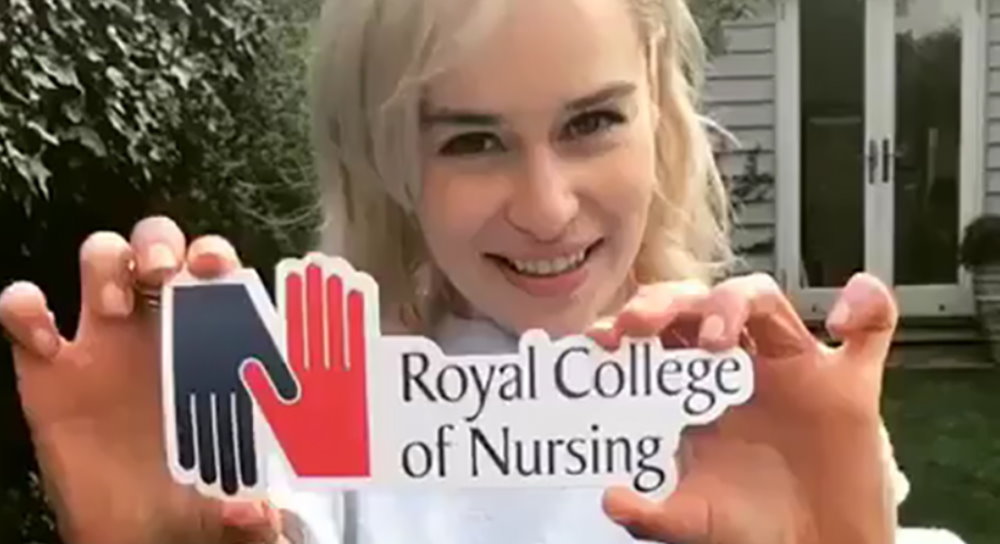 Solo: A Star Wars Story actress, Emilia Clarke, has praised the medical staff who helped her when she was suffering from multiple brain aneurysms.

It’s in People magazine’s first every Kindness Issue that Clarke revealed how horrific the whole experience was. “It was a brain aneurysm that ruptured, and it was pretty traumatic,” she said.

She explained in the piece for People that the paramedics soothed her during the incredibly stressful moments, explaining how grateful she was for those who helped her. Not only did they give her drugs for her the pain but also they wrapped her up like a “tortilla” and “made [her] laugh the whole way to the hospital,” the actor said. “There I was, bleeding in the brain, and there we were in this ambulance having an absolute giggle. They were so gracious.”

Clarke not only praised the paramedics but also the nurses who made her treatment so much more bearable. So much so that she got involved with supporting the Royal College of Nursing:

“And every single nurse I came across was so kind. It’s why I became ambassador to the Royal College of Nursing in 2018. Nurses are the unsung heroes, they’re at people’s most frightening moments.”

Speaking to People, she shared that there was even a stage that she lost the power to speak completely. But luckily her mum’s ability to take cues from her daughter meant that Clarke’s stress levels were greatly reduced. So not only is she celebrating the kindness of strangers doing their jobs, but also of her own mother:

“There was also my mum, when she went into mum superpower in the hospital: I had aphasia [loss of speech], and she looked at me and went, ‘Yeah, I know exactly what you mean’. She made me believe she understood exactly what I was saying. It was genuinely her greatest moment.”

Emilia Clarke talks Last Christmas: “I don’t do my own stunts but I do do my own singing”