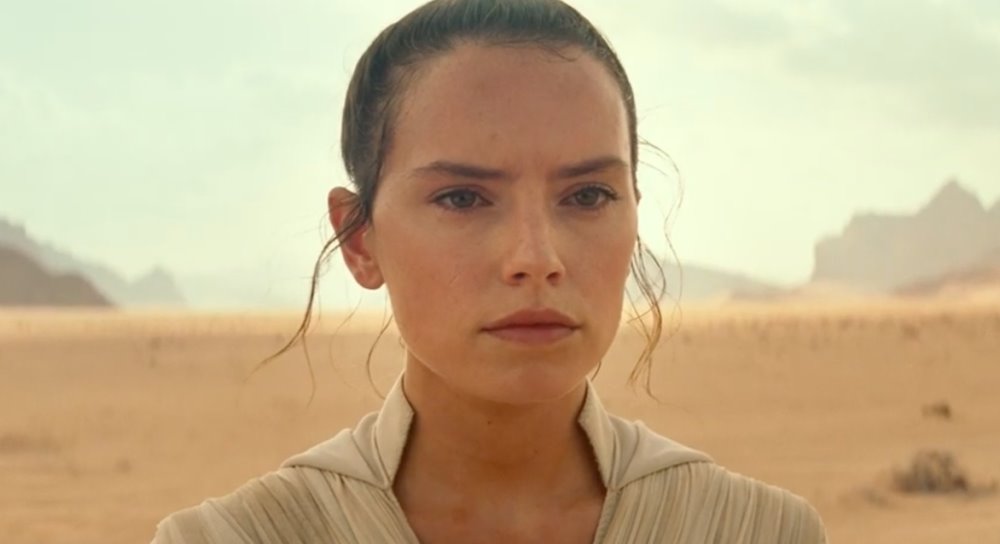 For the record, these are my thoughts and mine alone. Again, I’m not an affiliate of Disney or Lucasfilm. Therefore, all ideas and theoretical thinking from this point on are solely my own. In conjunction with Star Wars canon events, I hope to support these notions, and while doing so, explore them too.

So, “Rey is the accidental Horcrux Palpatine never intended to make,” is an idea of my own to explain certain events that transpire throughout the Sequel Trilogy, primarily The Rise of Skywalker.

Now, for those that are not familiar with the Wizarding World of Harry Potter, a Horcrux is an object or relic in which a Dark wizard or witch, or in this case, a Dark Side Force User a.k.a. Sith hides a piece of his or her soul to attain immortality. But, there are instances, though rare, where an individual can become a Horcrux, and that connection between the maker and the living containment of the maker’s soul is catastrophic. In other words, the outcome usually results in certain death. Although, in Harry’s case, he survives. Thanks to a bit of magic known as the “Resurrection Stone,” and the love of/for his family. 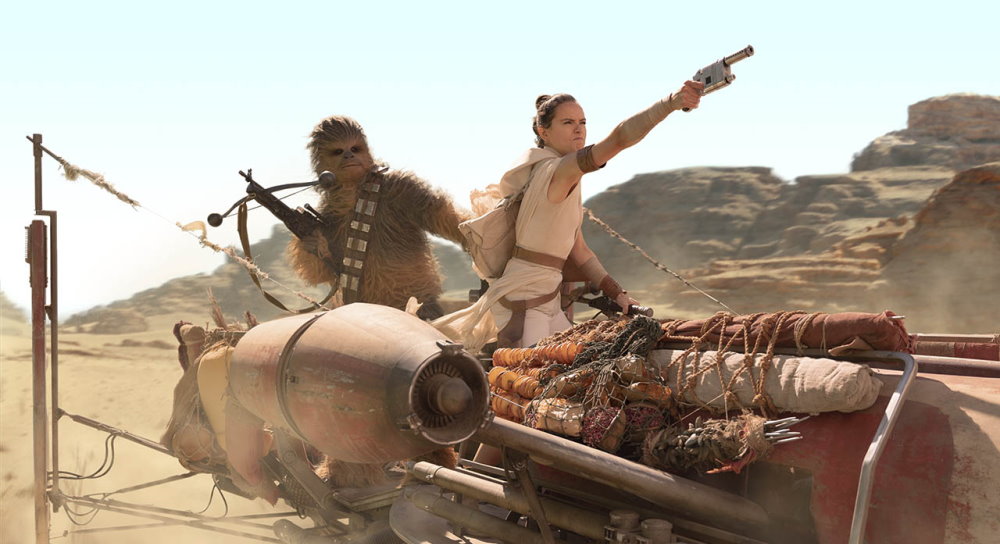 Back to Rey, and the notion of her very existence as a living Horcrux for Palpatine’s possible immortality. What’s interesting is that we, the audience, don’t find out the truth about Rey’s lineage until the last act (3rd film of the trilogy). Thus, leaving us to guess at small hints and nuances in the first two films. For instance, the fact that we first meet Rey on the desert planet, Jakku. Now, those of you that explore Star Wars beyond the films will recognize Jakku and its connection to Palpatine. Namely, the Aftermath Trilogy by Chuck Wendig. From that series alone, we learn that a Sith Observatory is on Jakku, and Palpatine has kept Sith Relics there for decades. And not just Sithy artifacts, but maps, too, leading to the Unknown Regions.

Another interesting tidbit that has left the fandom to question and theorize over since December 2015 is the emotional hug between General Organa and Rey on D’Qar. Like, is Rey a Solo? A Kenobi? And yes, the most talked-about, whether you loved it or not, is she a Skywalker? The Force is a tricky thing and even harder to understand how it works. Looking at that scene with fresh eyes, knowing what we know now, well, you see how Leia knows instantly “who” Rey is and “what” that means for them all. In a way, you might say that Leia is the Star Wars version of Dumbledore. Like Dumbledore, Leia knows how this will all play out and that when the time comes, Rey will have to choose between what is right and what is easy. But, in the meantime, Leia needs to protect Rey by keeping her identity a secret at all costs. Also, Leia sends Rey to Ahch-To in hopes that she will find Luke and that he will know what to do, and the courage to do it. 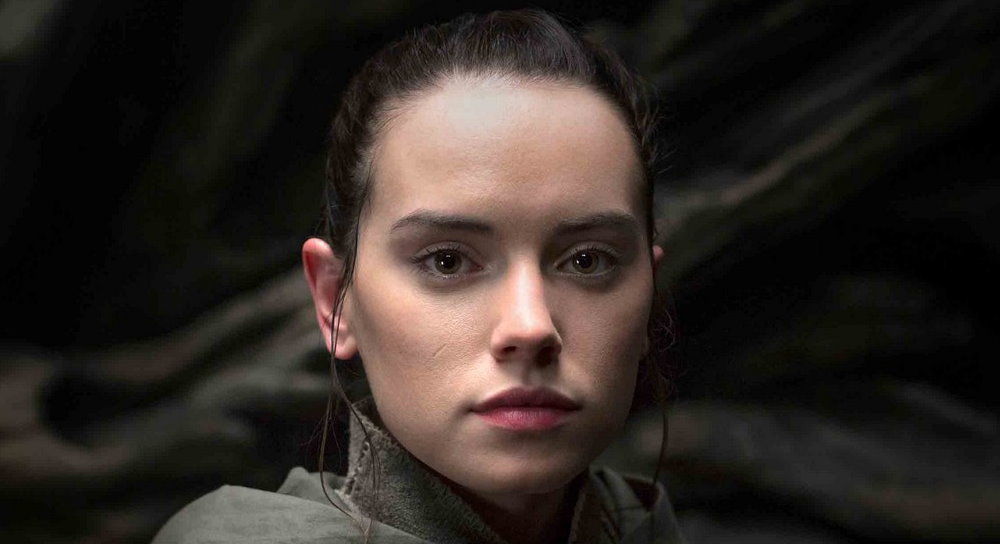 Once on Ahch-To, it’s not long before Rey figures out that Luke has turned himself off from the Force. But, Force or no Force, this doesn’t stop Luke from pressing Rey for answers by questioning “who she is,” “who sent her,” and “why is she here?” And of course, her innate attraction to the Dark Side of the Force during her first lesson with Luke is nothing less than foreboding. This makes their union as a mentor and student murky at best. Not much different than that of Professor Snape and Harry, but of course, this is just my personal way of making connections between franchises and Mythos. Regardless, the trust issues are there and building tension between the two. Neither one knows what the other’s true intentions really are. And the moment inside the hut only makes matters worse. Hence Luke’s remark, “this is not going to go the way you think.”

The Skywalker Saber breaks in half, Kylo Ren tells Rey she’s nothing with no place in this war, Supreme Leader Snoke dies, Luke Skywalker dies, and the Resistance is all but depleted. And yet, Leia tells Rey that they have everything they need. In the midst of all that, there’s an ominous nagging feeling that’s eating at Rey’s psyche. The connection between her and the newly dubbed Supreme Leader, Kylo Ren seems to be stronger than ever. Rey senses a darkness surrounding her thoughts, and it influences her visions, too. Again, this parallels with Harry’s realization of who he is and his connection to Voldermort (a living Horcrux), and how that impacts not only him but his friends too. Both Rey and Harry make this self-discovery in the last act or final film, and that unearthing becomes the catalyst or call to action for the duration of the story. 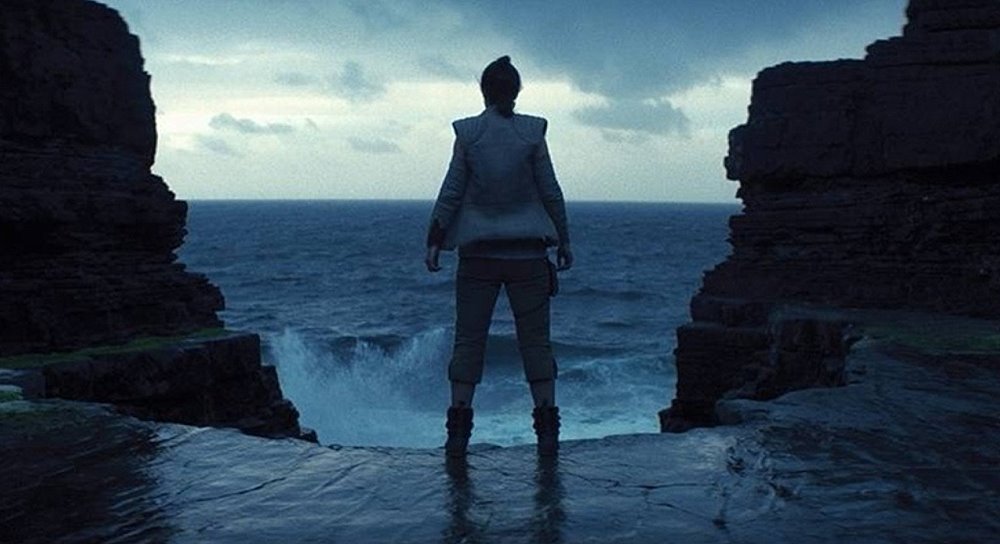 Rey, like Harry Potter, accepts her fate head-on, but only after she nearly gives in to temptation during her final duel against Kylo Ren on Kef Bir. Rey is nearly beaten when her Master, Leia, intervenes and calls out through the Force to her only son, “Ben.” This allows Rey to make the fatal blow and destroy the persona of Kylo Ren for good. But, every choice has a consequence, and the cost Rey paid was Leia. This shakes Rey to her core, so much so, she runs off, leaving everything and everyone else behind. Like Luke before her, she runs away to Ahch-To, vowing to throw it all away. Literally, lightsaber and all. Until Luke, taking on the Dumbledore role instead of Leia brings Rey back by reminding her of who she is, not by name, but in her heart. A bloodline doesn’t define you, your heart does, and the true destiny of a Jedi is facing your fear. This is when Rey fully accepts who she is, her place in all this, and what she must do. She’s ready to meet her destiny, even if that means she has to die for it too.

And so, on Exegol, Rey faces Palpatine, her grandfather. She presents herself, the Horcrux he never intended to make and stands before him without hate and without anger in her heart. Instead, Rey is full of love for her parents and their sacrifice to keep her safe from him. Unconditional love or compassion is not a weakness. It’s a powerful ally. Rey calls upon the Jedi to be with her, just as Harry Potter called upon his family to stay with him, and with all that love behind her, she repelled the Sith lightning using both Skywalker Sabers causing it to bounce back on to Palpatine. Essentially, destroying the Sith once and for all. 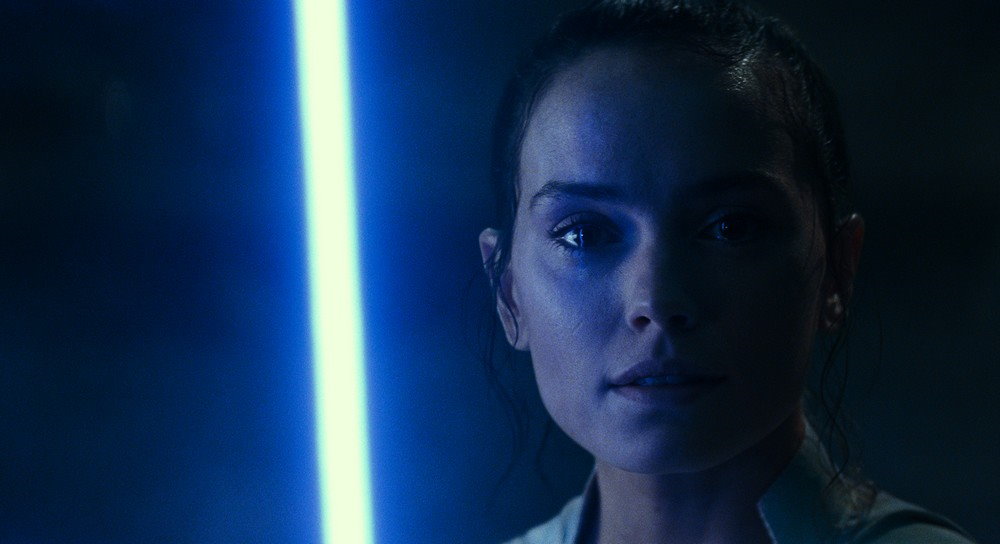 All in all, with Palpatine and the Sith no more, Rey has restored balance to the Force. Even though Palpatine’s blood still runs through Rey’s veins, she has the heart of a true Jedi and the soul of a Skywalker. Star Wars is about family, and that’s what makes it so powerful. You cannot deny the truth that is your family, but you can choose what’s in your heart.
…
Rey Skywalker

‘Winkie. Winkie Skywalker’: How Rey could have been known by a different name

Teaching With Star Wars: How Rey accepted change in The Force Awakens