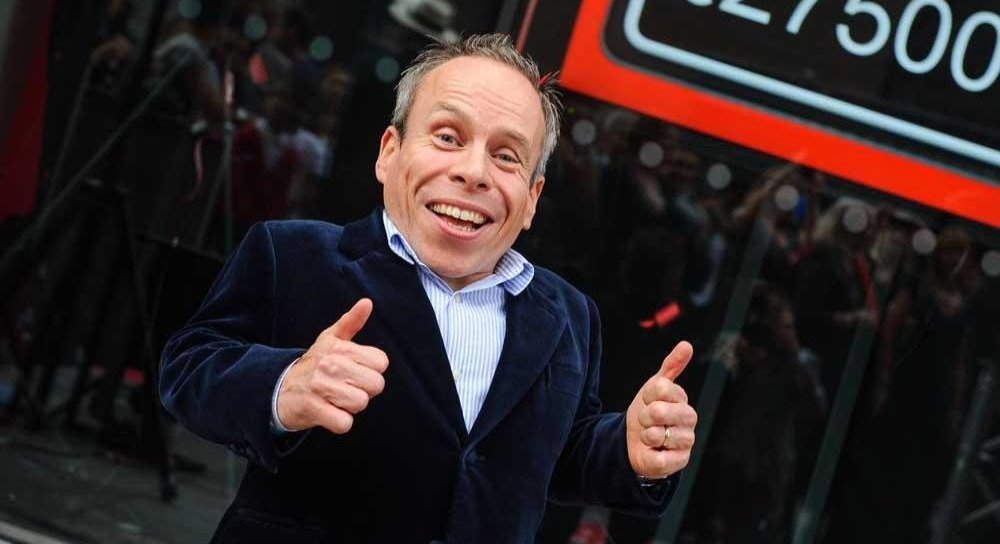 I’m confused. I could have sworn there were 24 hours in a day, 7 days in a week and 52 weeks in a year but movie legend Warwick Davis must have found an 25th hour, an 8th day or a 53rd week as that’s the only way he can hope to fit all of his projects in.

Case in point, Warwick has come up with an idea for a show, to go along with his week day quiz Tenable, Planet’s Got Talent, Eugenius, guest roles in Star Wars films, his work for LIttle People UK, appearing at conventions worldwide and as a sting in episodes of Making Tracks.

“I would like to do a chat show-esque programme. I don’t mean sitting in the studio with guests, I want to flip it up a bit but would still chat to guests.”

And the project has a title.

“‘Small Talk With Warwick Davis’, so I’ve got the name.”

Anyone who’s seen Warwick onstage at Celebration will know full well how good he would be at this. Warwick also mentioned online trolling, and the cowardice of facelessly hiding behind a keyboard.

“As an actor it’s very difficult, you put yourself on the line with every project that you do and it isn’t fair when you take a battering on social media for a job that you were doing and that you did your best work in.

“I think people have got to understand that when you go into a movie or on a TV show you put yourself out there and if people could restrain themselves a little bit on the keyboard and think a little bit before they send that message, think about the people involved, because there is a person at the end of that.”