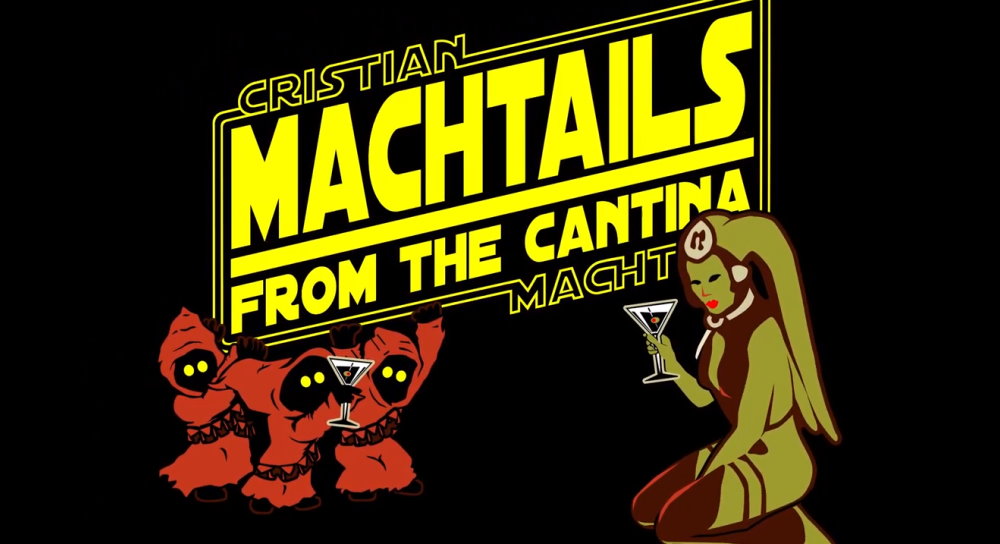 Cris Macht has been busy during lockdown, working on new episodes of his YouTube show Machtails From The Cantina which sees him chat with cast members of The Force Among, The Force Within Us, and The Real Fans of the Saga as well as prominent fans including Jason and Jimmy from Rebel Force Radio, John and Mary Jo Tenuto from The Toys That Made Us and more. Cris also has a Kickstarter campaign to help support the show.

Filmmaker Cris Macht has been busy during quarantine with a new show called “Machtails From The Cantina” It is FREE on youtube and features interviews with cast and crew members from The Force Among, The Force Within Us, and The Real Fans of the Saga (all avail for FREE with amazon prime). If you would like to help support the show, there is a Kickstarter campaign for Machtails From The Cantina that ends on August 10th.

Story — What is Machtails From The Cantina? It is a fun and informative webisode hosted by me, Cris Macht. This show features interviews with people that contributed to my past film projects ; The Force Among Us, The Force Within Us, The Walkers Among Us, and The Real Fans of the Saga (All available on Amazon Prime). Each ‘Machtail” is a handcrafted “mini documentary” experience (no more than 1 hour in length) all based upon the conversation with the shows guest. Each episode is a “visual and audio” experience, using photos, videos, and music. From start to finish each episode takes about 24 hours to complete. Aside from the guest on the show and most of the music provided by some very talented people, I am the only one working on this so you can expect the usual passionate and personal production you see in my other works! We Think of Howard Stern and Andy Cohen’s Watch What Happens live thrown into a blender and “served on the rocks”!

Background on the project: 2020 has been a crazy year for ALL of us. I quickly found myself in a panic state, unemployed, and wanting to connect with friends. I am a passionate extrovert and feed off the energy of being around people. I am a filmmaker, father, husband, Star Wars fan, Baseball fan, and music fan (just to name a few). I have many personal stories to tell and I always had a fondness for interviews and late night talk shows. With all of these elements at play in my head….I had an idea! I figured I would give a shot at hosting a fun and informative “talk show” from my own home like the pros are doing. It was the only time I could be on the same level of the pros and get away with it because we are all using the same technology and are (somewhat) equally in the same situation. You could say this webisode was born out of being in quarantine during the Covid 19 Pandemic and missing connecting with my friends. I always wanted some to give me a “Howard Stern Interview” but I never got it, so I decided I would give it to them! These are not typical interviews and VERY informative. They are “unexpected and fun” and I discuss everything from sex to politics to the love of music, Star Wars, and Baseball…all with a drink in my hand from the comfort of my own home!

Why Kickstarter and not Patreon? Simply because this is a “short lived” project. This will be my 4th Kickstarter campaign so I am very familiar with how this process works! As of right now I have recorded 18 interviews, 10 of them have been edited and released (on YouTube), and I am recording a few more. The plan is to have “20 in 2020” episode of Machtails from the Cantina when this is all done.

There’s not long left to support the show, so get over there now.