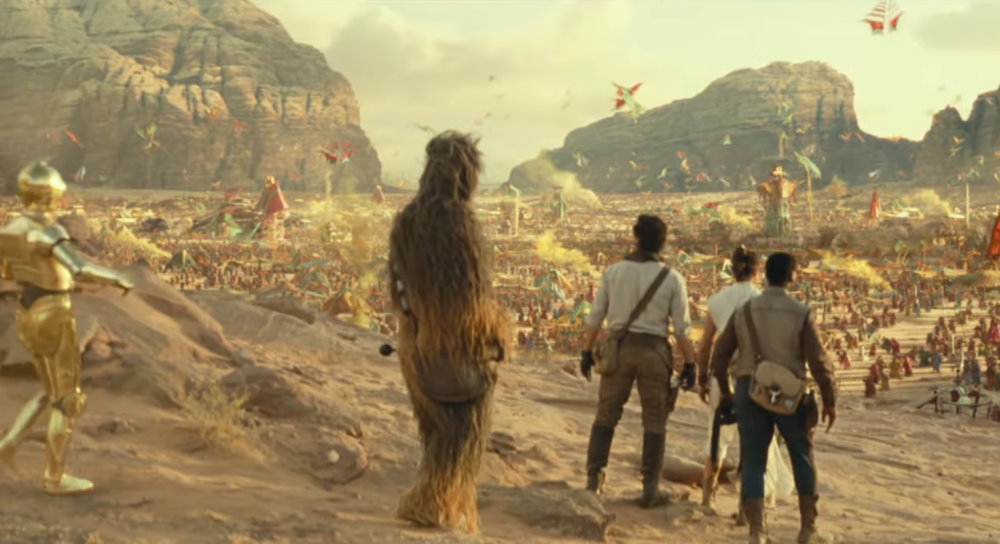 The past 42 years has seen a lot of talents pass through the doors of the Star Wars skyscraper. Some step in to the turbolift to the upper echelons of the franchise and others take a quick spin around the lobby and back out through the revolving doors again. With the end of the Skywalker Saga, the area of Star Wars begun 42 years ago – strictly speaking 43 years ago when the Alan Dean Foster ghost written novelisation of the original film hit shelves in the US – SyFy have brought together a handful of GFFA writers to spitball their own endings to the 9 film series.

Here’s a list of the talents involved (with links to some of our past interviews with these Star Wars icons).

Alan Dean Foster wrote the novelization of the original Star Wars (writing as George Lucas), along with the 1978 sequel novel, Splinter of the Mind’s Eye, 2002’s The Approaching Storm — the lead-in to Attack of the Clones — and the novelization of 2015’s The Force Awakens. Foster was not available for an interview, but through his agent, he granted consent for this article to summarize key sections of a movie treatment for Episode IX that he wrote for fun, and posted on his website on May 1, 2018.

Jo Duffy succeeded Micheline as writer of the original Marvel Star Wars series, and remained with it until the series ended in 1986.

Tom Veitch helped launched Star Wars at Dark Horse Comics in 1991 by writing the acclaimed six-issue limited series, Dark Empire, which he followed up with several sequels, as well as storylines set in the early days of the Old Republic.

John Ostrander wrote numerous Star Wars comics for Dark Horse, including the series Star Wars: Legacy, which ran from 2006 to 2010 and was set more than 100 years after the Original Trilogy.

John Jackson Miller wrote several novels, including 2011’s Knight Errant (2011), 2013’s Kenobi (2013), and 2014’s A New Dawn, which was the first work to be set in the “new canon” established by Lucasfilm after it was sold to Disney. Miller also wrote the Dark Horse comic series Star Wars: Knights of the Old Republic and Star Wars: Knight Errant.

Kevin J. Anderson wrote the Jedi Academy trilogy of novels published in 1994, the 1996 novel Darksaber, the Young Jedi Knights YA novels (with his wife Rebecca Moesta) published from 1995 to 1998, and numerous Tales of the Jedi comics for Dark Horse.

To give you a flavour of where their hypothesis goes, here’s a look at their thoughts on Rey’s fate.

ON THE TRUTH ABOUT REY

Foster: Late in the story treatment, Kylo Ren attacks Rey with his lightsaber. “Ren’s blow cuts the upper right side of her scalp. She falls to the floor, gasping.” Then, Foster indicates that the upper right side of her head is cut away and cauterized. “Amid the exposed bone, a small freeform transparency fills part of her head, melding sinuously with her brain. Behind the transparency, lights flash and twinkle. Reaching up, Rey touches the exposed area, and draws back her hand in shock. The revelation is as unexpected to her as it is to us.” 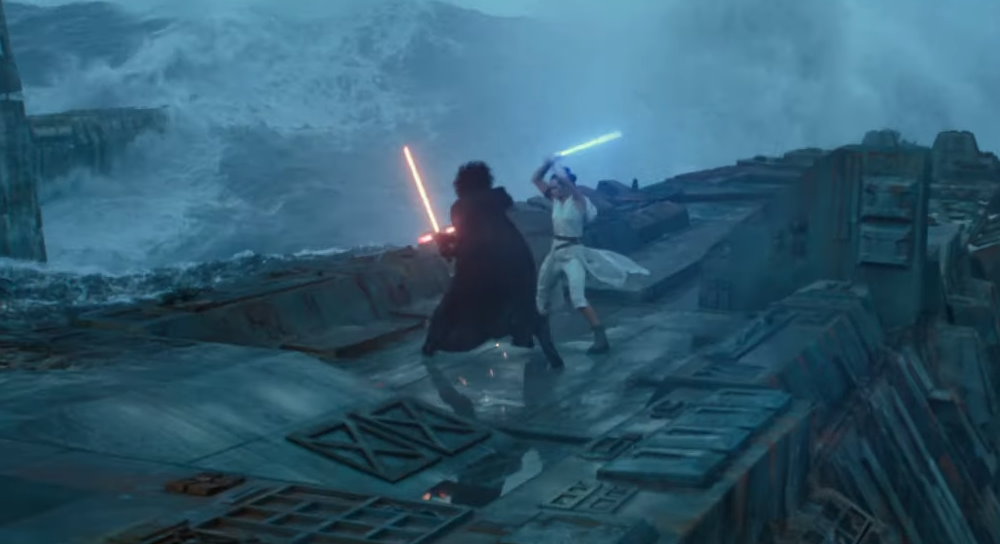 Locked in battle with Kylo Ren, Rey’s memories come flooding back to her. Foster writes, “Her parents, junk dealers, with an infant. An infant with a deformed skull. They take her to a renegade surgeon on Jakku. There is one possible operation, but it’s experimental and highly dangerous. It could kill her. Her parents agree to it. Rey is operated on. The shape of her head is made normal, but with part droid componentry inside to help keep her alive. Natural skin and hair grow swiftly over the surgical opening. Her parents can’t handle her. They abandon her as a young girl, paying what they can to Unkar Plutt to look after her. He abandons her as a child, but she turns scavenger and somehow, survives.”

Micheline: I assume Rey will be revealed to be the Skywalker of the title. (Unless Luke is reincarnated as a bantha or something.) Which is kind of a cheat since people involved with the movies have denied that from the start. Maybe Luke stored a little of his midi-juice in a sperm bank and the writers will pull a new Jedi out of their — ahem — out of left field as a surprise?

Duffy: There is the possibility that when Kylo Ren told Rey, “Your parents were nobodies who threw you away, you have no great lineage,” that was a lie. If that was a lie, then how dare [the filmmakers]? Because you don’t get your audience interested in the narrative by lying to them about what’s going on. That’s a dirty rotten cheat. I’m assuming they’re NOT dirty rotten cheaters. If they reveal, “Surprise, she (or some other character) is a Skywalker too,” I’m going to be so unimpressed and so bored.

Veitch: Rey should be the granddaughter of Palpatine. And we finally learn that Palpatine himself is the father of Anakin Skywalker, aka Darth Vader.

Star Wars: A New Hope
$19.99
Buy on Amazon This is a paid link. Learn More. Clicking the link may take you to the Amazon store servicing your country Price incl. tax, excl. shipping.  Details correct as at: 2021-01-18
SaleBestseller No. 2

Star Wars: Light of the Jedi (The High Republic) (Star Wars: The High Republic)
$19.08
Buy on Amazon This is a paid link. Learn More. Clicking the link may take you to the Amazon store servicing your country Price incl. tax, excl. shipping.  Details correct as at: 2021-01-18
Bestseller No. 3

Star Wars: The Rise of Skywalker
$3.99
Buy on Amazon This is a paid link. Learn More. Clicking the link may take you to the Amazon store servicing your country Price incl. tax, excl. shipping.  Details correct as at: 2021-01-18
Bestseller No. 4