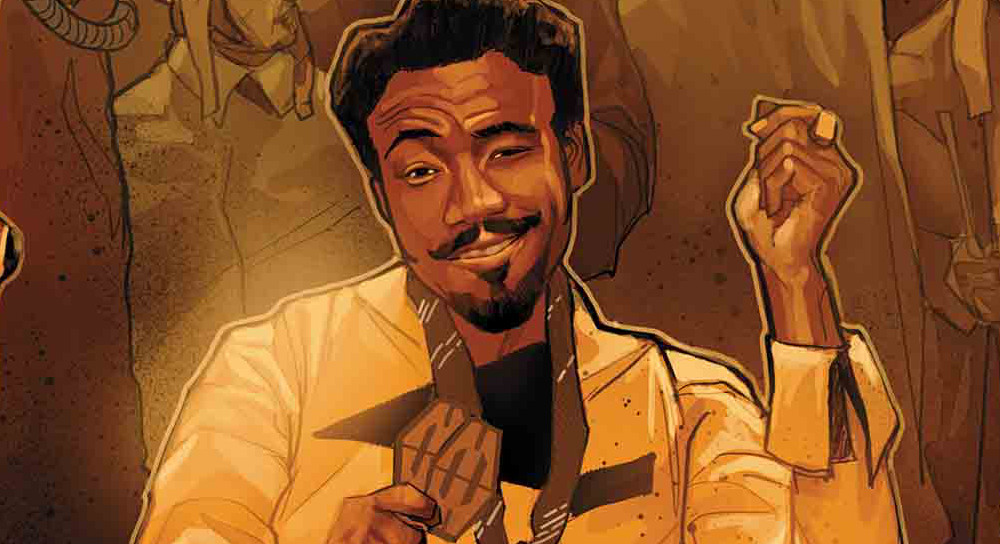 The December solicitations from Marvel Comics have been revealed and it features seven new comics, and two new trade paperback.

The prize piece of the release news is the solicitation for Age of Republic; the first in a new series with the moniker Age Of…  to spread the entire Star Wars timeline.  December will see one-shots in this series featuring Qui-Gon Jin and Darth Maul!

Oh, and lets not forget the return of The Hunter from Marvel’s original Star Wars run in Han Solo: Imperial Cadet!!!

Here is the run-down:

This is the Age of Star Wars! STAR WARS: AGE OF REPUBLIC, AGE OF REBELLION and AGE OF RESISTANCE chronologically tell a series of spectacular adventures featuring your favourite characters from ALL THREE STAR WARS TRILOGIES!

Starting with AGE OF REPUBLIC this December, writer Jody Houser teams with artists Cory Smith and Luke Ross to spotlight four of the greatest heroes and four of the coolest villains from the prequel films during the waning days of the Old Republic. Witness the never before seen moments that define the characters, the incredible battles that shaped them and the eternal conflict between the light and the dark, good and evil!

It all starts here in the pages of QUI-GON #1 and DARTH MAUL #1.

RISE OF THE SITH!

A living weapon of rage and bloodthirst, DARTH MAUL has stayed in the shadows of CORUSCANT waiting for his chance to strike against the JEDI ORDER! However, since tasting his first blood, the SITH lord struggles to contain his desire for destruction and questions the wishes of his methodically plotting master. Could Maul have had another path in life, or was he always fated to follow a dark road? Guest-starring DARTH SIDIOUS!

Considered one of the greatest Jedi Knights or the one who led them to their doom, maverick QUI-GON JINN is one of STAR WARS’ most controversial heroes. The JEDI MASTER is known to bend the rules and it’s gotten him into plenty of trouble with the COUNCIL. Now, in the face of a mission that goes awry, he’s forced to confront his conflicting beliefs. What will Qui-Gon uncover about his loyalty to the Jedi vs his loyalty to the FORCE? Guest-starring MASTER YODA! 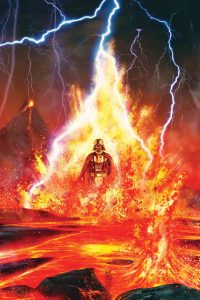 “FORTRESS VADER,” FINALE!
The FORTRESS is complete. The door will be opened.
VADER finds everything he has ever desired.
THE DARK LORD gets everything he deserves. 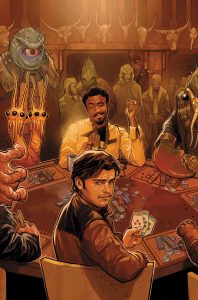 THE FASTEST SHIP IN THE GALAXY!

QI’RA is alive! But she’s working for the ruthless gangster DRYDEN VOS, who forces HAN, BECKETT and QI’RA into an impossible heist.

But where will this trio find the fastest ship in the galaxy to make the dreaded KESSEL RUN? 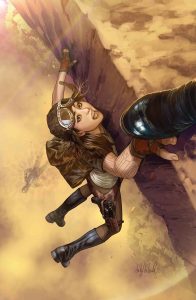 Rogue archaeologist DOCTOR APHRA has ten hours to cross a hostile megacity before the bomb implanted in her throat blows up.

No big deal, right? And even if there ARE, say, insane cops and bounty hunters on her tail—she’s got a partner to help her!

(Unfortunately that would be TRIPLE ZERO: the astonishingly unpleasant murder droid who yearns to see her dead.) 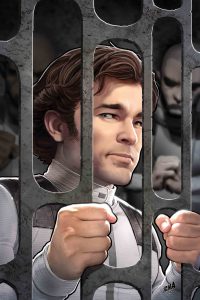 THE HUNTER AND THE HUNTED!

After spending a night in the brig, HAN SOLO is given one last shot at flight school…

Will Han be top gun, or will he crash and burn?

Crash and burn if one of his top competitors gets his way! This mysterious rival is ripped from the pages of CLASSIC STAR WARS COMICS! 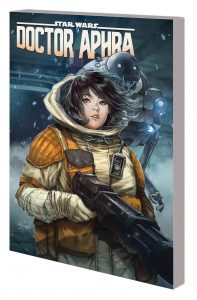 Doctor Aphra is behind bars. Again. But this time she’s in Imperial custody, strapped to an explosive transmitter synced to a single hubdroid. Take one step too far? Kablooey! So what happens when Aphra’s captors send her hubdroid right into the middle of a war zone? And what’s this rumor about the prison being haunted? Meanwhile, Aphra’s got information — and it’s information the Rebellion wants. But how far are they willing to go — and who are they willing to recruit — to get it? Surely even our lovable rogue archaeologist can’t find a way to make things even worse, right? Wrong. Because Aphra’s current flame, Inspector Tolvan, and Aphra’s ex, Sana Starros, are about to meet. Awkward. But that’s nothing compared to a certain tall, dark shadow about to fall across her.
Collecting STAR WARS: DOCTOR APHRA #20-25.
152 PGS./Rated T …$17.99
ISBN: 978-1-302-91153-9 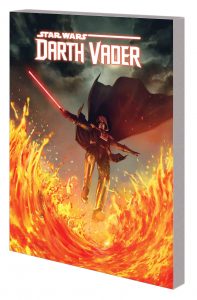 Continuing the imperious rise of the Dark Lord! A Jedi makes a desperate deal. The Inquisitors’ mission evolves. And Darth Vader discovers a theft! And when the thief faces the consequences of the crime, Emperor Palpatine rewards Vader with a gift…and a voice. Seeking the path to his destiny, Vader returns to the place of his greatest defeat. There, echoes from the past reach out to him — both his own and the dark history of the Sith! Darkness rises above Mustafar as a brutal design begins to take shape. But the planet’s inhabitants will not take this desecration lightly and formulate plans of their own. Vader’s fortress will stand — but at a terrible cost. The fire will come to Mustafar — and all will burn!
Collecting DARTH VADER (2017) #19-25..