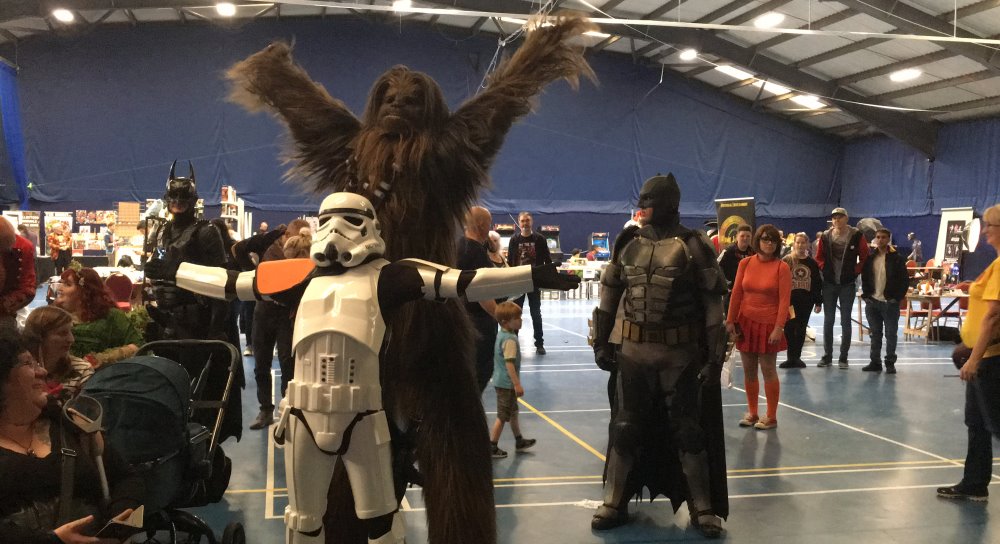 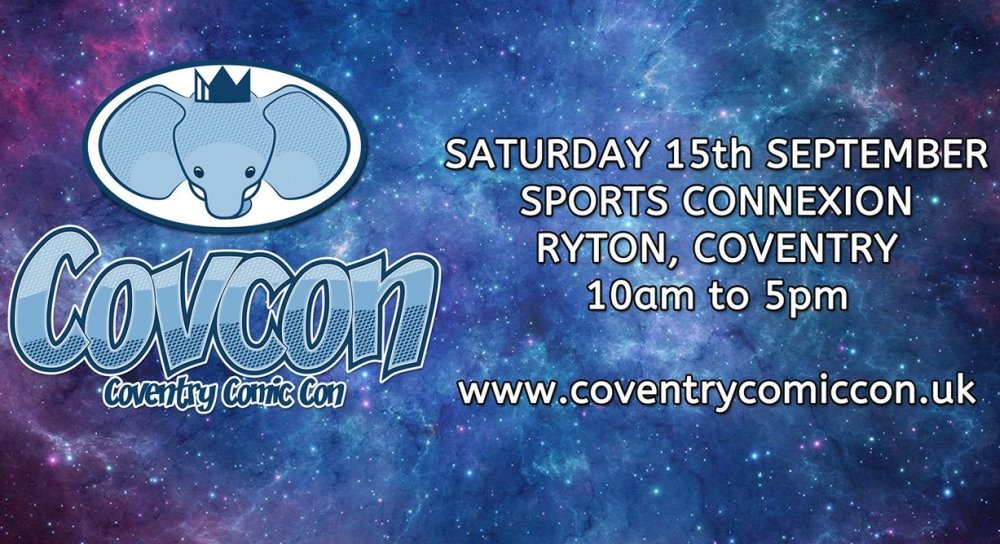 Saturday 15th September saw the return of CovCon for its second year. I really enjoyed the inaugural event and looked forward to its return, not only because it’s a stone throw away from where I live but because of the positive atmosphere at last year’s one. I wasn’t disappointed it literally started the minute I arrived to the minute I left. I met Star Wars artist JAKe and event organiser Peter at the entrance, it was a home from home and the banter began!

This year organiser Jeff, made the decision to expand the size of the con rather than hold it all in the one building. As a visitor I felt this worked well, plenty of space to walk around and the bottlenecks that happened last year were non-existent.

Organisers strive to have interesting and unique stalls at the con and this year was no exception. With a wide range of genres all fans were covered. My favourite stalls included: 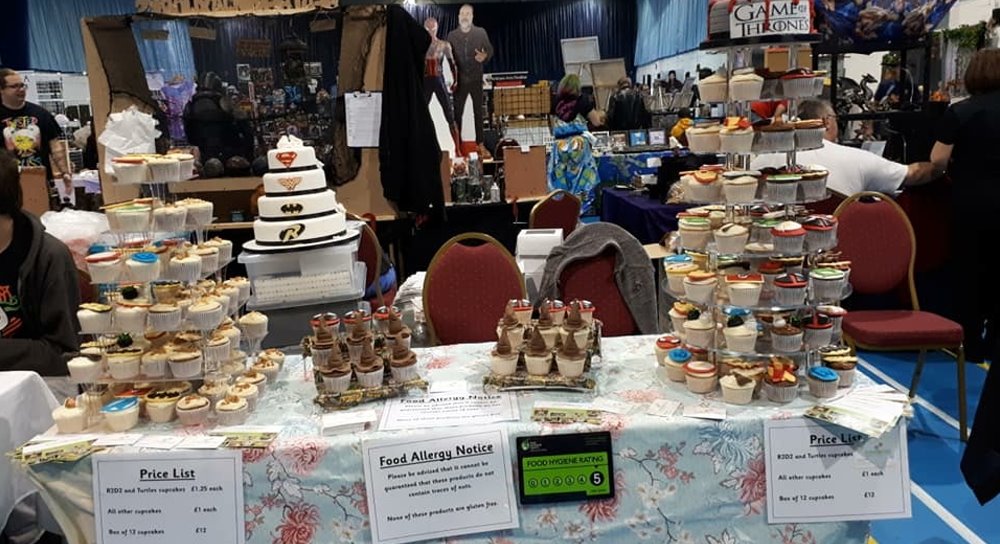 A Fantha Tracks favourite for sure. Graham’s bakery had a wide range of cupcakes from movies and franchises including Star Wars, Marvel, Harry Potter and DC. 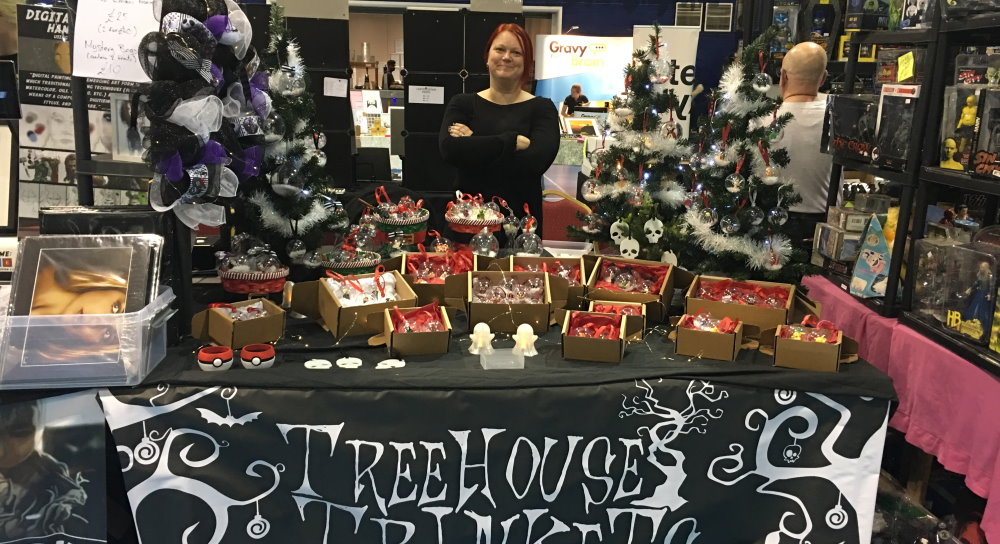 These simple but yet fantastic designs are fabulous! The tree decorations are Lego mini figures in clear baubles! I have to admit it I bought the Hoth Leia….the LEGO figure is surrounding by fake snow and will look great on my Star Wars Christmas Tree. 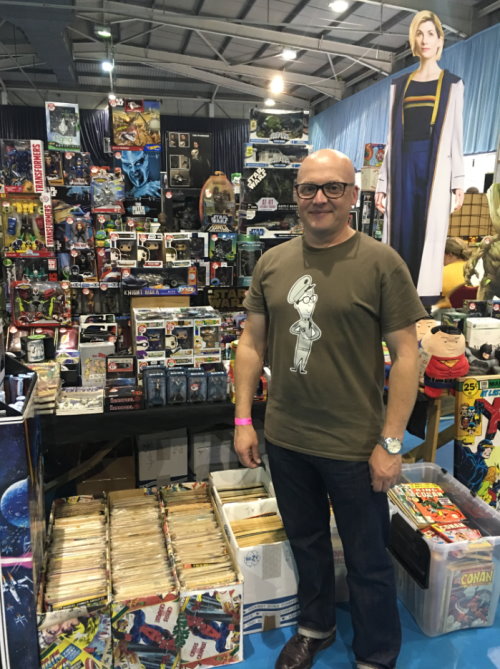 A stall that has vintage toys, comics, you name it! I found two original issue 1 and 2 Marvel Special Treasury Editions for £30.00 each. What a bargain! 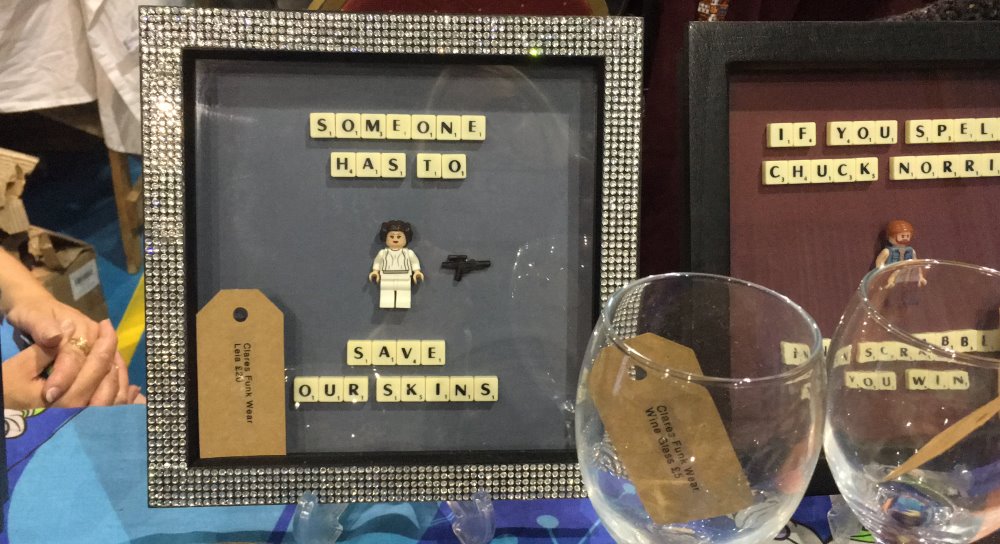 This stall also uses LEGO mini figures, but combines them with either scrabble pieces in a frame or creates small sets from the films. 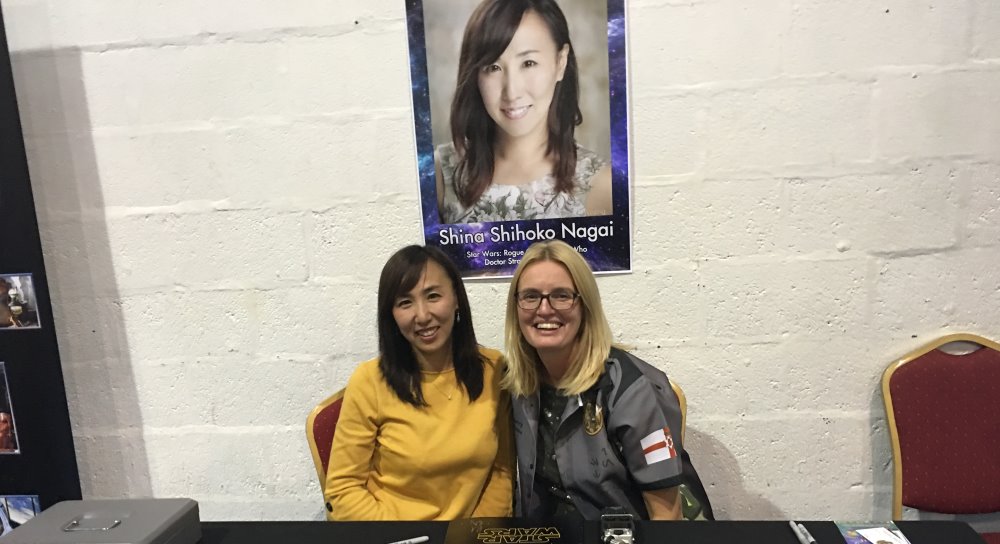 There was a small selection of signing guests this year compare to the previous one however some were UK exclusives including a Rogue One: A Star Wars Story guest, Japanese actor Shina-Shihoko Nagai who was delightful to chat to and so friendly! A full interview with Shina will be on a podcast coming your way soon.

I then moved into the second arena walking past the snack bar which was reasonably busy with plenty of seating which at comic cons is a bonus.

In the second arena there was a gaming zone, stage, photo opportunities and artist area. This was where JAKe and several artists were. The highlight for me here was spotting Chewbacca and the dancing Stormtrooper! I came across them first playing Street Fighter II the phrase “Let the Wookiee win came to mind” immediately. I then spotted them next raving by the stage, with a very unimpressed Batman watching on! Check out Fantha Tracks TV to see the Stormtrooper bust some moves!

The venue itself and layout got a thumbs up from me. I really felt a lot of thought had been put into the convention taking on recommendations made from people in their Facebook group. I am really looking forward to 2019! Well done to Jeff and Peter for organising a family friendly positive event. Your volunteers and staff were polite and helpful. See you next year!