Last Shot arrives on 17th April, and Fantha Tracks will be reviewing it soon afterwards, but before then StarWars.com bring us another excerpt from Daniel Daniel José Older’s hotly anticipated book which covers three periods of Han and Lando’s history.

Here we’re with Lando and L3-37 in a scene set before Solo: A Star Wars Story.

It was close to midnight, the dawn of a brand-new year; the Empire was creeping its way across the galaxy like a ruthlessly bureaucratic, occasionally lethal fungal infection, and the thriving underworld of smugglers, spice dealers, bounty hunters, and assorted denizens of the crime syndicates that kept them afloat had all gathered to celebrate the coming era of overindulgence and excess. The mind-numbing rickety drum ’n’ drone bursts, moans, and clacks of RevRav and the 4-Pies blurted out across the tenth-level solarium den of Weigh Station Karambola; beautiful women of all species were everywhere looking as fine as they wanted to, and a now fully dressed and manicured Lando Calrissian high-stepped through the revelers, feeling good.

“Faztoon,” he said, nodding at an Ithorian. “Good to see ya, old buddy. Primco Farg!” Faztoon chortled something and waved; Primco, a human bounty hunter whom Lando didn’t care much for, just looked away. Didn’t matter. The night was made for fun. “All right, Barto!” A pointed finger. “Smooyt! Did you ever get ahold of those nanoblasters you kept—” Smooyt cut him off with frantically waving tentacles and a meaningful scowl. “Okay, never mind then!” Lando spun out of the way and nabbed two bubbly drinks from the tray of a passing server droid without losing his stride. Then he stopped in his tracks, pursed his lips, and shook his head. “Prita Sven.” 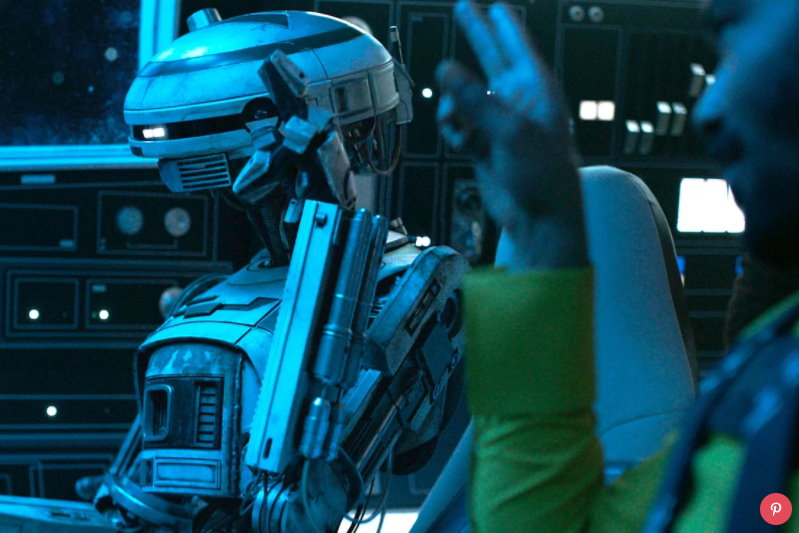 The woman smiled with half her mouth and gazed down at Lando, one long-fingered hand on her (full, deliciously thick) hip, the other holding the tube of an elegant smoking apparatus up to her (full, deliciously thick) lips. A glittering gold gown hung off one shoulder and slid down between her long legs, revealing plenty, hinting at more. “Ah, Larren,” Prita said in a sultry whisper.

“Larren Carlprispan,” Prita declared, uninterested in pithy details. She took a gulp of smoke and released it into the air, then deigned to give him a quick glance-over, seeming to store what she saw in a file somewhere. “How have you been?”

Lando really didn’t care how she said his name, as long as he could find a way to slide that dress off her later that night. “Much better now that I’ve seen you. What brings a lovely lady like yourself out to this gruesome den of outlaws and kingpins? Wait . . .” A tiny blip of information surfaced in Lando’s mind, clicked into place. “Don’t you work for the—” 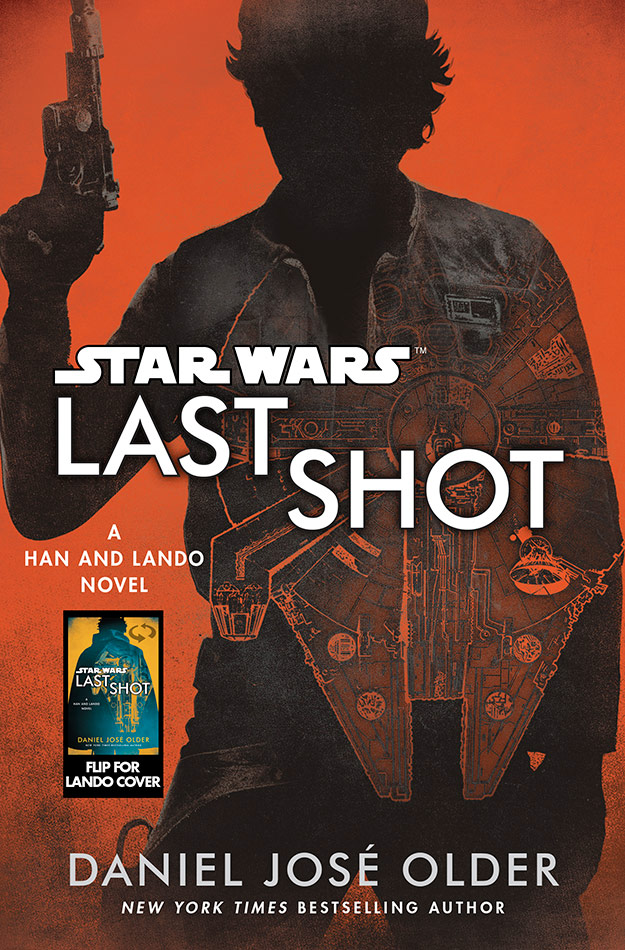 “Galactic Empire, yes. I was a regional administrator when you last saw me at the Berullian Checkpoint. I have been upgraded to vice grand administrator of stormtrooper recruitment.”

Lando had never been to the Berullian Checkpoint, and the last time he’d seen Prita had been on Pantora, when he’d had to sweet-talk her into letting him fly offplanet with a freighter full of illegally poached forlyn carcasses. It had worked, but he’d had to bust out pretty quick after that and hadn’t had the chance to see if that sweet talk would pay off in any other ways.

Prita had never been good with the small stuff, though.

“Well, congratulations, Vice Grand Administrator Sven. How ever will we celebrate your promotion?”

Prita locked eyes with Lando, endowing him with her full atten­tion for the first time. Her lips stayed pursed around the smoke tube, but her eyes smiled. That’s it, Lando thought. We have docking clear­ance. He was pretty sure that later that night, when they were lying sweaty and naked in each other’s arms, he would trace the whole thrilling escapade back to that singular eye contact.

“We must find a suitable way,” Prita said in a breathy whisper.

“I would like nothing mo—” An insistent tug on Lando’s arm cut his words short. He spun around, preparing to let fly a barrage of curses at whatever drunken fool had interrupted him this time. Instead found himself staring into the single illuminated eye of his piloting droid, L3-37.

“I need your help,” she said in an accelerated deadpan that Lando had learned to recognize as urgent.

“Elthree,” Lando said, cocking his head. “Now is definitely not the time. Let me—”

L3-37 aka Phoebe Waller-Bridge wins big at the Emmys

RUMOUR: Could Disney Plus be the home of Qi’ra and Lando Calrissian live action TV series?

L3-37 from Solo: A Star Wars Story was conceived by George Lucas