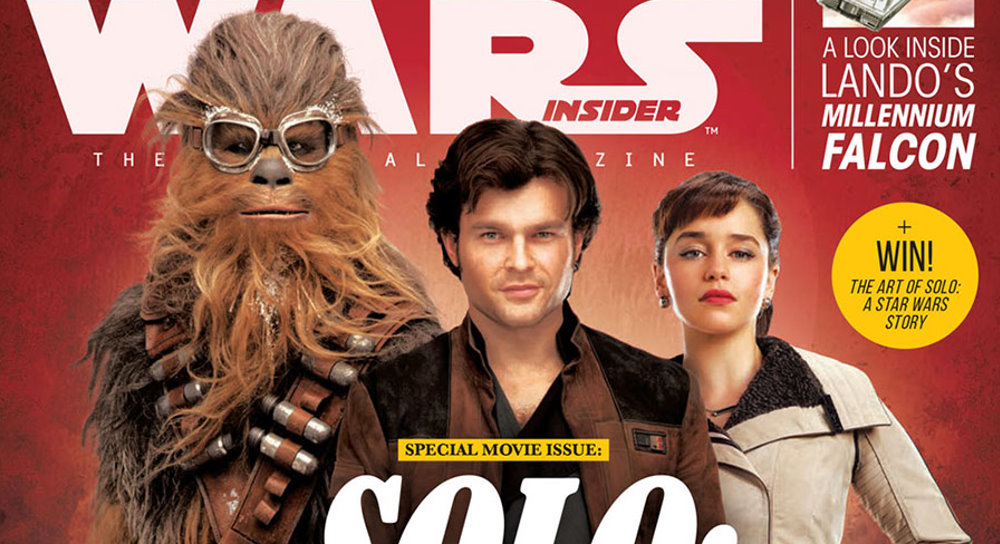 Issue 181 of the indispensable Star Wars Insider is here – a magazine close to my heart – which scratches gravel in the most tremendous style as it brings us a closer look at Solo: A Star Wars Story. StarWars.com give us all the details.

1. Soldiers of the Empire.

Enjoy the highlights of Ron Howard’s production journey via his top tweets.

3. Plotting a course into danger.

Have you got what it takes to navigate the most dangerous smuggling run in the galaxy? Find out why few do! 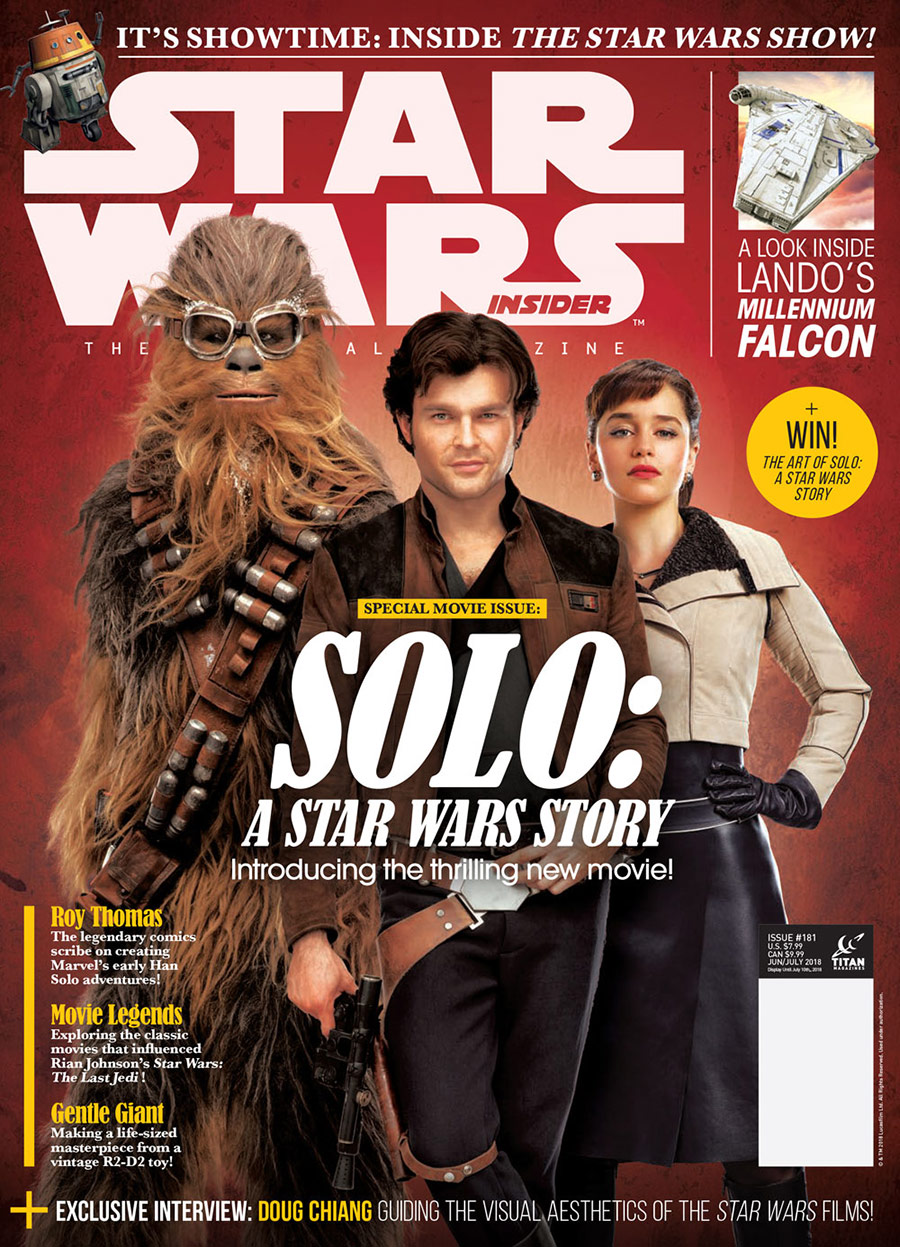 Take a look inside the Millennium Falcon before Han and Chewie won her fair and square.

6. Dive into the cinematic influences behind Star Wars.

Find out what films inspired director Rian Johnson in the making of Star Wars: The Last Jedi.
7. Meet Doug Chiang.

The concept artist, production designer, and Lucasfilm vice president talks about his early career and aspirations.

Finn wakes up to a new world in Star Wars: The Last Jedi, but is he still the same man we met in The Force Awakens?

Gentle Giant reveals how they turned a 1978 Kenner action figure into a life-size droid monument of our favorite nearsighted scrap pile, R2-D2.

They’re not big. They’re not pretty. But they are true heroes of the galaxy.

Get on down to your local newsagent or better still, subscribe by clicking here and saving 30% on cover price.

From A Certain Point of View: Which is the best new character in Solo: A Star Wars Story

Take a look inside the pages of Star Wars Insider #196