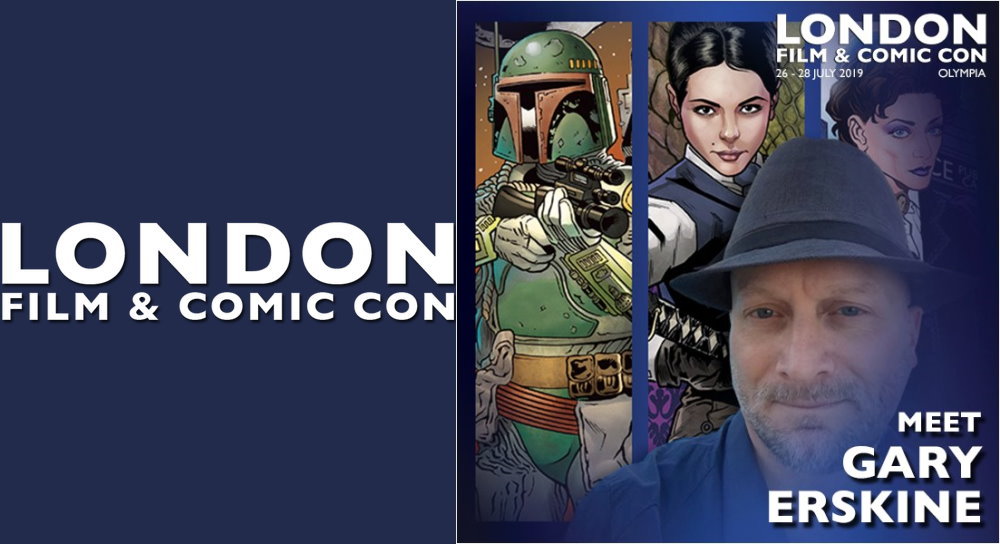 London Film and Comic Con returns to Olympia over the weekend of 26th to the 28th July 2019 and joining the show is a Star Wars comic artist. 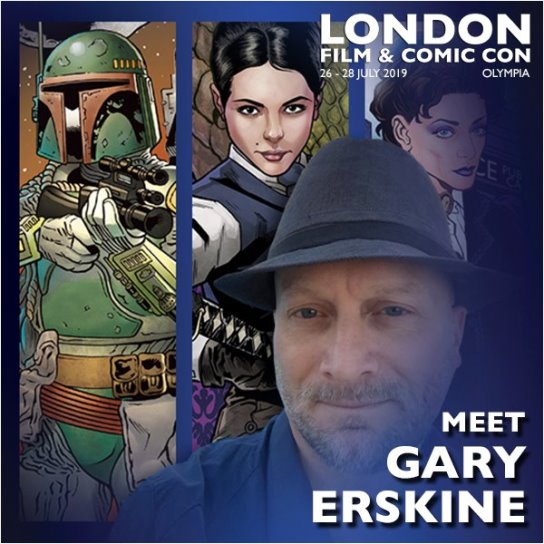 GARY ERSKINE is going to be at London Film & Comic Con, in the Upper Level Comic Zone!

The event takes place at Olympia London 26-28 July and Gary will be there all three days.

Gary Erskine has worked in the comic industry for near thirty years for MARVEL, DC Comics, Vertigo, Dark Horse Comics, IMAGE, IDW and other companies with writers Mark Millar, Warren Ellis, Garth Ennis, James Robinson and Grant Morrison on books including The Unwritten, Hellblazer, War Stories, The Massive with Brian Wood, and Grindhouse with Alex De Campi, with characters as diverse as Judge Dredd, Starman, John Constantine, Dan Dare and Captain America. He has also contributed to licenses including Star Wars, Star Trek, Doctor Who, Transformers and Terminator. He mentors film students on storyboarding, teaches workshops at schools and libraries and is currently writing and publishing ROLLER GRRRLS. Future work includes Incendiary.US and Zachariah Gunn: Dakota.

Gary has also provided storyboards and concept design work for the games and film industry and also works commercially with clients including D’Agostini, SONY, EA Games COLORS, Team GB British Cycling, J League and the Joshua Agency. He has also contributed a short story to the successful Metal Made Flesh series for Subversive Comics working with writer Cy Dethan called The Final Piece Of Me. Recent work includes the companion graphic novel to the Frontlines series of sci-fi novels by Marko Kloos, written by Ivan Brandon for Jet City Comics and covers for Sabrina, The Teenage Witch for Archie Comics.

Outside comics, Gary also hosts character Design workshops for schools and teaches storyboards for film students at the Royal Conservatoire of Scotland and more recently provided workshops for the Prince’s Trust. He has produced educational and promotional work and talks for various universities including Glasgow and St Andrews. He also teaches games design at Fife college.

Gary was also the Creative Director of the Glenrothes Comic Con events [2017, 2018]

He lives near St. Andrews with his wife Mhairi and cats, Meg and Mog.

Fantha Tracks will be at the event, so stay tuned as the guest list develops.

Looking back to London Film and Comic Con 2009