STAR WARS NEWS IN A SINGLE FILE
Search
Home News Misc Can you be R5-D4’d back to health? 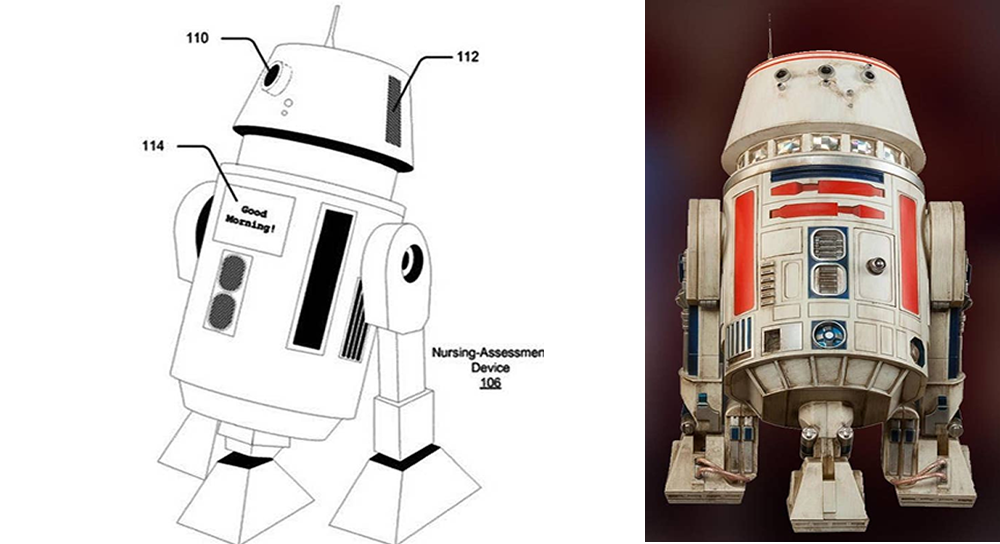 Just when you think you’ve seen it all a story comes along to make you go wow!  Google is developing an R5-D4 lookalike robot to help nurses in hospitals perform some basic routine tasks.  Not sure what is more fantastic, the fact that R5-D4 was recognised or they chose the design on a robot with a bad motivator? 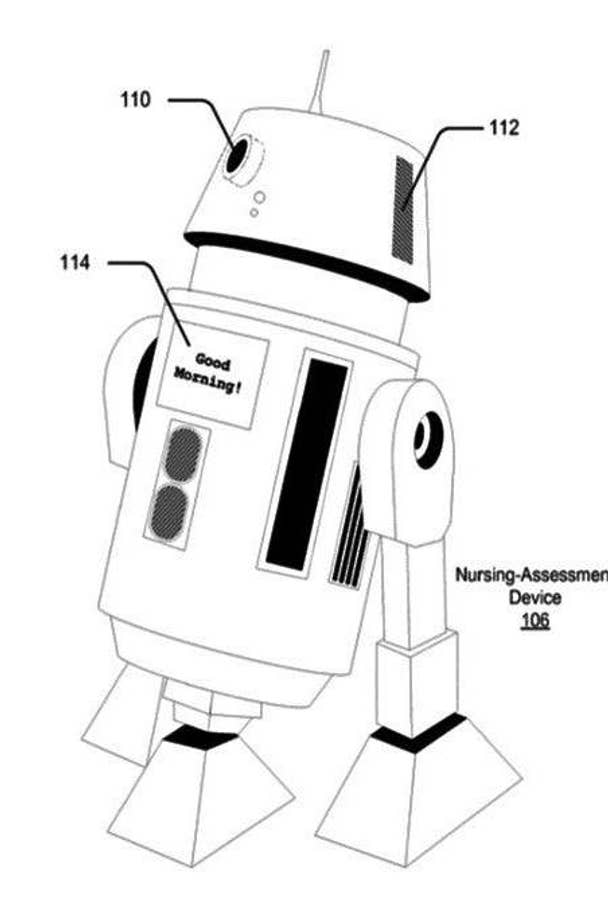 Google is developing a robot nurse designed to travel around hospital wards to check up on and assess patients.

Documents lodged with the European Patent Office suggest its  “nursing assessment” droid would scan for temperature, heart rate and blood pressure, and ask questions about the patient’s mental and emotional state.

The robot would have “human condition recognition” and be fed with an encyclopaedia of historical cases. These would help it make a basic diagnosis and a report that could be sent to a human doctor, according to the patent paperwork. One London GP suggested robots could help free up nurses and doctors in NHS hospitals from “mechanical” tasks such as pre-admission questionnaires.

The patent claims data on physical health, psychosocial state and even basic brain function could be gathered. A camera would video the patient, and questions via a speaker and microphone might include: “How many times have you been to the bathroom today?”.

A tablet computer on its chest would also help the person punch in responses. The patent says processed video would help indicate “mood and physical state, such as whether the person is happy, sad, healthy (or) sick”. As well as testing “vital signs”, the droid could scan for strength, coordination, reflexes and complexion.

Software would also assess questions such as if the patient “has thoughts of suicide or harming others”, Google says. It adds that the robot would analyse for slurred speech and dexterity via written tasks on the chest tablet. The person would then be asked if they wanted to follow up with a “live healthcare professional”, or the robot could “act as a telephone” to a medic. The patent contains a design for the droid, which has been compared in appearance to R5-D4 from the first Star Wars film, A New Hope.

Dr Laurence Buckman, former chairman of the British Medical Association’s General Practitioners’ Committee, said: “I think most patients wouldn’t mind at all, as long as it’s a precursor to seeing a real human.”

But the patent is likely to fuel concerns about public health bodies giving Google deep access to people’s data.

The firm sought to address privacy fears in the patent, saying patient video can be processed “locally”. Google did not respond to requests for comment.

Many thanks to Peter Lee for this tip off this morning regarding this news story which appeared in the London Evening Standard.