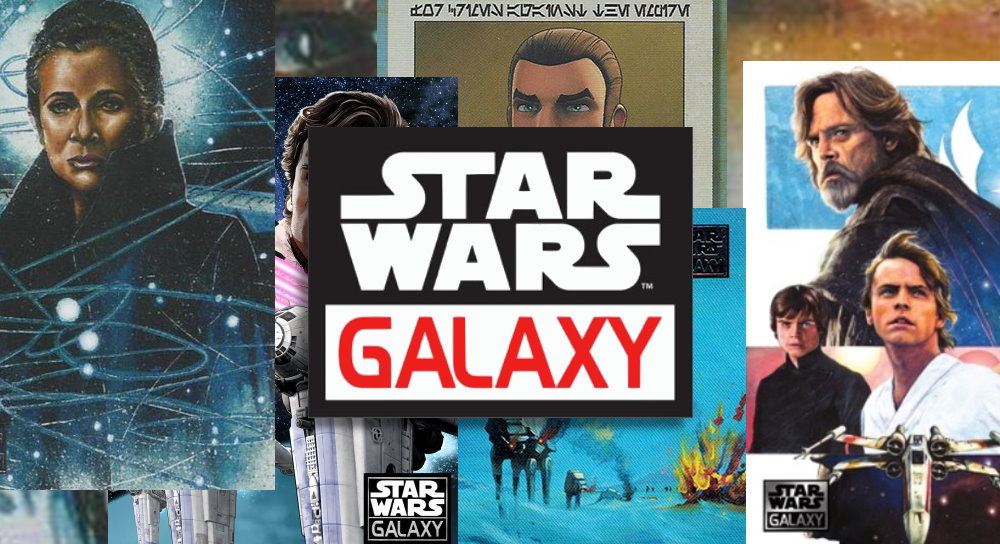 There’s a very welcoming nostalgia that surrounds the return of Topps Star Wars Galaxy series. Missing from their solicitations for over six years, it returns for 8th iteration. The Galaxy brand launched in 1993, marking the return of Topps to the modern era after the decade long gap since Return of the Jedi Series 2 in 1983. 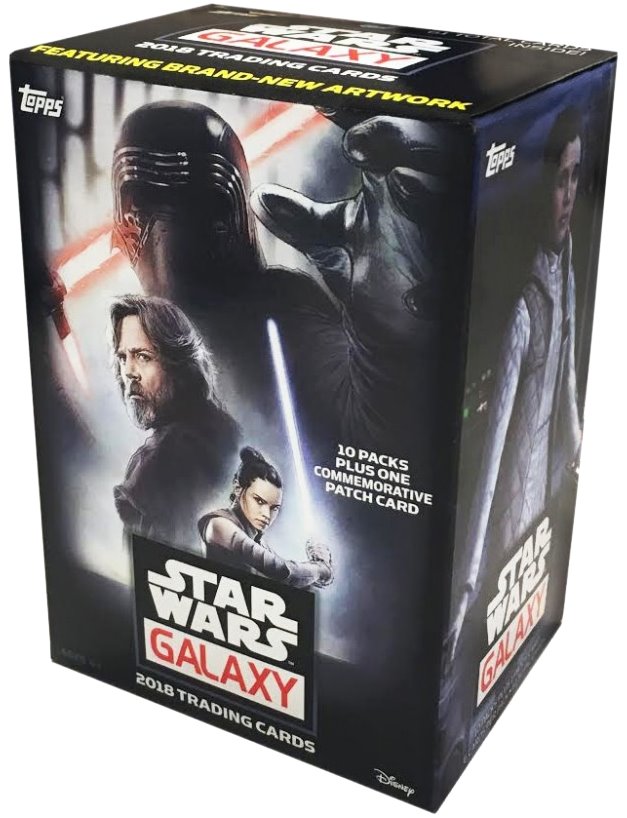 It not only gave us a much-needed hit of nostalgia in the the critically overlooked 90’s, a pre-prequel era that fuelled the world for the return of Star Wars, but it also allowed us a fascinating ‘What If’ peek at the galaxy. Roads not taken, ideas that fans had chewed over for years came to life under the penmanship of 90’s superstar artists and classic greats.

In short, the three Galaxy sets from 1993 to 1995 were absolutely essential, and launched Topps back into the Star Wars galaxy with new and inventive releases, returning 14 years later for Galaxy 4 in 2009 up to Galaxy 7 in 2012.

Hop forward through the first half decade of the Disney era and Galaxy returns, though not as Galaxy 8. Just like Star Wars Celebration, the numbering system has been abandoned. Instead, 12th December 2018 brought us Galaxy 2018, but could it recapture the magic of those early Galaxy sets? Let’s take a look at what Topps brought us this time around.

First off, the break down of the Hobby box. Inside you get 24 packs per box with 8 cards inside each pack. The set consists of 150 cards in total with 1 Autograph, 1 Additional Hit (that could be an autograph, a sketch or a patch), 24 Parallels and 24 Inserts.

The first 52 cards of the base set looks at characters and high-spot moments from the history of the Star Wars saga. No longer stepping outside of the canonical story, each card now fits within canon, giving an artistic interpretation of ‘real’ moments (so no worshipping at Yoda statues this time around). 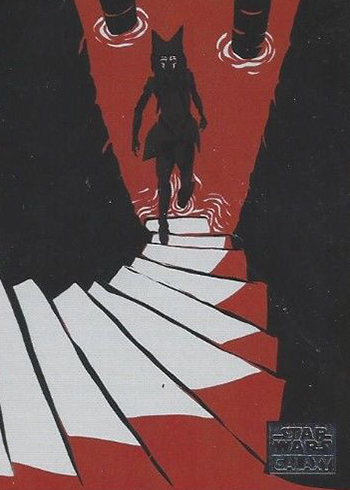 The remaining 48 cards showcase never-before-seen images, a real treat for long time collectors. As with most modern Topps sets there are parallels including Blue, Green (1:4 packs), Purple (#/99), Orange (#/25) and Red (1/1), as well as super rare Printing Plates (1/1). You can review the full checklist here.

The inserts are more varied than ever. This time around we have physical versions of cards from the Star Wars Card Trader App drawn by Dave Filoni, the 10 card Journey of Ahsoka. Joe Corroney returns for the six-card Galaxy Puzzle and Eli Maffei brings us 6 Star Wars Rebels Wanted Posters.

As always there are autographs, and Galaxy 2018 certainly doesn’t skimp on the celebrities. The main silver foiled autos include Carrie Fisher, Daisy Ridley and Harrison Ford along with low-numbered Blue (#/50), Green (#/25), Purple (#/10), Orange (#/5), Red (1/1), and Printing Plate (1/1) editions. There are also dual, triple Autographs and Six-person autographs (#/2).

Galaxy 2018 has a huge shadow to step outside of. Those first three sets back in the mid 90’s are so highly regarded by Star Wars trading card collectors, it’s nigh on impossible to top them (pun intended). The original sets gave more background info on the artists in a Marvel Bullpen caricature style that was fun and informative, while the current sets don’t do that, and as mentioned before these are very much within the boundaries of canon – no extrapolating or wandering off into the realms of Infinities. That said, it’s a very welcome return with a classy set that gives us a broad gallery of superb new images and kicks off a new era for the galaxy brand.

Now, we just need a new Galaxy trading card folder or two to house these new beauties in….

Many thanks to Topps for the review box.

Topps Star Wars Journey to: The Rise of Skywalker: Buy online and get a free limited edition BB-8 card

Topps: New releases for The Mandalorian