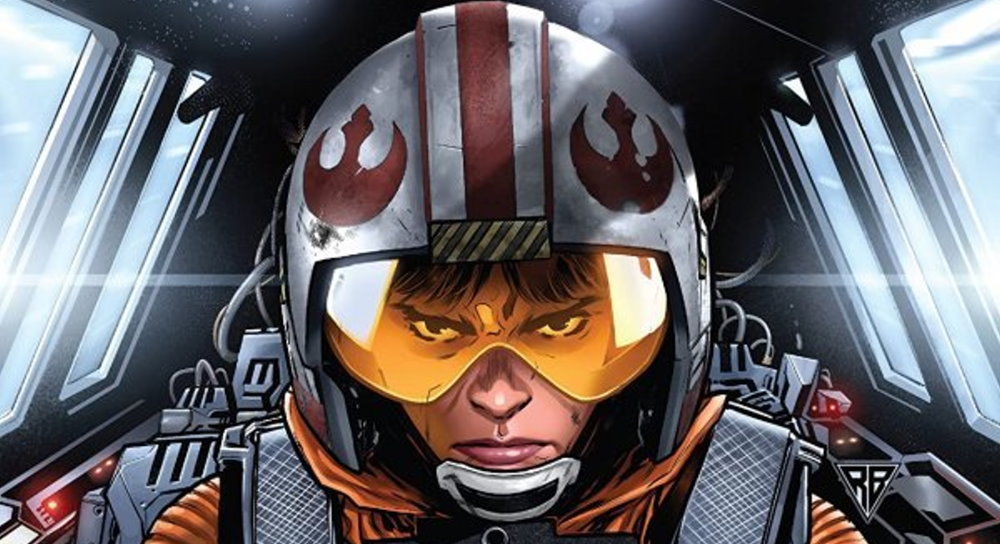 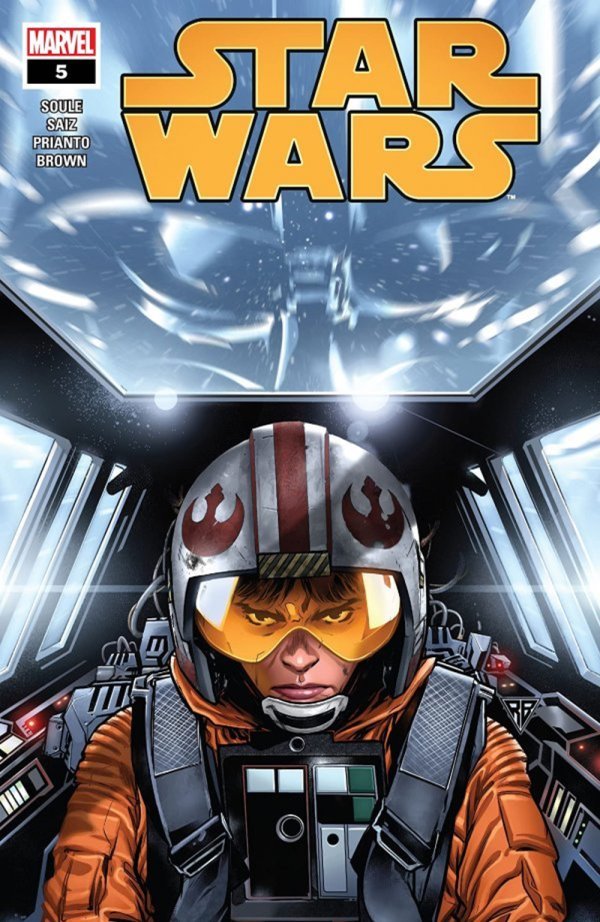 Luke is more determined than ever to become a Jedi despite the shocking revelation. He has embarked on a quest to find a figure who has appeared to him in several visions through the Force. This mysterious woman may be a Jedi and may hold the secrets to shaping Luke’s destiny….

It’s a dark galaxy, where a man hustling for a living claiming to be Luke Skywalker can come across the real Darth Vader and be executed for his misdemeanor, but that’s the mood Vader’s in and the galaxy we find as issue 5 of the second volume of the ongoing Star Wars title kicks off, in a grimy cantina. Vader makes it chillingly clear – claiming the name Skywalker brings with it their crimes as ‘All Skywalkers die’. He’s less than impressed at having his time wasted as we cut to the real Luke Skywalker and Artoo arriving at the triple-sun world of Serelia, still hunting for his lost lightsaber. Landing at a coastal town, Luke approaches a hidden figure when – in classic Star Wars style – all Fornax breaks loose as a chase at sea begins.

This is no sandspeeder chase across the Dune Sea on Tatooine as Luke finds out as they hit debris and are ditched into the ocean. Thanks to Artoo (who also doubles as a floatation device) gets Luke to the beach (Luke loves sand) and footsteps that lead upwards to a booby trap that explodes, a weaponless Luke flinging Artoo away from the blast using the Force. Watching an increasingly confident Luke dodging traps and saying ‘poodoo’ is nothing but fun, until suddenly it isn’t as he is trapped in a hole filling fast with water as his quarry reveals herself to be a hunter called Verla.

Verla gives Luke an important history lesson, explaining that even though it’s two decades past, Order 66 still stands. Any Jedi, or people believed to be Jedi are to be executed on sight, and as she explains about the Inquisitors and their boss Darth Vader, the look on Luke’s face says it all. Luke’s hiding something – Verla senses it – and as the issue ends with her sensing his anguish – that he is Vader’s son – she reactivates the water to fill the tank and we’re left wondering where this increasingly fascinating take is going to take us.

The art this issue is top notch, colourful and kinetic as we visit Serelia for the first time, and the questions posed are exactly the kind we want to get the mind grapes squeezing. Who is Verla, and how has she managed to hide this long from the Empire? Has Luke accepted the truth, that he is Vader’s son so soon after their clash on Bespin? There are a lot of questions posed by this issue, so hats off to Charles Soule, Jesus Saiz and the creative team for crafting an attractive, well observed issue that leaves us with tangible questions to chew over (which we will on the next episode of Canon Fodder).