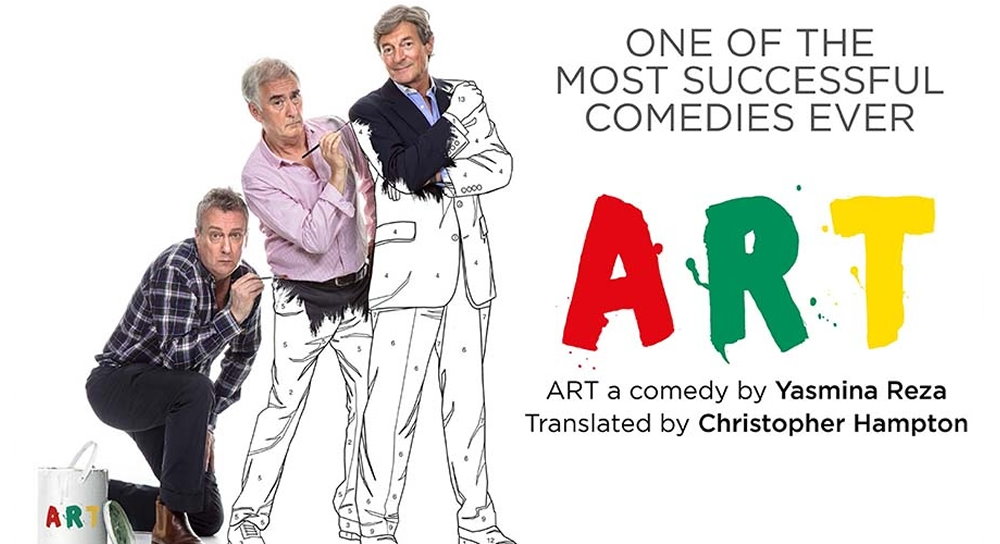 I was pleasantly surprised to be walking through Newcastle last week when I spotted a poster advertising an upcoming play called ART. Ordinarily I would have walked immediately passed it however a prominent image of Denis Lawson (Wedge Antilles) caught my eye. 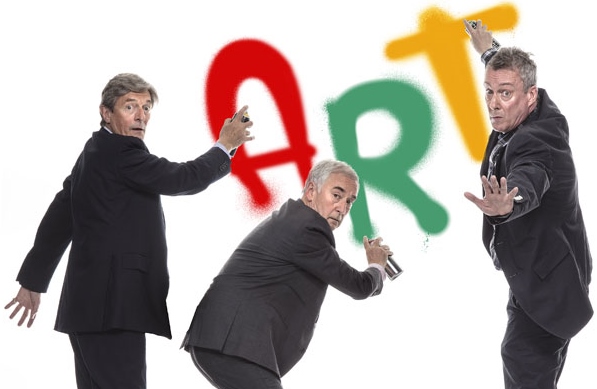 I purchased a ticket and was equally excited to see another two theatrical veterans in Nigel Havers (I’d already loved his performance as Maxim De Winter in Rebecca) and Stephen Tompkinson (veteran of many TV shows including Drop the Dead Donkey and DCI Banks).

ART is a story that focuses on three bickering friends of 25 years and how their tempers finally snap when Serge (Havers) purchases a blank white canvas painting for a ridiculous amount of money. Initially Serge believes the painting to be a work of genius, why would he spend £200,000 on a blank white canvas otherwise? But as the show progresses we start to see doubts and question his initial motif. 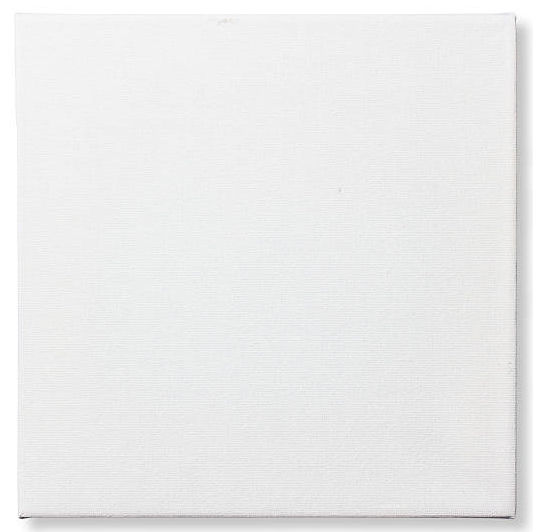 If you look carefully you can see diagonal white stripes.  Possibly white horizontal ones, and some grey, yellow and red….  😆

Denis’ character Marc is a traditional art fan and is very annoyed that his friend has purchased this piece. However, his obnoxious attitude does not help the situation at all. For 90 minutes the audience is lead through a hilarious and yet gut wrenching journey as Ivan (Tompkinson), who is the every man in this tale, is torn between trying to keep the peace between his two friends and their belittling of him and his achievements in life. One of ARTs many themes is the relationships of these middle aged, middle class men and their struggles to cope in the changing modern era. What will their legacy be?  What impact have they had on life and indeed each other?

All 3 actors gave tremendous performances and the chemistry onstage was electric. The show is on tour throughout the UK until early June and is recommended for anyone who wants to see an intelligent, thought provoking comedy. Due to the level of profanity used throughout, it is not suitable for children.

Denis Lawson to Ewan McGregor on doing Star Wars: “Don’t do it, don’t do it’

Far, Far Away from the Galaxy: Star Wars actors in other roles Part One

The Retro Draughtsman – A Blue Period

Denis Lawson is set to tour the UK in ART