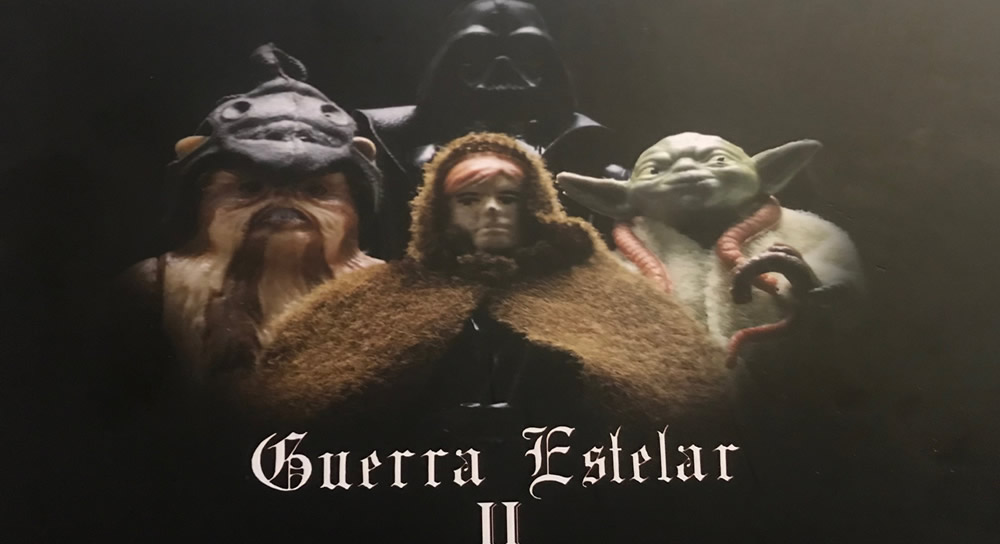 Imagine my delight when, while manning the Fantha Tracks booth at Celebration Chicago, fellow vintage Star Wars collector Daniel Segovia arrived looking for someone to review his book.

Daniel was born in Argentina, a child of the 1980’s in an era when he would have had firsthand experience of hunting toys in a country with its own internal struggles and difficulties. There are still many unanswered questions today on South American products, especially around Top Toys who were the Lucasfilm approved licensee in Argentina. This book takes us across the major countries of South America on a journey to discover how these collectibles were available, which I personally find more interesting than the items themselves.

Daniel hosted a panel on Argentinian collectibles as part of the Collecting Track at Celebration Chicago and I would urge you to check it out on YouTube.

The book is soft cover, spiral bound and comes in at 126 pages, many of which include high colour glossy photos. Legendary Kenner hired photographer Kim Simmons shot the front and back covers which proudly show off some Top Toys figures. He also writes the foreword which promises the reader a “delightful toy tour South of the United States border” and it certainly does not disappoint. 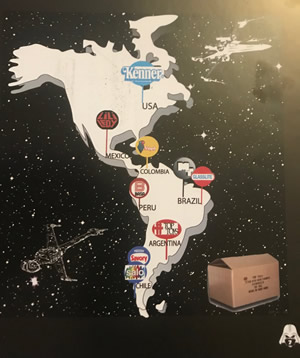 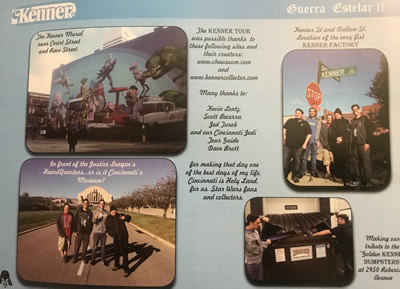 First, we are taken back to Cincinnati the location of the Kenner sites in the US to set the scene.  Daniel had the good fortune to visit many of the important locations which he correctly refers to as a mecca for toy fans.

It must have been an amazing trip for him and one I hope to do myself some day.

The aforementioned Kim Simmons then provides an interview covering his time working on the Star Wars line for Kenner, and later Hasbro. Some never before seen photos are also included and it is clear how Kim’s work helped give joy to Daniel, and children throughout the world. The reader gets the sense of pride and surprise from Kim in that his work had far reaching implications than the US Kenner market. 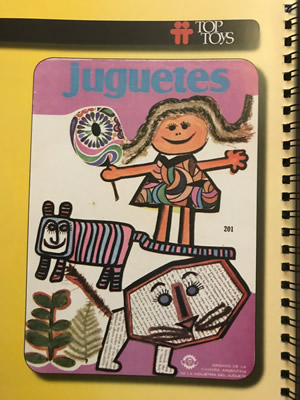 Part one is a very interesting chapter which focuses on Top Toys as a company before Star Wars. It is important to understand who the company is, what product they were used to handling and how they got the license. In 1976, due to changes in trade laws, foreign toys could be imported to Argentina however they were expensive.

Newspaper articles, personal photographs and internal contracts help set the scene of what life was like in Argentina throughout this period and highlight how tough it was for children to acquire these toys.

The next chapter focuses on the Top Toys action figures that collectors are desperately hunting today. Due to the costs involved in importing Kenner product, Top Toys produced their own figures with no foot holes and due to the fact that they are moulded from Kenner figures, are slightly smaller in scale. A wonderful tale from an Argentinian child of 1983 is included in this section which details the viewing of Return of the Jedi and the hunt for toys. I think these mini-interviews are one of the highlights of the book and really put the scene into perspective. Several detailed pages of the figures, cardbacks and closeups of the accessories follow and they are a joy to behold. It’s amazing to see how they kept the costs down but also had a certain quality standard to meet. 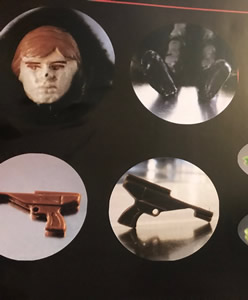 I’m the first to admit that I’ve never heard of Top Toys variants. The regular Top Toys are difficult to acquire, so who could possibly be insane enough to try to track down variants?!  Well, there is a surprisingly large amount to collect, especially Luke Jedi, and as Daniel says “even in 1984 there were not plenty of them…do you have Luke Jedi? And most of the time the answer was no,” when referring to larger stores in Buenos Aires. 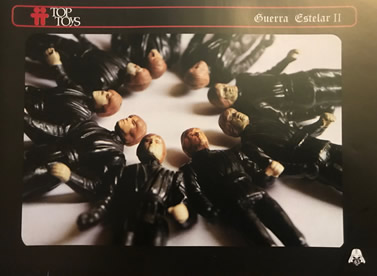 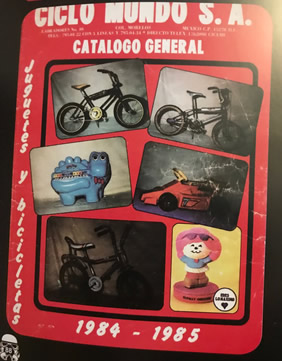 If asked, most collectors will say “Lili Ledy” when asked about South American toys. Lili Ledy were the Mexican distributor, arguably the most popular among collectors, and an entire chapter focuses on the range of product available. There is a lot of product for the Mexican market when compared to the Argentinian and again there are pages of photos of store displays, newspaper adverts, internal letters and toys.

It’s nice to see a good quality photograph of the Lili Ledy removable rocket Boba Fett as there are a lot of fakes making their way to market recently.

After Mexico, we head to Brazil and the world of Model Trem. There are similarities between the government regimes of Argentina and Brazil but the Brazilian children were not so lucky at the time so they had to make do with the bootleg figures made of lead and other materials. 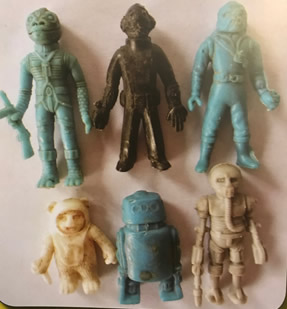 Next we head to Colombia with Yupi food premiums. Many of these small plastic toys have appeared on Facebook in recent months and Alejandro Ochoa proudly shows off his multi-coloured collection.  For those who’ve not seen the board game there is a great shot of that too.

Once again I urge readers to check out Yehuda’s article on Yupi food premiums which started my own Yupi journey.

Finally, we end our journey in Chile and Peru.  Most children remember collecting trading cards or stickers and the products from Chile are outstanding. From ice cream posters and trading cards to 12″ BASA items and lunch boxes, there are photos of the lot. 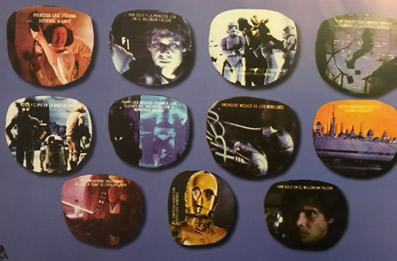 This book is a must for anyone who has an interest in Star Wars toy collecting. The South American market is an amazing journey of discovery and the interviews alone make this worth purchasing. Not only are these items expensive to buy today, but they exist in very limited quantities and this may be the only chance most of us have of seeing something like this in physical print. This book is a highly recommended read and easy on the eye with the vast array of images and understandable text.

The book is priced at a very cheap EURO25, $35 and is available to buy now from his store on ebay, the Top Toys Facebook Group or collecting shops in Barcelona.