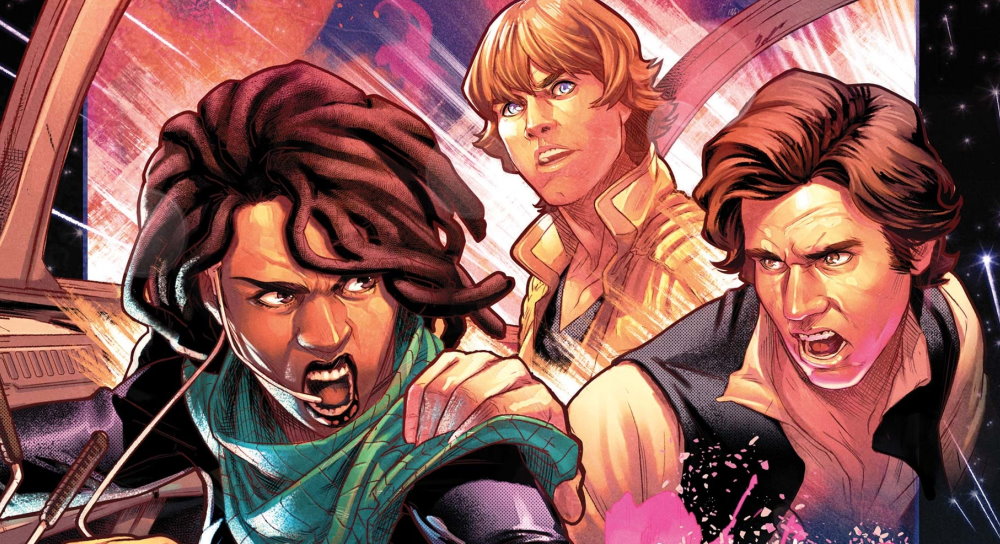 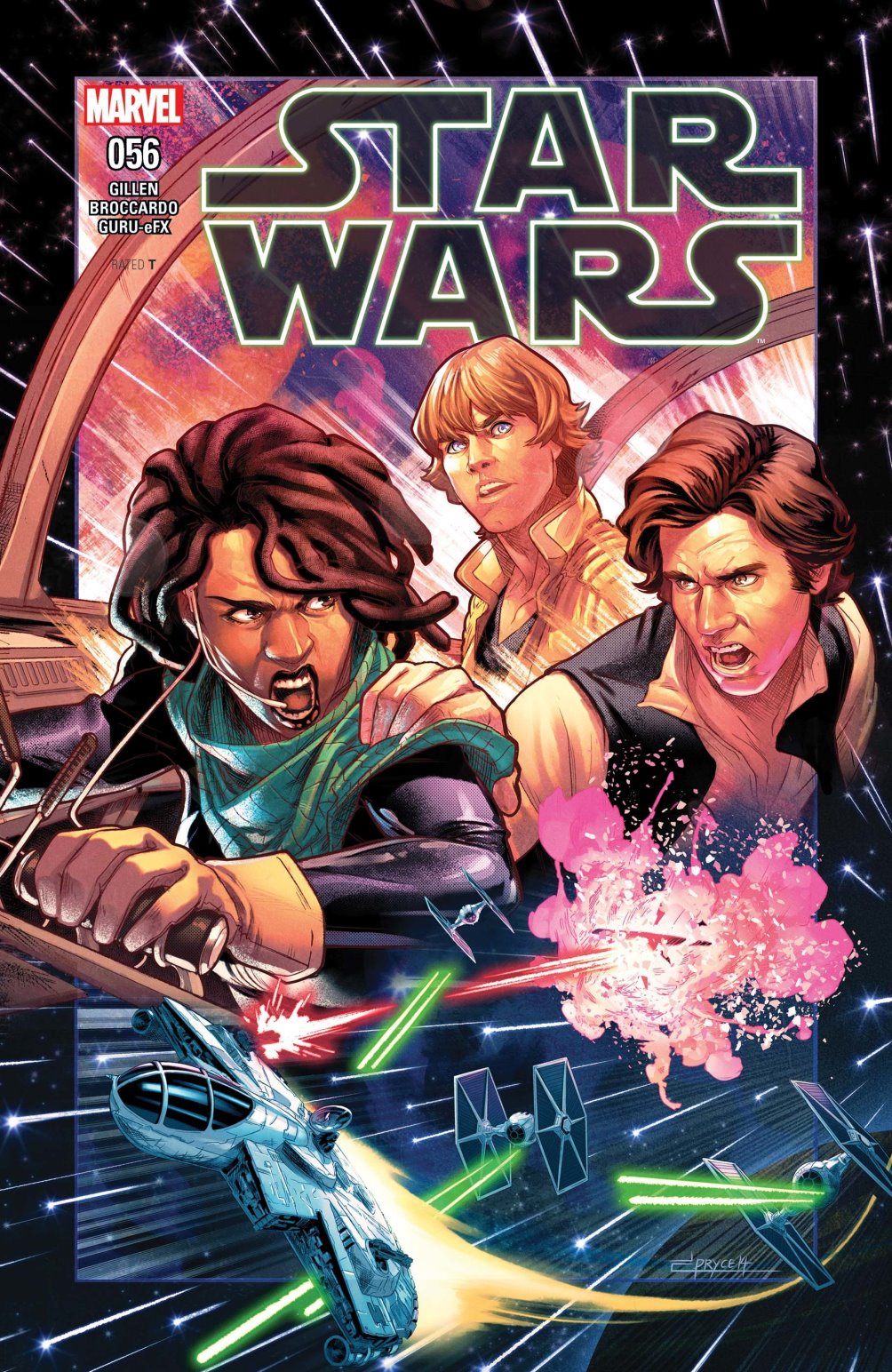 Queen Trios of Shu-Torun’s betrayal has left the heroic Rebel Alliance at the mercy of the evil Galactic Empire!

Although many rebels, including Luke Skywalker, Leia Organa, and Han Solo, managed to escape Darth Vader’s devastating assault, their newly assembled fleet has been all but destroyed.

Now, Mon Mothma has ordered the freedom fighters to disperse and find the right opportunity to regroup so that they can take the fight back to the enemy.  But Luke, Han, and Leia are now wanted criminals, and no one in the galaxy can stay hidden from the Empire for long….

The issue welcomes Andrea Broccardo to the series. The story picks up immediately following Kieron Gillen’s blockbuster Hope Dies arc and it looks like we’re going on a wild ride. 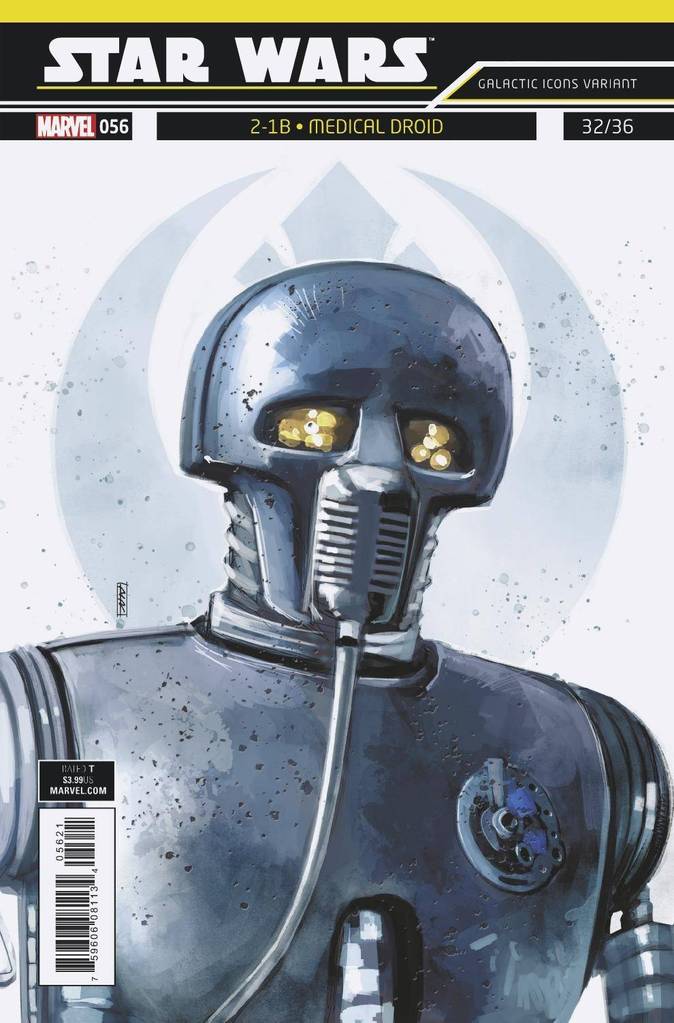 Having the wounded Rebel Alliance strewn about the galaxy, we find our heroes on the run from the Empire’s relentless hunt. The life of a fugitive is nothing new for our favorite rogue, Han Solo, but completely foreign to the undaunting character of Our Princess. Needless to say, Luke Skywalker is a completely out of his comfort zone. If it weren’t for the assistance of Sana Starros, they would have already been easy prey. In an effort to reestablish contact with the Alliance, they depart for the planet Brentaal IV. However, the normal routes are under the watchful eye of the Empire so they detour to the lesser road travelled only to find themselves in a most unexpected setting… 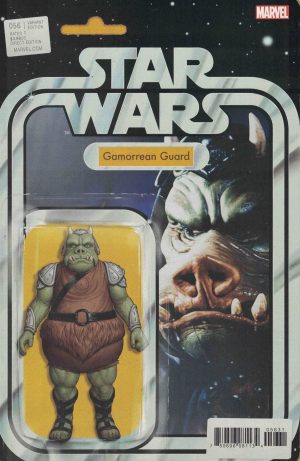 Andrea Broccardo is no stranger to the Star Wars Universe and has worked with Kieron Gillen during the Screaming Citadel series. I found the greatest difference in Broccardo’s style from that of Salvador Larocca’s cinema-like approach is in the emotive expression of the characters. The best example is in the character’s eyes, they track the action and enrich the dialogue exchange. Just as the change in writing, the change in artwork seems certain the future of this series is going to be interesting and exciting.

Kieron Gillen has been producing some great stories. We can see he has a lot in store for the series and the Shu-Torun theme is far from being worn out. After all, the Rebels are going to have to catch-up with Queen Trio at some point.  Then again, maybe not.  In the case of this new arc, it looks like it’s going to be a very strange trip. I am comfortable with Mr. Gillen at the helm and can’t wait to see what’s up next.