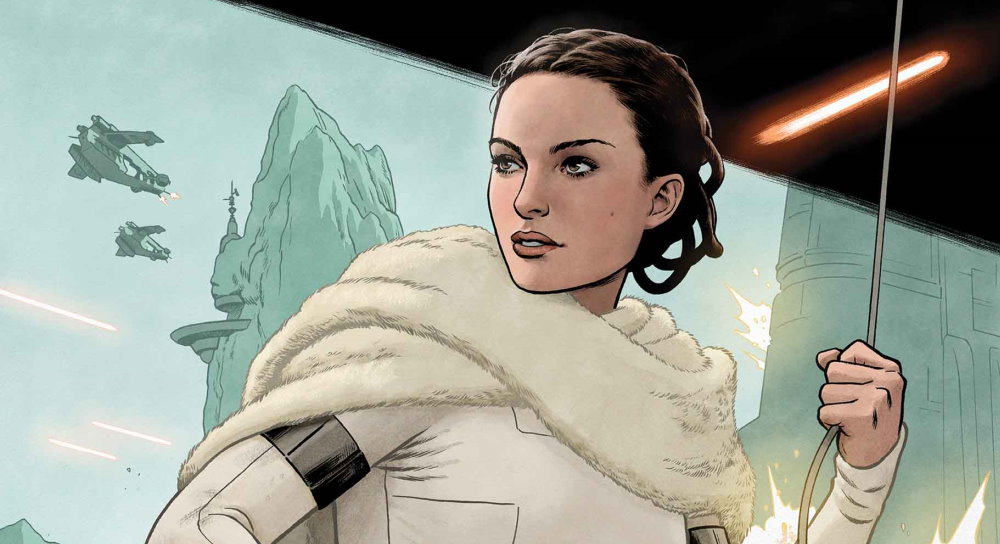 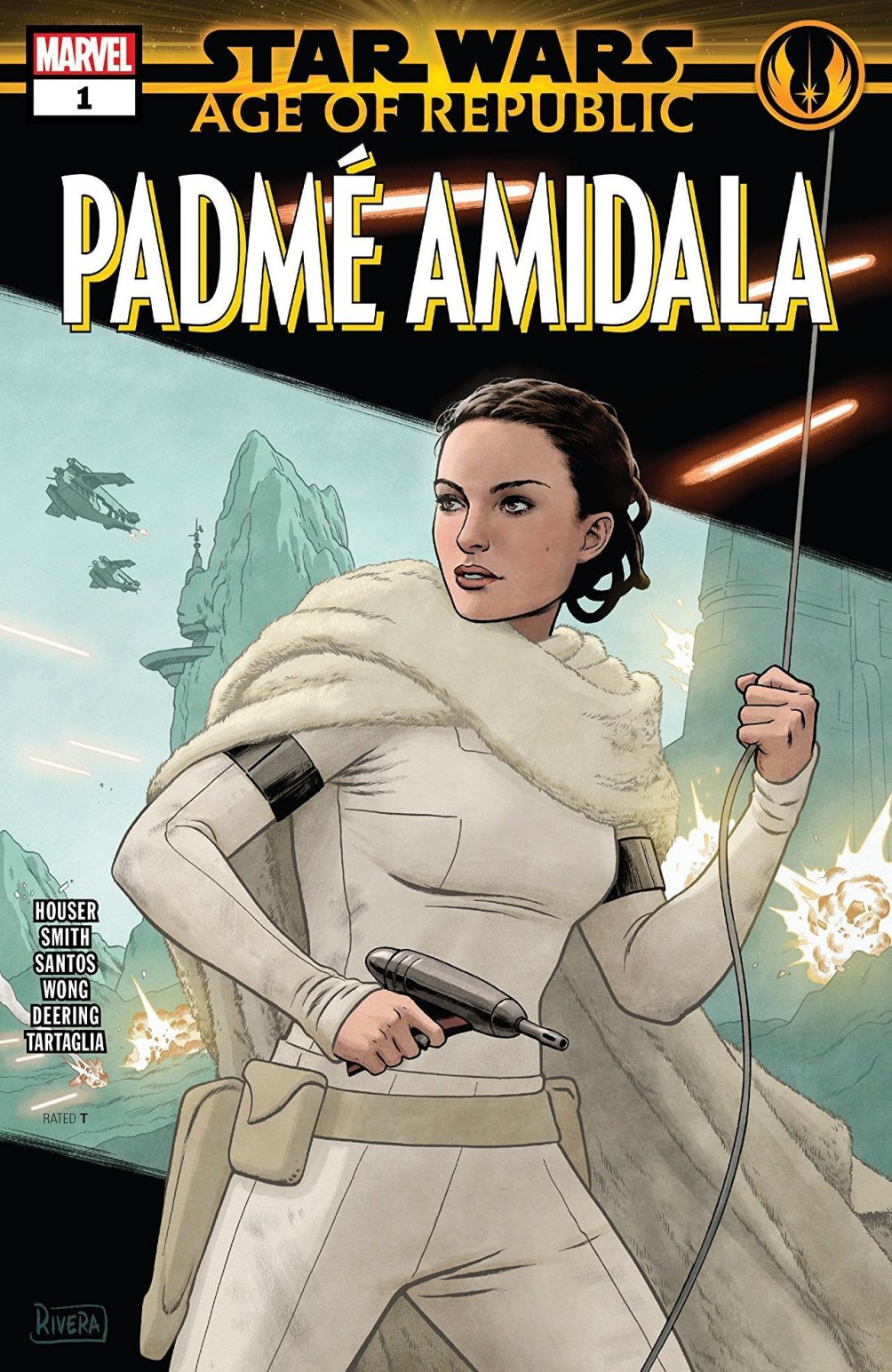 The Clone War rages as the armies of the Republic battle the endless Separatist droid legions.

But soldiers are not the only ones making sacrifices.

The noble Senator Padmé Amidala of Naboo wants nothing more than to bring the conflict to a swift conclusion and spare the galaxy further bloodshed.

While her role in the story of Anakin Skywalker was undoubtedly pivotal – entrancing him as a child (‘Are you an angel?’), becoming his lover, wife and the mother of his children – her loyalty to truth and freedom across the galaxy was every bit as vital. The last two decades have framed Padmé only as a part of Anakin’s ascent (or should it be descent) to evil, but now, in the 20th anniversary of The Phantom Menace, that focus is changing, highlighting her role as a politician and senator within the snakepit of the senate and the wider galaxy. It’s a very welcome angle to view the character from, shining a light on her professional career.

We join Padmé and Anakin as they meet briefly on Coruscant before Padmé heads to Duros – or so she says, as Padmé explains to her handmaidens that their true destination lies elsewhere. Padmé and Anakin may be married, but she is wise enough to know that his allegiance lies with the Supreme Chancellor, and what he doesn’t know won’t hurt him. Padmé is a skilled politician and diplomat, knowing when to hold and when to fold. You have to wonder who’d win in a game of sabacc, her or her future son-in-law Han Solo.

Padmé pilots her ship to the neutral world of Clabron, a world of vivid green skies and towering skyscrapers There is no greeting party, and so the issue very welcomingly becomes the handmaidens tale as Padmé, Dormé and Moteé leave the ship only to receive a warning and an attack on their lives.

The handmaidens have always maintained an air of mystery about them that begged further investigation, and here we see more of their skills. They’re trained to fight and protect Amidala – think of the Dora Milaje from Black Panther wearing Prada – and hold far more value to the senator than merely being her ‘decoy… my protection… my loyal bodyguard’. Here, they insist the Clabronians help the injured Moteé, allowing Amidala a chance to negotiate.

lt’s in her negotiations with the Clabronians that her skill as a persuasive politician come to the fore, explaining her hopes for a united galaxy free of conflict and showing her steel as she draws out their attacker. The conflict across the galaxy may continue, but a small battle has been won. Amidala understands that wars don’t end with one swift stroke, but accumulated small victories. At least, that’s what she believes. We the viewer know that Order 66 changed the galaxy in a meticulously planned heartbeat.

The artwork by pencillers Cory Smith and Wilton Santos with inks by Walden Wong and Marc Deering is crisp and clear, capturing Padmé perfectly while Houser is clearly having a ball with the character. Within their marriage, Padmé is the more mature; cool, considered but never afraid to enter into ‘aggressive negotiations’. Padmé fully replaced Shmi in Anakin’s affections, making his determination to not lose her an even more powerful motivation, but this issue highlights that Padmé, like her daughter Leia, was never a damsel in distress. As with every hero, she encountered obstacles that needed avoiding, and with her handmaidens at her side there’s no reason why she wouldn’t head out into the galaxy on diplomatic missions. Let’s hope we get to read many more of them with Houser at the helm.