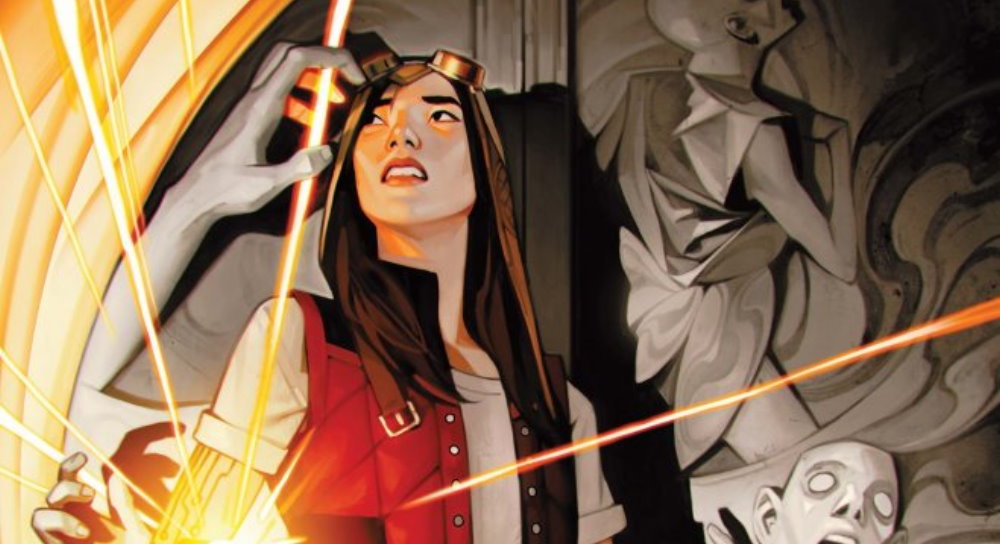 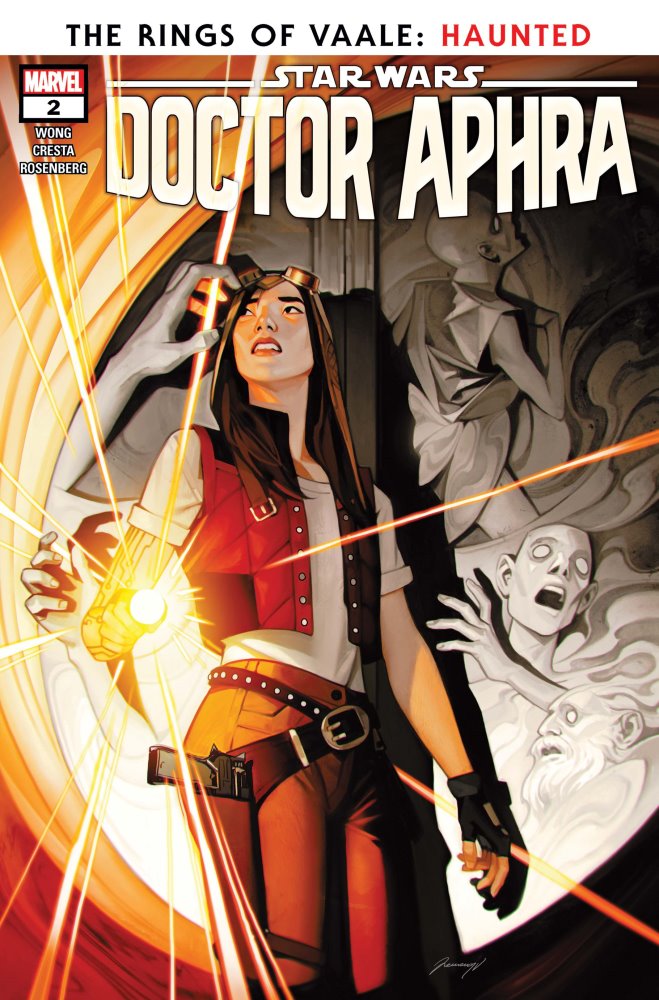 After narrowly escaping the vengeful Darth Vader and cutting all ties to her past, rogue archaeologist Doctor Chelli Aphra is back on the hunt for the rarest, most valuable treasures in the galaxy.

Aphra and her team were hired by the wide-eyed student Detta Yao to find the Rings of Vaale, mysterious ancient artifacts of untold powers. For Yao, they’re her ticket to academic renown. For Aphra, the rings – should they exist – could be the biggest payday of her career.

There’s just one tiny but extremely dangerous detail – the insanely rich and powerful Ronen Tagge, scion of the infamous Tagge family, has his eyes on the prize. And Tagge’s so ruthless that even Aphra refuses to do business with him.

Our journey with Doctor Aphra is never anything less than colourful, and as such, the gaps in her history are fascinating to see considering she’s a character who’s past catches up with her on a regular basis. Issue 2 of the second volume of Doctor Aphra follows that pattern as we slide back a decade or so to the University of Bar’Leth as we watch Chelli and Eustacia (there’s something about that name that’s decidedly, pleasingly old school Marvel) share a kiss and also drop a sneaky mention of the High Republic as we skip to the present aboard the Ark Angel III as a pre-recorded message from Ronen Tagge illuminates the hold. He’s persistent – he offers Doctor Okka all of his resources, and knows Aphra is with them. Worrying, but not unexpected.

It’s here we learn why Tagge has issues with ‘Dear Doctor Aphra’ as she relives their prior encounters which consist largely of Aphra taking back artifacts she acquired for him before he could destroy them, his own odd, artistic fetish. Of course, Aphra deflects all the blame being hers, and as they arrive at Dianth in the Malitoris system and the legendary Lost City of Valle the encounter horrors as they descend lower and lower into the city and the architects workshop. Living bone, piercing noises and a collapsing floor drops half the team away leaving Chelli and Yao alone with Tagge’s goons and her crew at the bottom of the drop unconscious.

It’s another brisk, fast-paced chapter, filling in plot points – why the irritation of Okka towards Aphra, why Tagge is equally keen to undermine the ever duplicitous Aphra – and again manages to keep Aphra’s reputation at the fore of the story, making her selfish actions seem palatable only because the people she scams are usually even worse people than she is. Come the day she turns over or betrays a genuinely good person, be it in business or love, will be a telling moment for the character and how she reacts to it (and how we, the audience, accept her actions in that instance). Right now, as the ‘Aphraverse’ continues to grow and weave deeper into the wider Star Wars story

Once again the script and plot by Alyssa Wong skips along pleasantly while the artwork by Marika Cresta is inventive (the descent into the catacombs of the city is superbly done) and as with the first issue the cover by Rachelle Rosenberg is poster-worthy. There’s plenty in this storyline to keep bringing us back and see where Aphra’s misadventures take her and her friends….well, maybe not friends, her associates.