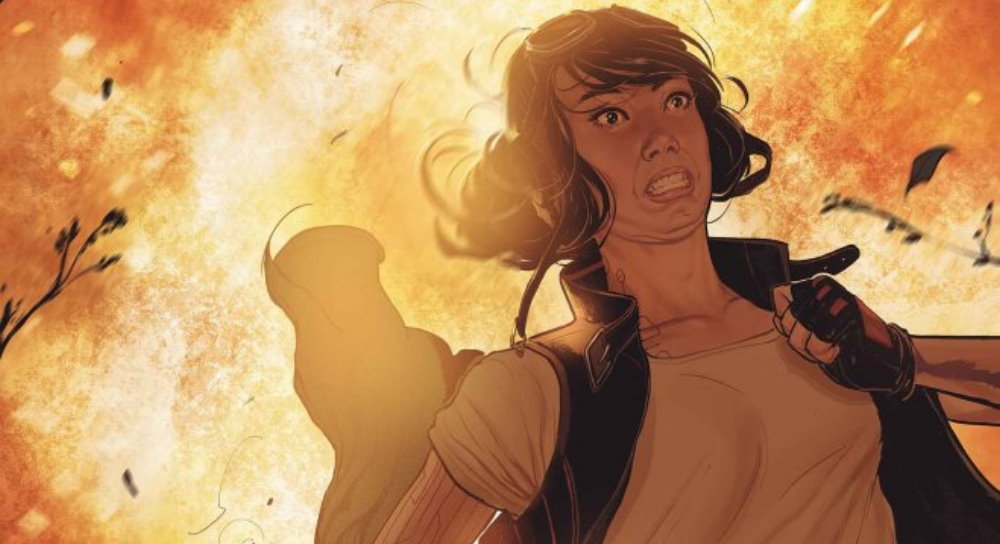 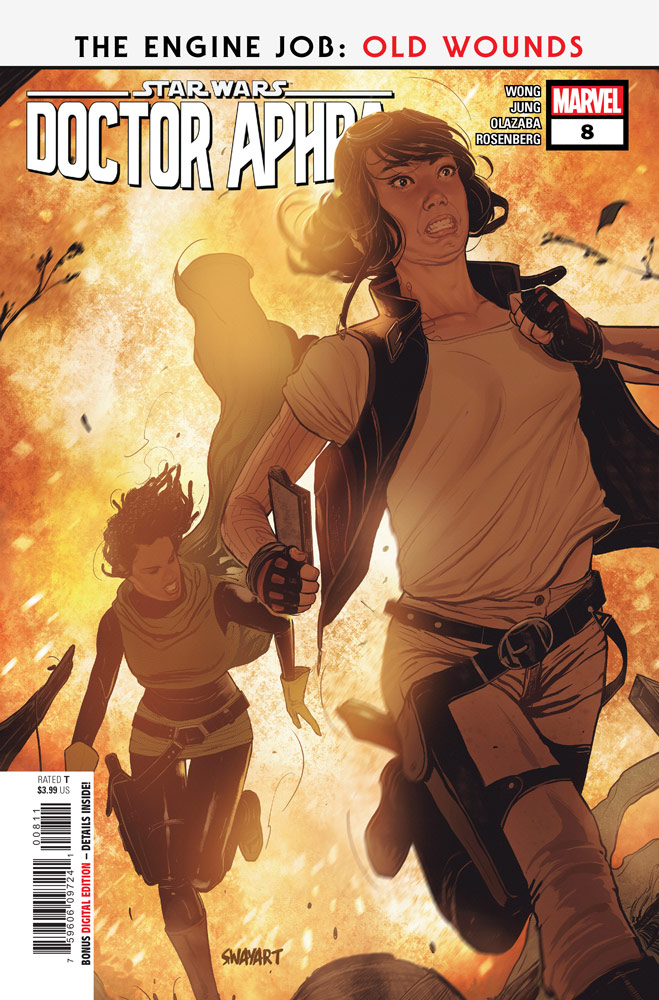 Doctor Aphra’s cut all ties to her past and is trying to go back to what she does best: hunting down the most valuable treasures in the galaxy.

But the rogue archaeologist is also exceedingly good at making enemies. Domina Tagge, the incredibly powerful head of the Tagge Corporation, hired an army of bounty hunters to bring Aphra in. Now Aphra’s working for Domina. The job: steal experimental hyperdrive tech from Domina’s rival.

To get it done, Aphra’s recruited smuggler Sana Starros. But the ruthless General Vukorah and her Unbroken

Clan syndicate are also after hyperdrive….

The engine job sees Dr Aphra back to what she does best; tracking down and lifting the oldest and most valuable treasures in the galaxy. Domina Tagge has put her to work to find an old High Republic era hyperdrive engine that Tagge’s corporate rival is looking to relaunch on the market which could spell the end of the Tagge’s corporate partnership with the Galactic Empire.

Aphras job is to steal (of course) the engine and in order to do this she’s enlisted the help of Sana Starros; ex-girlfriend to the rogue archeolgist. So far their investigations have led them to the luscious and vibrant outer-rim planet of Dol’Har Hyde where colourist Rachelle Rosenberg really out does herself with creating a vibrant and rich colour palate.

A local bar keep points the explorers in the direction of a giant tree which on first look appears to have grown around several crashed ships. As it turns our the ships are infact remnants from the mythical Nihil group who plagued the Jedi and the Hyperspace lanes some two hundred years before.

Whilst Aphra and Sana traverse the tree this gives us a great opportunity to get a bit of exposition out of the way and catch-up anyone who hasn’t read Cavan Scott’s Light of the Jedi on the fact that Nihil ships have the ability to traverse hyperspace in a non-linear fashion, leading in this case for the ship to “phase” straight into a giant tree.

This is some good bit of connective writing from Alyssa Wong and perhaps the delay in the release of this issue was so that things could line-up with The High Republic push.

After a bit of a fall, Aphra and Sana explore the old ship and discover that the hyperdrive engine doesn’t match the one that they’ve been asked to steal. This leads them to conclude that the one that De’rruyt Tech is about to demo at an Expo on Midarr is a fake, or as Aphra describes as “A rock wrapped in string.”

So now that we have made that discovery it seems the opportune moment for some action, and that comes in the form of General Vorath and her ships who have followed Aphra from Issue 7 to start blasting things up and get the girls moving again. Unfortunately, there’s no where for them to go as the Unbroken Clan has got the tree surrounded with ships and they’re intent on blasting it to ash and bark. Does Aphra and Sana escape? That’s a good question and one which gets answered in issue 9…..although I’m sure we could all pretty much guess the outcome.

Oh, and Just Lucky is back on Cantonica assassinating high rollers at the Canto Bight Fathier race course, that’s pretty much as much coverage as he gets in this issue and still at this point feels very disconnected from everything else. Hopefully he’ll tie back in to the main Aphra story at some point.

This issue had a longer gap than usual between releases and in some respects this meant it was a bit of a let down as this issue served more as a transitional chapter. For the most part the story in this issue slows down a beat and gives good time for some back and forth between Sana and Aphra but at this point it doesn’t feel like that there’s any romantic heat between them as it was pretty much all business throughout the issue. Although there is a nice bit of back referencing to Aphra’s fall down the rock wall at university there doesn’t feel like there’s any dynamic tension we saw in earlier issues but still it helps keep the story interesting in what is a fairly bland narrative so far.

The further the year progresses’ the more comfortable reading about the High Republic I’ve become, and the less it feels like it’s been shoehorned into the story. This can only be a good thing, and a testament to Alyssa Wong’s writing.

This doesn’t feel like the strongest of stories as of yet but maybe that’s because this hasn’t really gotten going. Still, if you like a strong vibrant and detailed panels this issue doesn’t disappoint.