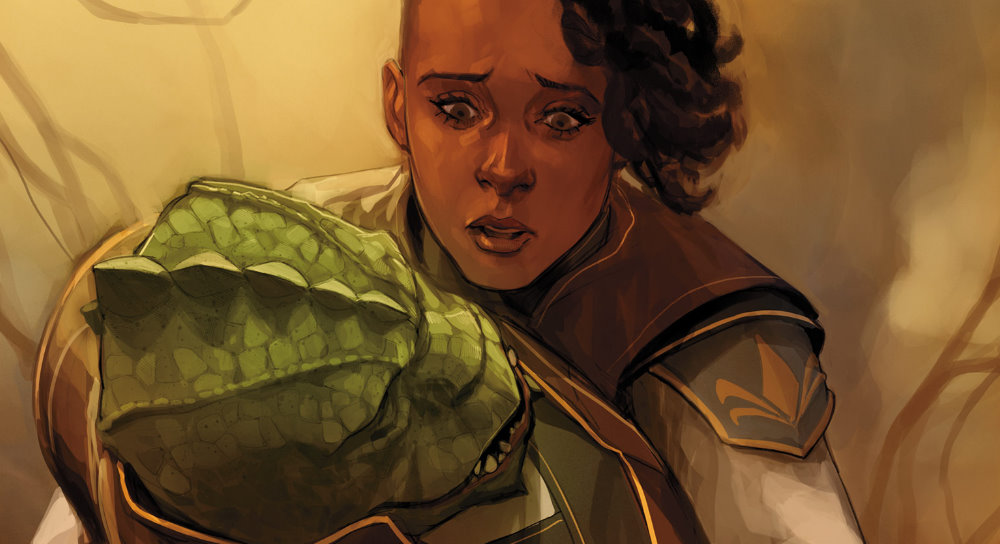 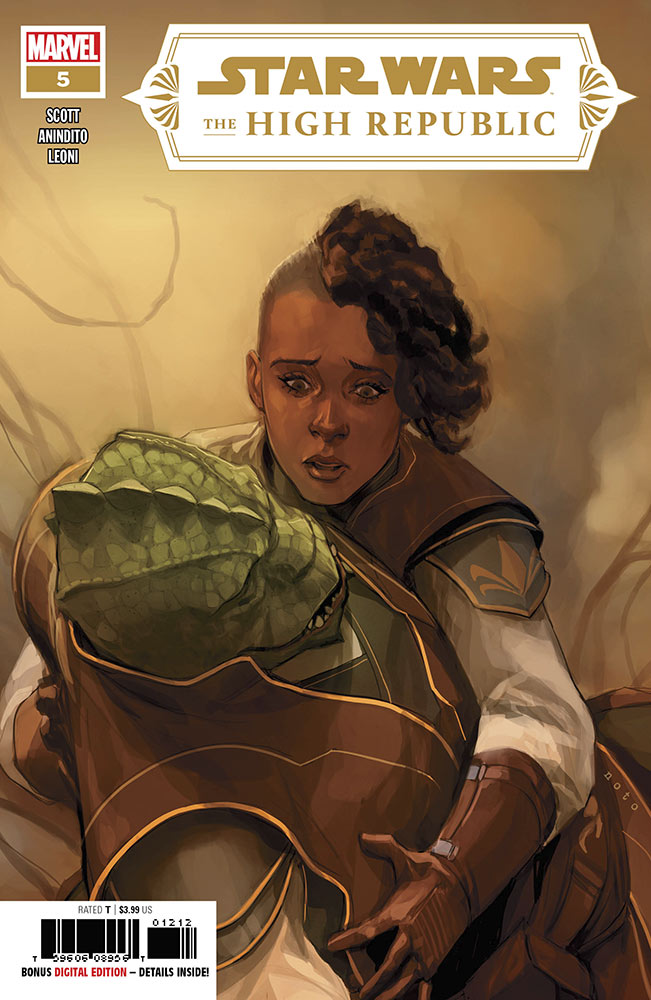 “ATTACK OF THE HUTTS”

A derelict Hutt ship. A Nihil incursion. Missing colonists. Starlight’s Jedi hunt for answers leads them into a deadly trap set by the monstrous DRENGIR.

On Sedri Minor, Sskeer managed to break free from the Drengir’s control, saving Keeve Trennis and their fellow Jedi.

While the Drengir assault Starlight Beacon, the HUTTS arrive on Sedri Minor to protect their holdings. The Jedi now face impossible odds in a three-front war….

As the drengir continue their assault and the Hutts arrive spoiling for a fight, you just know that this issue of The High Republic is going to be an action-packed battle on all fronts, but quite how tough the battle will be is hard to estimate. As Sskeer is infected by the rot of the drengir, attacking the Hutts as they ‘request’ the Jedi leave Sedri Minor, his will is gone, his control diminished as all hell breaks loose on the planet and far away on Starlight Beacon. With the threat of the Nihil already a grave issue, the drengir is a far more worrying and current concern.

Thankfully, the Jedi are more resourceful than that, refusing to sit back to the Hutts or the drengir and battling through the near loss of Ceret to a massive rancor on Sedri Minor and the near death of Padawan Imri on Starlight Beacon, they battle on. Through the issue there are shining examples of Jedi ingenuity; Ceret and Terec putting the rancor to sleep, Keeve hacking off the tendrils shooting out of Sskeer as he whips the gloating Hutt Myarga the benevolent around like a rag doll, an action that leads to the outbreak of fighting, but ultimately it takes Keeve getting through to a temporarily lucid Sskeer to turn the tide.

It’s here that the story, for the first time, becomes a tad obvious as the drengir recieve a message via Sskeer that ‘meat’ is spoiled and that they should flee, and run they do, backing down not only on the planet, but also on the Starlight Beacon and around the galaxy. Seemingly poised to take the Outer Rim – we hear of strife on far distant Nal Hutta at one point – all it takes is an instruction from a Trandoshan with limited connection to the Force to persuade them to retreat, when feasting on flesh is their driving motivation. Just as the Hutts agree to team up with the Jedi, something they are clearly reticent to do, the threat is over as Keeve and Sskeer send that message, only for the weakened Sskeer to be left dead at the end of the issue, or so it appears.

As always the artwork from Ario Anindito is a joy, married to the lush colours of Annalisa Leoni and Cavan Scott delivers another tight, snappy script. The convenient resolution of the drengir threat aside, this is another winnig entry in The High Republic storyline, and hopefully a rare fumble in what is shaping up to be a vast, expansive and brave journey through a previously untouched era. With fresh characters in the era other than Master Yoda, no one should be considered safe –  no one. With that freedom, one hopes that brave story strokes follow, unencumbered by worries of continuity. Playing it safe in this era would be a wasted opportunity, and paired with attractive storytelling like this, a disappointment. Let’s hope the era has some shocking surprises ahead.