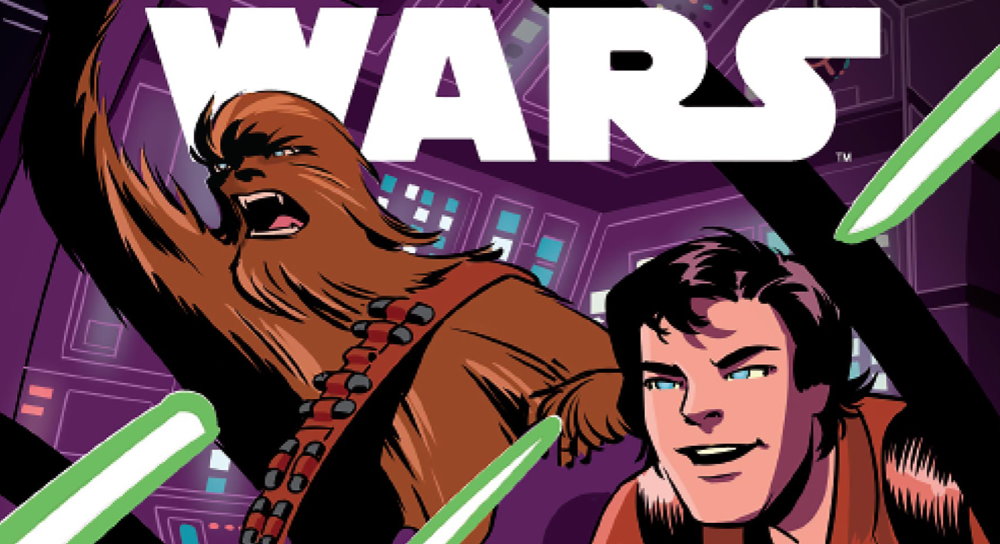 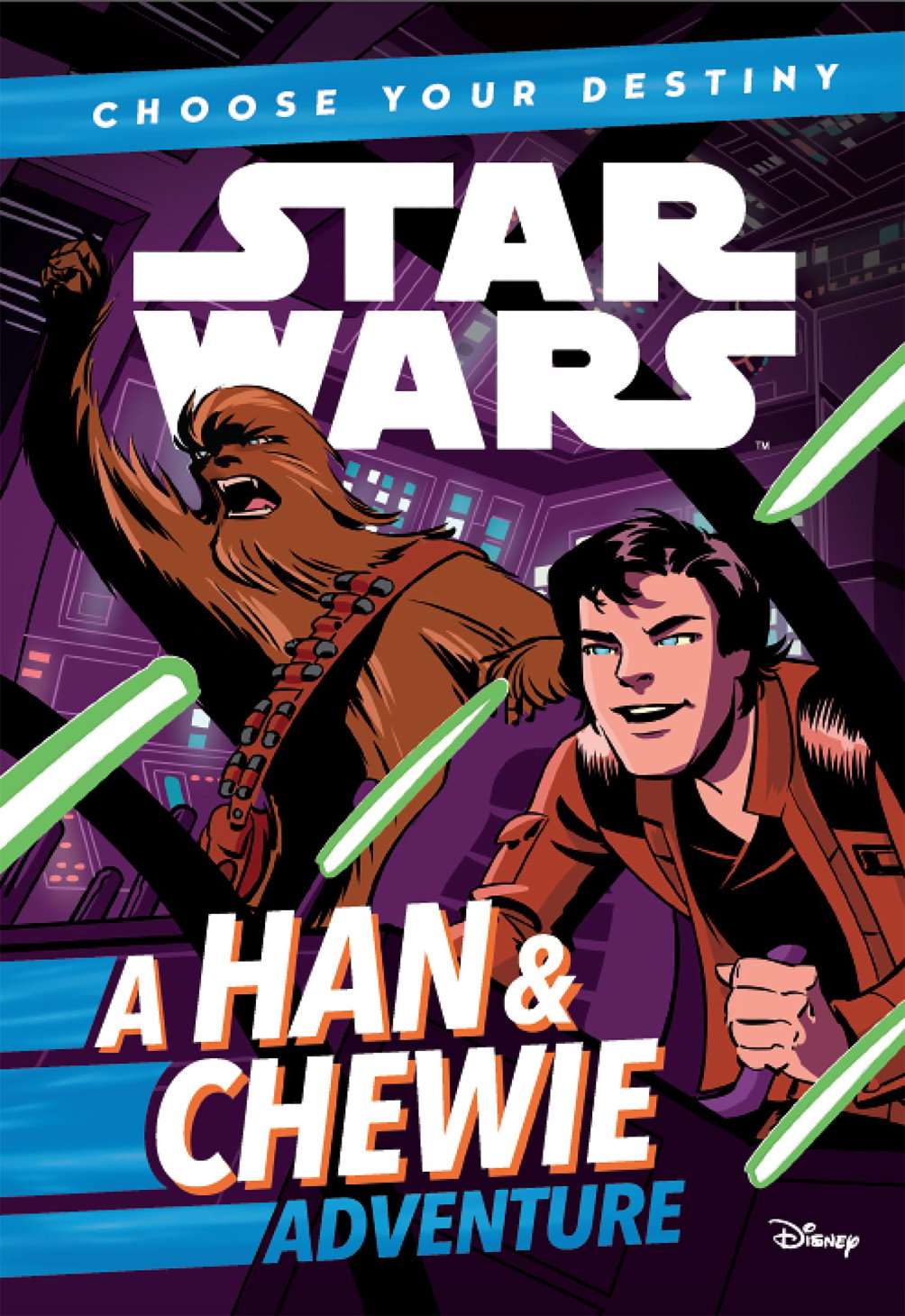 Jump inside the Millennium Falcon and help Han and Chewie as they journey across the galaxy on a simple smuggling job.

But nothing is ever simple with Han Solo, and when things go wrong, Han pretends to be Jabba the Hutt himself, Chewie and the Millennium Falcon.  And that’s when things go from bad to worse!

With over twenty possible outcomes, readers will have to think like a smuggler to keep Han and Chewie safe from Imperial TIE fighters, Mandalorian mercenaries, and so much more!  With so many different story paths, the adventures never end.

Edward Packard and R. A. Montgomery’s “Choose Your Own Adventure” series were immensely popular books during my elementary school years. I can remember reading such titles as “Inside UFO 54-40”, “Journey Under the Sea” and “Space & Beyond” and thinking this is coolest way to read a book and collected as many other titles I could come across or trade. So, when I saw the idea mixed with a Star Wars theme, I couldn’t resist picking up a copy of this title.

I met my demise in less than four decisions on my first attempt at choosing my destiny. On my second, I only fared a few more choices until the heroes met their fate. Finally, I gave up and spent the rest of the time ensuring I made the correct decisions by flipping back and forth. Essentially, ruining the intended experience. 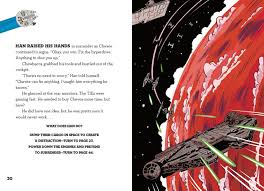 The story kicks off with young Han and Chewie on a seemingly easy smuggling run of stolen Imperial military equipment. The milk run comes to an abrupt halt when they come out of hyperspace and encounter an Imperial Task Force. Coincidence or specifically interdict the Falcon? It’s up to the reader to navigate them through the blockade and continue with the adventure which involves some new characters and a few drawn from IDW’s Star Wars titles.

Intended for a younger reader, Cavin Scott brings a bright and interesting story with twenty possible outcomes. The story captures the reader’s involvement at just the right moments.  This prevents the story to become confusing or having abrupt conclusions. This particular style of writing requires just the right balance of choices and Scott seems to have calculated it perfectly. 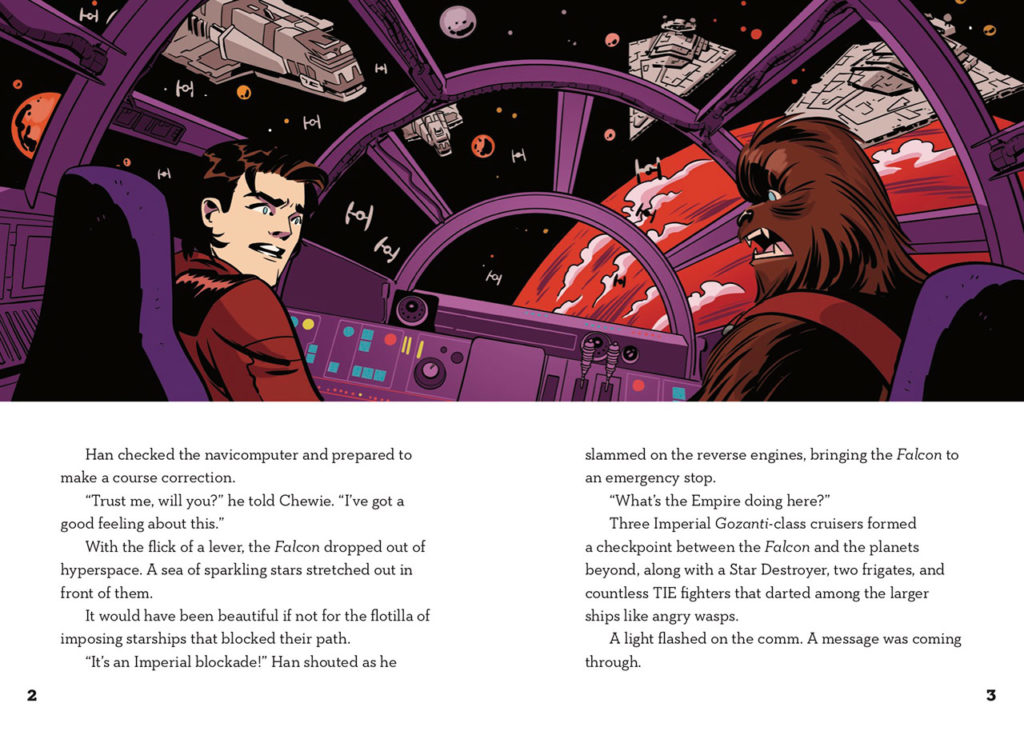 Elsa Charretier’s has worked with IDW Publishing and her art and writing appeared in the premier issue of the Star Wars:  Forces of Destiny series.  Her style falls in line with what I enjoy most of IDW’s Star Wars titles in that it is “simple yet sophisticated”. Meaning it’s not too cartoonish but yet it’s not as detail-oriented as in the Marvel titles. It’s bright and energetic which is a perfect accompaniment to the story.

Overall, I enjoyed the book. Interacting with the dynamic storyline was fun and I welcome any addition to further the adventures of my favorite characters. It was great way to encourage the young reader to open a book and settle in for a fun Star Wars adventure.