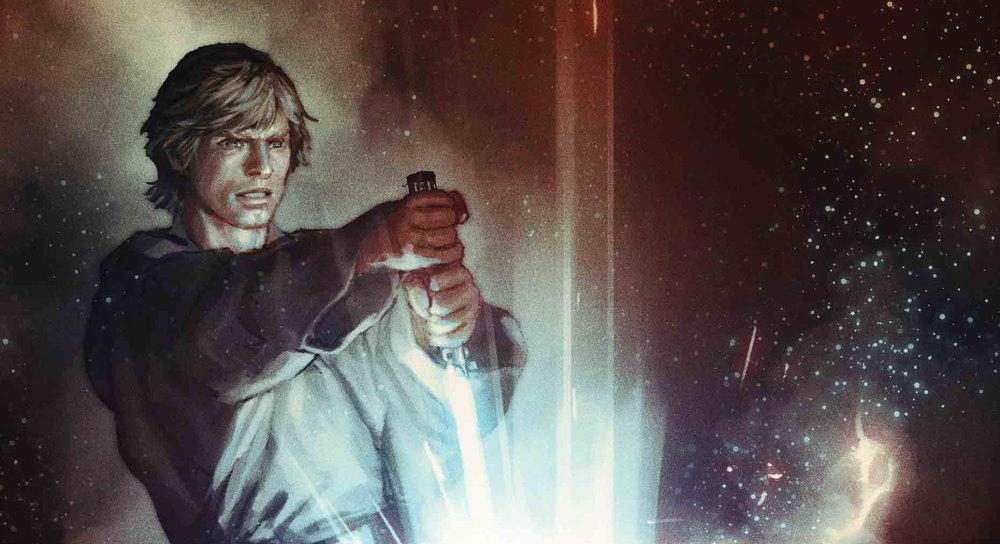 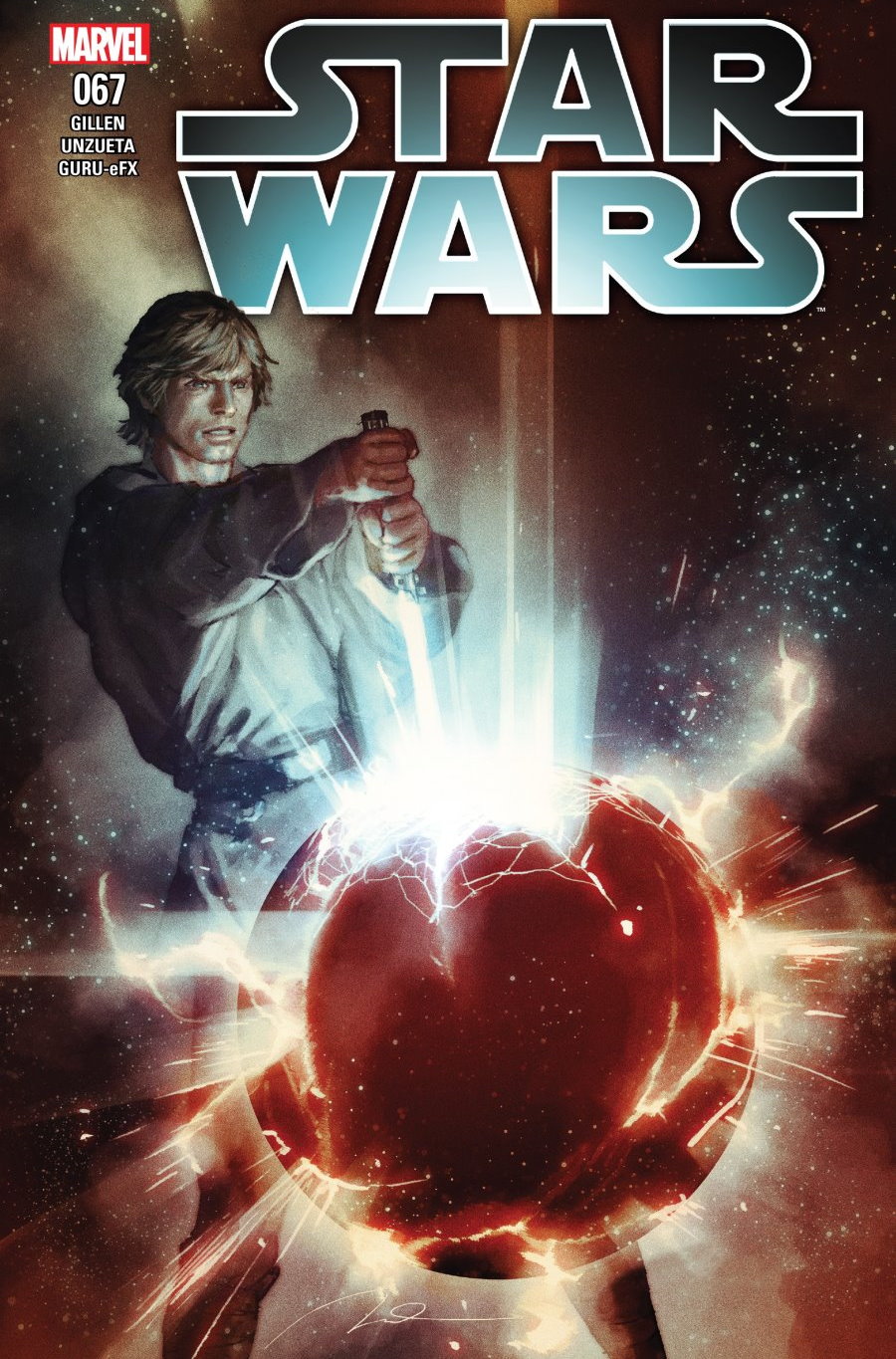 THE SCOURGING OF SHU-TORUN Part VI

Princess Leia assembled a ragtag strike team to sabotage the planet of Shu-Torun, deal a critical blow to the evil Galactic Empire and bring down the traitorous Queen Trios for good.

Although Trios has fallen in battle and the mission was a success, Benthic and his extremist
Partisans, eager for revenge, have taken Leia’s plan too far and sabotaged the machine that keeps the world from tearing itself apart, the Spike, ensuring the planet’s complete annihilation!

Millions could die…and now Leia and her fellow Rebel freedom fighters Han Solo, Luke Skywalker, Chewbacca, Meorti, Tunga and the droids C-3PO and R2-D2 have the Empire to deal with! And the Spike is about to go critical….

Issue 67 brings the “Shu-Torun” saga to an end and bids farewell to Kieron Gillen. The Rebels find themselves on shaky ground as the planet tears itself apart and the Empire continues its orbital bombardment. As Luke tries to subvert Benthic’s mission of annihilation, he suspects that he has been betrayed by R2-D2 when the droid seemingly cooperates with the Partisans by initiating the machine’s overload. Later, we find out the droid is a bit more trusting in the Force than we would have ever imagined. Finally, Han devizes a resolution to their predicament in a manner that only he could pull off.

It is an understatement to say Kieron Gillen had been a major influence in resurrecting Marvel’s Star Wars universe. Like his predecessors during the original Marvel years, he created and instilled brand-new characters. They are intriguing, contemporary, and they have invigorated the Star Wars in ways that had never been previously conceived. Kieron Gillen will be missed but there is nothing to say he won’t return someday.

Once again, Angel Unzueta and the creative team has captured all the action in their glorious artwork. All details are covered and captured the heat-of-the-moment panel after panel. Also included is the stunning cover art by Gerald Pavel, an image certainly befitting the title of “Greatest Moments” by and Rafael Albuquerque, and “Teebo” is featured on John Tyler Christopher’s action figure. There is a bonus cover which came out the following week featuring an exquisite portrait of “Our Princess” by Bill Sienkiewicz.

It seems obvious with Greg Pak manning the helm it is going to be an interesting ride. Greg Pak has already contributed with his Lando Calrissian and Jabba the Hutt stores for the “Age of Rebellion” series. Both of which

Further changing of the guard includes Philo Noto taking control of the art department. He is an interesting contrast from the cinema-like styling of Angel Unzueta. Mr. Noto is no stranger to Marvel’s Star Wars, he has had his hand in nearly all of the titles such as: Poe Dameron, Chewbacca, Shattered Empire, as well as an alternate Blu-Ray Cover for Solo: A Star Wars Story.

Marvel has certainly set the series on hyperdrive and navigating a new course that should continue to offer great writing coincided with fantastic artwork.