STAR WARS NEWS IN A SINGLE FILE
Search
Home Interviews George Lucas in 2013 on the future of cinema: “You’re going to... 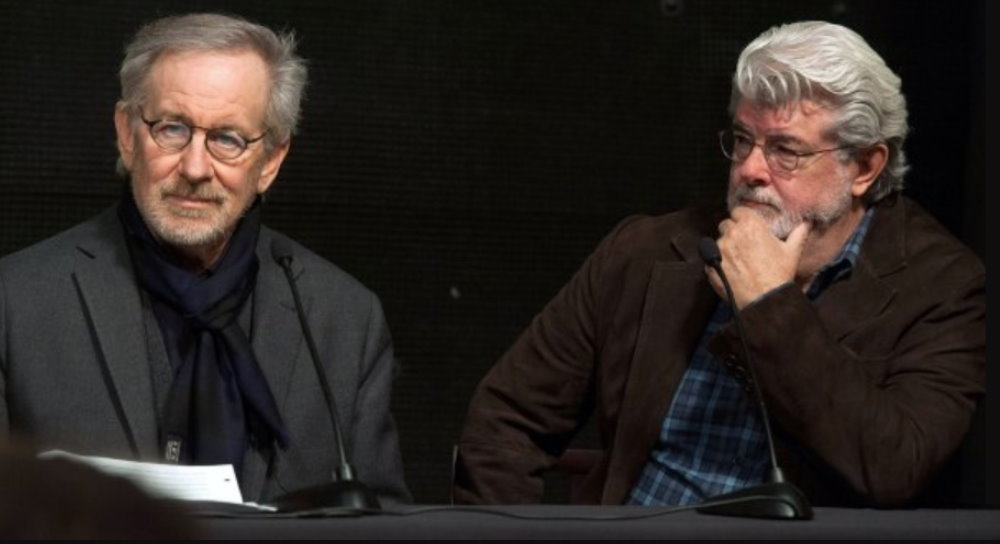 On a sliding scale of new to the business to seen it all, done it all, George Lucas and Steven Spielberg clearly skew to the latter part of that scale, and speaking in 2013 on a panel at the USC School of Cinematic Arts, the two men who launched the blockbuster generation and changed the face of late 20th century cinema while doing it spoke on the future of cinema and where current trends appear to be taking it. Read through the lens of 2020, it’s eerie how on-the-nose they have proved to be.

Spielberg noted that because so many forms of entertainment are competing for attention, they would rather spend $250 million on a single film than make several personal, quirky projects.

“There’s eventually going to be a big meltdown,” Spielberg said. “There’s going to be an implosion where three or four or maybe even a half-dozen of these mega-budgeted movies go crashing into the ground and that’s going to change the paradigm again.”

Lucas predicted that after that meltdown, “You’re going to end up with fewer theaters, bigger theaters with a lot of nice things. Going to the movies will cost 50 bucks or 100 or 150 bucks, like what Broadway costs today, or a football game. It’ll be an expensive thing. … (The movies) will sit in the theaters for a year, like a Broadway show does. That will be called the ‘movie’ business.” 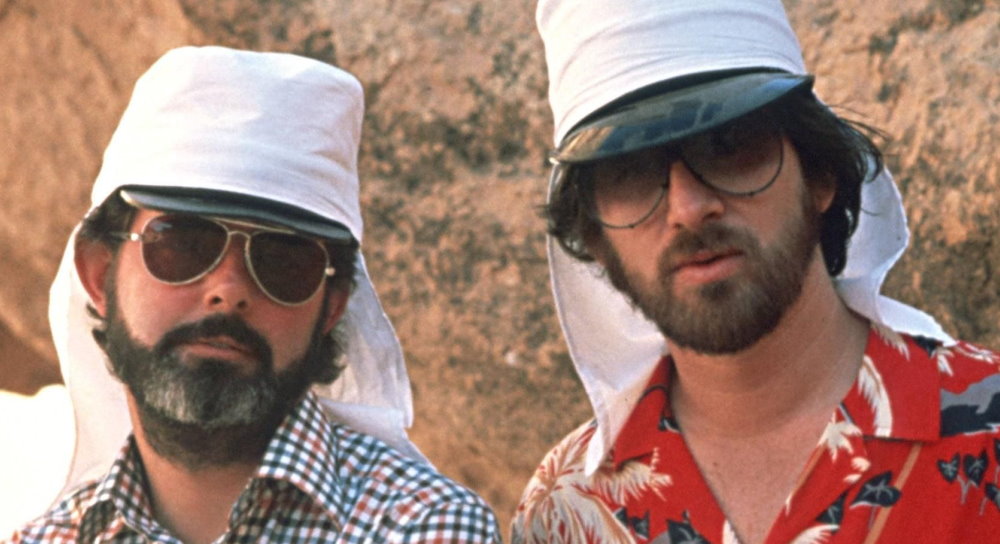 “There’ll be big movies on a big screen, and it’ll cost them a lot of money. Everything else will be on a small screen. It’s almost that way now. ‘Lincoln’ and ‘Red Tails’ barely got into theaters. You’re talking about Steven Spielberg and George Lucas can’t get their movies into theaters.”

Both see “quirky” or more personal content migrating to streaming video-on-demand, where niche audiences can be aggregated. “What used to be the movie business, in which I include television and movies … will be Internet television,” said Lucas.

It’s a fascinating piece despite being seven years old, as the two icons gave their thoughts on where they believed the business was headed.

George Lucas watching Dave Filoni on the set of The Mandalorian Season Two: “He was like a boxer’s corner man coaching him”

Kathleen Kennedy on The Mandalorian: “It has all the DNA of what George was always interested in”