Ben Földi is a political scientist and a freelance journalist covering the Balkans and other topics in various Hungarian media outlets. He is also the Editor-in-Chief of one of the biggest Hungarian Star Wars fan sites, Ziro.hu.

More than a year ago, I interviewed Dezső “Dedi” Varga, a Hungarian cameraman, who had an idea of creating a vast fan film about Darth Vader. He said to our Hungarian Star Wars fansite Ziro.hu that he thought of his project on New Year’s Eve 2015 when he watched A New Hope with his dogs in his boiler room. He felt they have the equipment, and there are many Hungarian Star Wars cosplayers, why wouldn’t they make a movie about his beloved character, Darth Vader. “It was a New Year’s Eve vow, and we started creating it”, Varga said in August 2018. He also said, one of his friends spoke to George Lucas in the F1 race of Monaco, who seemed interested in the project. 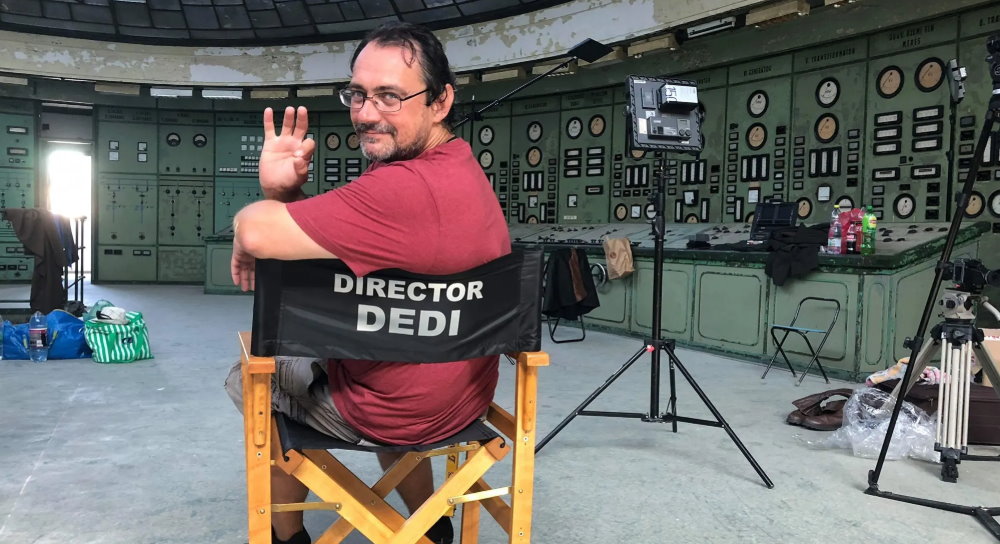 The first version of the story was based on James Luceno’s novel Dark Lord, but later they developed a different storyline with the help of a professional writer (István Tomasovszki) who lives in Brussels, Belgium. They have Hungarian actors on board, and Simon Wilkie from Norwich plays C-3PO.

The project also has an artist on board, who worked on an official Star Wars movie (Rogue One: A Star Wars Story) as well. Szabolcs Menyhei (you can find him on social media under the name Saby Menyhei) created virtual environments and 3D scenes on Rogue One. He lives in London, and he is helping the project in his spare time. “I am working on visual effects full-time, and I have my projects as well, so I don’t have much spare time. But I am helping where I can, for example, I made several storyboards for the fan film”, Menyhei said to Ziro.hu this week. He even shared some of his work for Vader fan film, you can find these prequel era starships on his Facebook page.

“What we created is exciting and turbulent; what he made is spectacular. From here, the crew needs to follow this storyboard, and then this whole project will be a success worldwide”, screenwriter István Tomasovszki said this month to Ziro.hu.

The project is getting bigger and bigger, and it became international, as Dezső “Dedi” Varga said to Ziro.hu this May. They have several professional VFX artists who worked or working for big productions. There will be seen stunts as well in this fan film, which will have an original score created by composer Ferenc Balogh, who was inspired by John Williams, of course. In May, they had a 10.000.000 HUF budget (more than 25.000 GBP), but it is increasing.

In this fan film, Darth Vader is chasing the remaining Jedi after Order 66. “We will have a just created Vader, who is unfamiliar with his mask and dress. We will show how he changes the battling style to his new uniform. He will be a bit clumsy and awkward, and he will use the Force a lot”, Varga said in May. At the end of the movie, there will be a massive battle on Fresia. They are creating a story which can connect the Legends and the current canon as well.

The creators are planning a December 2020 premiere. The fan film will be available with English subtitles, but they even thought about creating an English dubbing as well. If they want a world success, they will need that as well.

Mark Hamill and his Rogue One voice role: “It was for fun and the fans”

How Rogue One almost had a different title

Rogue One: Why it was Admiral Raddus and not Admiral Ackbar leading the battle

Riz Ahmed To Host Online ‘Festival’ After Tour Is Cancelled

How Admiral Ackbar was originally going to be in Rogue One