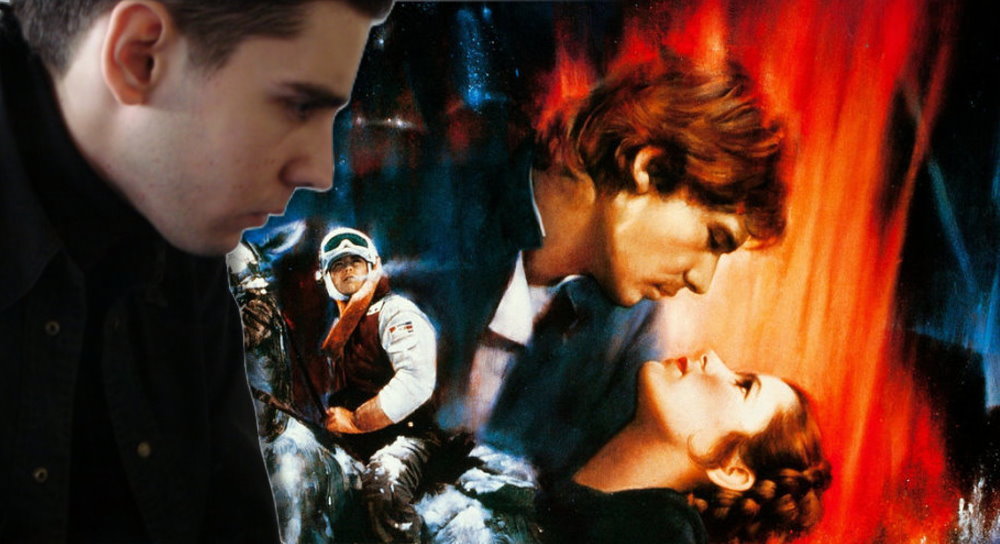 Between 1999 and 2009 Lightsabre.co.uk brought news, fanfic, podcasts and much, much more to the masses. Our one hundred and fourth guest was webmaster of the Turkish site Yildiz Savaslari – Ates Cetin.

AC – Hello Mark! It is a pleasure of mine to be your guest on the site that I’ve been visiting for years.

AC – The story of the first time I saw it is not very original, I was nine or ten years old and we were visiting our grandparents that day. Me and my brother ran around the whole day and we felt tired in the evening, decided to watch TV. I was zapping between channels and on one of them, I saw a dark knight of some sort, wielding a red blade of light. It was the duel between Luke and Vader in The Empire Strikes Back, I watched it till the end of the movie and was fascinated by it. This was my first step into a larger world 🙂 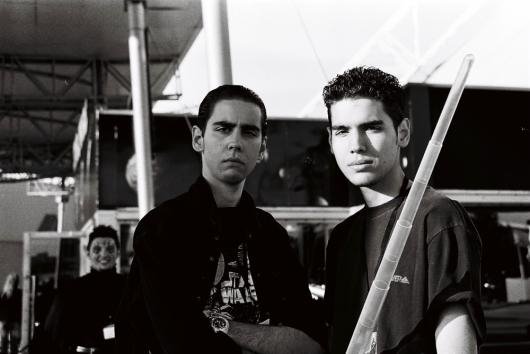 Lightsabre – Yildiz Savaslari is one of Turkey’s biggest Star Wars fansites. Tell a bit about how the site grew and developed to where it is today?

AC – Many people wouldn’t expect Turkey to have many Star Wars fans, but believe me, there are many of us. Eight years ago, me and a friend of mine decided to have a small Star Wars page, just to entertain and satisfy ourselves, nothing too fancy. But in time, we discovered that there were others just like us, at that point we decided to search for other fans. But of course, like many other things, there was competition, an unwelcome one for us -which we always believed that it was unnecessary. Luckily we managed to turn this competition into gain, that was what gave us motivation to learn new things. We learned many technical stuff, we met many people, and we did all we did with being honest. I know that people are aware of this, and this is the greatest thing that makes me happy.

AC – The Empire Strikes Back, I guess. After all, that was the first Star Wars movie I ever saw. And also I must say that Darth Vader had a great influence on my life, seeing him with all his glory, and hearing the Imperial March of course! On this movie makes Episode V my favorite.

Lightsabre – As there is everywhere Turkey has a growing Star Wars fan base. Tell us something of the fandom in your country? 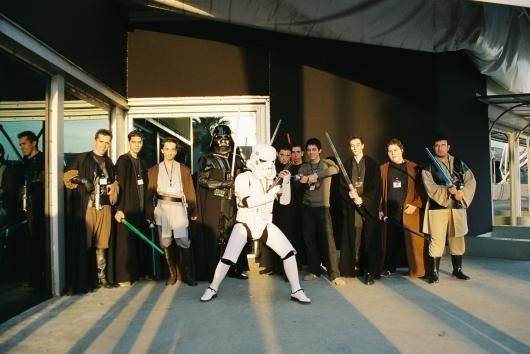 AC – We always tried to keep Star Wars popularity in a stable position since we first established our website. Focusing on the last few years, I can say that the popularity made its peak only when a new movie was about to be released. Some fans and many companies that sell Star Wars products in Turkey feared that Star Wars fandom would be over after Revenge of the Sith was released, but time has showed that it is not.

As the Turkish fans, we always demanded more Star Wars merchandise such as books, DVDs, toys, etc. but never had enough, this was because of the fear of the companies. However, fans seemed to prove themselves on their loyalty, we are still having merchandise. Not much, but it is something 🙂

There are also some fans who see it as a mission to teach the younger ones what Star Wars is. This way, the saga will continue forever.

AC – The one that I always remember with a smile is the time when I walked the Taksim Square (it is one of the most crowded locations of Istanbul) wearing a Darth Vader costume. I’ve seen so many different reactions; I can’t tell that everyone knows much about Star Wars, there were people who thought that I was Shredder from Ninja Turtles, Robocop or even a fireman. There were of course some fans who knew who I was. I walked along the long way without any trouble, smiling from the inside knowing that the attention of all those people is on you makes you feel funny, but near the end, there was a police car with some cops inside. One of them looked at me with suspicious eyes and told me to come near, my friends figured out that we could get into trouble and they called a taxi. He asked me what I was doing with that suit and I lied him that I was a stage performer and I was going to the theatre. Then I heard my friend blowing a whistle, I ran near the taxi, they tried to push me through the door and we literally “escaped” from the scene. I’m sure it looked funny from the outside. 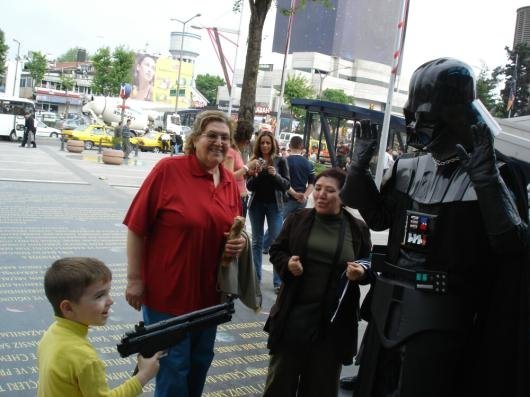 AC – Grand Admiral Thrawn. He is disciplined, he is serious, he knows what he must do. He always thinks of a plan. That is who I try to be, I see his lifestyle as a way of being successful in life.

AC – Actually we spoke of this question in the past on our forums and I always thought that the saga looked as good as it could be. Maybe I could just show how Vader’s life-support suit was created…or have Palpatine tell more stories of the Dark Side and explain why he chose the name “Vader” on Episode III.

AC – I used to draw since my childhood, and guess what happened then? I discovered Photoshop! I do not draw very much as I used to in the past and my friends keep asking me why I don’t. I sometimes wonder what Leonardo Da Vinci would do if he lived in our time period. 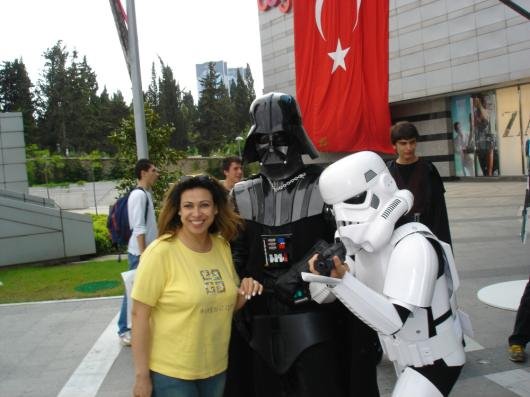 AC – Everything looks so promising. I do not watch TV very much, but from what we hear from Rick McCallum, the TV shows will change the way of things and I will definitely be stuck in front of the TV – if we will be lucky enough to see the show in Turkey-.

Lightsabre – What do you foresee for Yildiz Savaslari in the future?

AC – When we first started this adventure as a fan site, our goal was to make our website a meeting place for each and every Turkish Star Wars fan. I can say that we partially achieved that goal. What I couldn’t foresee was that we reached fans outside of our country. We helped Turkish fans to share their love of Star Wars with foreign fans. It was terrific to see this happen, and we are looking forward to seeing more of this kind of relationships. We hope that Yildiz Savaslari would be the ultimate voice that represent Turkish fans in Star Wars fandom.

AC – Like I said in the beginning, I’ve been visiting your wonderful site for years. And I must say that we, as Yildiz Savaslari, try to follow the style of your interviews as a role model for our very own interviews. The number of interviews we have made is nothing compared to yours, but you are a great source of influence for us.

Lightsabre – It’s been a great interview, and thanks for being our guest on Lightsabre. Just one final question. Lando Calrissian has the perfect hand of Sabacc, but like all good players keeps a straight face to hide his hand. He is so confident he is prepared to gamble everything on that hand. But what does he gamble?