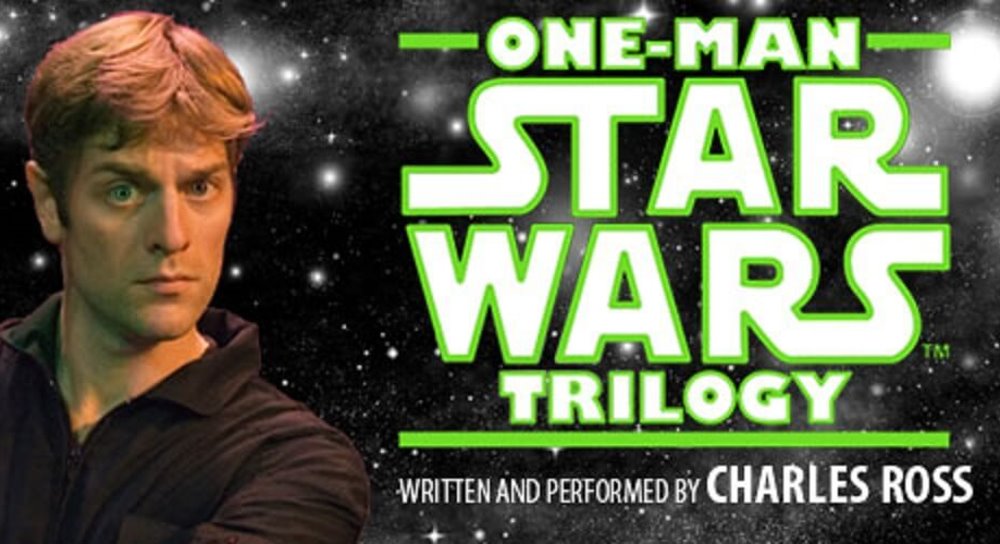 Between 1999 and 2009 Lightsabre.co.uk brought news, fanfic, podcasts and much, much more to the masses. Our seventy-seventh guest has enthralled  audiences all over the world – Charles Ross.

Lightsabre – What initially attracted you to Star Wars?

CR – The fact that every human being where I lived and grew up was mad about the films when they first came out. I just loved the fact that an unassuming person, like Luke, could rise up from such meagre beginnings. 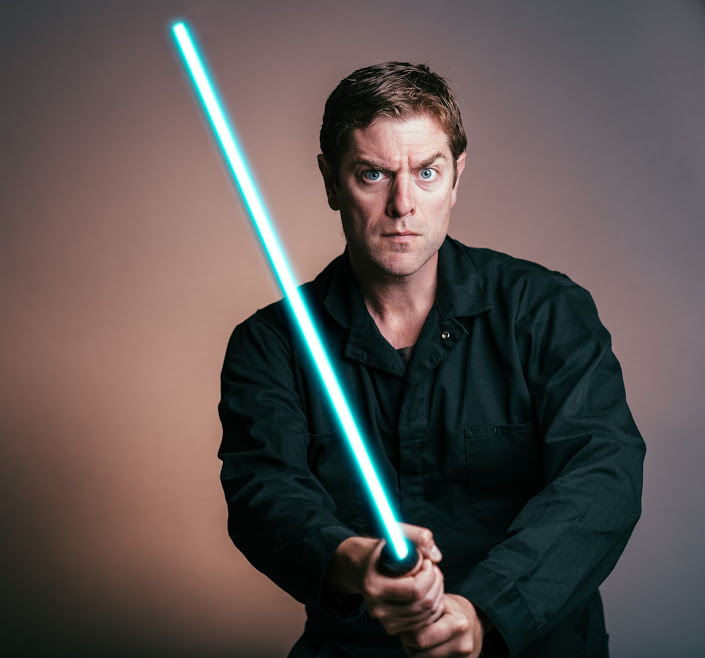 Lightsabre – Whatever gave you the idea to condense the trilogy into 60 minutes?

CR – Well, it’s the brainchild of me and my friend TJ Dawe, although, if you look in Return of the Jedi C-3P0 does essentially what I do. Of course he has better sound effects. And costume. And music…I’m just jealous.

Lightsabre – It’s been a huge success, taking you all over the world from your native Canada to the UK and beyond. What’s been the most interesting place you’ve performed?

CR – Well, one of the more interesting places that I’ve performed was in the United Arab Emirates, Dubai to be exact. What an incredible place. Like a cross between Tatooine and Coruscant.

Lightsabre – And the best audience?

CR – The best audience…hmm…well, I’d say the best type of audience is always in a convention setting. Whether it’s been a World Con or Celebration you just can’t beat the audience.

Lightsabre – Would you find it a challenge to tackle the prequel trilogy?  How could you NOT make it all about Jar Jar?

CR – Cut Jar Jar out. Believe me, when you’re trying to condense massive amounts of text and action it’s easy to get rid of what you’d rather not include. 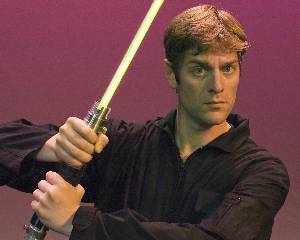 Lightsabre – You’ve been looking to expand your subject matter, and word has it that you tried to get the rights to do the Lord of the Rings trilogy.  What was the come back from the Tolkien estate?

CR – Well, I didn’t seek out the rights before doing the show, that led to the eventual problem. I had a good show but didn’t have the permission to do it. Strangely (a yet quite revealing as to the vastly different power structure behind the Tolkien franchise than say Lucasfilm) I was contacted by a representative from the musical production. They had the rights to push their production through, I didn’t, end of story. Hopefully the story can still have a happy ending.

Lightsabre – Has the Bearded One seen the show?

CR – George Lucas or Santa? I assume the former, in either case the answer is no, not in a live performance. I assume he’s seen some of the show as I have the rights to do the show. 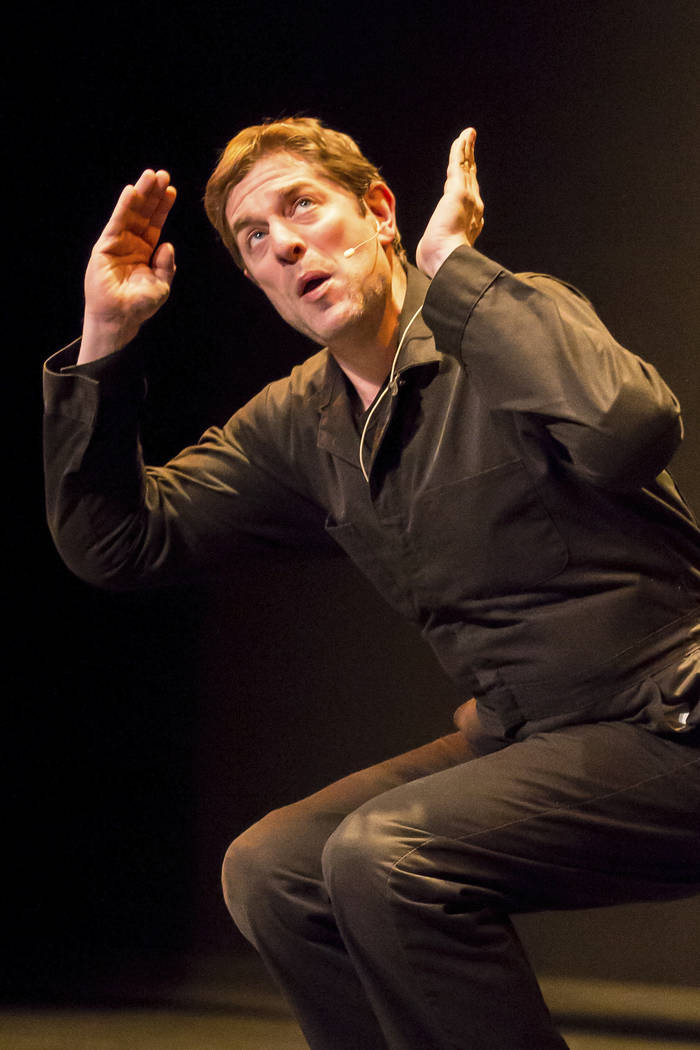 Lightsabre – What would your ultimate subject matter be for a show of this nature?  What haven’t you done that you’d love to do?  The Bible in 60 minutes?

CR – Funny that you should mention the Bible, I’ve thought of it before. Funny how the same idea strikes people. As far as “ultimate” idea for this structure of performance would be to write a story that isn’t in the public domain. To tell a new a tale. To me the ultimate is to tell a story rather than simply adapt and re-tell. Maybe that’s folly on my part, but I’m willing to give it a shot.

Lightsabre – Many thanks for being our guest at Lightsabre. One final question.  You have to chose a Star Wars character to do a show about for 60 minutes.  Your choice is:

Which would it be?

CR – That’s rough, I would think that each could have their own merits. Jabba would probably be the most entertaining in the end imagine some horrid sitcom at Jabba’s palace: I can see a broken neon sign that reads “Jabba’s Place” (minus the “a”). And there’s the name of the show: Jabba’s Place. Wacky neighbours abound who eventually get fed to the Rancor monster.  Many, many thanks.

This interview was originally published on www.lightsabre.co.uk on 16th September 2007.