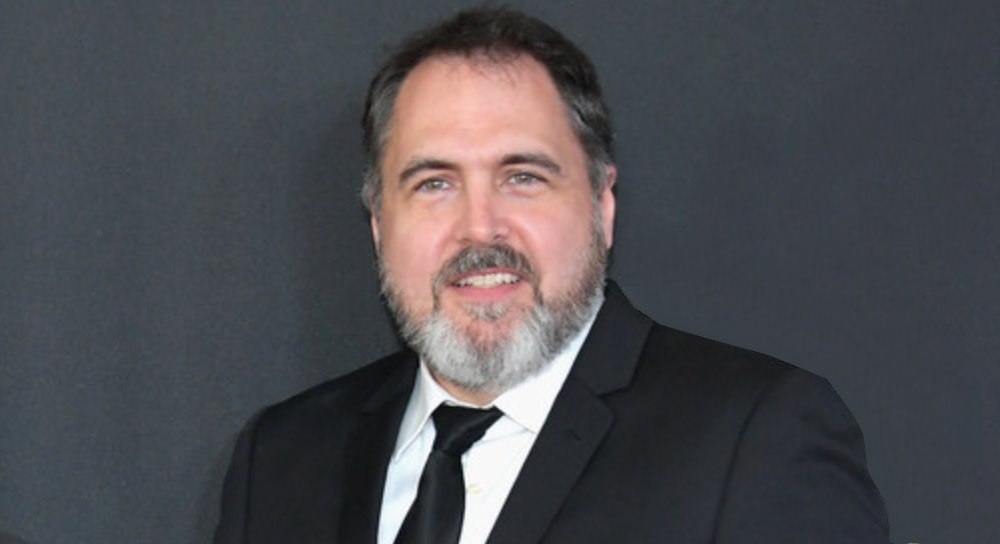 Between 1999 and 2009 Lightsabre.co.uk brought news, fanfic, podcasts and much, much more to the masses. Our one hundred and thirty-fifth guest was one of the sound editors behind the prequel trilogy, and beyond – David Acord. 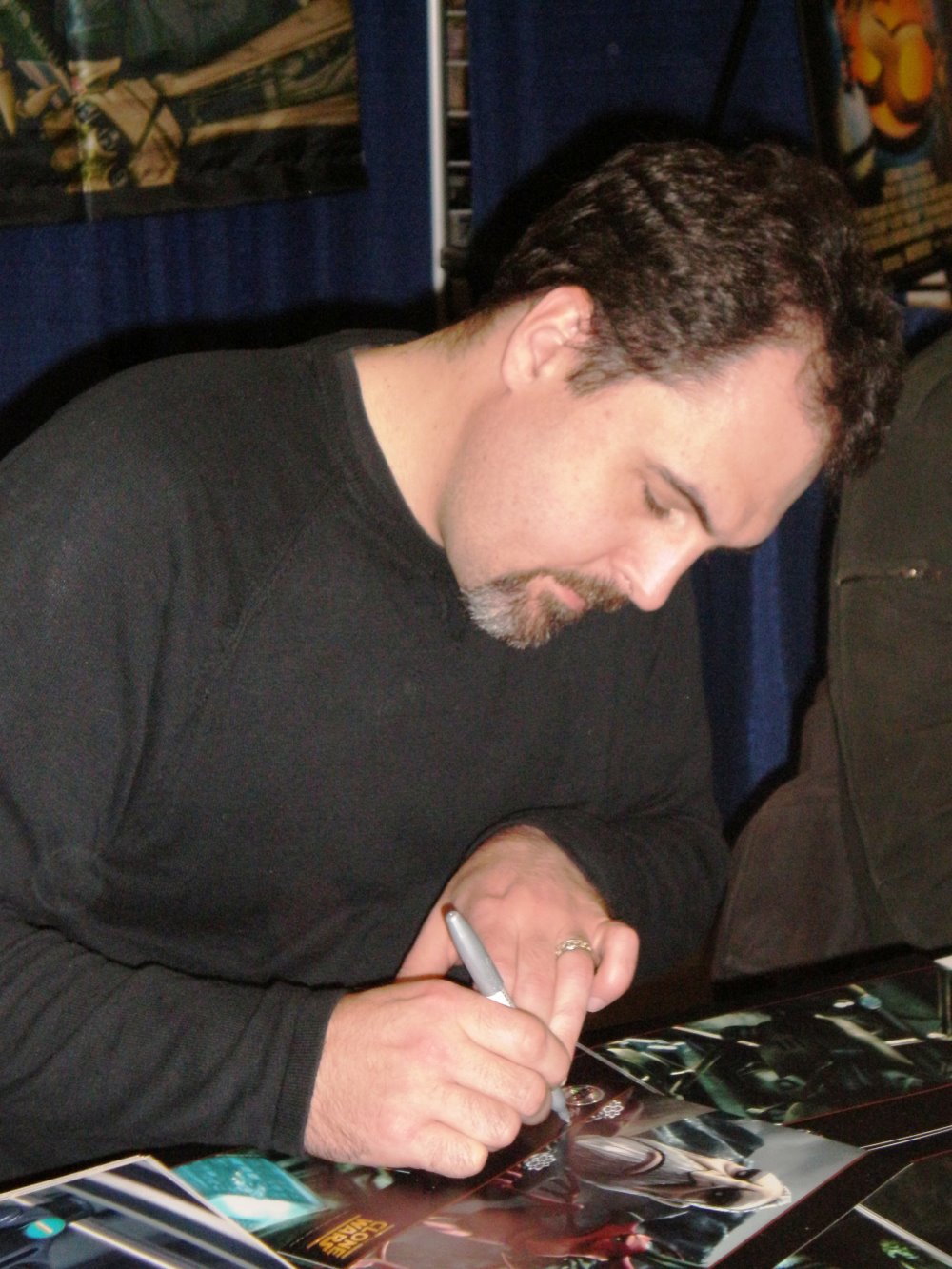 DA – Thank you for having me.

Lightsabre – You started off your career in sound working on Nash Bridges and now occupy your time working on the cutting edge of sound with The Clone Wars. Did you ever envisage your career bringing you to Skywalker Sound?

DA – I actually started out my sound career on a movie called “Hush” with a sound crew I met while working on “12 Monkeys” (where I worked as a special effects guy). The Nash Bridges thing came a lot later (2000). At no point during those years did I seriously imagine I’d be working at Skywalker! I was just happy to be working at all.

Lightsabre – In your list of credits are a number of animated shows – The Incredibles, Cars and Ice Age among them. With your work on The Clone Wars being a weekly endeavour, what would you say the big differences are between live action and animated work, in terms of the sound department?

DA – Well, with an animated project, you’re basically working with a clean palette. Live action shows have a lot of production effects (backgrounds, incidental “Foley”, that sort of thing). Animation, obviously, has none of that. As for dialog, every character is essentially looped or ADR’d for animation, whereas live action, in a lot of cases, relies on the (on-set) production track for at least 50% of the dialog.

Lightsabre – What activated your interest in Star Wars? Were you a long time fan, or was it the challenge of the work that attracted you to the Star Wars universe?

DA – I saw the first movie (A New Hope) in 1977 at a drive-in theater in Elkton, Maryland and I’ve been a fan ever since. There’s no way that I could ever have imagined then that I’d actually be working for George Lucas one day. It’s an honor to be a part of the Star Wars legacy.

Lightsabre – Stepping away from being a part of the films, which of the seven episodes stands out as your favourite and why?

DA – Seven episodes, eh? The Empire Strikes Back. It’s the most visceral, for me. I still get chills when I watch it. 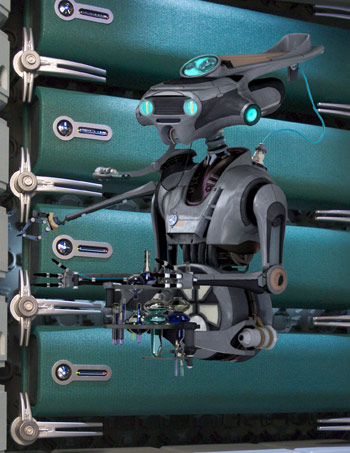 Lightsabre – You’ve not only worked in the sound department in your career but worked in the special effects department and also as a voice actor, assaying a number of roles in The Clone Wars and memorably in Revenge of the Sith as the medical droid GH-7. Do you enjoy alternating between these two very different disciplines?

DA – Absolutely! I love voice acting. In The Clone Wars series, Dave Filoni has been really great about casting me in diverse roles, I enjoy the challenge.

Lightsabre – As part of the cast and the crew you must have some golden Star Wars memories. Could you share some of them with us?

DA – I’m still amazed about the 2004 DVD Re-Master that Matthew Wood and I did. Digging through the archives, rounding up old sound effects tracks on mag, discovering ADR outtakes with Alec Guiness… it was really cool.

Lightsabre – In the field of sound design there is one name that stands above all others, Ben Burtt. But who do you look up to as a sound designer, and who inspires you? 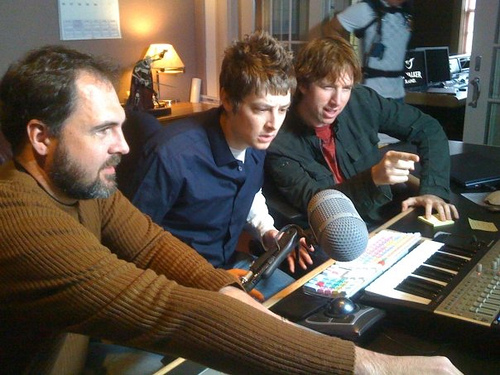 DA – You said it – Ben Burtt. Ben is a good friend and has been nothing but supportive toward me during the past few years of Clone Wars. I can’t thank him enough for all that I’ve learned over the years. Have you seen Wall-E? That is one of the best sounding movies I’ve ever seen!

I have to extend my gratitude to Matthew Wood as well. He’s been really great about challenging me and giving me career opportunities I never would have thought were possible.

Lightsabre – You’ve worked with another great Star Wars fan, Kevin Smith, on a couple of his films, Jersey Girl and Clerks 2. What is it like working with Kevin?

DA – Kevin Smith is really great. He’s a super funny guy and really down to earth.

Lightsabre – Given your busy working schedule, have you had chance to attend many conventions and hang out with the fans?

DA – I’ve been to a few conventions, actually. I attended Star Wars Fan Days in Dallas this past October. I had a great time, thanks, in no small part, to the really fantastic Star Wars fans that came. 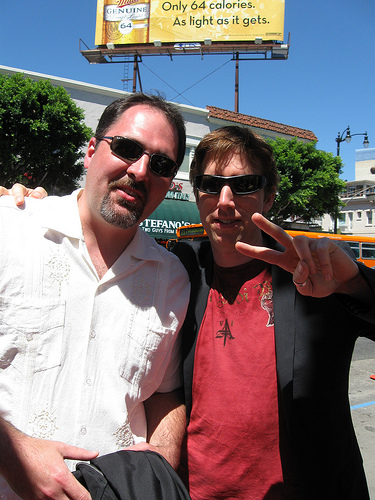 Lightsabre – One of your most recent credits is as sound designer on Fanboys. There is an amazing buzz and good feeling towards the film. How did it feel to be a part of the crew, and is it true that George Lucas allowed the Star Wars sound library to be utilised in the production of Fanboys?

DA – I love Fanboys! It was a real treat to work on. Kyle Newman is a super-talented director and a really good guy, too. Yes, we were granted permission to use original, legacy Star Wars sound effects for the film, too! I think George was really into the movie.

Lightsabre – Outside of sound design and voice acting, what are your other interests?

DA – an amateur musician (I play bass and guitar). That’s pretty much how I got started in sound for film and TV. A buddy of mine and I (with whom I was in a college band) still get together and write music once in a while. 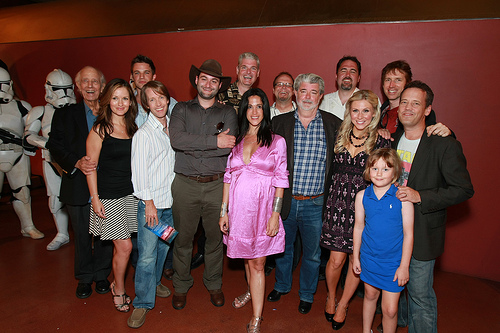 Lightsabre – Looking forward, what are your hopes and goals for the future? And if a position became available on the live action show in 2010, would you be interested?

DA – I’d like to continue to Sound Design and expand my voice acting career, hopefully for future Star Wars projects, of course!

Lightsabre – It’s been a great interview, and thanks for being our guest on Lightsabre. Just one final question. George Lucas is making a movie about the end of the world and tasks you with designing the ultimate planet-being-destroyed sound effect. As some folks know, the sounds we hear on screen are not what’s expected. There are screams, Tigers, bears and donkeys littered throughout the Star Wars soundscape. Given that, what concoction of sounds would you pull together to mimic the end of the world?

DA – Air escaping from a balloon. 😉

This interview was originally posted on lightsabre.co.uk on 22nd February 2009.