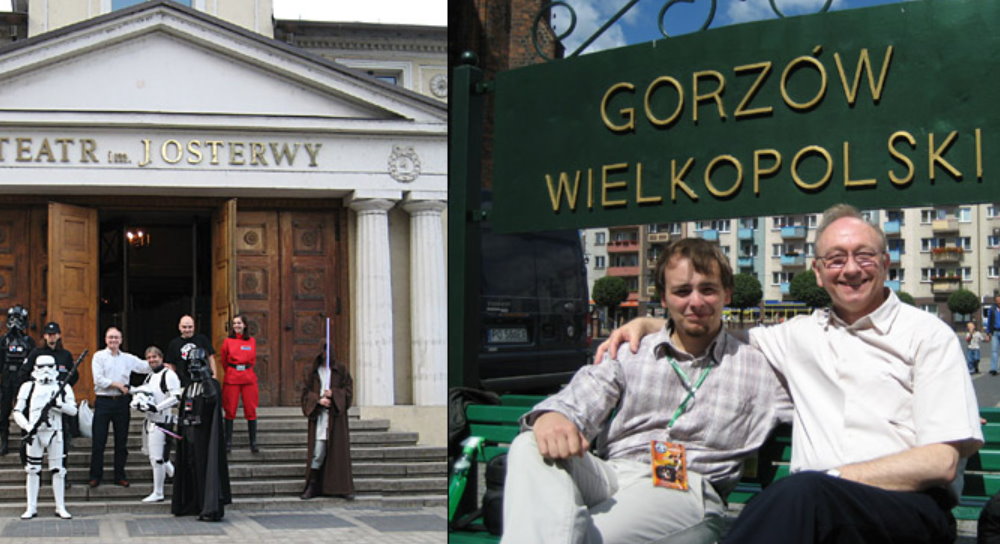 Between 1999 and 2009 Lightsabre.co.uk brought news, fanfic, podcasts and much, much more to the masses. Our one hundred and thirteenth guest was a contributor to Imperial City Online a council member of SWORA – Lukasz Mlotkowski.

LM – Hello Mark, excited to be here, thanks very much indeed for the invitation.

LM – I’ve always been an SF fan; used to watch Space 1999, Jason of Star Command and the classic Battlestar Galactica series on TV. I remember the first time I saw Star Wars (A New Hope) was in the late 80s/early 90s on Polish national TV channel 1, and I saw The Empire Strikes Back and Return of the Jedi a year later, on one of the German satellite TV channels, but it wasn’t until the premiere of Special Edition that it started full-time for me. I joined Polish Star Wars fandom in 1998 and from that moment on it’s just been one great thrilling adventure.

Lightsabre – Imperial City Online is Poland’s biggest Star Wars fansite. Tell us a bit about how the site grew and developed to where it is today?

LM – Imperial City Online, as it is today, was founded in 2001. But it is actually a fusion of two websites which existed earlier – Archiwum Star Wars (Star Wars Archives) and Ord Mantell. Founder of Archiwum Star Wars, Pawel “Franki” Plonowski, is the ICO webmaster and our current graphic layout was prepared by Grzegorz “IG-88” Niepewny, who was the webmaster of Ord Mantell. So I guess you can say ICO had some strong foundations, and thanks to our team of newsmen (the ICO Squad) we just keep adding to the experience. 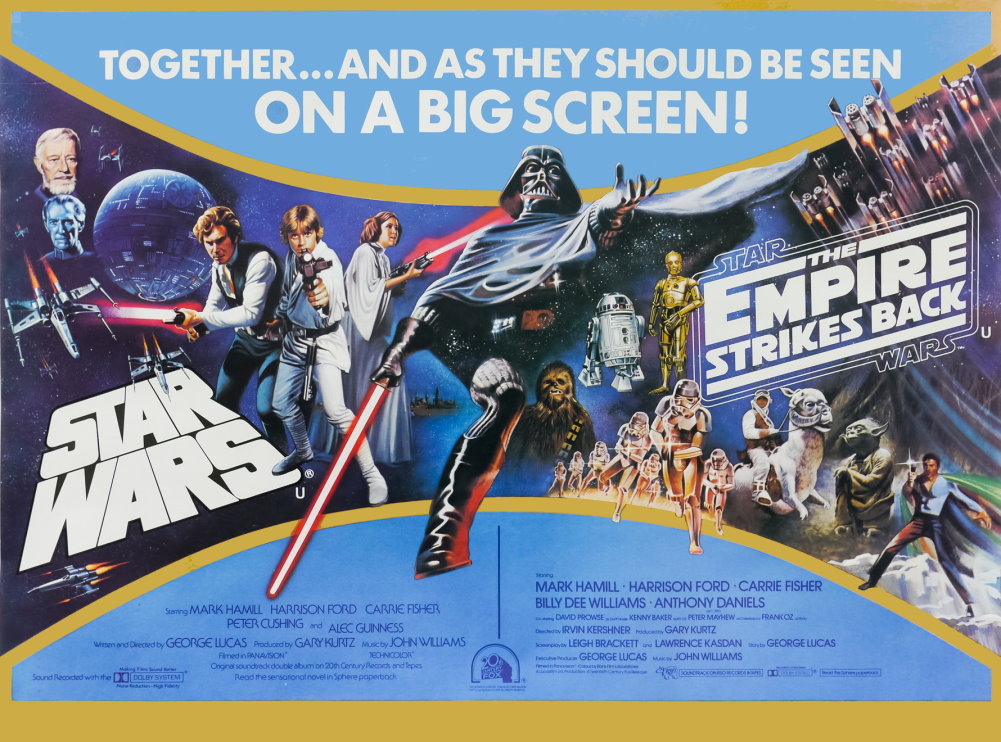 LM – Being a fan of the classic trilogy, I have to go with A New Hope and The Empire Strikes Back: ANH, because of the first scene, in which the star destroyer looms from the top of the screen; and ESB, because of the climactic scene with Vader and Luke on Bespin. The only scene in the new episodes which came close to that, was – in my opinion – the Frankenstein-like birth of more-machine-than-man Lord Vader.

Lightsabre – In 2007 Gerald Home and Paul Blake visited Poland for the Dagobah 2007 convention, the first time Star Wars actors had visited the country for a convention. Tell us about those few days.

LM – Well, you have to remember that Dagobah 2007 was actually *the* first Polish Star Wars event to feature Star Wars celebrities – actors from the Original Trilogy! This is something we all wanted to happen ever since the first Polish Star Wars convention was organised back in 1998. So, no surprise, Dagobah 2007 was huge, putting Poland firmly on the world-wide Star Wars map. It was great fun and we were very fortunate indeed to take part in such a unique event (not to mention very proud to read about the event on Star Wars websites all over the world, including Lightsabre!). Personally, I’m very grateful for the opportunity to interpret for our guests – though totally exhausting, it truly was an invaluable experience.

LM – I have many wonderful Star Wars memories, thanks to the wonderful people I’ve met over the years. The Konkret ’98 Star Wars convention in Warsaw, where I met the members of the Polish Star Wars fandom, is definitely in the top 10, and so is my first Star Wars RPG session. But it’s also the little things, like buying my first Star Wars bootleg action figure (Boba Fett, who is sadly MIA) and so on. Ah, memories…

Taking into consideration recent events, establishing the Star Wars Outer Rim Alliance – along with a cheerful bunch of Star Wars fans from all over the globe – definitely counts as a golden memory. It truly is an honour to be a part of such a great venture. 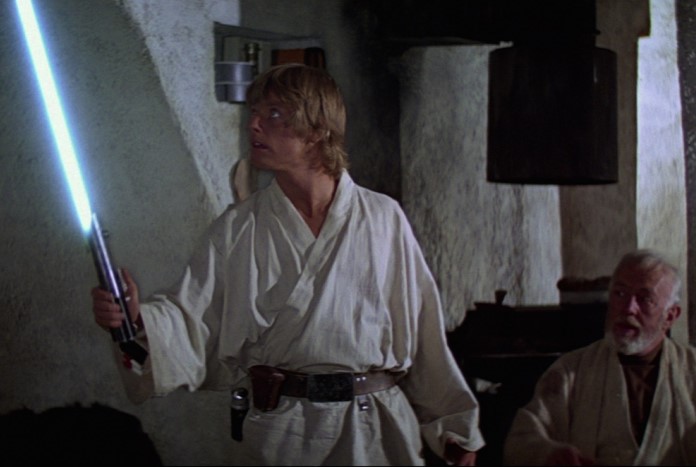 LM – Initially, for quite a long time, my favourite character was Luke Skywalker. I mean, we even have similar names, so… I admired what he stood for, and I still have a lot of respect for him. Today, however, I’d say Obi-Wan Kenobi is the character I most sympathise with, which is in no small part thanks to Ewan McGregor’s wonderful performance in the new Star Wars episodes.

LM – This is tricky – the fan in me wants to cough up a list of all the little flaws, inconsistencies and errors, which are still present even in the most recent editions of the Saga, and which need to be addressed to make the episodes as perfect as possible. Thing is, when you take a look at Star Wars as a whole, you begin to realise that these elements are an integral part of the phenomenon that is Star Wars. Without these heated discussions over even the smallest details of the saga, without pulling individual scenes apart in search of the tiniest errors recorded on film, there simply is no Star Wars fandom as we know it, as we came to accept it. And so – to finally answer your question – I wouldn’t change anything really, because I celebrate and respect Star Wars for what it is, and save the ‘what-ifs’ for a chat in the pub with friends.

LM – I’m a translator and I enjoy working with language, researching vocabulary and what have you. In fact, I wrote my MA thesis on translations of the original Star Wars novel, with research carried out on about 20 Star Wars novels altogether. It’s available online, so if you’d like to read it or use it, feel free to do so (don’t forget to drop me a line).

I also enjoy running around with my camera, taking photos of people and places. Some of my photos were actually featured on Lightsabre, which is a huge honour indeed!

LM – I’m really looking forward to seeing some of my favourite characters come to life on screen yet again. I enjoyed the first Clone Wars animated series and I do hope the new CGI Clone Wars can at least match the unique atmosphere of Genndy Tartakovsky’s outstanding work. As for the live action show, I think most of the people will be looking forward to an experience similar to the new BSG series, and speaking as a BSG fan I think that’s a great way to go for Star Wars. 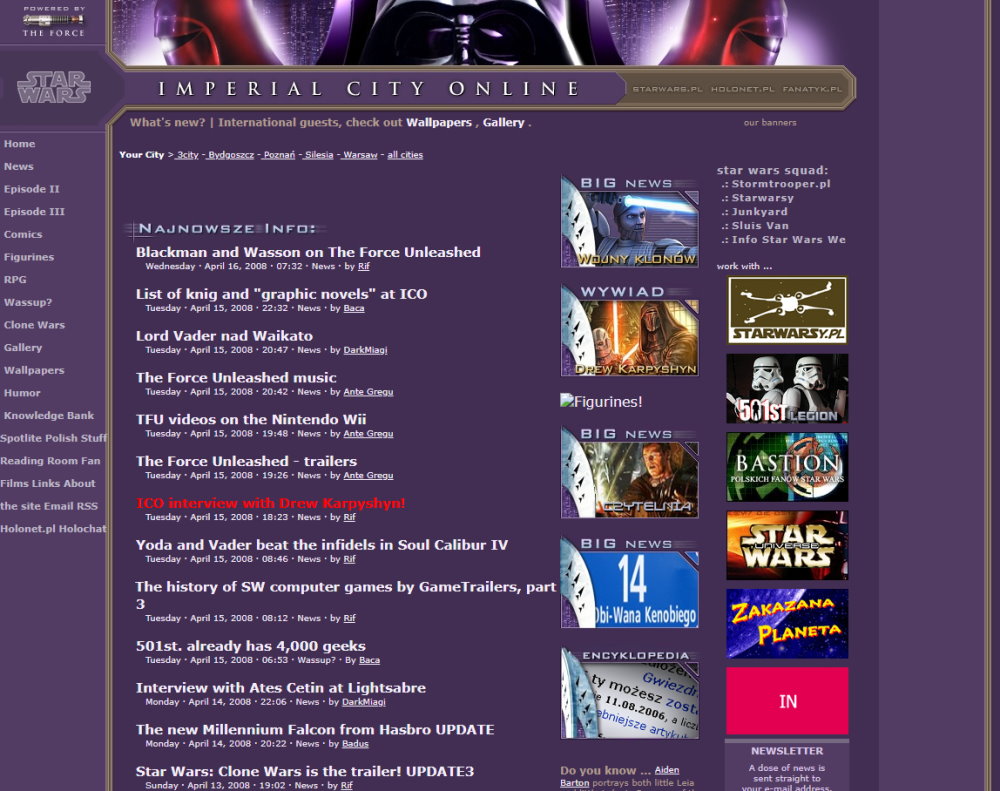 Lightsabre – What do you foresee for Imperial City Online in the future?

LM – I know it might not seem like it on the surface, but ICO is constantly being developed. We’re hoping to take it to the next level by the end of this year, but I can’t really talk about it so – I’m just going to say “fingers crossed”.

I’m positive that, if it wasn’t for my fellow ICO Squad members, a team willing to go the extra mile when it’s necessary, we definitely wouldn’t be where we are now. And with their help I’m convinced the best is yet to come.

LM – When I first entered Lightsabre I remember I was deeply impressed by the huge collection of articles and interviews presented. I’ve been a regular visitor ever since, and I know that if I miss an important Star Wars event, I can always count on Lightsabre website to have the current info. Outstanding work!

Lightsabre – It’s been a great interview, and thanks for being our guest on Lightsabre. Just one final question. You are flying through an asteroid belt with rocks spinning at you from all sides. Suddenly See-Threepio starts yammering on about how we are all going to be killed and we’ll never make it out alive. My question – how do you shut him up so you can concentrate?

LM – Why, have my lovely assistant / co-pilot trip the circuit breaker of course. I mean, it worked in the movies, right? Other than that, I don’t know… Maybe the good old ejection seat routine would do the trick?