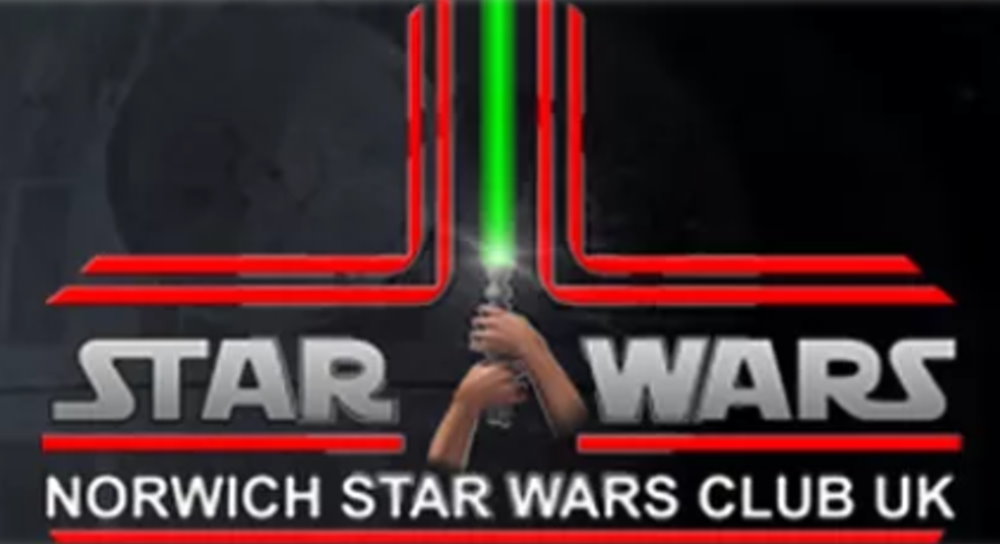 Between 1999 and 2009 Lightsabre.co.uk brought news, fanfic, podcasts and much, much more to the masses. Our ninety-second guest is the co-founder of the Norwich and District Star Wars Club – Mark Sayers.

MS – Thanks for having me and Happy New Year.

Lightsabre – What inspired you to become a Star Wars fan?

MS – Oh my goodness, that is a hard one to answer, how long have you got? I guess I first started as a fan when I was nine, when Star Wars first came on the cinema – yes, that makes me nearly 40. I think the films had such an impact on me, the storyline of good versus evil, the costumes, the characters were really cool and it was ahead of its time with effects. How many other films 30 years old can stand the test of time? Star Wars sure does and we now have events celebrating the films like Celebration Europe. I collected the figures from Star Wars, Empire and then Jedi. When Jedi was out 1983 I was then 15, about to leave school, and get a job as you do. I guess then being a teenager and get a regular income and then no new Star Wars on the horizon I lost a bit of interest, that is until 1997 when the special editions came out. I went to see all three films and it rekindled my interest, but I didn’t really know how to focus my interest till 1999 when Episode 1 came out and I discussed the possibility of forming a club with my friend Richard Walker.

Lightsabre – Which of the six films stands out as your personal favourite, and why? 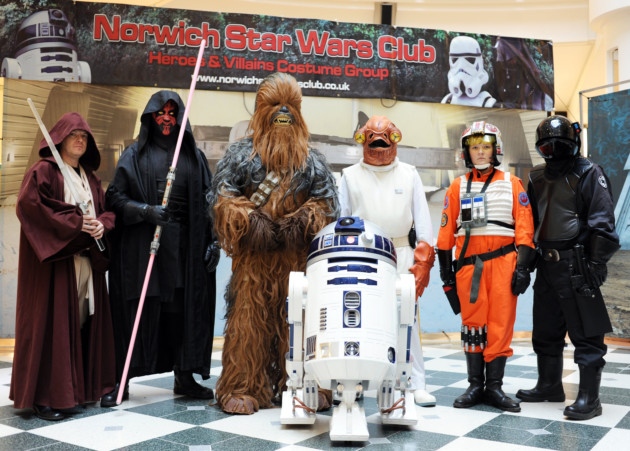 MS – I guess my favourite would be Star Wars, it was the first one to sow the seed of the Star Wars universe in me. The opening scene with Leia’s ship the Tantive IV coming across the big screen followed by Vader’s Star Destroyer is amazing, I have not seen anything since with the impact that scene had.

Lightsabre – Norwich and District Star Wars Club endeavours to bring new fans to the saga, and you have a lot of young members. Is that a key component of the club, to bring younger fans to the saga?

MS – Yes we value the young members, they are the future in keeping Star Wars interest alive. It also helps keep us older ones on our toes trying to keep up with latest trivia as well as they see things as a child. As an adult it’s easy to over analyze things that just are meant to be fun. It’s nice to see the enjoyment and unconditional fun they have for Star Wars. 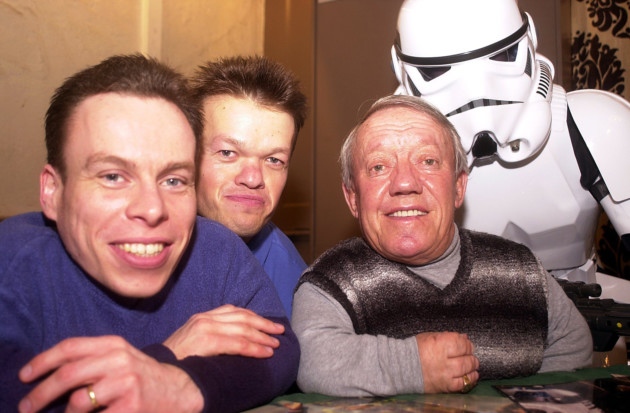 Lightsabre – Celebration Europe was an amazing event in 2007. What are your recollections of the three day convention? Get up to much partying?

MS – It was the greatest Star Wars event I have ever been to. I hadn’t had the chance to go to Celebration in the US, so didn’t really know what to expect, it was 10 times better than I realised it could be.

It was a fantastic 3 days, every one was their for one thing to share their enjoyment of Star Wars no matter who they were or where they came from.

I got the chance to make new friends as well as meeting up with some I hadn’t seen for a while. I enjoy meeting the actors, they still have a lot of interesting anecdotes and stories to tell, some of them nearly 30 years after the films where made. It’s always great to meet the actors like Jeremy Bulloch and his wonderful wife Maureen, they are so willing to say hi and talk to you. It’s ‘I’m talking to Boba Fett and His Misses’. Wow.

I think the highlights for me were meeting Mark Hamill and going down to the water front for the ‘Docking Bay’ party and watching all the fans with their FX sabres sparing on the bridge. The bridge at one time had about 20 or 30 sabres flashing about, it looked amazing.

Lightsabre – In your opinion, what makes for a good costume? 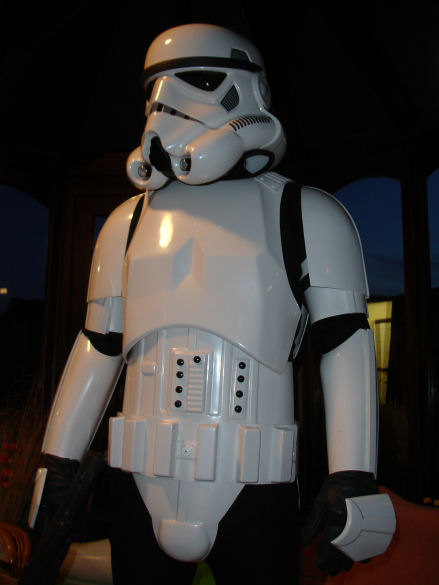 MS – I have a set of trooper armour so, I am one for the Empire. A good costume in my opinion is one that’s comfortable for a start and then resembles, as close as you can get, one seen in the movie. Not everyone has £100’s of pounds to spend on costumes. I have seen some great homemade ones made from a bit of material and some papier mache. The care and time spent gone it to making them is a true reflection of their love and enthusiasm for Star Wars. Remember this is all for fun, I think some people do take it far to seriously.

MS – I am really looking forward to seeing the TV episodes. Cant wait to see how George Lucas goes about the story lines and what characters he highlights.

I guess I would like to see like many others, the Expanded Universe and three more films made after Return of the Jedi. Please Mr Lucas, if you are reading give it some serious thought.

Lightsabre – Which Star Wars character do you have the most affinity for?

MS – Yoda, he is the wise old reclusive Jedi who sill in his 899th year is a very powerful Jedi at one with the Force.

Lightsabre – You can bump off any major sci-fi or fantasy character in any way you wish. Who would it be and how?

MS – I guess I would bump off the Emperor, by getting Darth Vader to throw him down a shaft on the 2nd Death Star. Already been done? Oh rats.

Lightsabre – What does NDSWFC have lined up for the future? 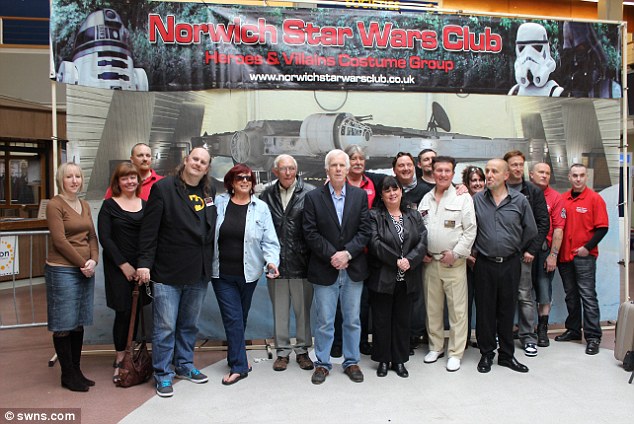 MS – We are now in our 9th year since the club was formed By Richard Walker our Club President and by myself co-founder. We have a wonderful website run by David Frost our Media spokesperson and Webmaster which is evolving all the time. John Peruzzi our command staff for our ‘Heroes & Villains Costume group works very hard to make sure people where they are supposed to be.

Lightsabre – It’s been a great interview, and thanks for being our guest on Lightsabre. Just one final question. Darth Vader enters a Darth Vader look-alike competition and comes third behind a five year old in an off the shelf mask and a guy in a very convincing costume who is five foot four in his heels. You sense Vader’s swelling wrath, but what do you do to save everyone from Sith annihilation?

MS – Thanks Mark for inviting me to take part, I guess to save everyone from Sith anger, I would go up to Darthy and say ‘How about we go down the road, have a few pints followed by a Ruby Murray and tell me all about it.’

This interview was first published on www.lightsabre.co.uk on 6th January 2008.