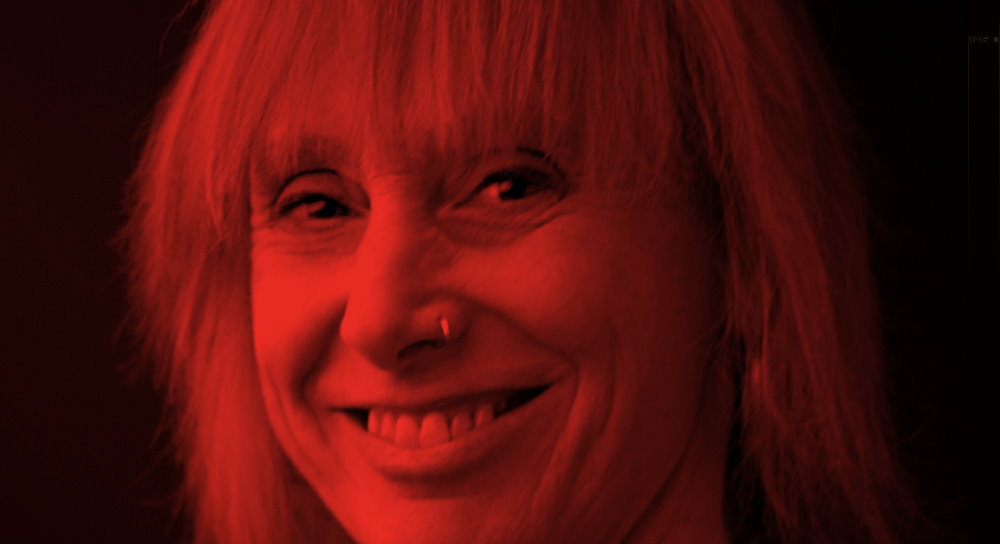 Between 1999 and 2009 Lightsabre.co.uk brought news, fanfic, podcasts and much, much more to the masses. Our ninety-sixth guest was the Events Manager at Lucasfilm and oversaw Bantha Tracks in the Star Wars Insider – Mary Franklin. MF – It’s an honour to be interviewed by Lightsabre.

Lightsabre – How exciting is it to be a regular and constant part of the Star Wars universe?

MF – It’s my Fangirl dream come true, on more than one level. There is the obvious fun of working with Star Wars on a daily basis, of seeing what’s coming first, and being a part of shaping events for my fellow fans. But it’s also fun to come to work every day because there are great people here who are creative and fun, and who really care about what they are doing. And my boss has the greatest Star Wars collection! (Steve Sansweet)

MF – I was a sci-fi book fan starting when I was very young, and was surprisingly snobby for my age about not wanting to see sci-fi movies. I thought they were not as good as books. My friends talked me into Star Wars, and like so many others I was in love at first sight. The movies were well-told stories with wonderful characters I loved, not simply excuses to show spaceships and creatures. I was one of the very early subscribers to Bantha Tracks!

Years later I discovered through the then-new Internet that there were Star Wars fans all over the world. I was thrilled, and got involved with the online Star Wars community. I’ve met some of my best friends through that community. 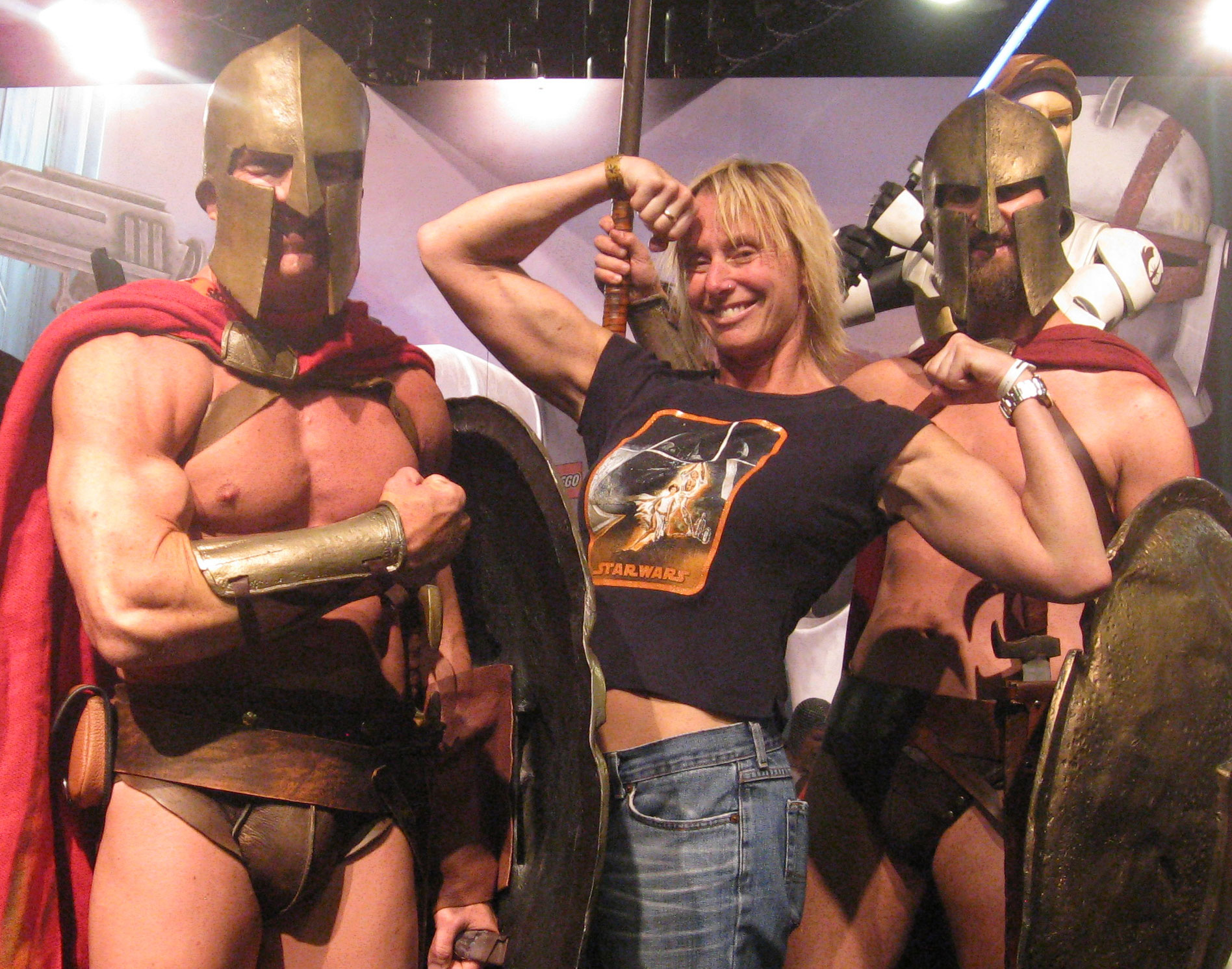 Lightsabre – As editor of Bantha Tracks you are continuing a legacy started in the late 70’s in the original and much loved Bantha Tracks. Do you feel that the current incarnation carries on that tradition?

MF – It carries on the spirit of that tradition – honouring the fan community. The original Tracks was the Star Wars news vehicle for those of us who subscribed. There was not internet or an official glossy magazine at that time, so getting the word straight from Lucasfilm through Bantha Tracks was a necessity for fans. Now, with the latest Star Wars news readily available through StarWars.com, Insider, and many outstanding websites like Lightsabre, Bantha Tracks honours fans through celebrating what they do: their ideas and good works and creativity and fun.

Lightsabre – With the new shows on the way the future is bright for Star Wars. What role will Bantha Tracks play in that?

MF – As always, sharing the news from fans, to fans, of their experiences in and contributions to the Star Wars community. 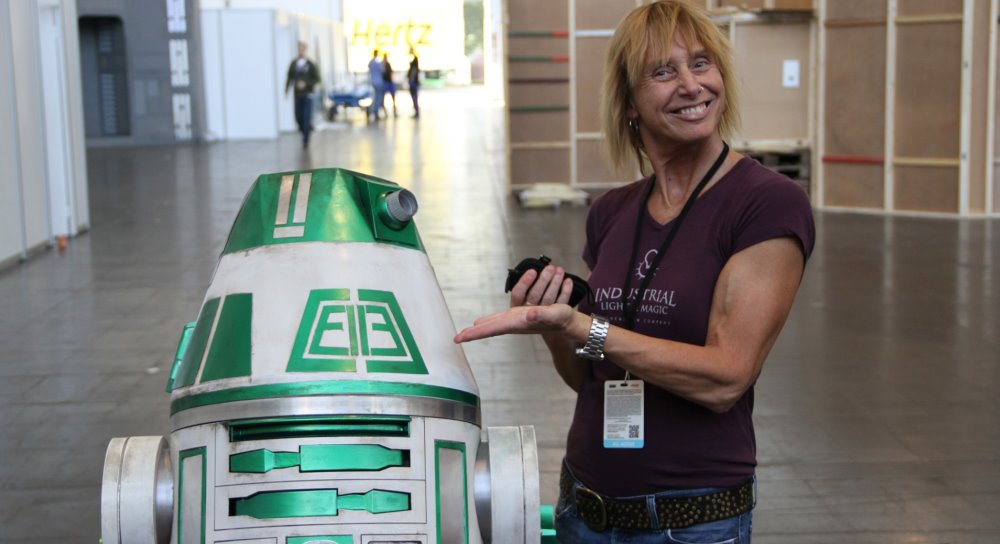 Lightsabre – You make great efforts to attend many conventions, including 2007’s Celebration Europe. How much did you enjoy that convention, and how different are the European fans to their American counterparts?

MF – Hahaha. As I am a producer of the shows, I think I would have to make great efforts NOT to attend! As a producer I’m constantly on the run, so I enjoy them in a different way than most. That said, I LOVE the Celebrations. There is little in life as cool as seeing so many good people have a good time, and playing a part in offering that to

The major difference I saw in the European fans was that they had a much higher level of patience for standing in lines for events than their American counterparts. Otherwise, both groups love entertainment, sharing the experience with their families, seeing and doing new things as well as celebrating the old, etc.

MF – Bossk. I love Bossk. Most of the bounty hunters try to be subtle and cool and aloof, but Bossk doesn’t bother with that. He just looks like he’d rather rip your throat out now than be coy.

I also love the character of Han Solo. Conflicted heroes, like Solo, and Aragorn in the Lord of the Rings movies, are the ones I find most compelling.

Lightsabre – What other duties do you have at LFL? 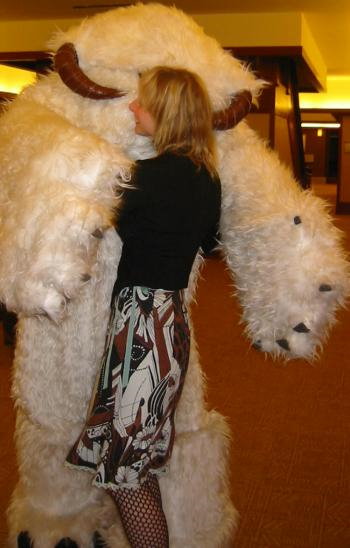 MF – I’m responsible for events for other divisions, too, like LucasArts, and recruiting and ILM. So at any given time I could be working on a Celebration, a video game trade show, a party for recruiting, and of course writing Bantha Tracks.

Lightsabre – Were you satisfied with Revenge of the Sith as the conclusion to the entire cinematic saga?

MF – Yes, extremely satisfied. Anakin’s turn broke my heart, not only because the movies hinted at the good person he could have become, but also because of his brotherhood with Obi-Wan. This added a great deal of depth to the original trilogy, and affection for Vader I did not have before.

Lightsabre – What other Star Wars product do you enjoy? Novels, comics, toys?

MF – Love the Dark Horse trade paperback comic collections, and the Random House novels as well. It’s hard to imagine the Expanded Universe expanding too much! Because I live in the city of San Francisco I have a small place, so collecting is not really an option. I do, however, have an outstanding Bossk 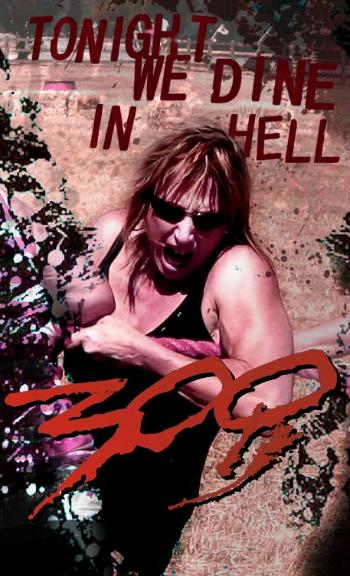 MF – Love the level of detail, and love the interviews. Excellent web site. I think part of what makes it outstanding is that it is a true fan community that reflects shared Star Wars passion.

I see you just posted an interview with my friend Dunc (Tracy Duncan). It’s Dunc and others who share similar passion who have made Club Jade a success. I was a founding member, but she and others make it the great place it is. I truly admire Dunc’s creativity and sense of humor. I can count on what she writes to make me laugh out loud every time. 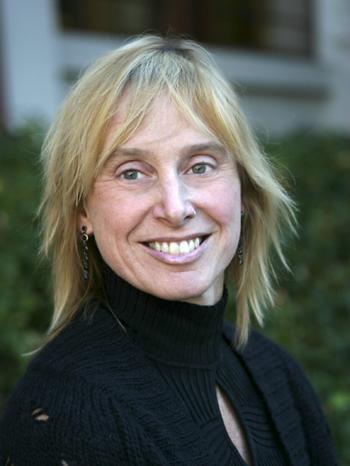 Lightsabre – It’s been a great interview, and thanks for being our guest. Just one final question. Sue Rostroni, Bonnie Burton and yourself reach the final of Iron Chef, knocking Pablo Hidalgo, Pete Vilmur and Dan Wallace out in the heats. What dishes do you all cook and why?

MF – Ha! You are asking someone who quit watching television when she was 13 to protest her parents watching too much! However, I think I understand the premise of Iron Chef, and I love the idea of writing about Bonnie, Sue, and I beating Pablo, Pete, and Dan.

Pablo, Pete, and Dan are of course focused on the details of each dish. Each is well-researched and perfect and in line with dinnertime continuity, as one would expect.

Meanwhile, while they are concentrating on minutia and not paying attention to us, Bonnie whips up spectacular, saucy sauces that take our dishes to the next level of fun. I add some special tricks and flavors that I learned when I lived in rural Montana, Alaska, and Antarctica. There are not many people who can pull flavors from Antarctica. And Sue . . . Sue has already made sure that everything is perfect, and she is just simply the boss. There is no getting around the boss. The guys don’t stand a chance.

This interview was originally posted on lightsabre.co.uk om 10th February 2008.