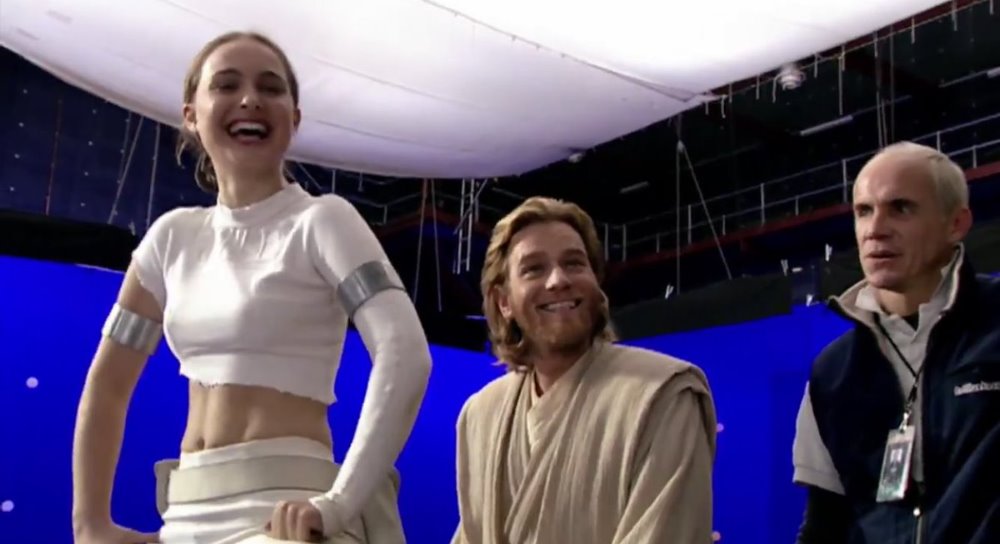 Between 1999 and 2009 Lightsabre.co.uk brought news, fanfic, podcasts and much, much more to the masses. Our one hundred and thirty-second guest was the stunt coordinator of the prequel trilogy – Nick Gillard. 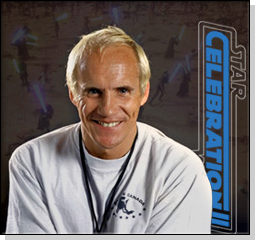 Lightsabre – You’ve been a part of some of the most action-packed projects in movie history, from Waterworld right through to Wanted, but what gave you the initial idea and inspiration to be a stunt coordinator?

Lightsabre – Being a stunt coordinator means the actor and the studio places a lot of trust into your hands. What’s involved in the role, and after working together on scenes is there the same camaraderie between the actors as there is between the stuntmen?

NG – It involves understanding every piece of action in the script, from the smallest trip, to the biggest explosion, possibly re writing it, then manning, equipping, and delivering it, safely and quietly…Who told you there is camaraderie between actors? 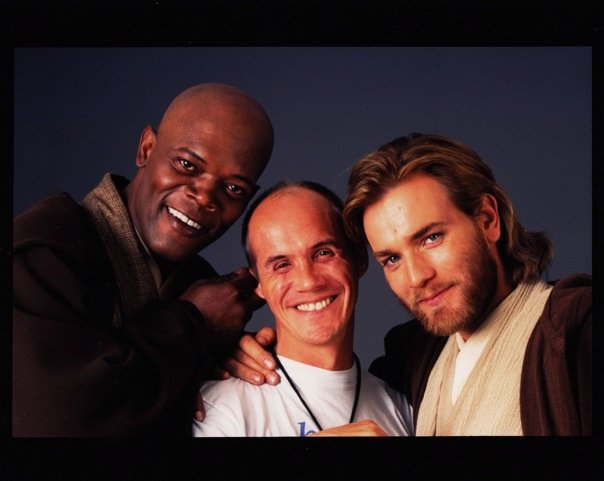 Lightsabre – It’s clear from the Attack of the Clones and Revenge of the Sith DVD’s that Hayden Christensen is a bit handy with the sword. Was he really a natural or was it all down to hard work and training?

NG – Hayden is a natural at just about anything. He is also dedicated to hard work and training and will happily put 8 hours a day in.

Lightsabre – What has it been like to be such an integral part of the Star Wars phenomenon?

NG – Same as it is if you are an integral part of anything; you fight for what you think is right, but you don’t always win the fight.

Lightsabre – You were there when the Bond franchise re-launched to such acclaim with Goldeneye and again with The Phantom Menace. was there increased pressures on both those shows, given that there was a precedent in terms of fight styles as opposed to a blank slate like Judge Dredd? 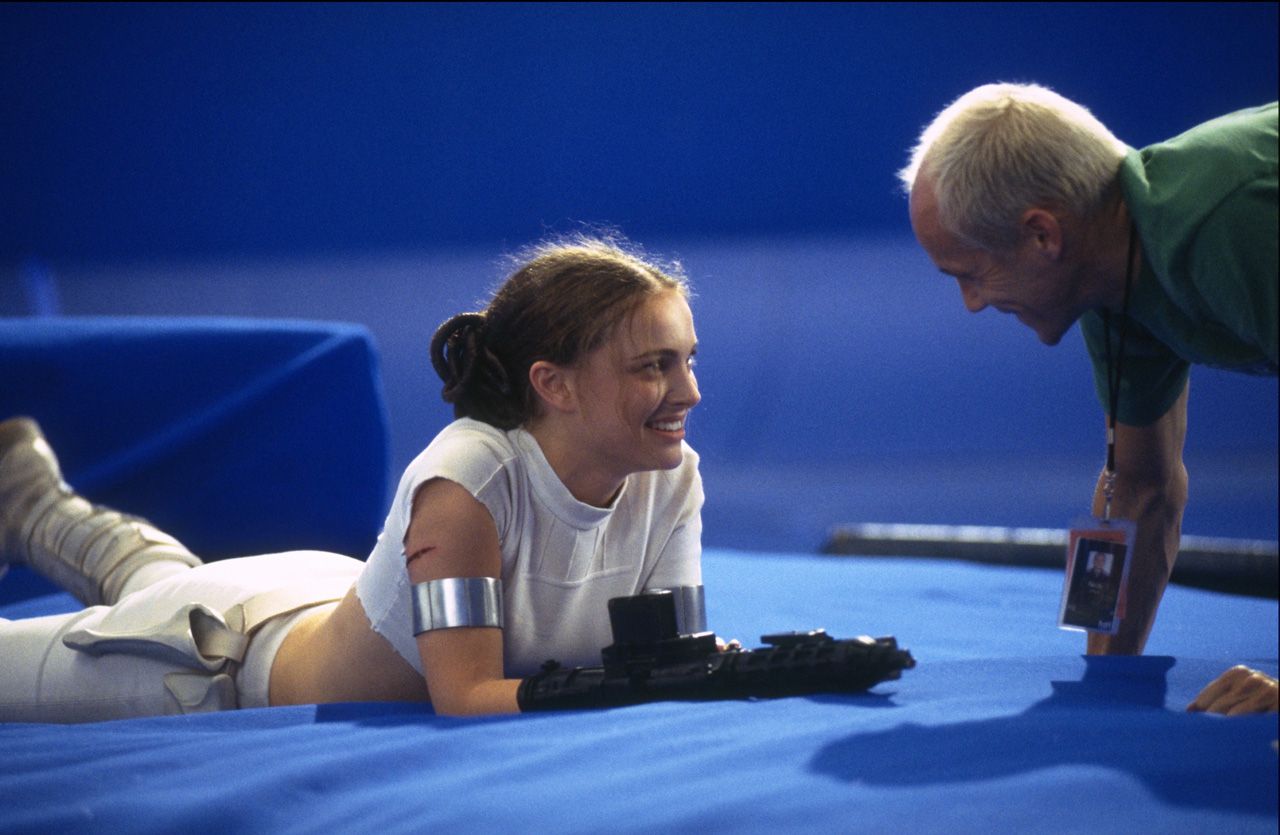 NG – Ha-ha, I worked on Judge Dredd too, but I only worked as a stuntman on Goldeneye. Phantom Menace was a ball.

Lightsabre – You must have some great funny stories from on set. Care to share any?

NG – I like people falling over. C-3PO right off the raised set, George up the stairs, me and Natalie bowled over by an out of control R2-D2…

Lightsabre – During the prequels you were a regular on-set presence, and worked in close quarters with both the principal cast and crew. What was the mood on the set like making those films? 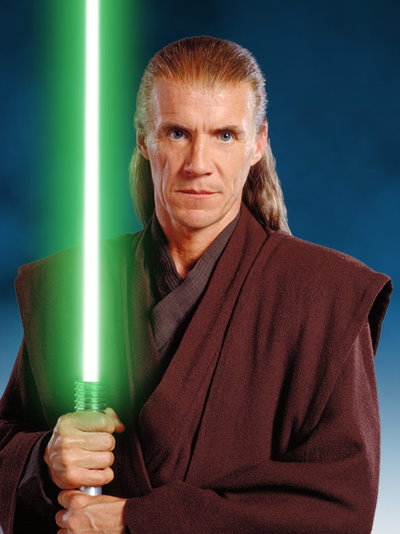 NG – Star Wars movies are easy to work on, everybody knows what they are doing, we work very long hours, six days a week, there are occasional punch up’s but most of all it’s fun.

Lightsabre – Of your non Star Wars projects which one do you have the fondest memories of, and which one was the hardest work?

Lightsabre – The new live action Star Wars TV series arrives in 2010. Would you be interested in participating or do you feel you have done your stint in the Star Wars galaxy?

NG – I think I have given them a direction, maybe it’s time for someone else to take up the reins.

Lightsabre – As well as the stunt coordinator role you’ve been involved in second unit work on various projects. How did that position come about?

NG – I used a subtle blend of psychology and extreme violence. 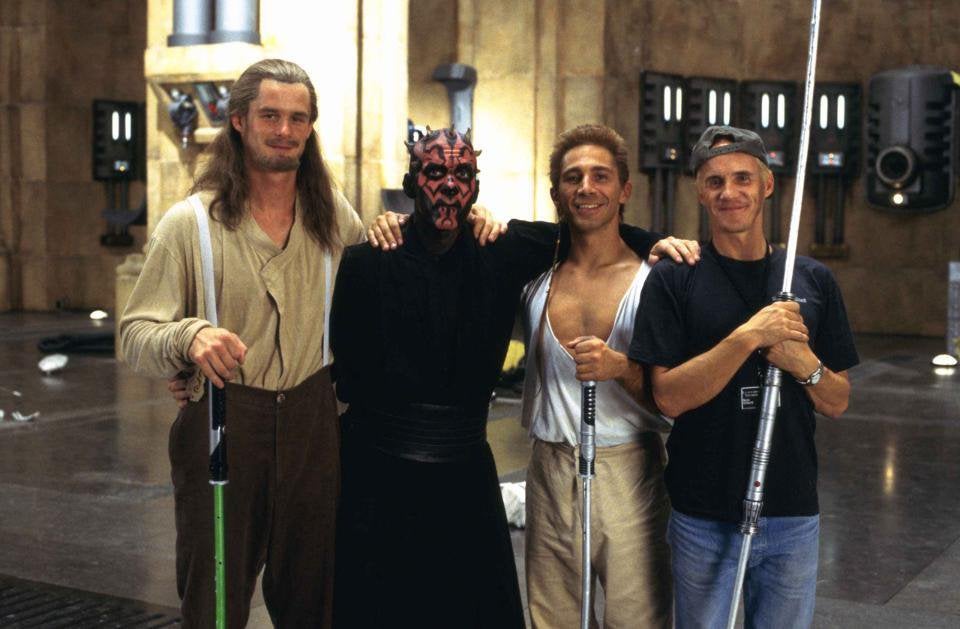 Lightsabre – What’s coming up in the future for you and Danger Inc?

NG – Just starting a Michael Caine movie, then “Coriolanus” then a Bollywood movie. Then a holiday. 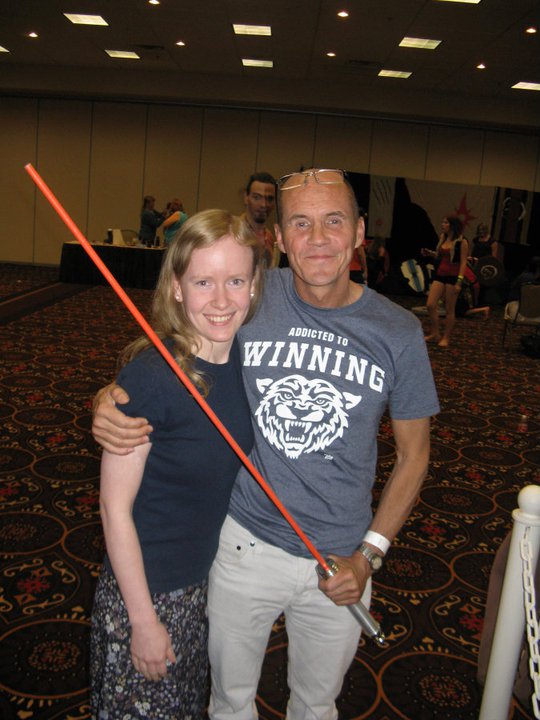 NG – Should have more sex! Half-naked girls would be nice.

Lightsabre – It’s been a great interview, and thanks for being our guest on Lightsabre. Just one final question. Anakin Skywalker, Robin Hood and Shaft are sent on a mission by M to bring in James Bond. They all race off around the world to complete their mission, but who brings Bond in first and how?

NG – No question! Shaft. not only that but he would come back with Robin Hood’s bow, Anakin’s lightsaber, and all of Bonds girls.