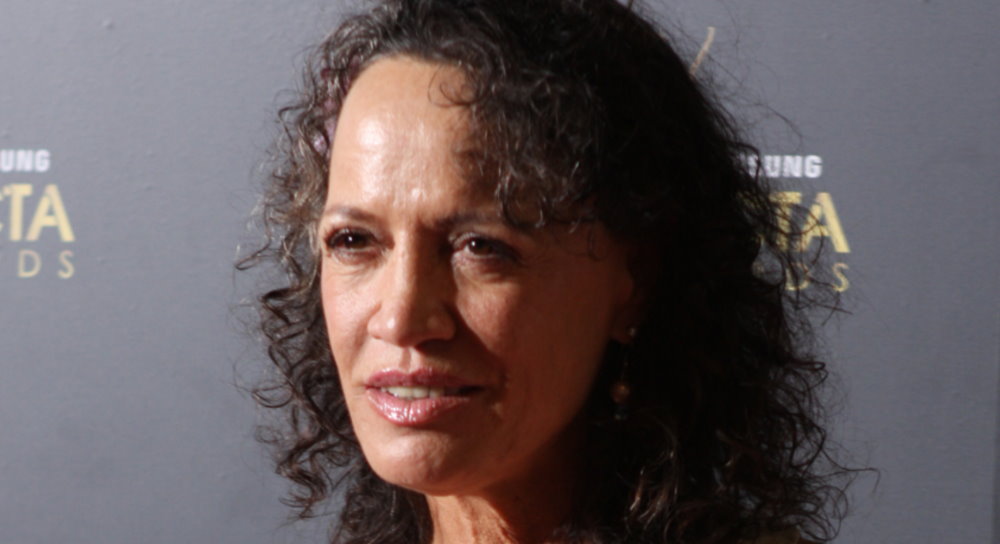 Between 1999 and 2009 Lightsabre.co.uk brought news, fanfic, podcasts and much, much more to the masses. Our twenty-third guest was the willowy and regal Kaminoan Taun We in Attack of the Clones and dedicated Senator Nee Alavar in Revenge of the Sith – Rena Owen.

RO – My pleasure to be a part of Lightsabre! Thank you for the invitation!!

Lightsabre – You’ve been directed by Steven Spielberg in AI, played the role of Mary in the fourth Crow movie and acted alongside Temuera Morrison in Once Were Warriors but you are internationally best known for your roles as Taun We in Attack of the Clones and Senator Nee Alavar in Revenge of the Sith. How exciting is that? 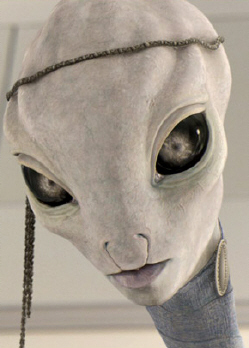 RO – It is a really good buzz to be a part of a world that means so much too so many people around the world. I’ve had so many wonderful experiences and made many new good friends, and let’s not forget, because of it, I have been immortalized in plastic!

Lightsabre – Tell us of your experiences working on the final two Star Wars movies. What special memories have stuck with you?

RO – With Attack of the Clones, I had an absolute blast! Taun We was a babe. I had so much fun with her and working with Ewan, Temuera, and Daniel. Taun We was my first ever alien, and a hard act to follow! To be honest, playing a human in, Revenge of the Sith, was boring in comparison. But needless to say, another wonderful experience to be on the Episode 3 set for 3 weeks. In terms of special memories, it is the people you connect with that sticks in my mind. And that includes everyone I worked with on both episodes.

RO – I was born to be an artist. I write, act, direct theatre, and am now also producing a feature film. I have a need to be creative, whether that is through acting, writing, or whatever. I’ve had a long career in Theatre, Television, and Film. I started in London in the mid 80’s, where I trained at the Actors Institute, and I’ve had a creative career ever since. For more background info, people can check out my website. 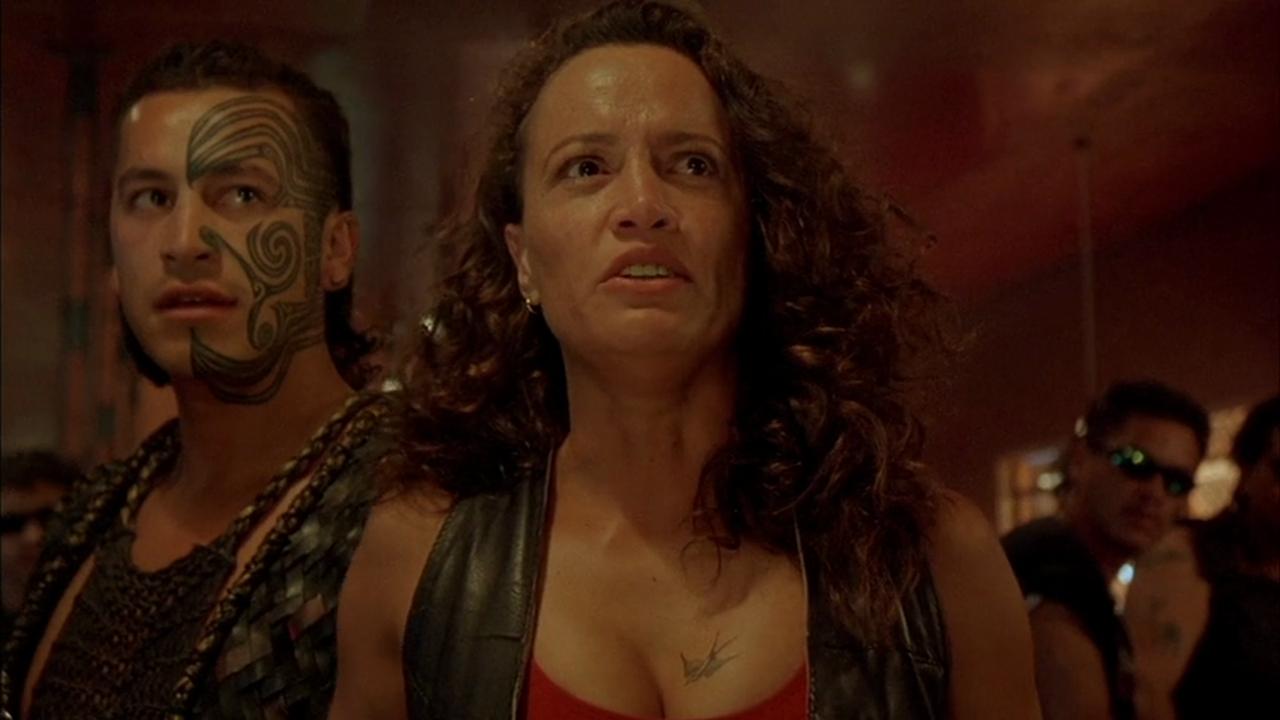 Lightsabre – You’ve had lunch with the Star Wars Chicks, been spoiled by the 501st and now interviewed by Lightsabre. What do you think of Star Wars fandom?

RO – You guys rock! I admire loyalty, commitment, and dedication!

Lightsabre – You’ve been fortunate to land two totally different roles in Attack of the Clones and Revenge of the Sith. How did you come to play both of these parts, and what was the audition process like?

RO – The casting director had seen Temuera and I in the New Zealand film, Once Were Warriors, which George also saw, and wanted both of us in Star Wars. Nee Alavar was an invitation to return for the final episode. 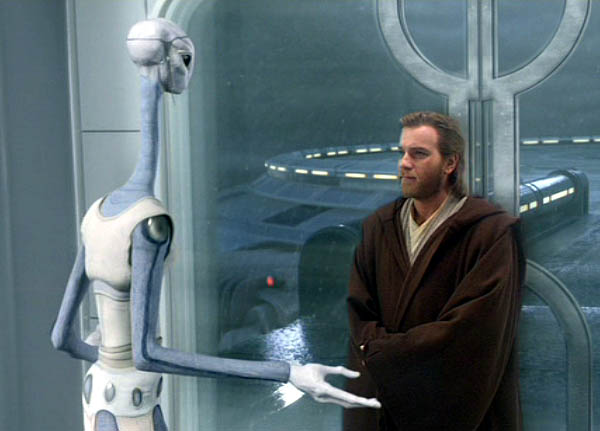 Lightsabre – You also enjoy teaching drama, when you have the time of course. What is it about teaching the art of acting that you enjoy?

RO – Giving. Passing on what you have learnt through your own experiences and helping others to fulfil their dreams. I consider it a privilege. I believe that investing into the soul of another is one of the ultimate contributions we can make in this life.

Lightsabre – You worked with Temuera Morrison in Once Were Warriors and again in Attack of the Clones. What was it like working alongside your good friend again in such a totally alien environment?

RO – A lot of fun! I love working with Tem, who I love. I will always be a fan of his. He is one of the nicest guys I have ever worked with. A consummate professional and an awesome brother. I have a great role for him in the film I am producing. 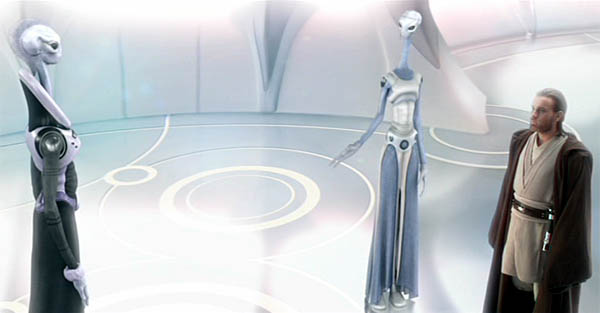 Lightsabre – There’s talk of a Star Wars TV series. Given that you have joined the circle of actors who have played more than one part in the saga, would you consider another role on a television incarnation?

RO – Absolutely! I would welcome the opportunity!!

Lightsabre – You trained as a nurse and moved to London in 1982, where you eventually found your path to entertainment. Do you believe you would have felt as fulfilled if you had remained a nurse, or was acting your one, true vocation?

RO – Hard to say. But I do know that I’m glad I had the courage to follow my heart as opposed to the expectations of others. Having said that, nursing has been an excellent background to what I do now, as it’s all about the human condition.

Lightsabre – In fandom and the wider world we constantly hear stories about George Lucas – what he’s like to be around on set, his direction techniques. How did you find it working with one of cinemas biggest names?

RO – I loved working with George. Contrary to many other reports, George is a really good director and I found him to be great with actors. He is very humble, down to earth, a really nice guy, and focused on the work. I felt very privileged to be a guest at his recent AFI Life Time Achievement Award event. A really special occasion! I try to be the same person on a set whether I’m working with a first time director or someone like George. It’s just about doing my best work and being there to serve the director’s vision.

Lightsabre – What’s next for Rena Owen? 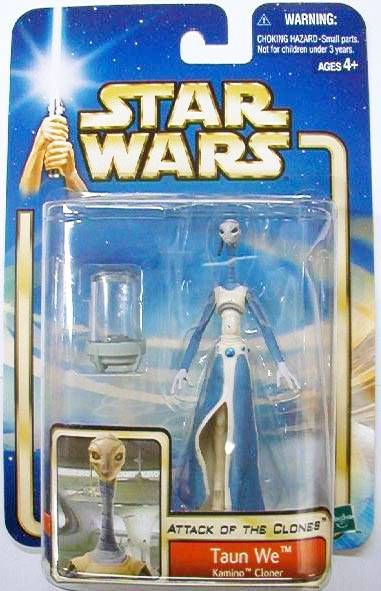 RO – I’ve completed a role, playing a Courtney Love kinda character, in an independent film shot in Minnesota. A lot of fun was had and all going well, the film will premiere at the Sundance Film Festival next January. The film I am producing is a long-term project with an on-going work load for me. I have a few conventions coming up. Along with the usual demands of life, domestics, love, friends, family etc. I also seem to be too busy?!

Lightsabre – It’s been a great interview, and thanks for being our guest. Just one final question. Taun We, Senator Alavar and Mary are stranded on a desert island with no food and no means of escape. Taun We has her cloning knowledge, Alavar her political savvy and Mary her association with a spirit of vengeance. Which one of the three manages to escape the island and how?

RO – They all survive. You see unknown too many, Taun We and Obi-Wan Kenobi had an affair. The give away line…

Taun We: “Welcome Master Jedi, we were beginning to think you weren’t coming…??
Senator Nee Alavar, with her political mind, convinces Taun We to black mail Obi-Wan, saying if he doesn’t rescue them, she will inform Yoda of their affair, and he would lose his senior Jedi position.

All Mary can do, having been married to a preacher, is pray. She is not comfortable with blackmail, but also wants to be saved. So she prays fervently in tongues for forgiveness and deliverance, whilst Taun We summons her good Jedi lover via telepathy. Mary’s fervent prayer helps the signal to get through!.

Obi-Wan, has no choice but to rise to the telepathic call. Consoling himself with the knowledge that at least he’ll get to see Taun We again! Like the true hero he is, he rescues them in a Star Wars Jedimobile??!!

P.S. Taun We and Obi-Wan are very happy to be reunited, but nobody must ever know about this affair, especially George, or Yoda!!

P.S.S. Unknown to anyone, Taun We bared Obi-Wan Kenobi’s child. A wayward son she called Gollum!!

This interview was originally posted on lightsabre.co.uk on 21st August 2005.