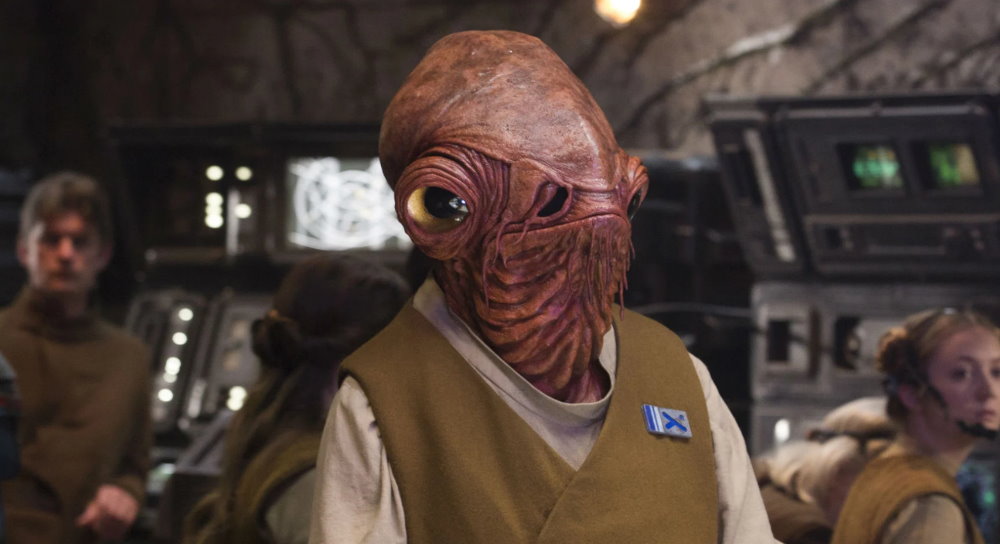 Between 1999 and 2009 Lightsabre.co.uk brought news, fanfic, podcasts and much, much more to the masses. Our one hundred and sixteenth guest featured in films such as Labyrinth, Return to Oz, Howard the Duck and Return of the Jedi – Tim Rose. 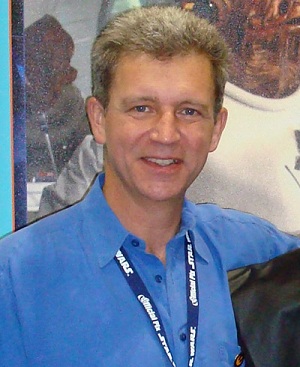 TR – Thank you for thinking of me.

Lightsabre – You’ve had a long and varied career, from The Great Muppet Caper and Howard the Duck through to Saturday Showdown and Walking with Beasts. Tell us of some of the highlights from your career so far.

TR – I have loved every minute of it, so where can I start. Was it the time I got to do a scene with Sean Connery? Being given my own spaceship in Jedi? Having Salacious Crumb nibble on Carrie Fisher’s thigh between takes in Jabba’s Palace? Getting to work with Jim Henson, one of the most amazing men I’ve ever met? Catching John Cleese in the goolies with the claws of one of my puppet characters in Fierce Creatures? Having Francis Ford Coppola, Steven Spielberg, and George Lucas all together watching us work on Return to Oz. If you want any more questions answered I’d better let this question go.

Lightsabre – You were very young when you broke into the industry. How did you get your break? 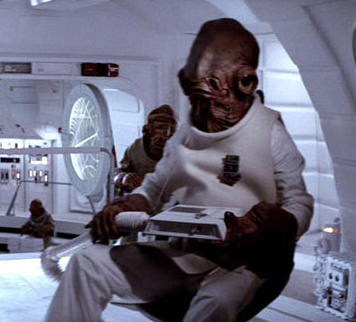 TR – I was young enough to have seen the first film as a child, and by the third film be commanding my own spaceship. It don’t get much better than that!

Lightsabre – As well as being a master puppeteer you also make puppets. Which famous puppets have you made during your career?

TR – The large Animatronic puppets are made by a team of people, not just me. My job was to create mechanical movements that would move fluidly enough to get the audience to suspend their disbelief and will the machine to life. Some of my best successes were Boss Richfield in Dinosaurs, Alf, Ralph, Jim, and Tim in Labyrinth, the movements (not the look) of Howard in Howard the Duck, Ackbar, Tik Tok in Return To Oz and the best ever, the tiger in Fierce Creatures. No one ever even knew that he was animatronic.

Lightsabre – You worked on The Storyteller back in the 1980’s. What was that experience like?

TR – I helped Brian Henson perform the story teller’s dog. I could have listened to John Hurt’s line delivery all day long. Oh I did, didn’t I?!!!

Lightsabre – How far afield have your Star Wars convention travels taken you?

TR – I’m off to Japan this coming Wednesday for Celebration Japan! 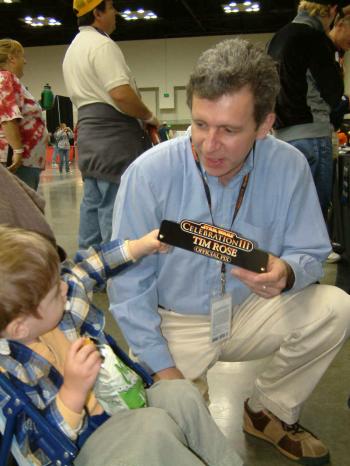 Lightsabre – Being a part of the Henson workshop must have been the perfect preparation for Return of the Jedi, which was packed with puppetry. The set seemed to be packed and constantly buzzing. How was it from your point of view, often times below the actual stage?

TR – Jim and George were very close and liked to share (show off) what their teams had come up with. It was a nice friendly competition. Jim had a far greater understanding of the needs of puppets because he worked at the performance level. It was always a challenge, ultimately demanding, but the end result made it worth it.

Lightsabre – Of your Return of the Jedi characters, which one has stayed with you the most?

TR – Salacious Crumb is my alter ego. His need to have fun at any cost still gets me fired from jobs to this day!

Lightsabre – Which of the other Star Wars characters do you feel the most affinity for?

Lightsabre – Tell us something of your other interests outside of acting?

TR – Boats, Sailing boats, motor boats, rowing boats, dinghies. Do you know of a boater’s anonymous I can join to help me with my addiction? Toot! Toot! (said Mister Toad).

Lightsabre – You were born in the States but have opted to remain in the UK. What brought about that decision?

TR – I wanted to stay near my children as they grew up. 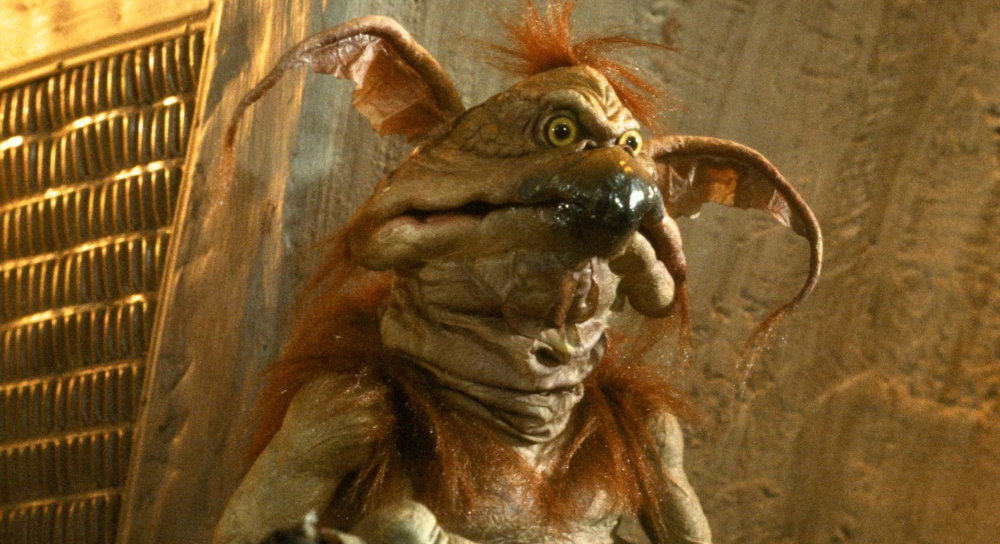 Lightsabre – Are there any projects you missed out on that you wish you’d had chance to participate in?

TR – After the break up of my marriage, I made a promise to my children that I would never go on a location shoot for more that three months. I was asked to go to New Zealand and work on Lord of the Rings on a four year contract. It was probably the last big chance to show what I am capable of, but I said no. Now that has got to be love don’t you think?

Lightsabre – It’s been a great interview, and thanks for being our guest on Lightsabre. Just one final question. Admiral Ackbar, Sy Snootles and Salacious Crumb are surfboarding off the Hawaiian coast when a huge Orca surfaces and starts torpedoing towards them. Panicked and scared they try and escape, but which one manages to get to the shore first, why, and how do they do it?

TR – That’s too easy; Salacious pushes Snootles into the water. She starts flailing about because she can’t swim worth a damn. This attracts the Orca who dispatches her in one bite. Meanwhile Salacious has pushed Ackbar off the board to make it as light as possible and begins to madly paddle for shore. He almost makes it, but unfortunately from below, his profile on the board looks just like a seal, the Orca’s favourite food. So when he gets into about four feet of water, the Orca surges in, flicks him in the air, and swallows him whole. Ackbar, meanwhile has floated serenely to the ocean floor. He knows that 90% of shark attacks happen in shallow water, so he stay there munching on some kelp and waits for the shark to get bored and leave.

But the orca’s big mistake was to swallow Salacious whole. He is still alive in the beast’s stomach and **** scared so he evacuates his bowels. The bilious nature of his stomach contents creates an equally bilious reaction on the part of the Orca, who spews him out at such a velocity that he is thrown through the air. Salacious, laughing maniacally at his lucky escape, fails to realise that he is hurtling head first toward a rock on the beach, which he strikes with such force that he is rendered unconscious.

So I suppose the answer to your question was Salacious. But when Ackbar came to shore doing a gentle back stroke and admiring the beauty of the cumulonimbus cloud formations, he discovered the Crumbs prostrate body. Now, I don’t want you to think badly of Ackbar, so let’s just say that the revival techniques employed that day did not involve the kiss of life!