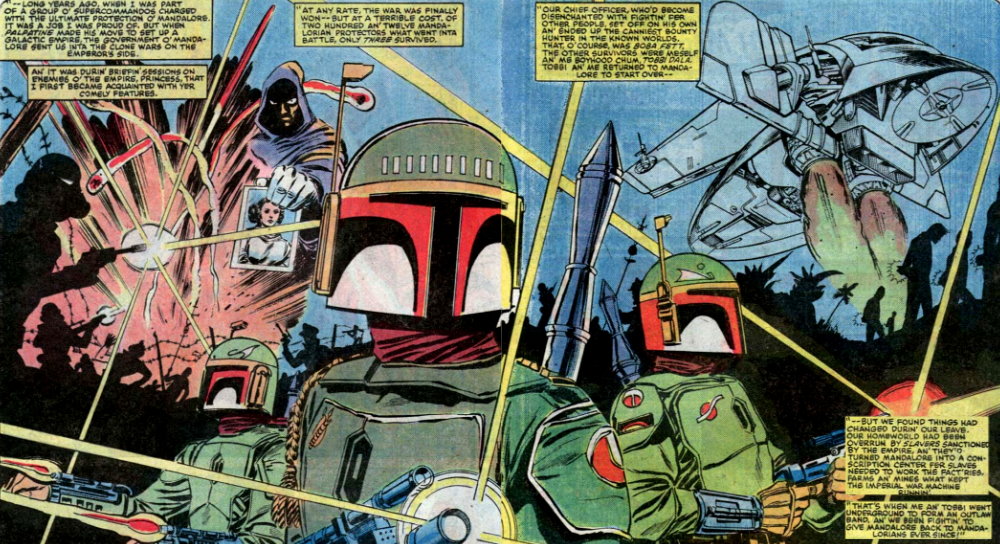 Between 1999 and 2009 Lightsabre.co.uk brought news, fanfic, podcasts and much, much more to the masses. Lightsabre closed its doors in 2009 and as such, a handful of interviews went unpublished on the site, so here is our 152nd interview, with Marvel artist Ron Frenz.

Lightsabre – How did you get the job working on Marvel Star Wars?

RF – I was already working for Marvel on a book called Ka’zar, for the editor Louise Jones (later Louise ‘Weezie’ Simonson) who was also the editor on the Star Wars comic. The art teams were changing and she offered me the work, first as a fill in and then as a regular artist. Tom Palmer was already in place as the finishing artist. I don’t remember if Lucasfilm had to approve me, but it’s possible.

Lightsabre – Were you familiar with the Star Wars movies and with fandom?

RF – The movies, absolutely, and I was aware of the fandom as I was fan. But I wasn’t part of any larger group. In fact, my first exposure to Star Wars fandom was through the Marvel Star Wars comics. 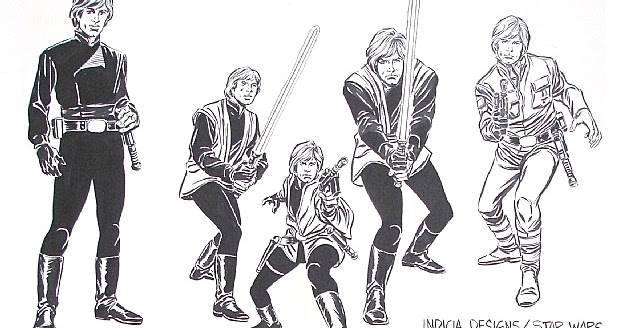 Lightsabre – You were brought aboard during an important story arc when the heroes were searching for Han Solo and when they tried to get the stolen plans of the new Death Star. Did you realize at that time that those would be such important stories?

RF – I knew we were heading towards the 3rd (film) but didn’t know the details of what Mary Jo was doing in the story.

Lightsabre – The pink-skinned Zeltrons originated from Marvel #70. Do you remember anything about the decision to make them pink?

RF – No, They were aliens but needed to be different so that is why they had the pink skin color. 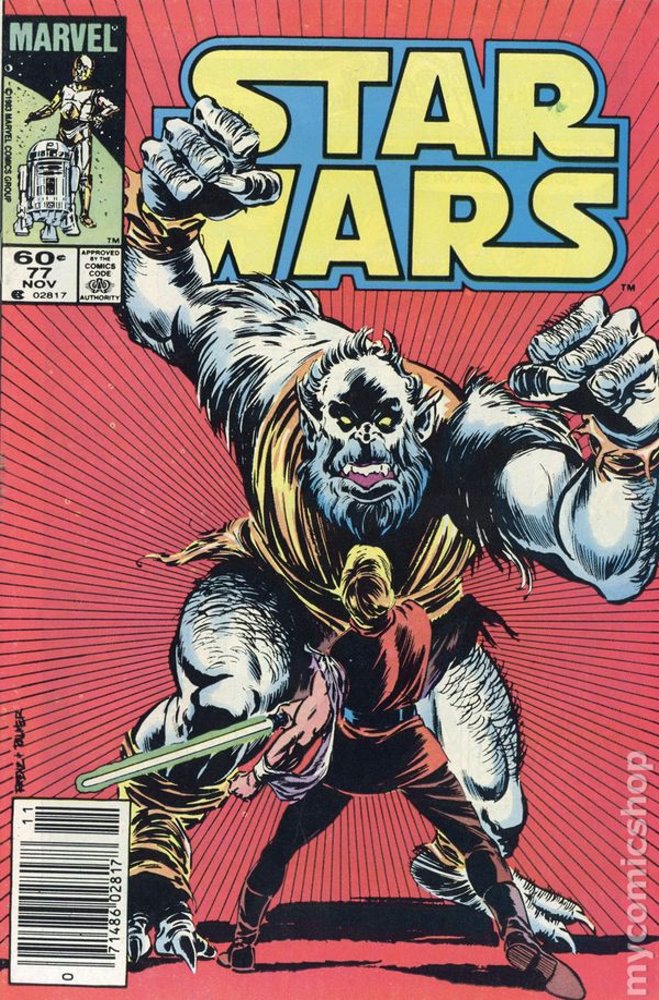 RF – Iskalonians were designed around Kiro, and he was intended to be an homage of Manga anime which was something that Mary Jo Duffy enjoyed. The Lashbees originally had more rounded eyes, like teddy bears, but were changed at the last minute so they would not seem so much like the Ewoks in the upcoming movie.

Lightsabre – You created several more ‘comical’ issues, some of them featuring the Lashbees. Did you enjoy using that light-hearted pace in the comics?

RF – Absolutely, Jo Duffy, was a genius at mixing comedy and adventure and those issues were great fun.

Lightsabre – You were the artist of one of the most memorable stories when the heroes encounter ‘Ellie’, the Droid of Tay Vanis. Do you remember the end of that particular comic and can you tell us something about that?

RF – It was all on the page as written by Jo Duffy down to the rain serving as C-3P0’s tears. That was ALL Jo and a fantastic story to be part of. 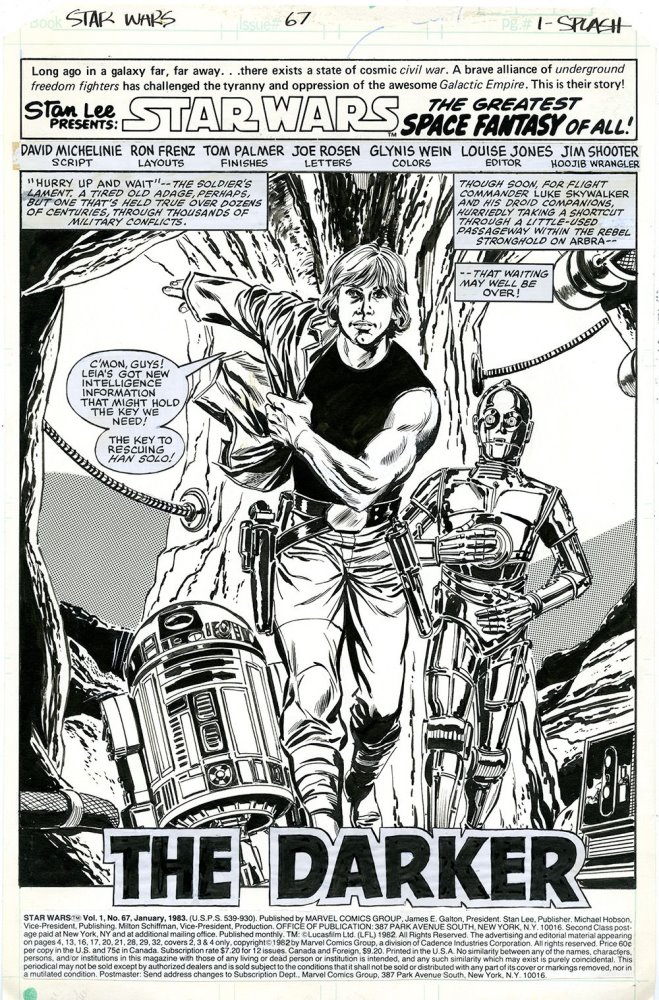 Lightsabre – You were the artist of the very first story that took place after Return of the Jedi. What do you remember about that? Did you receive any directions or restrictions from Lucasfilm, because that story brought Boba Fett back to life?

RF – I remember I ran late on that issue, which is why there was more than one inker. I never dealt directly with the Lucasfilm people, I just remember that there was a requirement in that story that Boba ended back in the Sarlacc.

Lightsabre – In your stories you were able to use several characters from the movies like Nien Nunb, Bossk, IG-88, Boba Fett. Did you like using those popular characters or didn’t that really matter to you?

RF – I enjoyed it more when we could use characters from the movies.

Lightsabre – How was your relationship with David Micheline and Jo Duffy who wrote a lot of the comics you illustrated?

RF – David and I had no contact at the time, but since have become friendly. Jo Duffy and I became close friends while working on Star Wars, but sadly I have not spoken to her in years.

Lightsabre – What’s your favourite of your Marvel Star Wars covers? 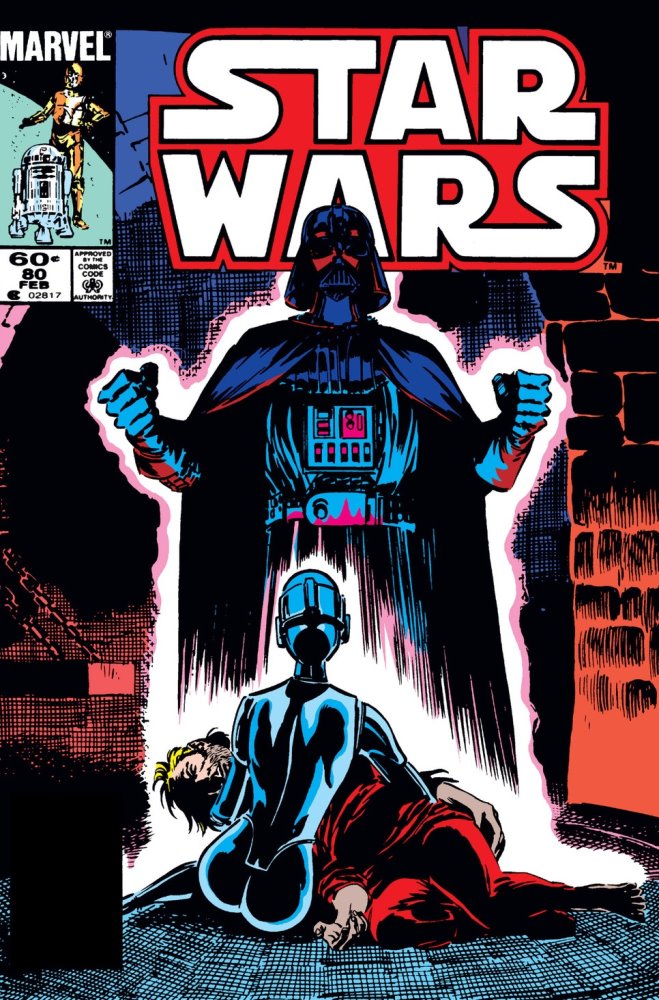 Lightsabre – What was the difference between working for Spiderman, Superman and Star Wars, three huge franchises and universes?

RF – The only real difference is the fact that Star Wars was a license and other parties, beside your editors, had a say in story direction and content.

Lightsabre – In the nineties the Marvel series was often treated poorly in official books and articles, but in the last ten years, the attitude has finally changed and they’re accepted as being a part of the Star Wars lore. How do you feel about that?

RF – I was happily unaware that they ever frowned upon. I was always thrilled to see any characters that I had worked on being included in the larger Star Wars universe.

Lightsabre – Have you been able to get the Hasbro Comic-pack figures based on your artwork, and if so what did you think of them?

Lightsabre – Did you continue to follow Star Wars after your Marvel work?

RF – I saw the (prequel) movies and watched The Clone Wars series, but I’ve never followed the Dark Horse series. My niece continues to read the novels about Luke, Han and Leia and will keep me posted occasionally.

Lightsabre – In retrospect, how do you look back at your Marvel experience? In your opinion, what’s the most important thing that the Marvels managed to realize for the Star Wars Universe and fandom?

RF – Overall I was very proud to play any part in the Star Wars saga. I believe that Marvel, being the first to adapt Star Wars in any way, set the tone and the bar for any adaptations to come later.