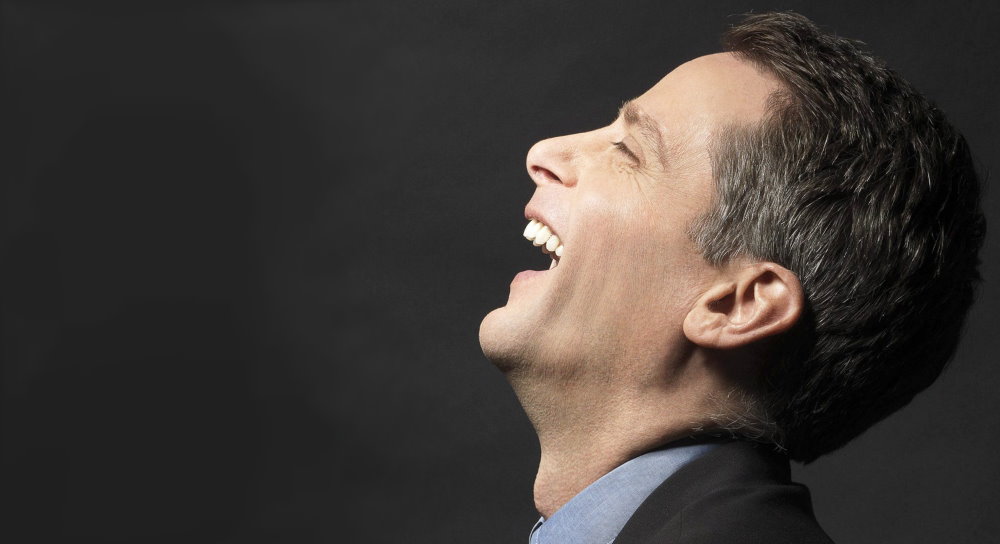 Between 1999 and 2009 Lightsabre.co.uk brought news, fanfic, podcasts and much, much more to the masses. Lightsabre closed its doors in 2009 and as such, a handful of interviews went unpublished on the site, so here is our 156th interview, with comedian and  half of Fode and Beed from The Phantom Menace Scott Capurro. 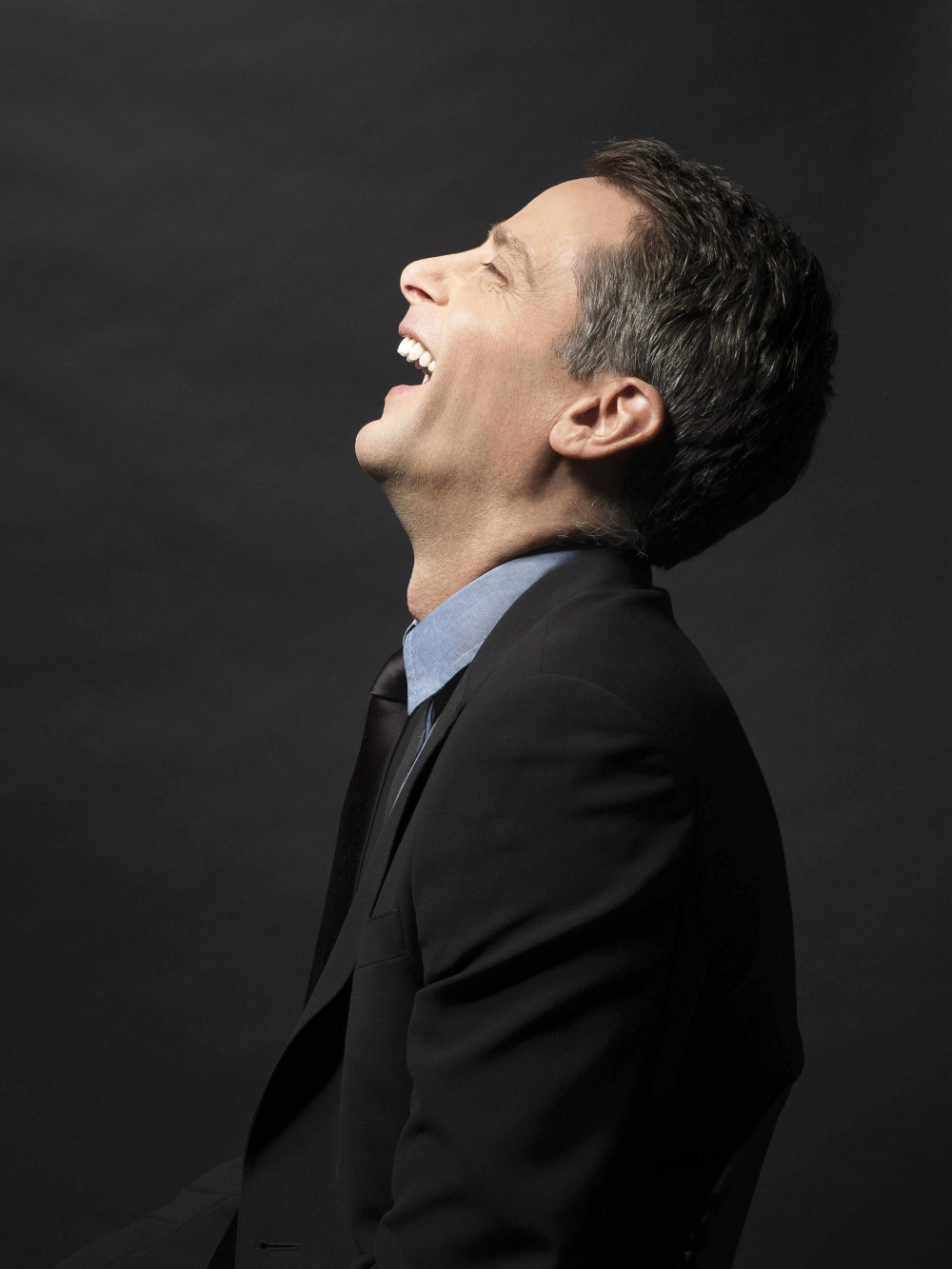 Lightsabre – You managed to become a part of the Star Wars galaxy with your role as Beed in The Phantom Menace. How does it feel to be a part of something so massively popular worldwide?

Lightsabre – Both you and Star Wars are from San Francisco. What is it about the Bay Area that breeds such creativity?

Lightsabre – Were you a Star Wars fan before this role came along?

Lightsabre – How did you come to the part? Presumably, with you being a noted comedian you must have anticipated the role requiring elements of humour?

SC – I was asked to audition. The casting agent wanted two American accents, so I went along with (Greg) Proops and he was brilliant, so we got the part(s). 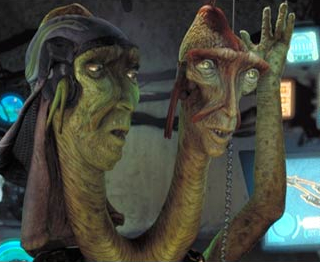 Lightsabre – Are you ever recognised as being one of the two headed announcers from The Phantom Menace?

Lightsabre – Your comedy is famously hard-hitting and holds no punches, tackling subjects such as gay rights, the Holocaust and the AIDS epidemic. In terms of comedy, do you have any barriers? Indeed, do you believe there even should be any barriers?

SC – I recognize boundaries, but I ignore them.

Lightsabre – You were on set for just one day alongside Greg Proops who played Fode. During that day you were both made up as your characters, later to have your faces replaced by the CGI version of Fodesinbeed Annodue. What was the process like, being hidden under the latex and glue of Beed?

SC – It was warm. But fun dressing up, like Halloween. Or a wedding. Or war.

Lightsabre – If another role ever presented itself in the Star Wars galaxy, what role would you like to go for? 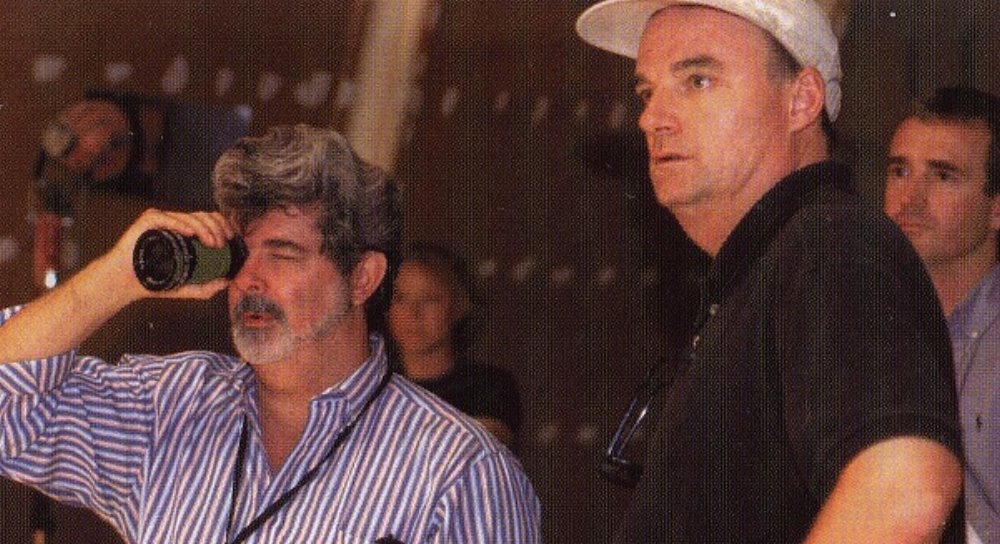 SC – Of course, the director, what’s his name, was very nice.

Lightsabre – You were described by The Guardian as ‘The most fearless and technically perfect stand up on the circuit‘. That’s an awfully big compliment. What does a comedian have to do to stay in ‘fighting shape’ and be prepared to go on stage and perform?

SC – Get as much stage time as possible. And believe your own hype.

Lightsabre – On the flip side of the previous question, The Daily Mirror said ‘He’s evil and should be forced to leave the country,’ We’re assuming you took that as the highest of compliments?

SC – I did. But I left the country as well. The Daily Mirror is scary. 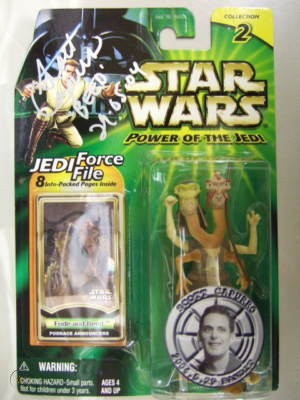 SC – My boyfriend wants me to do Deal or No Deal, but I’m an artist, so I’ll just keep writing dick jokes.

Lightsabre – It’s been a great interview, and thanks for being our guest. Just one final question. Fode and Beed are offered a job they can’t refuse – Rancor Pit announcer in Jabba’s Palace. Every time the Hutt gets angry, another victim falls through the floor and you two have to commentate. Give us a brief flavour of what Fode would have said when Luke fell through the grating into the Rancor’s clutches…?