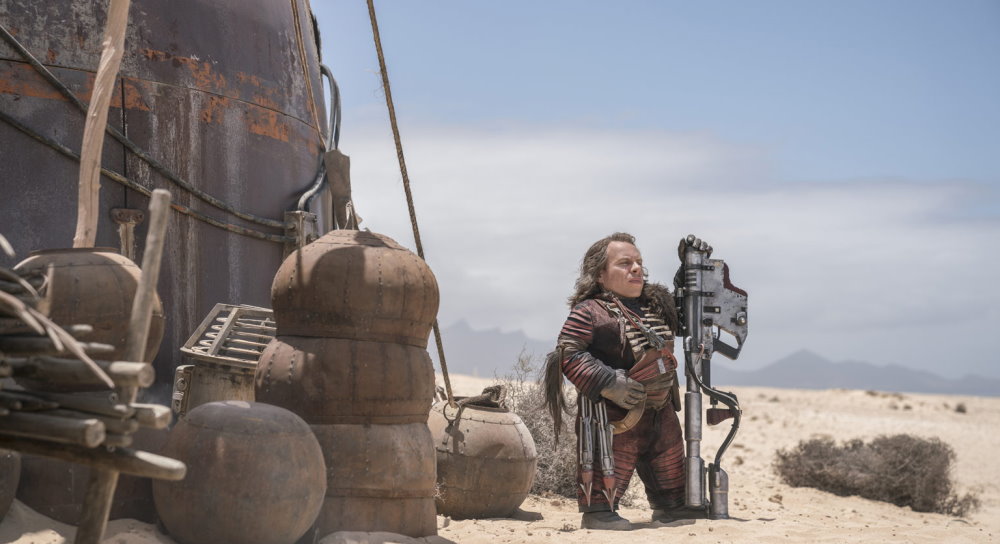 Earlier this year I was fortunate enough to catch up with the busiest man in Star Wars, Warwick Davis, for a chat about his career in the GFFA. Part one was published in issue 191 of the magazine, and StarWars.com bring excerpts from issue 192, out today in the States and 10th October in the UK as Warwick talks about the modern era of Star Wars, including his return as Weazel in Solo: A Star Wars Story.

Star Wars Insider: Weazel returned in Solo: A Star Wars Story (2018). Had you ever have imagined reprising the character almost 20 years later?

Warwick Davis: No, not at all. When we were working on Solo, we were looking at the design of this character, one of Enfys Nest’s gang, and we were talking about it for ages. We were trying different things, making drawings, and throwing ideas into the hat — scars and lenses, shaved head, all sorts of things — until someone picked out a picture of Weazel and said he looked kind of cool. The look then kind of dictated itself based on an older version of the character. I thought it was perfect, and then I started to think about what his journey could have been between those two points. He went from a gambler to a freedom fighter, trying to help Enfys make a difference. It all made sense. 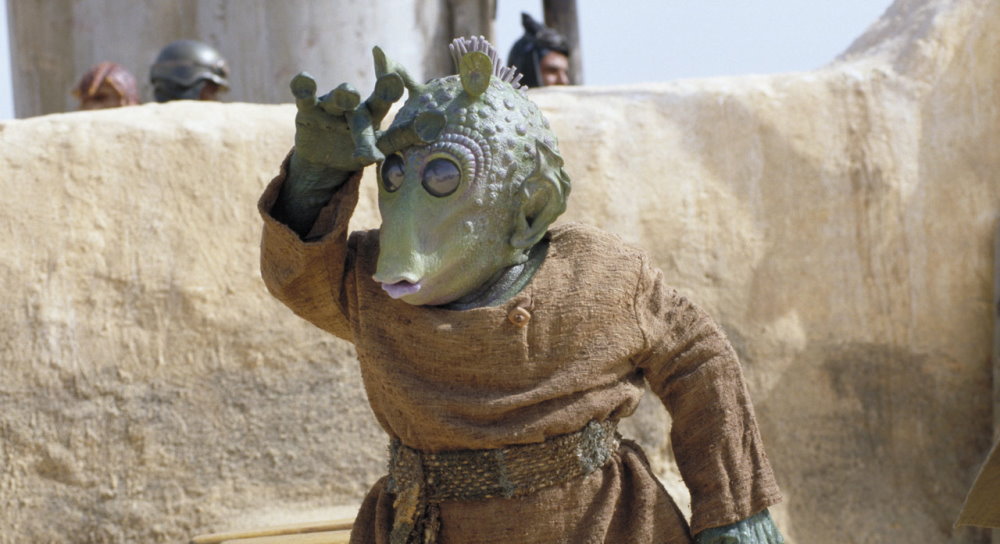 Star Wars Insider: And his name began with “W” again.

Warwick Davis: Yes, we didn’t have to invent another character name that began with “W” because it was already there. I remember before we came up with the name Weazel, I was invited by George to go to the recording session at Abbey Road Studios and watch John Williams score The Phantom Menace. While we were there I said to George, “Is there a connection between your name and Wicket’s name, in that yours is George W. Lucas and his is Wicket W. Warwick?” He didn’t answer, but what he did say was, “We need to give your character in The Phantom Menace a name beginning with ‘W.’”

At that point, I wasn’t really making the connection that every character I’d played up to that point began with “W”. I said, “Well, he’s a bit of a sneaky guy,” and George suggested Weasel, but with a “Z” instead of an “S”. So that was when we named him, in the mixing room at Abbey Road Studios. We never imagined that he would have further life beyond.

Be sure to grab both issues, and stay tuned as there’s some absolute gold in the issues leading up to The Mandalorian and The Rise of Skywalker.

Take a look inside the pages of Star Wars Insider #196