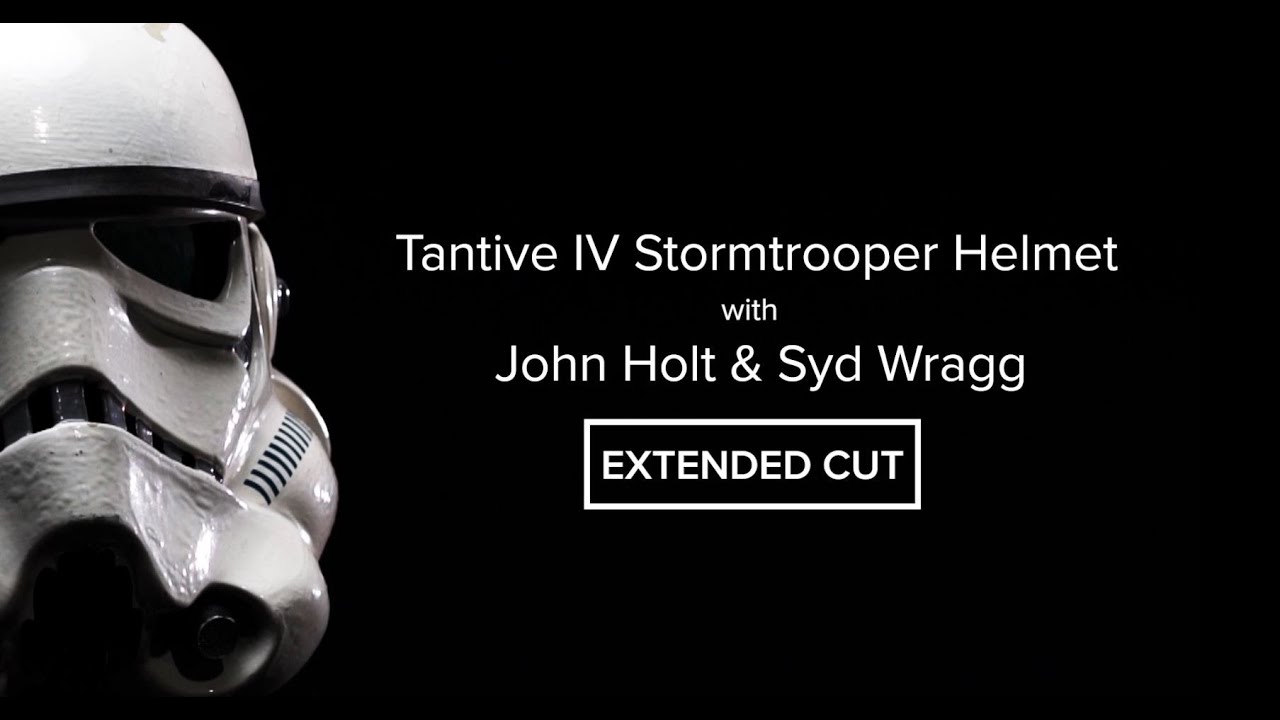 For more info and to bid: https://bit.ly/2n6HGuo

Special thanks to John Holt from everdonstarwars.com

The stormtrooper uniforms are just one of many indelible, iconic designs from the original trilogy, borne out of concept sketches by celebrated concept artist Ralph McQuarrie, who worked directly with Lucas on the Imperial foot soldiers’ appearance. The stormtrooper helmets created for the first Star Wars film were sculpted by artist Liz Moore and vacuum-formed by an outside vendor.

This superb helmet is complete, unrestored from its original first-film finish, and screen-matches to the scene early in the movie where stormtroopers bring Princess Leia (Carrie Fisher) to Darth Vader aboard the Rebel corvette Tantive IV. Unique characteristics in the textured finish of the paintwork, as well as the hand-cut teeth and eye openings, match the on-screen helmet exactly.

Approximately 56 standard helmets were created for filming, constructed from high-density polyethylene, or HDPE, a material used at that time to line garden ponds. The helmets were then finished with a glossy white paint, and additional linework and vent details were painted by hand.The helmet’s original aerators, or “mic tips”, are in place, as is the original rubber trim at the brow and the underside opening. The interior features an elastic chinstrap, a yellow piece of foam padding, and a thin green plastic lens sheet. The name “Syd” is also marked on the interior of the helmet, likely for Syd Wragg, a stormtrooper actor on the film.

The helmet has an interesting history: after production on A New Hope it was worn during a promotional event for The Empire Strikes Back held on 15 October 1978, called the Everdon Cross-Country Team Event. This unusual day saw Carrie Fisher, David Prowse, Peter Mayhew, producers Gary Kurtz and Robert Watts, and other key members of the Star Wars team participating in an equestrian event on an estate property in the UK. Original props and set decoration were utilised for the event, including several original stormtrooper costumes. The helmet was gifted to the event’s host, and includes a letter of authenticity from the original owner’s family.

Also included are six large black-and-white photographs from the Everdon event featuring Carrie Fisher on horseback, all of which are marked on the reverse with pen or pencil, providing details of the event, as well as a colour photograph of Princess Leia with stormtroopers on the Tantive IV, and eight additional photographs, some of which feature this helmet or a similar stormtrooper helmet, in an envelope hand-labelled “Mrs. R. Hawkins, Everdon Manor”.

The helmet and accompanying materials all exhibit signs of wear and age, including some chips to the paint and fraying to the helmet’s straps. Some of the chips show evidence of touch-up work, which was done during production or at the time of the promotional event – no additional work has been done on the helmet since.

Most stormtrooper helmets used in A New Hope were reconditioned for The Empire Strikes Back, which involved painting the grey “frown” (the distinctive mouth area) black. Helmets in original unrestored condition from A New Hope are exceedingly rare and just a few others exist in private collections.